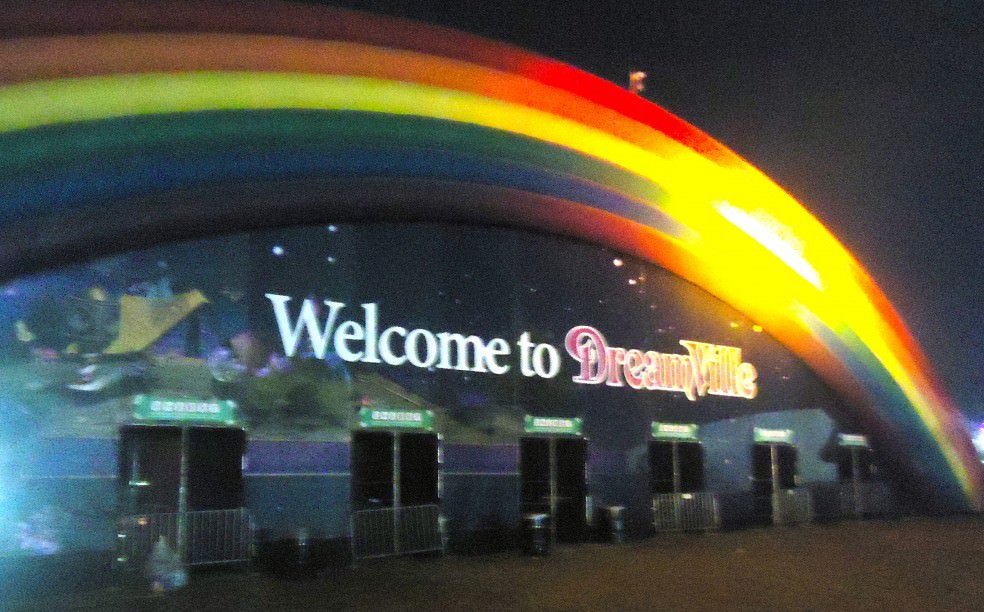 The time had come! After spending time in California, I was now in Atlanta, Georgia ready for my next big event. Having booked my ticket months before, I was excited about attending the biggest dance festival of all – Tomorroworld. Not just a dance festival, Tomorroworld is a gathering of people from all over the world who come together to unite and become the people of tomorrow. A great ethos which I obviously shared but I couldn’t wait for the music and was here to dance my little socks off.

Tomorrowland began in Belgium 10 years ago and only came across to the USA in 2013. This was the festival’s second year at Chattahoochee Hills, a venue they found to replicate similar grounds as the Belgium event. This was my first time and also my first ever time to a festival solo but what I didn’t know was that there was going to be many serendipities to come… 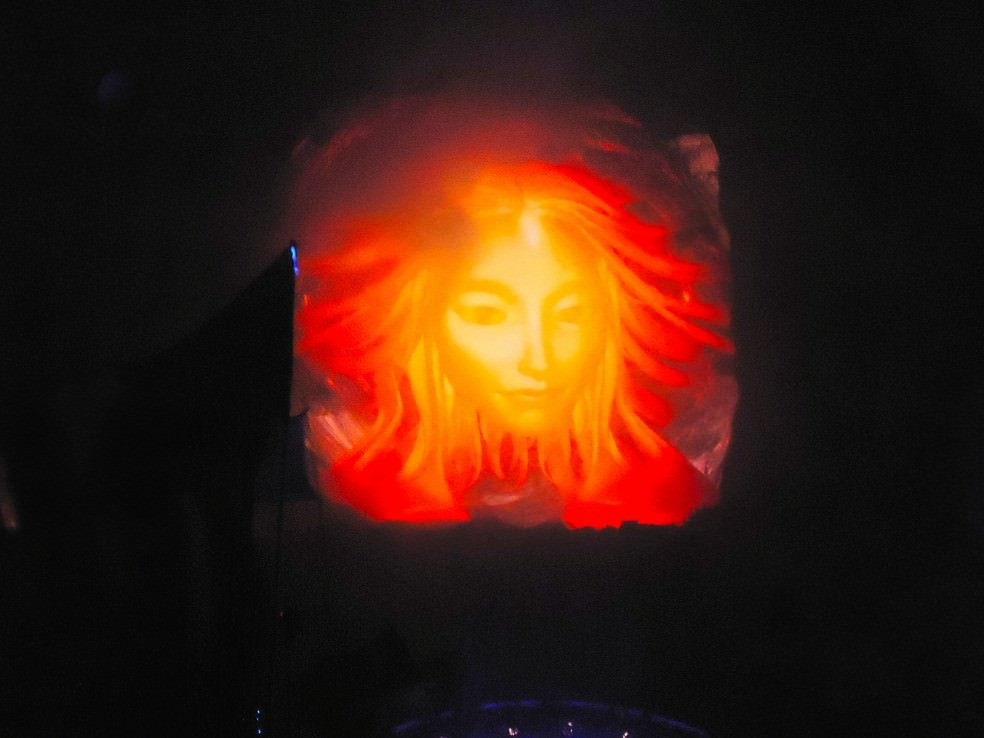 Having initially bought two tickets then realising my friend was unable to come, I had a dilemma. Did I sell my ticket too? But this was an event that I had been wanting to go to for ages. Not being able to attend the one in Europe, I had stumbled across the one in the USA and knowing that I would be in Latin America at the same time, I had booked the tickets.

I decided to go for it and attend the event by myself, not wanting to miss out. As I arrived in Atlanta and was waiting for the shuttle to my airport hotel, a guy who introduced himself as Alex approached me.

“Are you going to Tomorroworld?” he asked.

After a quick conversation and exchange of Facebook details, I had found someone to go with. And, the best thing was that he had hired a car and was going to drive me there and back!

So, on the morning of the event, I could barely contain my excitement, and with my new Tomorroworld partner in tow, we set off at 11am to Chattahoochee Hills in Georgia, just a 30 minute ride from Atlanta airport. 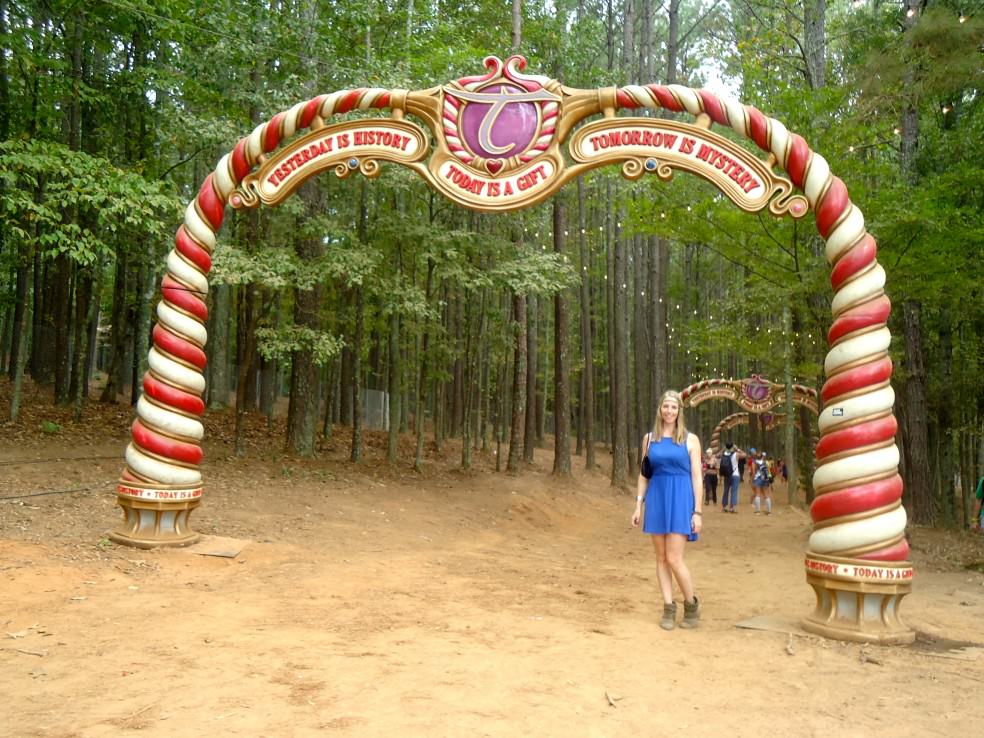 As I walked across the bridge and through the archway into the site, my dream was now becoming a reality as the ground opened up to a giant adult fairground of colour, people in costumes and pumping music coming from everywhere. This was Disneyland for adults and I couldn’t believe I was actually here. After watching numerous Youtube videos and feeling the excitement of the crowd, I was now here, one of 160,000 people that were due to flock to these grounds for the event.

With chill out areas and food stands everywhere, this place was beyond organised and the automatic bracelet system as a substitute for cash was genius. 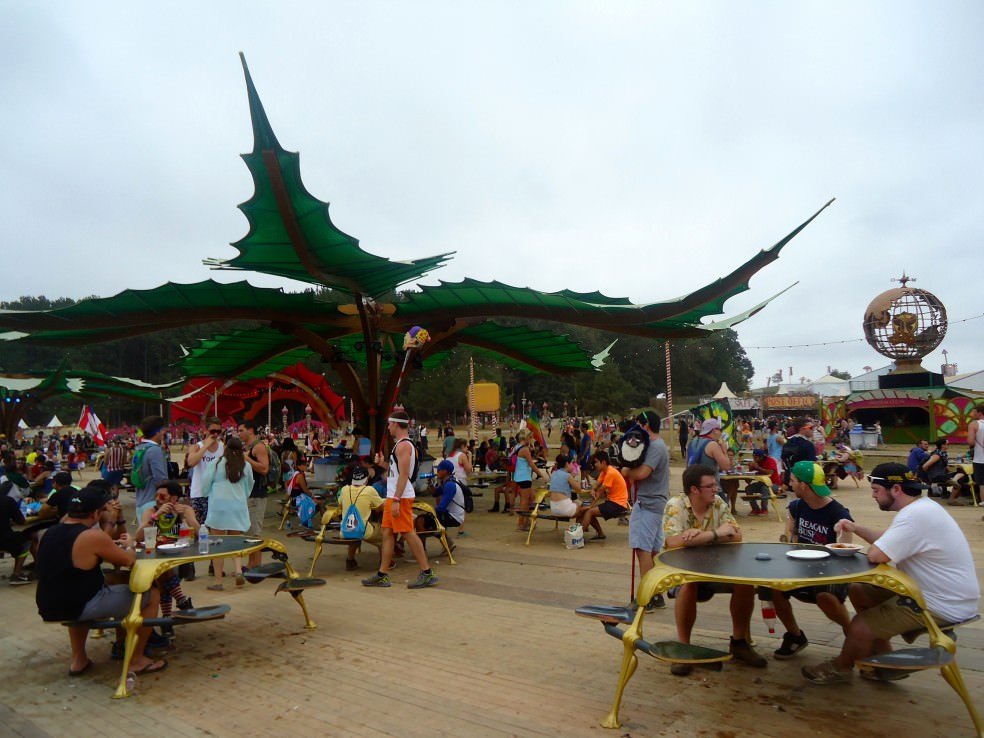 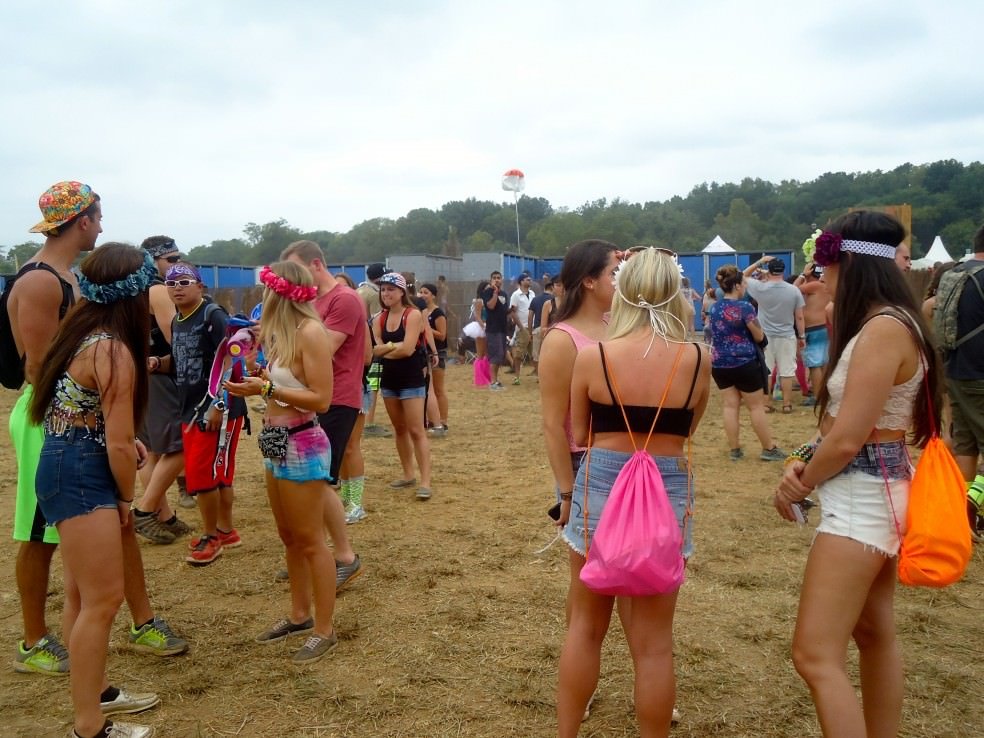 Because it was still so early and being midday it had only just opened, there was only a handful of people listening to the first set. I took the opportunity to stand at the front and stood dancing as Romeo Blanco blasted out his tunes, gradually getting into the vibe. Partying at lunchtime was not something that I was used to but anything goes in Tomorroworld.

Then after a quick lunch, and a new dancing partner in tow. Complete with his Swedish flag, we wondered into the tent for Ferry Corsten.

And that’s where I lost Alex (and my lift home)… 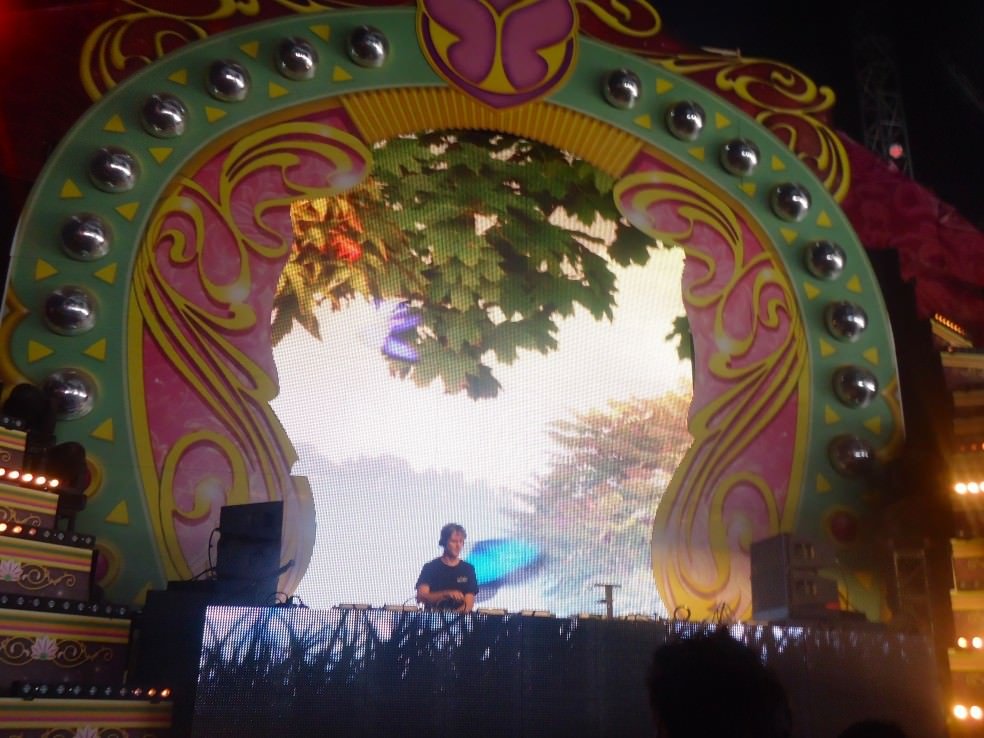 Off to charge his phone at the charging point, he never came back. I continued to dance with Daniel from Sweden and looked around at people dressed as geckos, wearing inflatable animals and anything else they could think of that was creative. It was a few hours later when I spotted a guy dancing by himself in front of us with a South African flag and shouted to him over the music to join us.

That was all he needed and as luck would have it, he had an English flag tucked in his bag that he happily lent to me to feel part of the crowd. But the best thing of all, was that he was staying at my exact motel at the airport. Fate has certainly intervened and as I had lost one lift home, the universe had presented me with another. 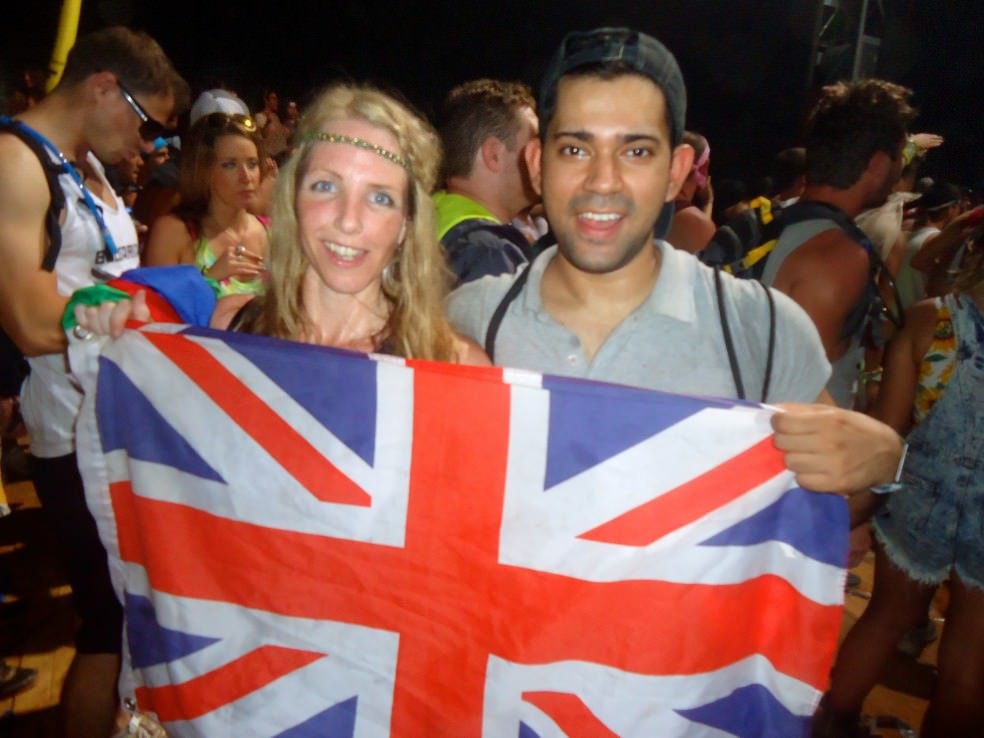 We left the tent to continue our dance marathon and made our way back over to the main stage for Martin Garrix. By now, the whole place was crowded and lights shone out across the fields. The main stage was lit up in all its glory with strobes striking out across the crowd. The sound system and base was beyond incredible and as everyone waved their flags in the air (including me with my new British flag) fireworks lit up the sky and the crowd came alive. 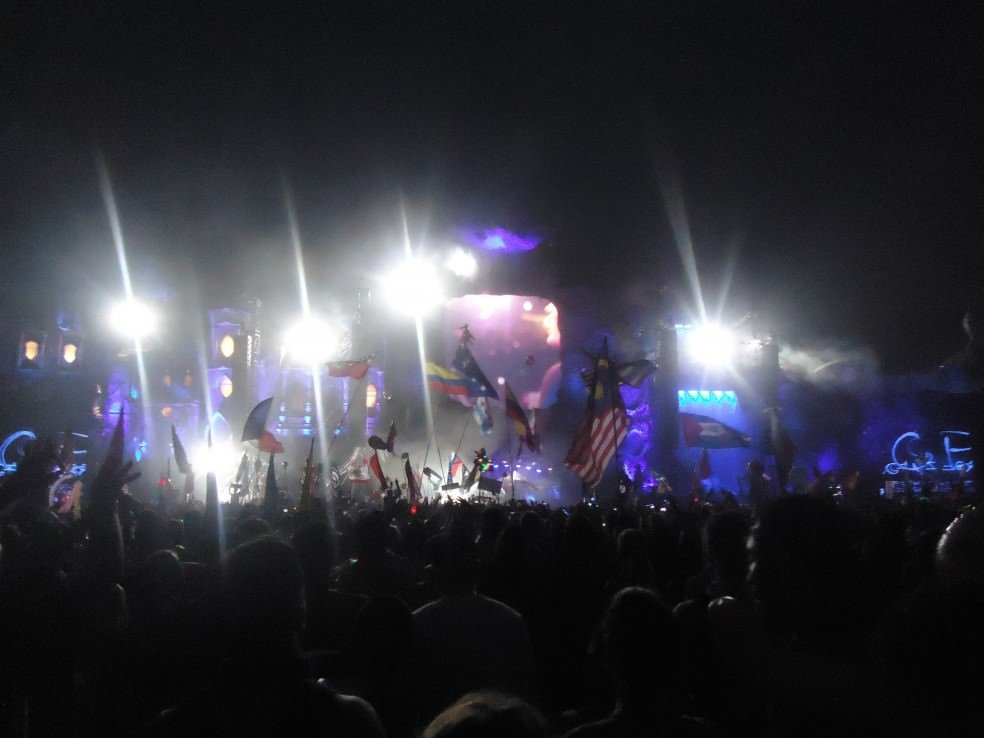 But more fate was to come, when I recognised the colours of the Colombian flag next to me and I spent the next hour dancing with my new-found Colombian dance partners shouting “Vamos!” as we boogied to David Guetta.

And ten hours after I arrived, exhausted, exhilarated and feeling completely alive at the same time, the evening came to close. But as the evening ended, my journey into Tomorroworld had only just began.

“Yesterday is history, today is a gift, tomorrow is mystery…”

Here's my sample of the best bits of Tomorroworld to show how amazing it is.

TomorroWorld takes place in Georgia every September and next year they’ve even got one in Brasil. If you can’t get tickets to Tomorrowland in Belgium (as they sell out fast), go to Atlanta for Tomorroworld. I promise you that it’s an event that will stay with you forever and give you chills each time you watch it back.

I stayed at Motel 6 in Atlanta airport which has good connections from the city with a free airport transfer then the MARTA train into Atlanta. To get to the Tomorroworld event, I had booked the shuttle service from the airport hotels which were due to drop people one hour after the event finished. It's really organised and I definitely recommend going if you're travelling solo.