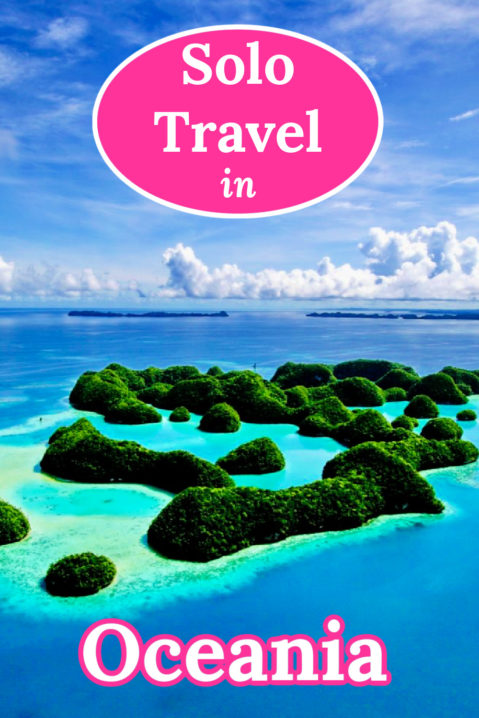 The most popular countries for solos are Australia, New Zealand and Fiji, which offer backpacking adventures and the chance of meeting other solos. Visit one of the other islands for a more luxurious holiday.

The Pacific Islands are more known for couples, but some islands do attract solos. If you’re looking for somewhere less discovered, then visit the Soloman Islands, where you can dive within sunken wrecks and underwater volcanoes.

Lose yourself in the jungles of the Cook Islands, swim in Tonga’s lagoons or explore the volcanic islands of Samoa. Micronesia is in the western Pacific Ocean and has more than 600 islands and locals who mainly depend on farming and fishing.

You may find that people are more accommodating in Vanuatu than French Polynesia, so you may prefer to have company here rather than going solo. To help you decide which destination to visit solo, below is a summary of the mostly visited countries and how to get around each one. 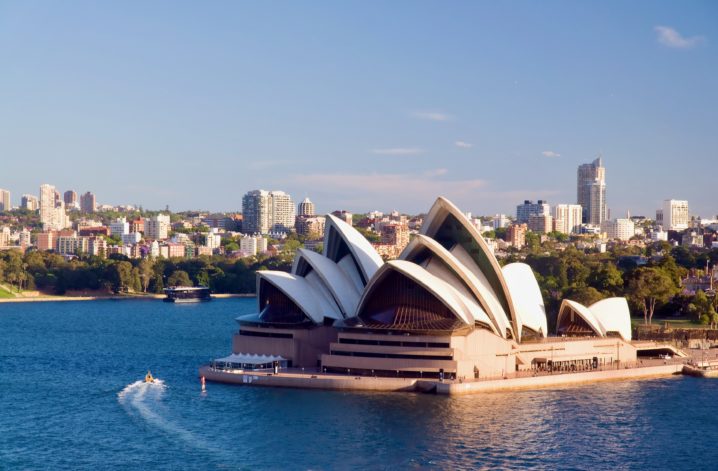 Australia is a place of vast distances, beautiful scenery and islands. The country is a solo traveller’s paradise with cities, wetlands and a vast outback.

The red centre is home to Aborigines, Australia’s indigenous tribe. Here you can learn about their origins or just marvel at the changing colours of Ayres Rock at sunset, party hard along the sunshine coast, explore the wetlands of the Northern territory or enjoy the coffee culture and boutique shopping of Melbourne.

Take a drive along the Great Ocean Road, climb the Sydney Harbour Bridge or take a boat trip around the harbour. If you prefer marine life and underwater worlds, the Great Barrier Reef has some of the best diving on the planet.

Just a boat ride away is the island of Tasmania, which boasts the cleanest air in the world. Food and wine here is just divine and a trip is not complete without visiting Wineglass Bay, one of the most photographed beaches in the world. Discover the ghostly past of Port Arthur and spot the island’s famous Tasmanian devils in one of the wildlife parks. * Read: Solo Travel in Tasmania

Australia is known for its travelling culture, so wherever you choose to start your Down Under adventure, you’re guaranteed to meet others en route. Most travel along the East Coast, which is known for its party atmosphere. Because of its ease, many gap year and younger travellers choose to visit here to experience life ‘Down Under’ before entering the job market.

Travelling solo in Australia as a woman is fine, as people are so friendly, but be prepared for some strange souls in the outback, especially in Katherine and Tenant Creek. Oz is great for a first timer – there are endless supplies of hostels and hotels, and everyone speaks English. It’s a traveller’s dream. (For travelling around Australia, see below New Zealand). 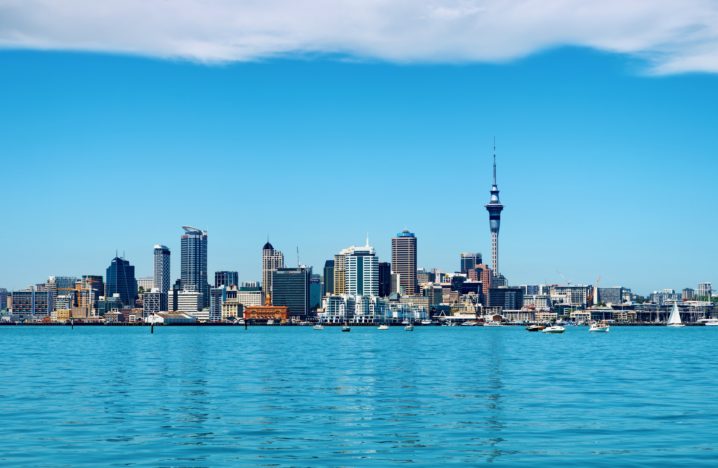 Across the Tasman Sea is New Zealand, a country formed of two islands. Known for its stunning scenery, this country is perfect for nature lovers. From the cosmopolitan city of Auckland to the tropical Bay of Islands, New Zealand is bursting with adventure and the resort of Queenstown is an adrenaline junkie’s dream. Visit Milford Sound for impressive waterfalls, Invercargill for a Scottish vibe or Akaroa for a trip to the Lord of the Rings Middle Earth.

New Zealand is also perfect for the first timer. It’s smaller than Australia, cheaper and really safe to travel around (plus, you won’t encounter those strange souls in the Outback). If you love the outdoors and adventure sports, then this country is for you.

New Zealand is popular for those on a working visa and as part of a round-the-world ticket combining Asia or the Americas on the way. People are down to earth and it’s so easy to travel as a solo; you could even hitchhike if you got stuck. 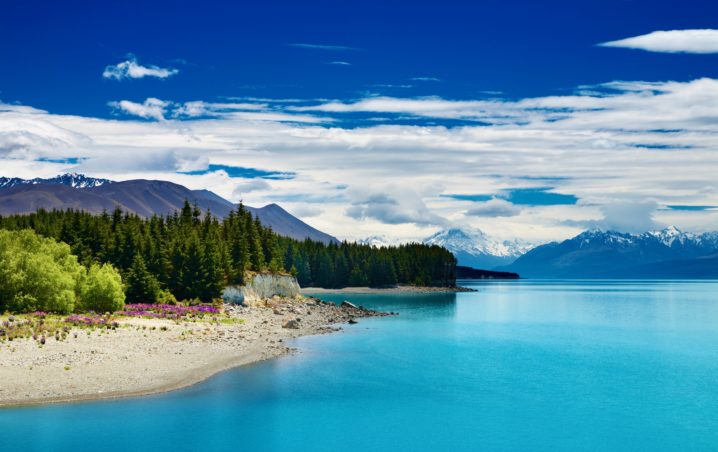 Travelling Around Australia and New Zealand

Australia is so vast that this country needs a lot of time, so don’t expect to be able to travel around it in a matter of weeks. There are so many different methods of transport that you’ll be spoilt for choice.

Hop on hop off buses such as Kiwi Experience operate in Australia and New Zealand. These do attract a younger crowd, so consider an adventure bus for slightly more mature travellers if you don’t want to be surrounded by 18-year-old partygoers.

Stray Travel operates in both Oz and NZ and is more for the adventure traveller. You can find yourself white-water rafting or kayaking on your chosen stops (plus, you get ready-made friends too). Both countries also have a bus network to get around. Some bus companies allow you to buy a segment for various sectors that you want to travel to.

If you want to see Australia or New Zealand at your own pace, then hiring a campervan will give you the freedom you need on the road. It’s perfectly safe too, although driving in the Australian outback is not recommended unless you really like a challenge and love driving for hours on a straight road with no other cars in sight.

You can rent a small, two-berth campervan which is more than enough space for one person. If you’re going to be here for a while, then buying a campervan or car instead of hiring one may be a better option. You can always find others who want to do a road trip to share the costs along the way, especially if you stay in hostels, then you can sell it when you finish your trip. • Check campervans for Australia

For longer distances, there are internal flights with airlines such as Qantas and Jetstar, who also fly within New Zealand.

Train journeys here are epic and will take you across Australia all the way from Perth to Adelaide or up through the Red Centre. There are sleeper seats for the longer sectors of the journey and a buffet car for snacks and to meet others. You also have the option of exploring when the train stops in old mining towns.

In New Zealand, trains are limited and expensive, so taking a bus or driving yourself around is the best option. There are ferries between the North and South islands, so you don’t have to fly between the two. 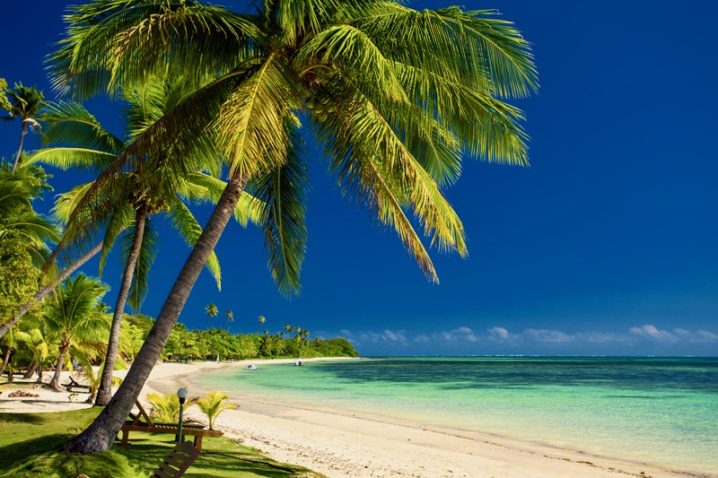 Relax on paradise islands in Fiji

As well as luxurious holidaymakers, Fiji also attracts those backpacking from Australia and New Zealand. Its tropical islands are the perfect place to relax, try your hand at watersports and spot turtles.

Fiji may conjure up images of white powder beaches, but Suva, the capital, does have its crime, so be careful when transiting through to the islands. Unless you’re sunbathing on one of the beaches, keep yourself covered up, especially if you’re in rural areas. You may find yourself paying over the odds on the Coral Coast, so avoid the touristy areas if you want to save money.

In Fiji, express buses take you around the mainland and boats take you to the islands. Ferries operate in French Polynesia or you can choose to cycle. You could even take a flight to Easter Island to maximise your trip. In Vanuatu, expect to find minibuses and to travel on the back of trucks to get around. 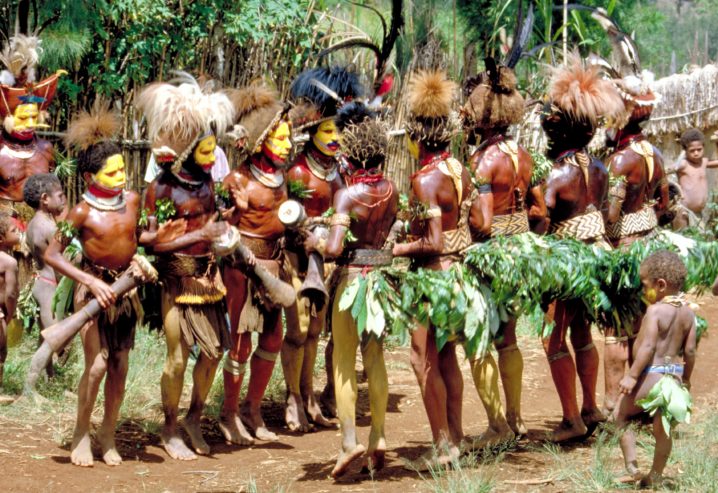 Papua New Guinea has hundreds of islands, many of which are barely trodden by tourism. If you are interested in tribal culture, then visit Papua New Guinea for mudmen warriors and thousands of other tribes. As well as tribal traditions, its other attractions are tropical birds, beaches and coral reefs. You can even go diving here.

Port Moresby is the capital and you do have to be careful here, as well as in Lae and Mt Hagen. Getting around Papua New Guinea is expensive. Chartering a vehicle and internal flights are costly. There are minivans and dugout canoes but only locals really use them. If you do want to visit this country it’s easier and advisable to join a group tour, especially for safety. 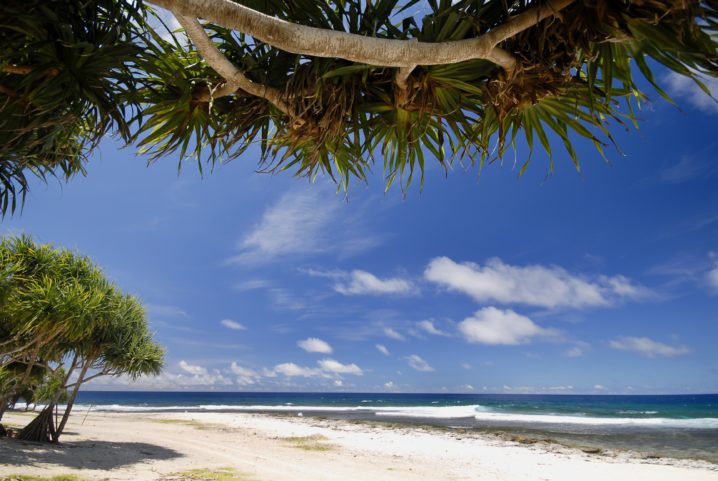 Vanuatu is an archipelago made up of more than 80 islands with breathtaking landscapes and water activities. Vanuatu is not yet a hotspot to visit, so it’s not crowded and is great for those seeking some alone time. Even though the locals in Vanuatu are friendly, nice and respectful, you still have to be careful with what you wear.

Avoid wearing revealing clothes outside the resorts to swerve any unwanted attention. Vanuatu is known for its low crime rate but even though Vanuatu is a safe place to travel alone, you still have to be vigilant.

The best way to get around Efate, the main island, is either by taxi or bus. Avoid going out to isolated places or taking public transport late at night. 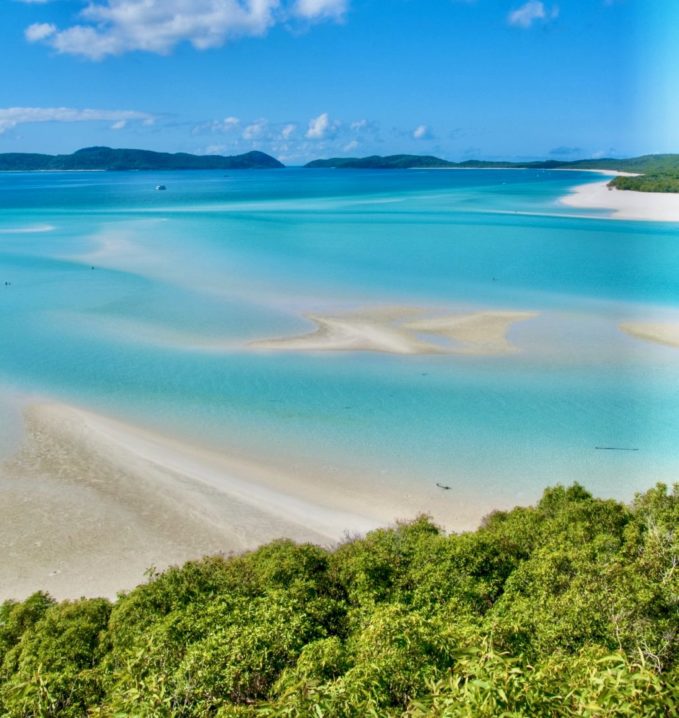 Things To Do in Oceania

Seven Wonders of the World 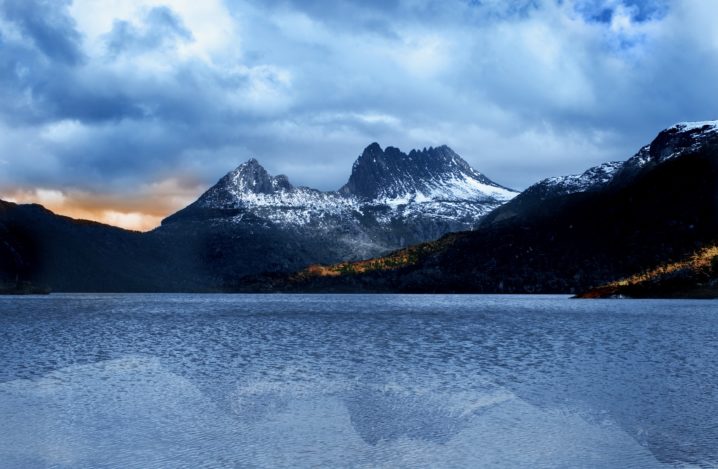 Australia – Any of the cities in Australia. 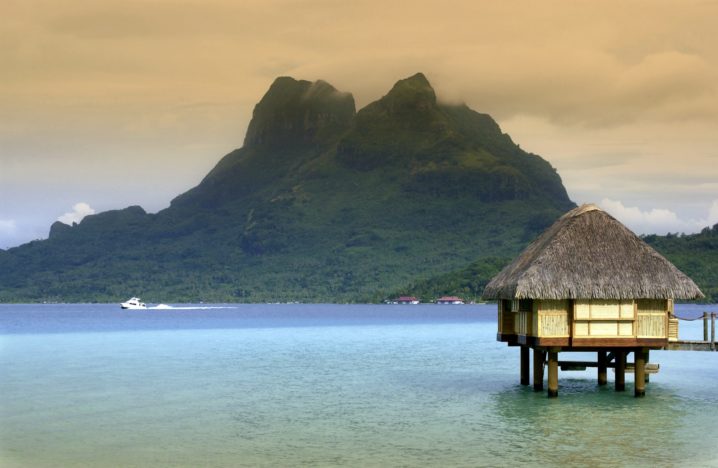 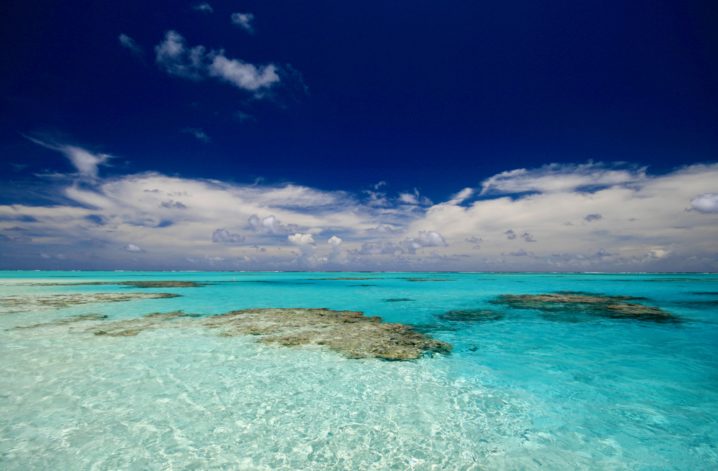 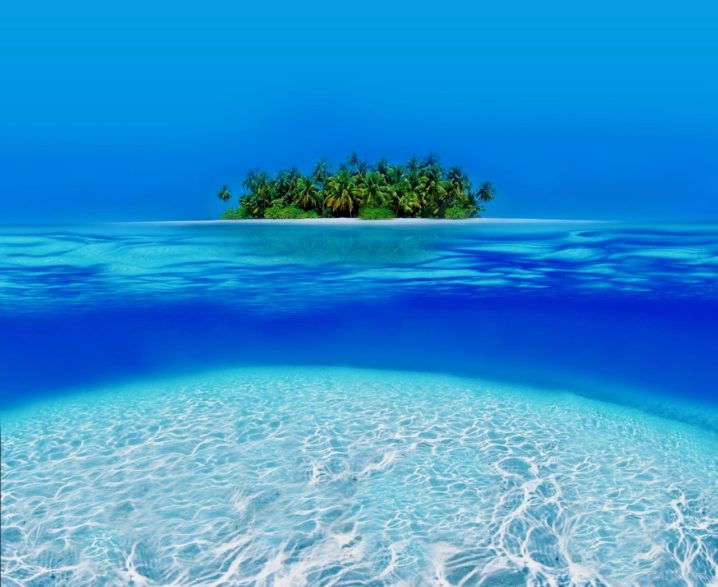 One Month in Oceania

Cairns to Fiji – Cairns, make your way down to Sydney, Auckland down to Wellington, Nelson down to Invercargill, fly to Auckland, fly to Fiji.

If I've inspired you to travel to Oceania, click on the photos below for the country solo guides. 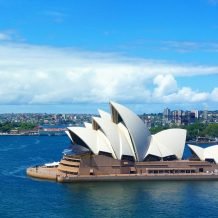 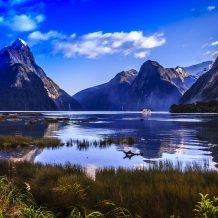 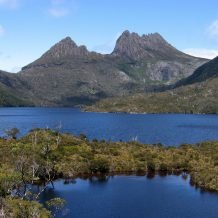