Eswatini (formerly Swaziland), is one of the safest countries in Africa and as Swazis believe that greeting foreign guests is a form of gaining wisdom – it’s also the friendliest! The country is untouched by mass tourism so travelling solo in Eswatini will feel like being alone in some of the remote areas and you can hike for days without seeing another soul. If you want to meet others stick to the budget accommodation in the towns.

Crime levels are low here but avoid walking around downtown areas at night. In fact, the only drama you’ll face here is being stopped at a police checkpoint on a self drive where they’ll probably just want to talk to you for ages! We've given Eswatini 3 out of 5 stars. Discover how to solo travel in Eswatini below. 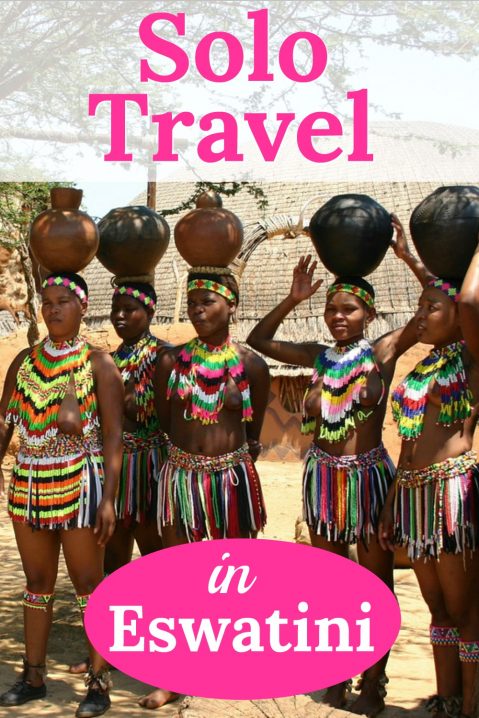 Things To Do in Eswatini

Eswatini is sandwiched between Mozambique and South Africa and used to be ruled by the British. Most people transit through and only stay a couple of nights but this country drenched in its old traditions is definitely worth the time. The country is one of the last remaining monarchies in the world and the royal family play an important part in their sustainable way of life.

There’s lots to do here and Eswatini actually has five game parks and four of the big five. There’s great organic food, walking trails, not to mention casinos and golf and for the adventurer there are canopy zip lines, grade 4 whitewater rafting on the Usutu River, abseiling, paragliding and caving for heart pumping action.

They even have their own Ayres Rock; Sibebe Rock which claims to be the second largest mound of exposed granite in the world. Arts and crafts are big here too, from mohair weaving, wax sculptures and soapstone carvers at the roadside.

The northwest has the most spectacular scenery with the Kingdom’s highest mountain peaks, spectacular waterfalls and breathtaking views as well as the oldest Iron Ore mine in the world and ancient rock paintings dating back to 450AD. Grassland plains are overlooked by the ‘Execution Rock‘ once used as a place for punishment where the perpetrator would be thrown off the edge to their demise. 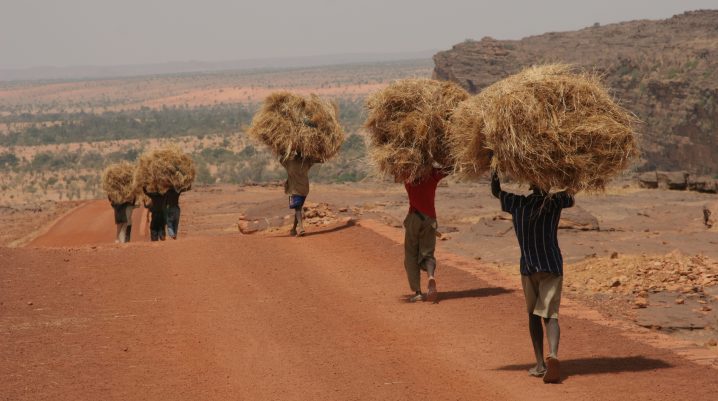 Mlilwane is Eswatini’s oldest protected area and the most visited reserve. It sits in a secluded sanctuary in the Ezulwini Valley known as the ‘Valley of Heaven.’ Stay in a traditional Swazi homestead and watch traditional dancing in the evening performed by the men of the tribe.

You don’t have to go far for game drives in Eswatini as there are a number of reserves but if you prefer to ditch the car, a walking safari or by horseback is a great way of seeing the animals and you may even catch a glimpse of the Purple-crested Lourie: Eswatini’s national bird.

The capital is Mbabane but there’s not that much to do here so head out into one of the reserves instead. Visit the museum for conservation history, the Interpretation centre for Swaziland’s heritage and to learn more about poaching.

The Swazi Cultural Village and Mantenga Nature Reserve are a valuable insight into Swazi life. Glass blowing was introduced to the country three decades ago and you can see the glass blowers in action at the famous Ngwenya Glass Making factory – great for those animal-shaped souvenirs.

Hawane Nature Reserve is nearby and has breathtaking beauty and majestic peaks. You can do a canoe safari here along the Komati River known for its San Rock art and livestock farming. Just one hour south of the capital are the Ntfungulu Hills and Ngwempisi Gorge, a beautiful rugged area of Eswatini. 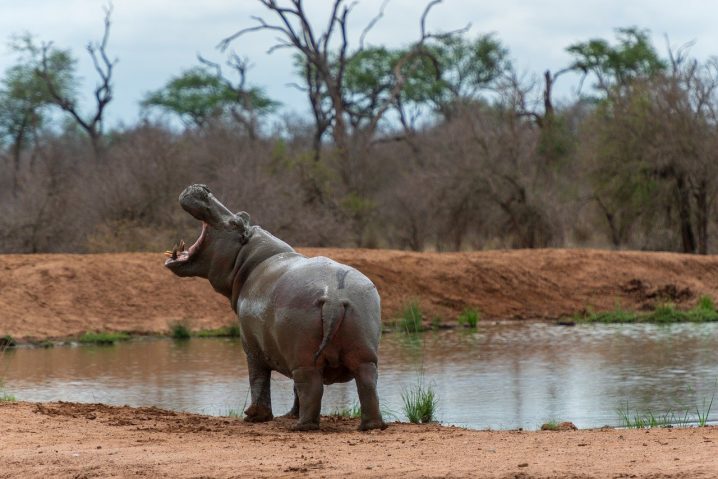 Just North is Malolotja Nature Reserve; an impressive mountain park with as much tranquility or adventure as you need. The views here are stunning from high mountains to the deep river valley and the best way to explore this last unspoilt mountain wilderness is by zip wire or a canopy tour that scrosses the Majolomba River (or along the guided bike trails in you prefer the ground instead).

As well as unlimited nature and gorges, Eswatini is all about the people and their traditions. Visit the traditional healer (the Sangoma) in the Shewula community for an intriguing insight into your future. If you want to see four of the Big Five, head to Hlane Royal National Park for lion, leopard, elephant and rhino.

Eswatini claims to be the best place to see rhino in the world and they can sometimes be spotted at the water hole in Ndlovu camp. Mahlindza water hole has two viewing places for birdwatching and other animals.

Head to Mbuluzi for a unique game reserve in the foothills of the Lubombo Mountains. This area is beautiful to drive around and is no stranger to bio-diversity. Blue Wildebeest, Impala (a type of deer), warthog, leopard, hyena and crocodiles all live here, together with the largest herds of giraffes in Eswatini. For bird watchers there’s over 300 different types of species to be found.

Mkhaya also has four of the big five and many of the Acacia trees known to Africa. There’s a refuge for endangered species with an intensive breeding project for the smaller population of animals in the country. The Kingdom of Eswatini is a whole new world just waiting to be discovered… 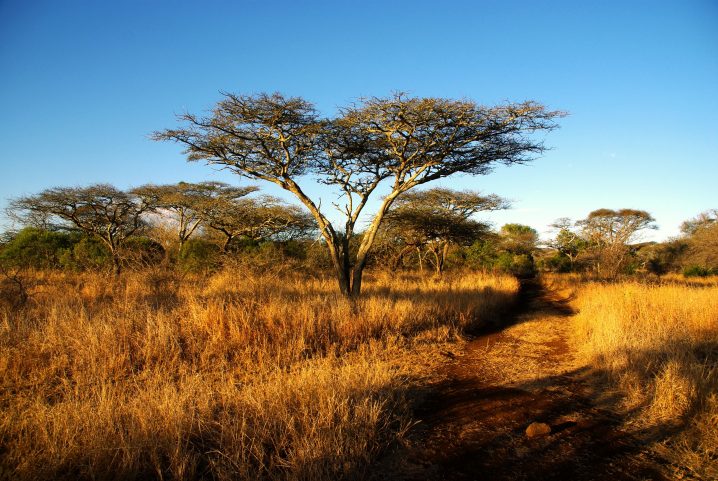 Minbuses or small vans (a matatu) travel throughout the country and can be flagged down on main roads or at terminals in larger towns. They can be confusing and this country is so much easier to navigate yourself on a self drive. Travelling distances are short and the roads are signposted (there’s even a Hyde Park Lane!) 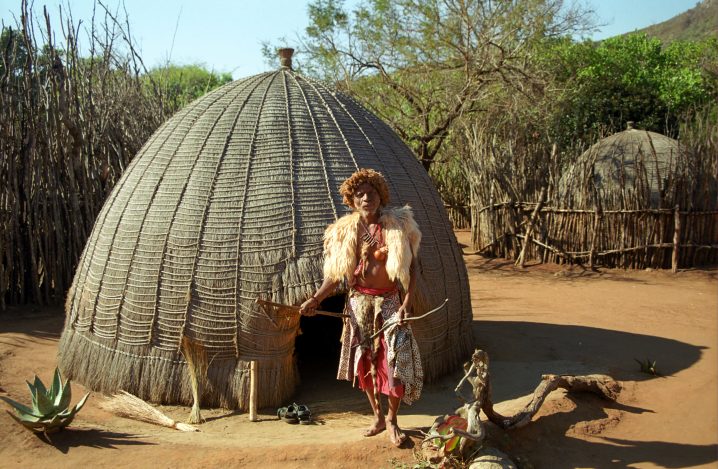 If you feel more comfortable in a group for either part of your trip or the whole duration, G Adventures is a responsible tour company which mainly caters towards budget travellers. Most tours have an average of 10 people and there is no upper age limit.

Once you book your trip you pay extra for any excursions you want to do when you’re there. If you are planning on seeing more just Eswatini, they have a 9 day Kruger and Swazi overland trip combining the mountains and village culture.

If you have longer, join their 17 day South Africa and Swazi overland tour which starts in Johannesburg and ends in Cape Town. There’s even a tour combining Mozambique for 13 days. I have personally used G Adventures and recommend them as a solo female friendly company.

Intrepid Travel is similar to G Adventures with an average of 12 people on each tour. They tend to use hotels instead of hostels and have a more comfortable style of accommodation hence the trips can appear a bit more costly than G Adventures. Their trips are carbon offset and range from a 9 day Kruger and Coast trip starting in Johannesburg and ending in Durban.

If you have 3 weeks join their Kruger, Coast and Cape tour on an overland camping trip over 22 days, capturing some of the region’s best places. Read our Intrepid Travel Reviews

With both tour companies you share a room with someone of the same gender or you can pay extra for your own room.

Mataspha airport is 15 minutes outside of Manzini (the airport has Wifi!). A taxi will cost less than £5 to Manzini or approx £15 to Mbabane. Local buses run into Mbabane and Manzini and are cheaper.

When you solo travel in Eswatini, plan at least 10 days to see Mlilwane, Mantenga, Hawane, Malolotja, Shewula and Ndlovu.

Eswatini is a great multi-centre trip and can be combined with other African countries.

To South Africa – Bus services run to Johannesburg (3.5 hours from the Ngwenya border), Durban or Cape Town from Mbabane or Manzini. The South African Baz Bus (popular with travellers) travels from Swaziland to South Africa.

To Mozambique – Bus services run from Mbabane or Manzini to Maputo only 50 miles away. There a number of border posts between the two which open at 8am until at least 4pm.

Did you know? Eswatini's King Sobhuza II was the longest reigning monarch in the world.

If you are planning to solo travel to Eswatini, below are some useful links to help you plan your trip.

What Plugs Do I Need?

Events and Festivals in Swaziland

Weather in Eswatini – Below is the annual weather forecast for Eswatini from January to December.

1 thought on “Solo Travel in Eswatini”