Central America solo travel has it all: Mayan temples and Aztec ruins, great nightlife, crystal waters, the world’s second longest reef, active volcanos and lush vegetation, not to mention big cats and an abundance of wildlife.

Its history dates back thousands of years and evidence of the Maya empire can be found in Mexico, Guatemala, Belize and Honduras. If indigenous tribes and barely-trodden rainforests are on your bucket list then this continent will not disappoint.

With 10% of the worlds’ biodiversity, Central America has one of the richest eco-systems on Earth with hundreds of species of plants and birds, being the perfect continent for those who love nature. You can trek amongst a mystical cloud forest, climb one of the many volcanoes, enjoy some of the best surfing in the world or just simply relax on white sand Caribbean beaches.

Sail through the Panama Canal or visit the unspoilt islands off the coast of Nicaragua – the largest country in Central America. With zip canopies, jungle lodges and adventure sports, Central America is one big adventure, but not all of the countries are safe for solos.

The region isn’t known for its safety, so you do need to exercise some caution here, but you won’t be singled out because you’re a solo female. The safest countries here are Panama and Nicaragua, and the ones to be careful in are Honduras, Guatemala and El Salvador. However, the cities do have a reputation for crime, except Panama City.

Belize is the only English-speaking country on the continent and this former British colony is brimming with diversity. Head to the Cayes for Caribbean islands and the Great Blue Hole or inland for jungle, big cats and Central America’s largest cave system.

Explore the many museums of Mexico City then journey east to Chichen Itza, Mexico’s most famous Mayan temple. If you love nightlife, Cancun and the Riviera Maya will not disappoint and there are many cenotes and beautiful beaches to see.

Guatemala has much to offer and is home to active volcanoes and the jungle Mayan temples of Tikal. Take a trip back in time to the World Heritage Site of Antigua, stroll around the colourful town of Flores or explore Lake Atitlan, one of Guatemala’s many lakes. Learn to dive at the Bay of Islands in Honduras or head to Copan for Mayan ruins.

El Salvador is the smallest country but its remnants of a past civil war make it an interesting country. It is also known to have the best surf in the continent but with so much conflict check the situation before you travel there.

Visit the unspoilt islands off the coast of Nicaragua instead, or sail through the Panama Canal before exploring the World Heritage old town.

Then there is Cuba, the largest island in the Caribbean Sea. This country in Central America is like no other with American classic cars, horse and carts, cowboys smoking Cuban cigars and endless dancing.

Known for its music, Cuba even has its own style of salsa which echoes from street corners. Visit Trinidad for colourful houses and interaction with locals, Holguin for turquoise waters and Havana for a derelict-chic old town.

No other country does eco-tourism as well as Costa Rica. This biodiverse country is teeming with tropical birds, waterfalls and lush vegetation making it one of the most popular destinations on the continent. With zip canopies, jungle lodges and adventure sports, Central America is one big adventure just waiting to be explored. 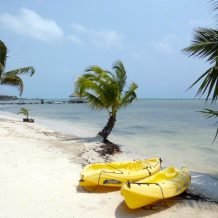 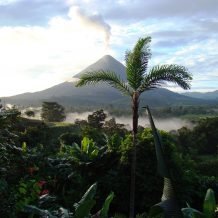 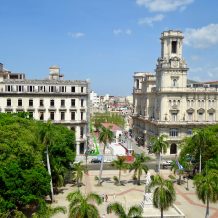 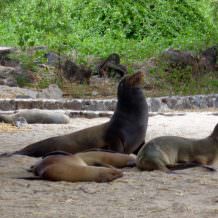 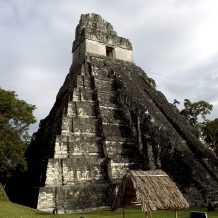 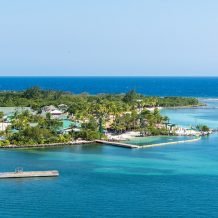 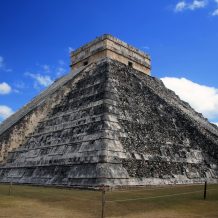 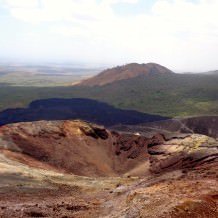