Did you know? Africa is where mankind is thought to have begun, and what makes it unique is its many tribes and diversities.

Languages spoken: Too many to name, including Afrikaans, Zulu and Swahili. The northern countries, such as Tunisia, Morocco and Algeria, speak French Arabic. South Africans speak English. In West Africa, due to the colonisation by European countries, the main languages are either French, English, Portuguese or Spanish (varying from country to country). 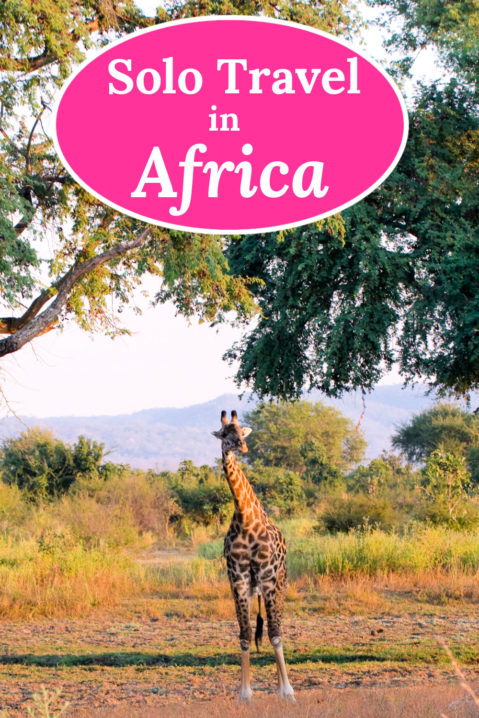 Africa is a diverse continent and is split into different regions with many travellers choosing to visit the south, east or north. The Indian Ocean is home to many African islands, such as the Seychelles, Mauritius and Madagascar and the French-owned territories of Reunion and Mayotte.

South Africa is best known for its safaris and game reserves, from the famous Kruger Park in the south to the Masai Mara in the north. The Big Five are plentiful throughout the continent.

Africa is a continent like no other, but solo travel in Africa can be a struggle and as a traveller, you will stick out. Throughout the continent, you’ll hear the kissing sound as men try and get your attention, or the word “Muzungu”, which refers to a white person.

Although some African countries are very stable and safe, some remain unpredictable. The safest countries to solo female travel Africa are Botswana and Eswatini, but if you’re planning to visit more than one country, consider an overland group tour. It’s a great way of seeing several countries and being within the safety of a group at the same time.

Don’t expect transport to run on time here, as public transport can be unreliable and uncomfortable. An open mind is definitely needed for getting around.

You have to be over 25 to hire a car and the best countries to drive through are Morocco, Botswana, Mozambique and Eswatini, but if travelling overland seems like too much stress, consider flying instead, but be prepared for delays. Because of the distance in Ethiopia, private transport or internal flights are easier. If you do choose to hire a car and are planning to visit more than one country, check that you don’t need a Carnet de Passage, which is a document that allows you to cross international borders.

If you’re planning solo travel to Africa and looking to explore more than one country, consider a group overland tour. It's a great way to see several countries and be in the safety of a group at the same time.

Below is a guide to each region and the best countries to visit for solos. Click on the images at the end for the solo destination guides. 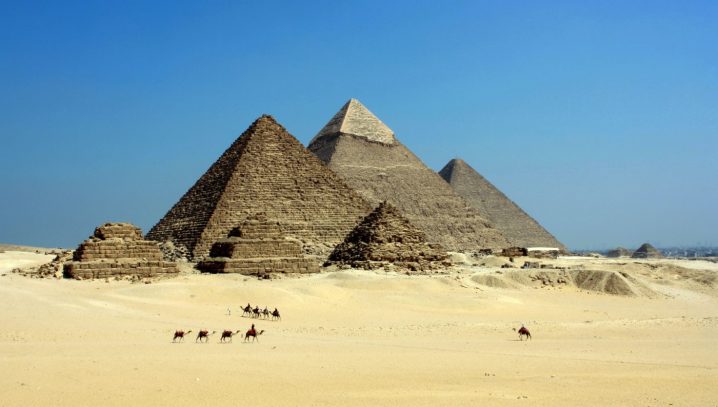 Visit the Pyramids in Egypt

North Africa consists of Mauritania, Morocco, Algeria, Tunisia, Libya and Egypt. Some of these countries feel more like the Middle East than Africa. Not all of these countries are safe to travel to. The countries which attract solos are Morocco, Tunisia and Egypt. Head here for ancient Egyptian tombs and monuments or enjoy a camel ride in the French-speaking countries of Morocco or Tunisia, famous for their mint tea.

One big attraction here is the desert, so visit these countries if you want to sleep under the desert stars and experience time with nomadic tribes. It’s also big in movie tourism: Star Wars was filmed in Tunisia and many movies in Ouarzazate in Morocco.

As a solo, expect to be hassled even if it’s just within the souks. Dress conservatively here to avoid any attention.

Getting Around North Africa

There are trains here and you may feel more comfortable using a train than local buses, as they can be safer if you’re travelling alone, but they can be slower. If you’re travelling overland for many hours, consider a sleeping compartment, and lock the door and windows at night. The trains in Tunisia are really cheap with respectful travellers. Taxis are also reasonable here and can take you around the country.

Morocco has a good bus network, with buses running throughout the country. Choose the company called CTM if you prefer to travel in comfort. Domestic flights tend to fly via Casablanca, so travelling overland could be quicker and cheaper.

In Egypt, feluccas or river cruises take you along the River Nile at a leisurely pace, stopping at the incredible Egyptian sites, such as Luxor and the Valley of the Kings. The rest of the country can be explored on cheap trains and buses, and there are internal flights, which are easier when visiting Abu Simbel. 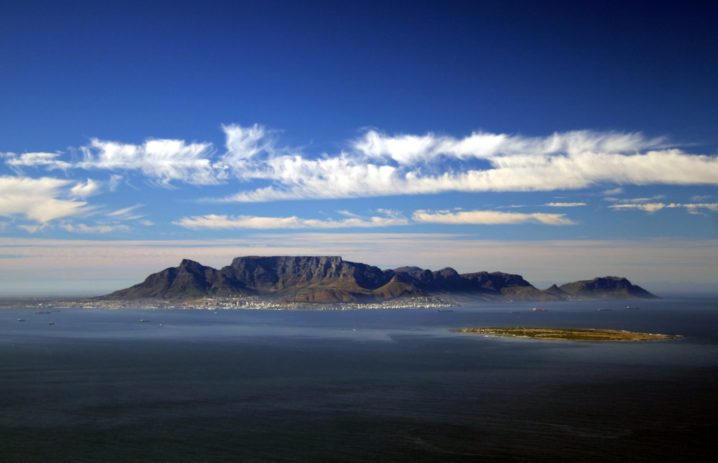 Victoria Falls sits between Zimbabwe and Zambia, and the Zambezi River is perfect for adrenalin junkies. Visit Namibia for the Skeleton Coast, Fish River Canyon and stunning salt flats within red dunes. Experience a walking safari at the Okavango Delta in Botswana or by river in a traditional mokoro. Malawi is a magical country and is home to Lake Malawi, which lies within the Great Rift Valley, running from the north of Africa to Mozambique. South Africa is a wine-tasters dream and has plenty of sightseeing; dive with great whites, visit the infamous Robben Island or just enjoy the city view from Table Mountain.

Many of the countries are okay to travel in but it is still Africa, so be careful in Johannesburg and the Democratic Republic of the Congo (DRC). As a solo, you may feel more comfortable in these safe places in Africa: Namibia, Botswana, Zambia, Malawi and Tanzania.

Getting Around South Africa

Travelling by bus is an option, but not all roads are well paved, so it could be a bumpy journey, especially around the Masai Mara safari park. Public transport is difficult in Malawi and you’ll often see people just walking miles along the roadsides. Although there is a lack of transport in Namibia, there are buses between the main cities. Botswana has a good bus and minibus network.

If you’re travelling in Tanzania, you’ll need to find a reputable bus company, as some of the roads aren’t in good condition. Mozambique is also hard to get around. In Kenya, you can take a night bus to Mombasa, which has security cameras onboard for extra safety. The eight-hour bus journey is without stops.

There are intercity buses in South Africa and also international buses with air conditioning or, if you’re just travelling through countries, there are minibuses known as matatus, which generally wait to be filled before they leave. Be prepared to be the only traveller on one of these. 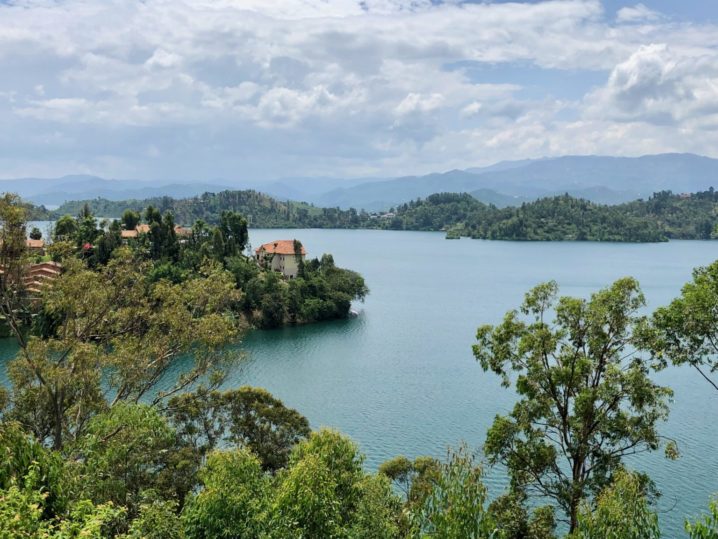 The east is home to the Masai tribe and the annual migration of the wildebeest who share their terrain with Mount Kilimanjaro, Africa’s highest mountain. Just off the east coast of Tanzania is the tropical island of Zanzibar. Lose yourself in the maze that is Stone Town or visit an authentic Spice Farm. Uganda and Rwanda are known for gorilla trekking and attract wildlife solos who want to see primates in the wild. Rwanda is one of the safe places to visit in Africa and has plenty of community-based tourism to experience the culture.

Some of these countries are not really accessible to tourists. You wouldn’t want to visit Somalia and Eritrea when travelling Africa solo. Although Ethiopia has incredible landscapes and tribal culture, it is currently in conflict so make sure to check the safety of the country before planning a trip there.

Getting Around East Africa

Riverboats may be crammed and ferries may be overloaded, but they are a cheap way of getting around. If you’re travelling from Mombasa to one of the beaches, be prepared for the boat to be busy and to be the only Westerner. A good ferry service takes you from Dar es Salam to the island of Zanzibar and you’ll find ferries taking you across the larger lakes throughout the continent.

Be careful in Kenya, where there’s a chance of getting mugged, although they do have security cameras on overnight buses. In downtown Nairobi you’ll often see people sniffing glue openly on the streets.

In Ethiopia you could be a novelty, so expect attention from beggars and curious locals. If you visit Uganda independently, you may find yourself very alone if you’re not on a tour. You may feel more comfortable in countries with more travellers and tourists. 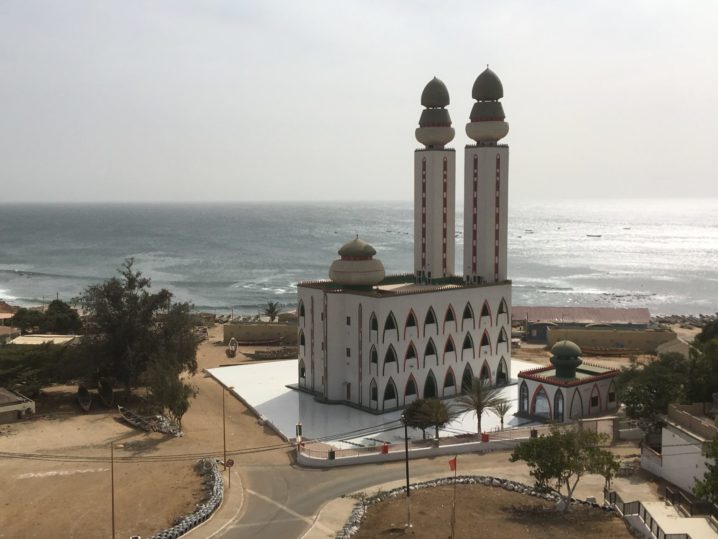 West Africa is not as visited as the rest of the continent, with many countries out of bounds due to political unrest and extreme terrorist groups threatening tourism. They can also be difficult to enter, with many requiring a visa. Travel to West Africa and Senegal and the Gambia are the most visited here. Many also fly direct to Cape Verde for a holiday. Even though the Gambia is one of the safest countries in West Africa, expect attention on the beaches. The same applies to Ghana, where being friendly can be seen by men as an invitation for a relationship.

Getting Around West Africa

Travel West Africa and you’ll find a lack of tourism infrastructure and corrupt border officials. Many countries only have a bus network which connects the main cities, so going off the beaten track can be a challenge and you may have to take shared taxis or mototaxis in countries such as Benin and Togo.

That’s not to say that you shouldn’t travel there, as countries such as Senegal and Ghana are very welcoming, but the majority of the region is definitely better seen with an organised tour. 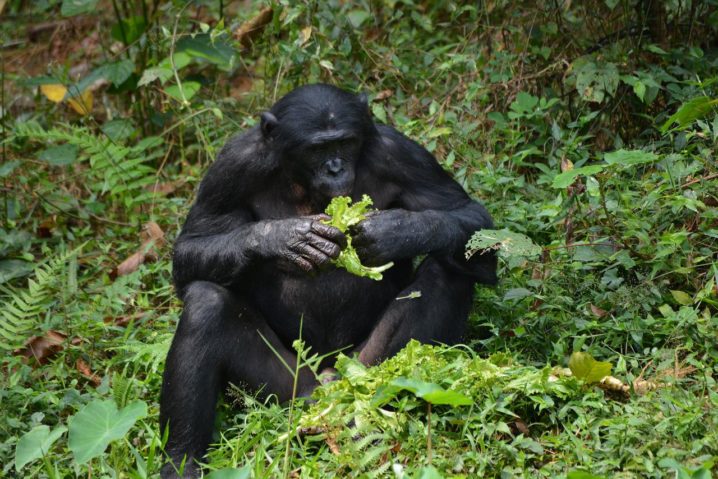 Central Africa is not a region that most solos travel to. This is not the region for travelling Africa alone. The region includes countries such as Central African Republic and the Democratic Republic of the Congo, which are known for their political unrest. Unless you are travelling with an NGO, it is better to avoid this region at the current time.

There is so much to see in Africa: gorillas in Uganda and Rwanda, meerkats in the Kalahari, tribal villages in Ethiopia and the old Kingdom of Swaziland. If you prefer an island getaway, visit the volcanic isles of Cape Verde, Madagascar or the Seychelles. Whatever your reason for travelling solo in Africa, you are guaranteed to get more than you bargained for. 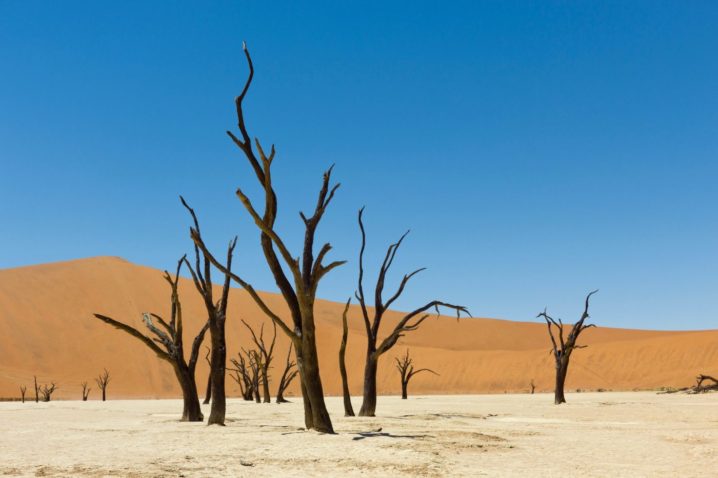 Explore the beautiful landscapes of Namibia

Seven Wonders of the World: 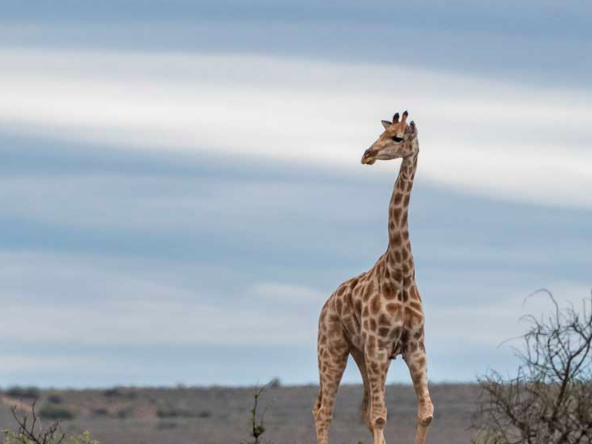 If you only have a week to solo travel Africa, you could easily spend a week in each country.

South Africa – It’s difficult to do in seven days without using internal flights, but two options are either stay in Cape Town for a few days, then fly to Kruger National Park, or go from Cape Town to Noordhoek, Simon’s Town, then back to Cape Town.

If you are planning on backpacking Africa solo, join an overland camping trip, especially if you want to see more than one country. You can then fly into your initial point of entry and out of the one that you finish your trip in.

If you're planning a trip to Africa, click on the images below for the solo destination guides to each country. 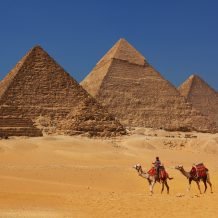 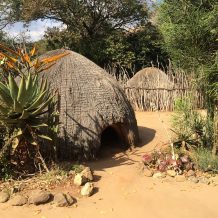 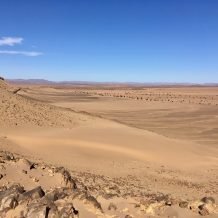 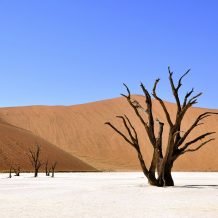 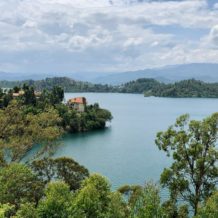 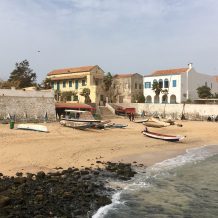 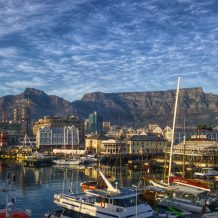 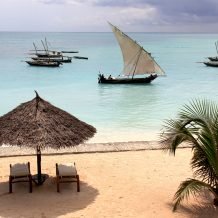 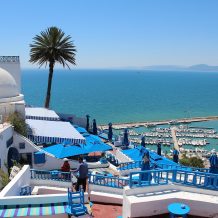 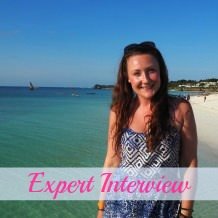 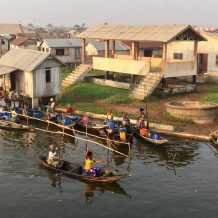