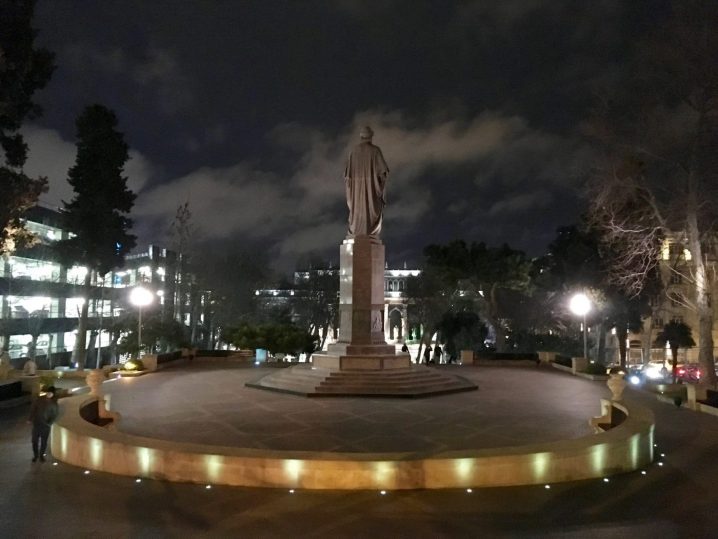 Azerbaijan may not be a country that you’ve ever heard of, let alone considered travelling to. But this country on the Caspian Sea is definitely a surprising one. Located in the southern Caucasus Mountains in Asia, this country rich in natural gas feels more Middle Eastern than Asian.

Bordering Russia, Georgia, Iran, and Armenia, the country was once part of the Soviet republic. Its capital is Baku which is located below sea level making it the lowest lying national capital in the world.

There are many places to visit Baku Azerbaijan, and something that Baku definitely knows how to do is architecture. This cool city is a unique blend of old and new modern designs, many of which are futuristic with their own unique design. Last year Baku introduced itself to the racing world hosting its first ever Grand Prix within its streets. And with their bid to host the World Expo in 2025 they are definitely making their mark on the map.

Whether you decide to take a city tour or explore Baku on your own, here are my recommended things to do in Baku for your solo Baku itinerary. 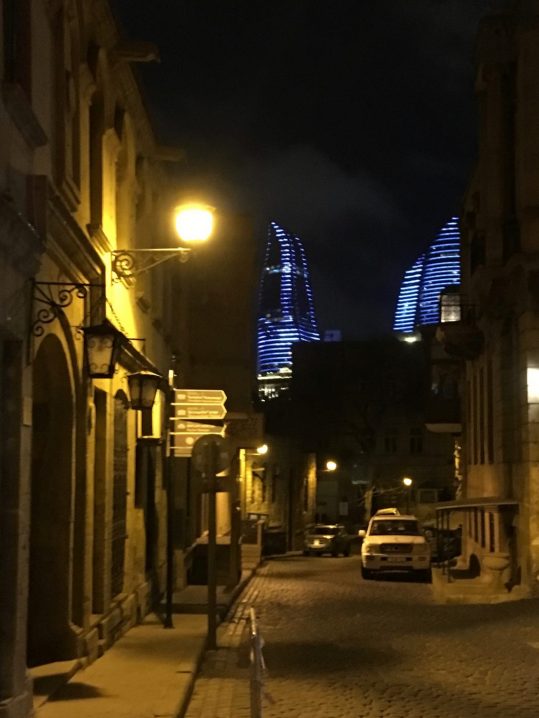 You simply can’t go to Baku and not see the Flame Towers. These three skyscrapers are uniquely designed as giant flames, as a symbol of the country’s nickname, the “land of fire.” Inside are offices, apartments, and a hotel. You don’t need to go inside to admire these towers which are amongst the tallest buildings in the country at 182 metres high.

Covered in LED screens they provide a mesmerising display of sports figures, the Azerbaijan flag, and of course flames. If you do go inside you’ll find a hotel, apartments and offices as well as a shopping mall. It’s easy to move in-between them from tower to tower. Just follow the landscaped podium. 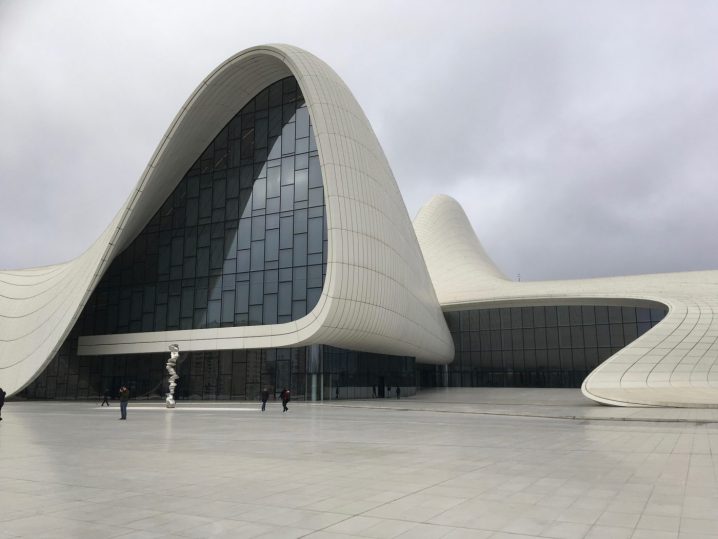 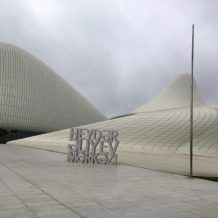 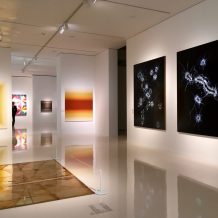 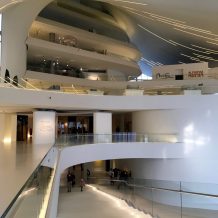 A former winner of the Design of the Year award (and the Pritzker Architecture Prize), this cultural centre is simply stunning and will give the Sydney Opera House a run for its money. Described as a symbol of modern Azerbaijan, the fluid, while design has gained international recognition and inside is just as impressive as the curvy walls of the outside.

Learn more about the history and cultural heritage of Azerbaijan, from costumes and weaving processes to the country’s musical instruments. Exhibitions can change such as the artist room. Allow a few hours to explore the whole museum as there is so much to see. From miniature replicas of the city’s buildings including the futuristic airport, to a huge doll collection. You have to pay to enter the museum. 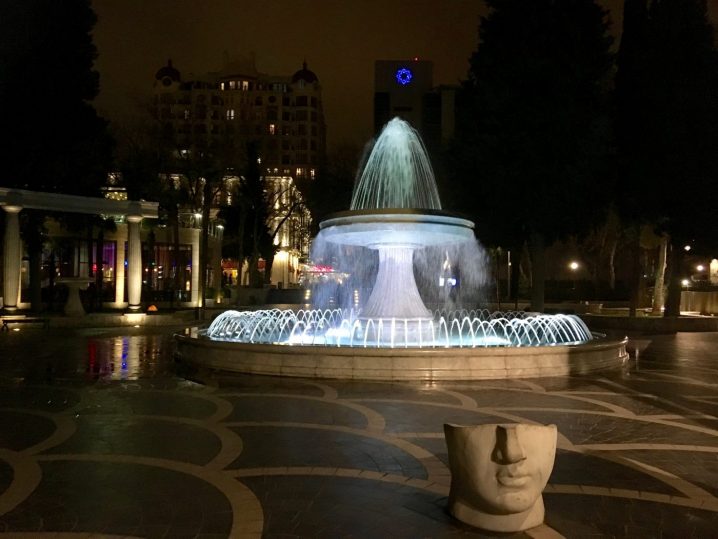 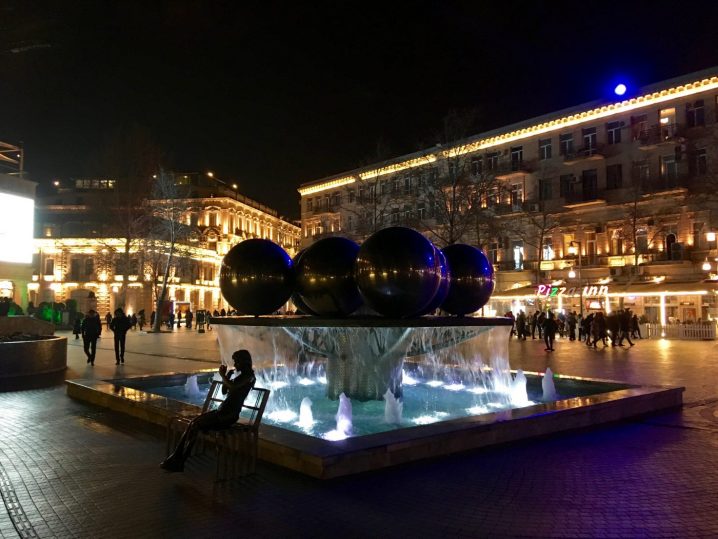 Fountains Square is my favourite square in the capital. Named after the number of fountains which sit in this beautifully designed public square, it’s the perfect place for people watching or just sitting on a bench and reflecting. Amongst the fountains are cool statues such as a girl on her phone holding an umbrella and the Moai heads of Easter Island.

It is one of the most lively places in the city and is an ideal place to have lunch or dinner in the many restaurants and cafes around the square. It’s not just one square either as it begins from Istiglaliyyat Street and runs through Nizami Street. Visit Fountains Square at night to see the fountains lit up with gorgeous lighting along the streets. Not to mention live music. 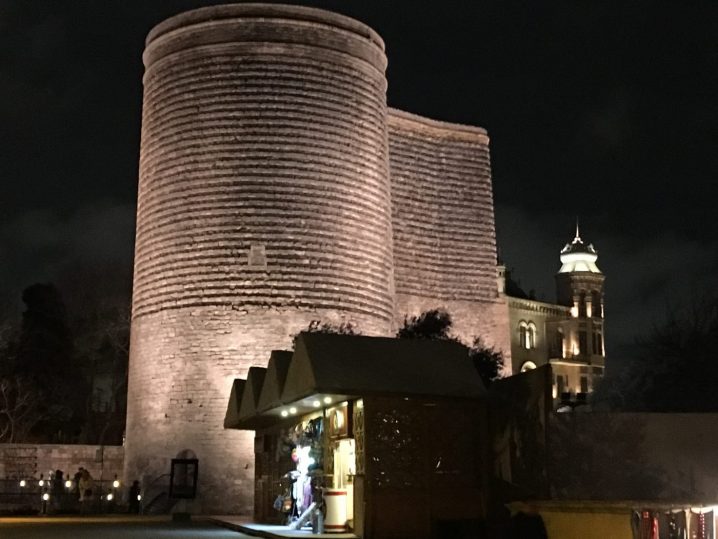 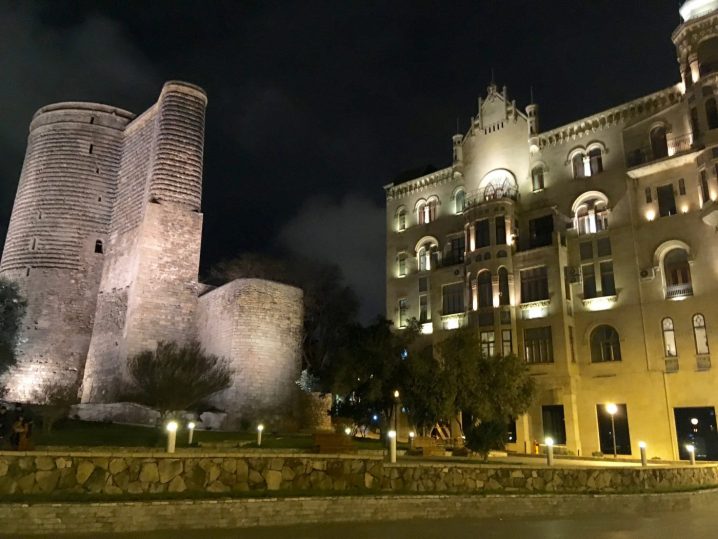 The oldest part of the capital, Baku’s Old City is full of ancient wonders. The walled city itself is a UNESCO Heritage Site along with both Shirvanshah’s Palace and the Maiden Tower. The defensive walls date back to 12th century, the same century as the stone Maiden Tower which was built on the grounds of even earlier structures. Climb up the steps to get a great view of the city. Inside is a history museum which depicts the evolution of Baku.

For an example of Azerbaijan’s architecture, look no further than Shirvanshahs' Palace, a 15th century masterpiece. The former residence of the rulers of Shirvan, the country’s dynasty during the Middle Ages. Inside the grounds are a bathhouse, and a mosque with a minaret. Within the old city walls are a blend of different influences from Arabic, and Persian to Ottoman. If you wander down the right street you can capture the perfect shot of the Flame Towers and the Old City together. 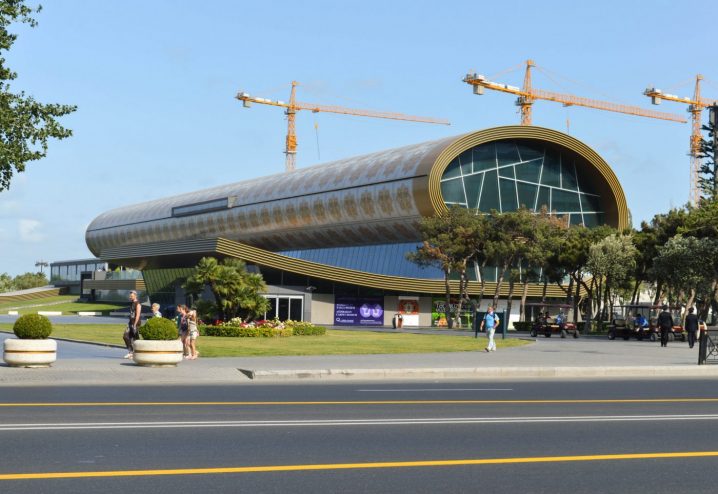 A carpet museum may not sound like the most exciting museum in the world but this unique building is worth seeing even if you don’t go inside. Designed like a rolled-up carpet, this educational museum houses the largest collection of Azerbaijani carpets. Inside you’ll discover traditional weaving techniques from as far back as the Medieval times and of course – plenty of traditional carpets. 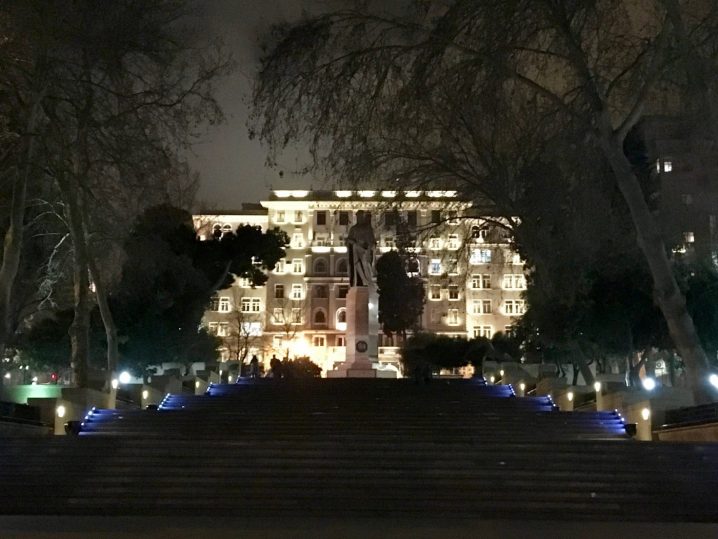 The Carpet Museum isn’t the only museum here. Learn more about the history at the National History Museum, or admire artwork at the National Art Museum of Azerbaijan or the Modern Art Museum. If you are a bookworm you may like the Baku Museum of Miniature Books which holds tiny books from all over the world. 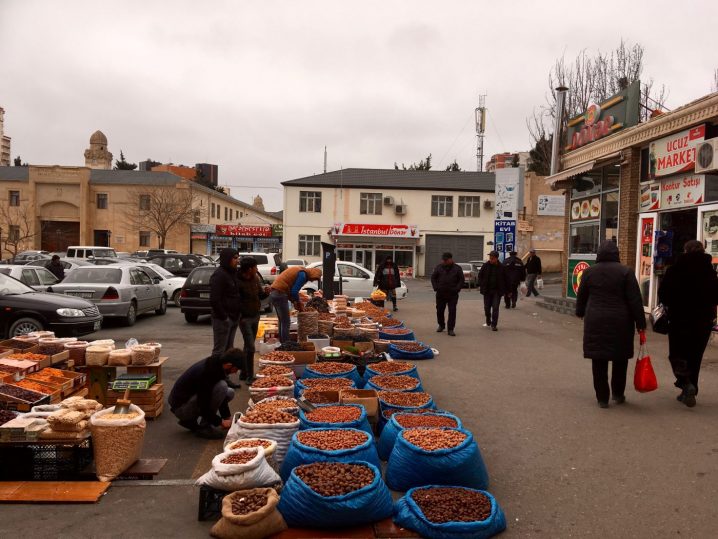 Then there are the shopping malls to window shop in (of which Baku has several). The top mall being 28 Mall near the train station which has about 70 brands to shop, or you can shop for spices in the outdoor street market nearby. If you like chess watch the local men exercising their game strategy on a giant board near the promenade or just stroll along the Caspian Sea admiring the city’s skyline. Baku will definitely make you want to return.

Is Baku safe for solos? In my experience, yes. I had no attention from men and felt completely safe even at night wandering around. I loved Baku and would definitely go back.