Sigiriya Rock is one of the 7 World Heritage Sites in Sri Lanka and dates back to 495 AD. Here's my experience of climbing Sigiriya Rock

We couldn’t go on.

The path was blocked and if we attempted to go any further, we could be in serious trouble but we had already climbed over 1000 steps and I wasn't one to be defeated.

‘They’re hornets Lisa,’ I was told by the other member of my party. ‘More dangerous than bees.’

I looked at our tour guide who only moments ago had saved my peanut snacks from a ninja monkey that had come out of nowhere and tried to snatch my energy snack from my bare hands. Not one to be put off by a challenge and a bit of danger, I made a decision that frankly could’ve been my worst.

‘Let’s do it,’ I said again to an amused tour guide. 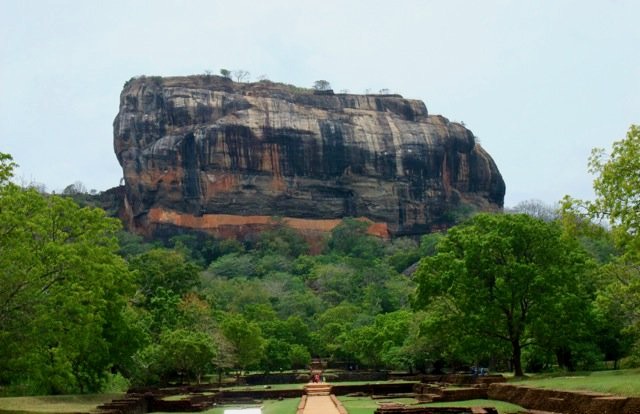 I have never climbed three flights of steps so fast and as the last ones came dangerously close to my potential enemies, I gulped at the size of hornets nests that had looked more like tennis balls from down below. Now up close, they were wider than giant melons and there were too many to count.

With panic setting in, my pace increased, lightly touching each step so as not to wake the buzzing hornets. 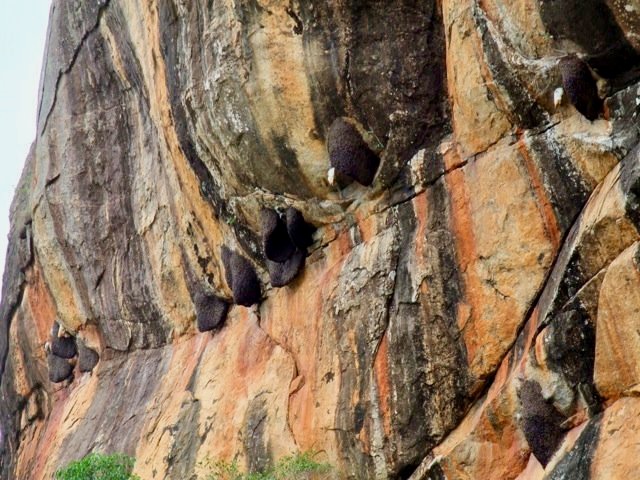 The many hornets nests

As my foot touched the last, the view around Sigiriya Rock opened itself to me: unspoilt scenery that you could see for miles, with nothing around except for the flickering of a gold Buddha in the far distance. 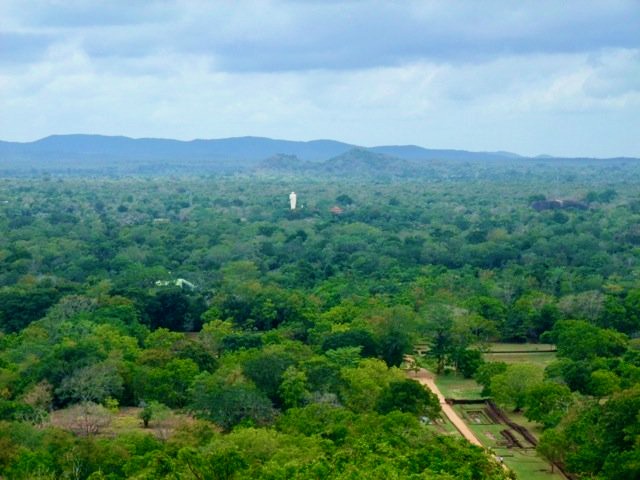 As far as the eye can see

Sigiriya Rock is one of the 7 World Heritage Sites in Sri Lanka and dates back to 495 AD during the reign of King Kasyapa. The site with its ruins and water gardens is on par with those of the seven wonders.

But what went up had to come down:

And we scurried back down the ancient rock fortress, passing a group of noisy schoolchildren on the way. 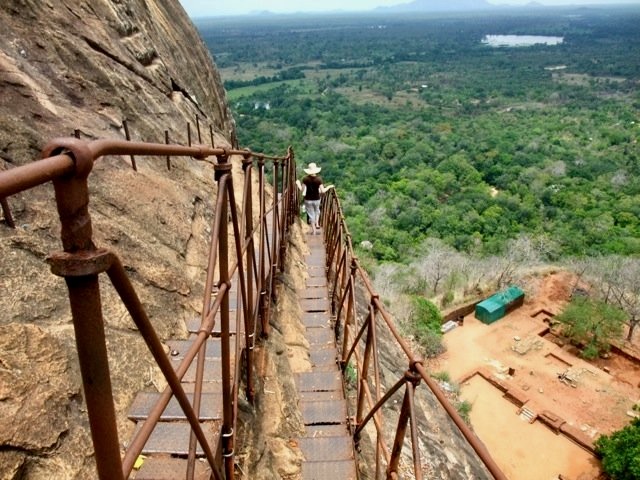 Scurrying down the side of the fortress

I later heard that 12 schoolchildren had been taken to hospital after being stung by hornets on the very same day. It had seemed that we were the lucky ones, maybe if we had left it an hour later, it could have been us. All I know is that that trip to Sigiriya Rock in Sri Lanka was a buzz that I’ll never forget.

I stayed at the Royal Palms Hotel in Kalutara and visited the ancient site on a two-day trip to Kandy.