How Living Overseas Helped Redefine My Sense Of Self

Pausing for a photo with the London Eye at nightfall

“Where are you from?” was always an easy question to answer before I boarded that 747 jumbo-jet to England. I knew where I was from. I grew up in a small town in upstate New York- not quite Canada, but not too far from it. It was not a question I got asked often, since I blended easily in with the outdoorsy, North Face-clad people and rural landscape that surrounded me.

I noticed a strange thing happen about a year into living in the UK. The same simple question became harder to answer. No longer asked by people with the same accent, the same style of clothes, the same social systems and the same national flag, I began to realize that this question meant something else. They weren’t simply enquiring about my home state or hometown. They were wondering where my accent and dialect was from, my slightly more casual attire, and why I walked around those quaint British towns a bit more cautiously, more guardedly, than everyone else.

They wanted to know what made me different. 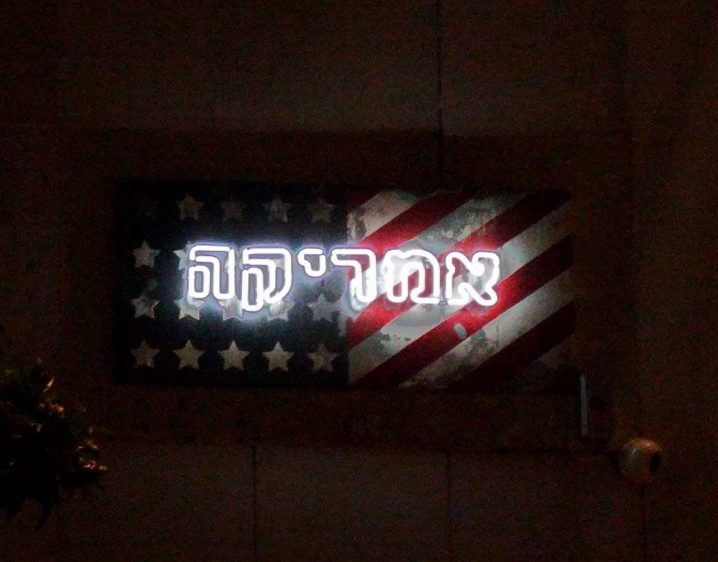 ‘I’m from the United States,’ became my new response. An explanation of my uniqueness, my cultural reference, and why I was asking where ‘the London underground’ was instead of the more colloquial ‘tube.’

Little did I know that this was also the beginning of a major shift in my identity. Answering the question ‘where are you from’ after moving abroad forces you to place yourself on a global map, rather than the map of a state, or a coast, or even a continent. I wasn’t just an ‘upstate New Yorker’ (upstate and downstate is a regional divide with blurry lines that only residents of New York state care about anyway).

I was unequivocally, unquestionably American. I had a blue passport, wore sneakers (as opposed to trainers), and found it perfectly acceptable to smile at complete strangers on public transportation.

The exciting moment I found American apple cider in London

Years went by, and I got used to the unrelenting grey English drizzle. I bought an electric kettle for my growing tea collection. My trainers only saw the light of day at the gym, and began wearing more skirts and dresses at the office. I looked forward to a British pint (okay, a half-pint) at the pub on the weekends, and happily waited in a queue for anything and everything.

And still I was asked, where are you from?

The question was no longer about my obvious foreignness. It was now about my strange hybrid of American and British mannerisms. The way I asked if anyone wants a cup of tea with my nasal upstate accent. The way I described Thanksgiving as an ‘American bank holiday’ to my bemused English friends.

‘I am American, but I’ve lived here a while,’ was my new response. I increasingly felt the need to qualify not only my Americanness, but the pragmatic, yet sophisticated Anglo culture I was rapidly adopting. I was also imploring people to not to put me in a box, not to stereotype me as the ‘typical’ American portrayed on TV or in the movies, or cast a broad generalization about who I was or what I would be. Perhaps I was still figuring it out myself.

They say England and America are ‘two countries divided by a common language,’ and as an American living in the UK, bridging that gap felt sometimes like trying to straddle the entire Atlantic Ocean.

One of the beautiful things about living in the UK is the access to affordable and efficient transportation to the rest of the world. So I travelled. A lot. My first two trips to Europe (‘The Continent’- as Brits are quick to distinguish) were whirlwind coach tours in which I travelled through ten countries in nearly as many days.

The travel bug was swift and unrelenting; the more of the world I saw, the more I wanted to see. I filled my blue passport with stamps, taking planes, trains, and automobiles to as far-flung destinations as Hungary and Israel. I took a gondola ride in Venice. I marched under the Eiffel tower in Paris.

Again I was confronted with where are you from? Now the question was asked in broken English coloured with deep German and suave French accents. And once again, I was forced to face my shifting cultural identity. To pick a geographic box.

Now I stumbled answering this question. The answer felt more like a conversation than a short reply.

‘I live in England, but grew up in the States’ became my new simplified default response.

No longer the girl from a snowy small town in upstate New York, I was telling people not to classify me by my accent or appearance. My simple life back home felt increasingly like a distant memory, and I no longer knew how to relate to the people I once grew up with. Yes, it was a huge part of my life, but with my new globalized existence, it no longer defined me.

Voting for US president from my flat in London

Fast forward to today. Returning to America after nearly a decade in the UK has forced me to face the eternal question once again: where are you from? Asked by friendly American faces, in the northeastern American dialect I grew up speaking, people are genuinely wondering what they can expect from me in this American city I now call home.

And so here is my answer:

My accent is American, but I might enunciate some words as they do in London. My culture is trans-Atlantic. I have worked and played and laughed and cried in countries all around the world. I grew up in small-town America, and grew into myself in the United Kingdom. I can navigate London without a map. I have close friends who have never been to the US. I love smores and Sunday roast and smiling at strangers. If I have the opportunity to drive somewhere or go on foot, I will choose to walk every time.

I listen to BBC World News and care deeply about European politics, because they directly affect my friends on the other side of the pond. I have voted in every US presidential election since I turned 18, but never on American soil. I feel at home both in America and Europe. I am a collection of cultures, a patchwork of here and there.

Living overseas changes you for life. I’m not just ‘from America’ anymore. There is no box for how you feel after you return. The biggest gift you can ever be given from your time abroad will be this: you are forever a part of the global world. And that is where you are from.