My eyes were bleary. All I wanted to do was go to sleep and this man standing in my carriage was the only obstacle coming between me and my bed.

‘How many bags you have?'
‘Three,' I answered
‘What is in your bag?'
I told him.
‘How long you stay?‘ said the round guard who resembled a Mongolian version of the fat controller (is it still PC to call him that?) His tailored suit sitting snugly around his round face. I smiled back through blood shot eyes. This was an interrogation that I did not need at 1.30am in the morning.

We had been dealing with officials since 9pm when the train had arrived outside the official Chinese exit west of Beijing, greeted by an instrumental version of a Carpenters classic, we were locked in and made to wait whilst they checked our details.

‘Where's the train going?' I panicked, as I watched the train pull away from our glass waiting room with all my stuff still on there.
‘Changing the wheels for the Mongolian tracks,' replied my other neighbour.
True to his words, it returned 2 hours later and we moved 10 minutes down the track to the Mongolian border to face yet more officials.

I really didn't need the third degree. My hangover had kicked in already from drinking all day and I just needed my bed. But I still had one more line of questioning before I could go to sleep.
He was still firing questions at me.

‘Do you smoke?' he asked.
‘No,‘ I replied, my sense of humour not failing me in the early hours. ‘It's a dirty habit, do you?'
‘Yes' he replied scowling, his little eyes boring into mine.  ‘I do.'
whoops. 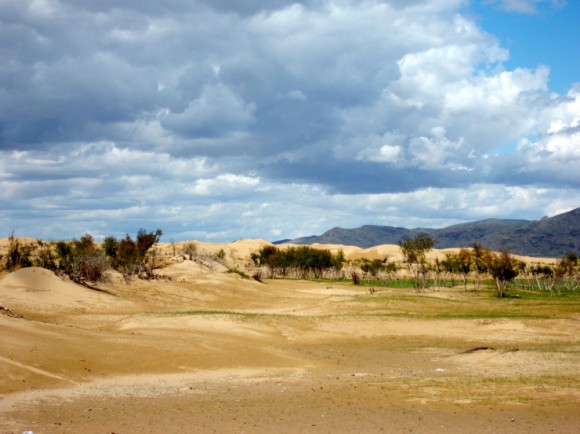