My Solo Trip To Uzes France

In this article, Liz shares her experience of her solo trip to Uzes France. Taking a pet sitting opportunity in 16th-century-built Uzès, in the Gard region of southern France.

“Amazing,” I whisper under my breath. I'm standing at the top of the best-preserved Roman stadium anywhere and I have it all to myself. I picture the gladiators battling it out for glory – not death, as Hollywood would have us believe – down below, then the lunchtime entertainment of wild animals tearing criminals to bits of ancient Nimes gathered to watch the spectacle.

I turn and lean out over the top wall, looking across the low-lying city, which is also home to the best preserved Roman temple in the world and where the water carried by a 50km aqueduct – again built by the Romans – fountains up. It’s cold, but the sun is shining and I have a cut-price ticket to the sites. My only restriction is that I have to catch the afternoon bus to Uzès so I’m back in time to walk the dogs.

My Solo Trip To Uzes France

As a freelance journalist, I’ve been saying yes to every paying job that’s come my way for years and, when I wasn’t fully booked up with work, I worked to get myself into that position. But this past year I came to a decision: if I don’t start getting things done now – like writing The Novel and seeing the world – just when did I think I would?

That’s how I came to sign up to a house/pet-sitting website, where folks with pets advertise their away dates and people like me – who love animals and want to experience life from a different spot than usual – apply.

So, when I saw I had 16 clear days in February with no work booked in, I felt a little flutter of excitement. I could go away. I could explore a corner of the world I didn’t know. I could write… 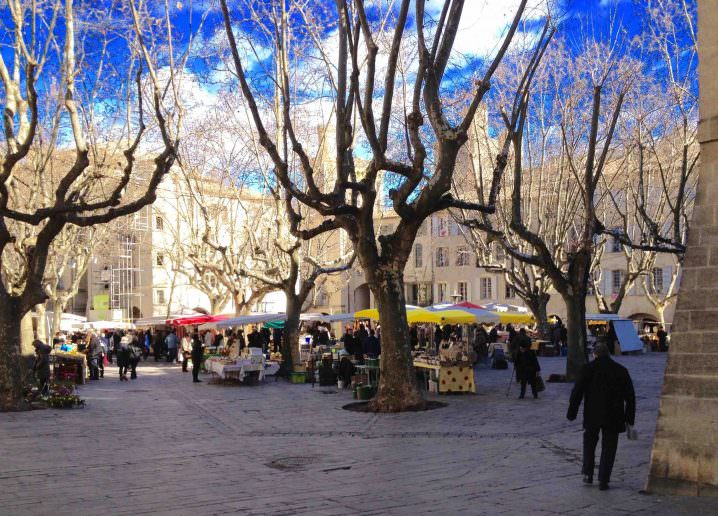 Happily, I was accepted for an assignment in 16th-century-built Uzès, in the Gard region of southern France, looking after two rescue schnauzers. I went by EuroStar from London to Paris, then on to another train down to Avignon, where the hosts met me. Their dogs pretty much stole my heart over the coming days with their surprisingly intense personalities and constant company. 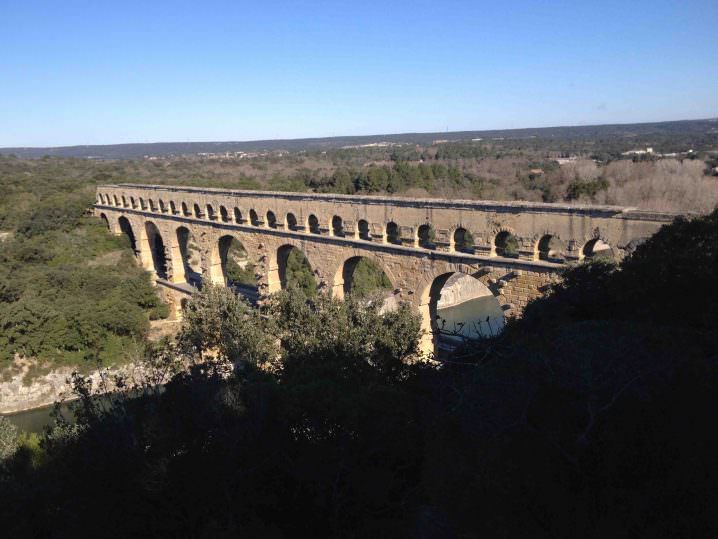 Do I speak French? Hmmm. Well, I speak menu and I speak shopping and that seemed to be enough. I managed to familiarise myself with the local bus timetables and, along with Nîmes, visited Avignon, the Pont du Gard and St Quentin la Poterie, a little nearby town.

I spent ages in the vast Saturday market of Uzes France, which takes over the entire town and where you can buy everything from flowers and fresh produce to handbags, clothes and perfume. I wrote, I walked the dogs and I found the source of the water the Romans channelled from Uzès to Nîmes – and became fascinated by its route. 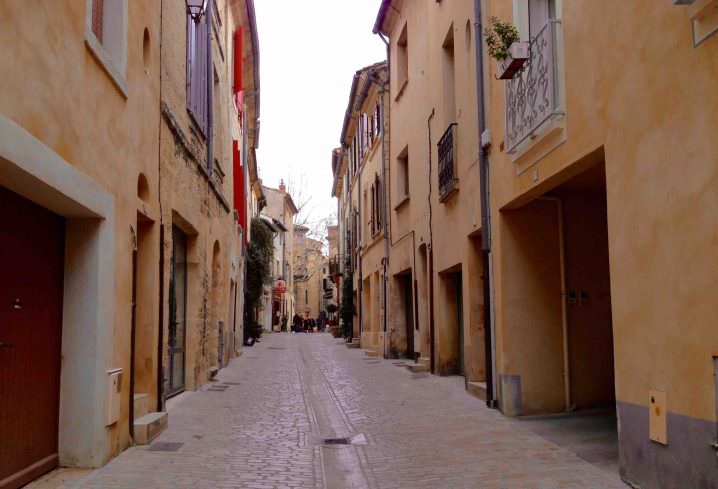 Exploring the streets of Uzes France

Did I complete the comic book I’ve been drawing off and on for ages? Did I finish the novel?!!! No. Somehow, even 16 days isn’t enough to do everything. But did I have an amazing time exploring a beautiful part of France? Let’s just say I’d do it again in a heartbeat. 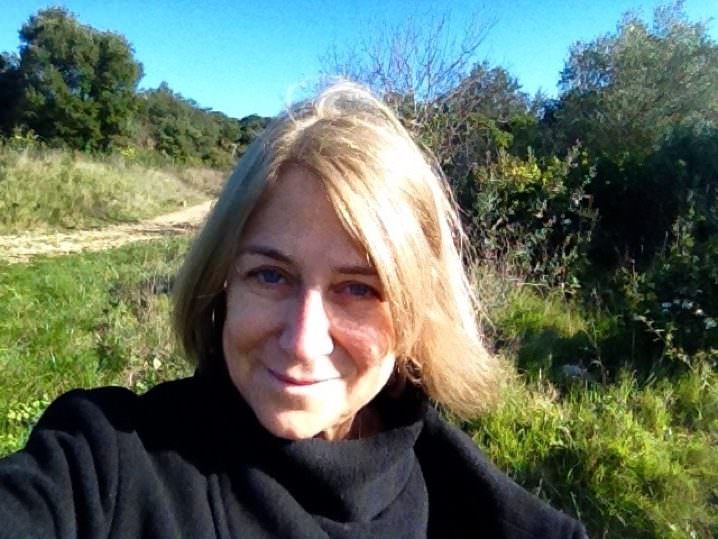 Liz Granirer, an American based in London, came late to travel but, now that she’s discovered it, she’s definitely hooked and is trying to see as much as the world as possible, either with others or on her own. She works as a freelance journalist, writing for inflight magazines, including easyJet’s Traveller, United Airlines’ Hemispheres, Jazeera Air, Jet2’s JetAway and Thomas Cook.

She also compiles and contributes to the family travel features for parenting title Right Start magazine, and writes for websites greentraveller.co.uk, WeAreTheCity.co.uk and OurManOnTheGround (omotg.com). As well as travel, she provides interviews and features on entertainment for the magazines Young Performer/Performer and Step Forward. She also writes a travel blog, which can be found at lizgranirershelloworld.blogspot.co.uk

2 thoughts on “My Solo Trip To Uzes France”