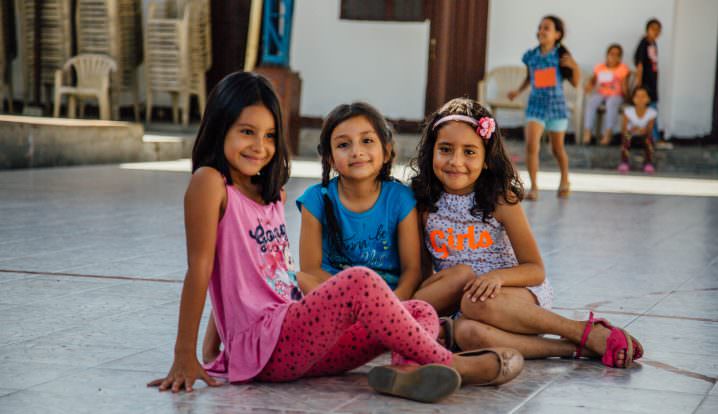 The Colombian government may have just announced a definite ceasefire with the Farc rebels but in some areas in Colombia war is still a reality.

Colombia has one of the largest numbers of displaced people in the world and the children and young people are prime targets for armed groups.

Children here are afraid to speak out, and self harm and suicide are not uncommon. For some, it is not even clear who is the enemy. In the areas of Putumayo, and Chocó, even going to school can fill them with fear.

To get to school, children here have to go through minefields and across rivers. This is where they can be most vulnerable to being kidnapped for armed groups. The Nasa indigenous people are one of those groups, and once a child has been kidnapped, there is only a two hour window to get them back.

But kidnapping isn’t the only way that these children can get recruited. Some are led into the group through promises of love, after being groomed by a member then “falling in love.” Some families are so poor that they believe their child would have a better future and send them off to join the groups. 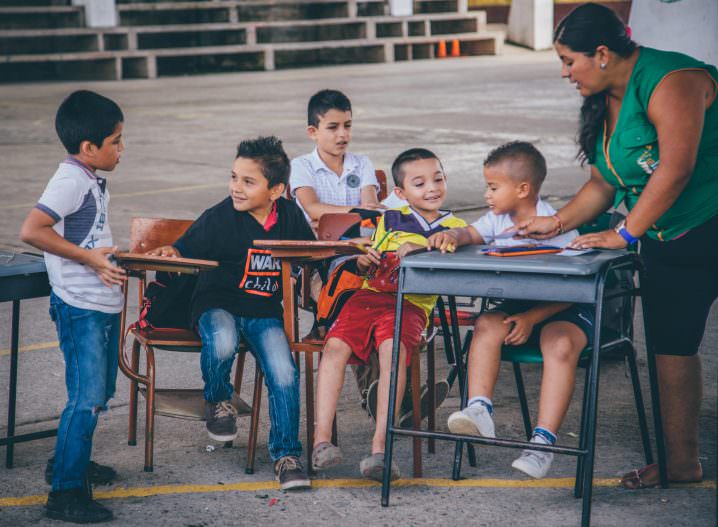 The poorest are the targets, and some children as young as 4 years old are sold to the sexual service. But not all girls are used as non-combatant ‘wives’ for male soldiers, with many fighting alongside the men.

However, once they join the Farc there is no way back as too much information is known about the inside business of the rebel group. The only way out is usually death.

The Farc isn’t the only rebel group in Colombia and even with the recent announcement of a definite cease fire, the number of violations of children’s rights has not dropped.

Jan de Waegemaeker, Director of War Child Colombia believes that underlying problems will not be automatically resolved. “This is the first step towards peace but the conflict of war is a complex matter.”

For some children in Colombia, acceptance of violence has become their reality. Armed conflict is no longer in a battlefield and is prevalent in these areas. 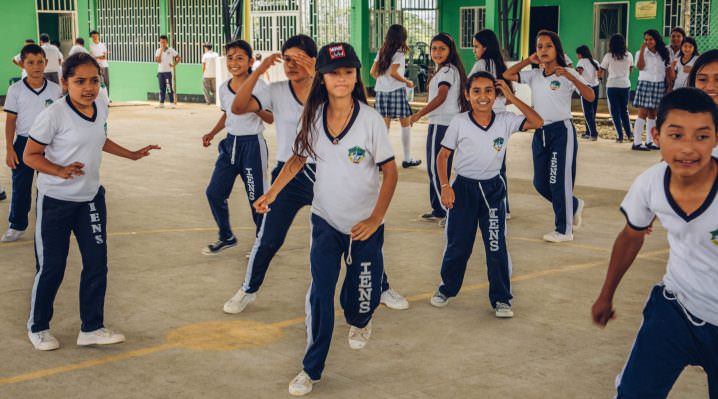 War Child works with local schools offering awareness training. They believe that “No” is the only answer children and young people should give to armed groups. “Many children have no emotions and are afraid to speak out. They have only fear and complete distrust.”

Using a worldwide methodology called I DEAL, children and young people are encouraged to express their emotions and regain trust, answering questions such as, “who are you? Why are you alive?” The programme teaches them to believe in themselves again, make plans for the future, and find their way out of the violence.

Schools in the poorer, rural areas are supported to ensure that the children have a safe and protective learning environment. But sometimes hunger stops these children from attending school. That’s where the boarding schools come in. Lives can change in these schools and even though the conditions may only be a little better than their home conditions, sometimes the children don’t want to go back.

Ana is 14 years old and is from the Putumayo province in Colombia. Before she joined one of War Child’s programs, she was a shy and scared girl. One year later and Ana is now a positive leader in her school and community. She is no longer afraid to express herself and is happy and self-confident. 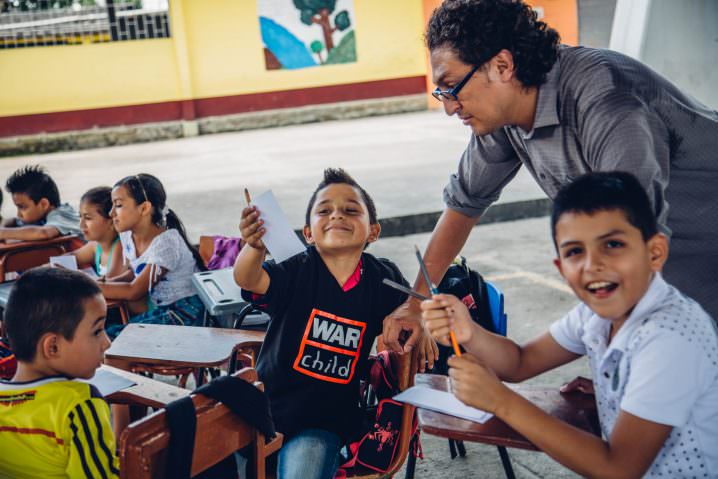 When I return to Colombia, my aim is to visit one of their rural projects to meet some of the children involved and write a more personal piece on their amazing work.

How you can help

War Child is mainly based out of Europe with offices in Holland, UK, and Canada. There are many ways you can get involved; through interaction on social media, becoming a partner of War Child or through regular (or one-off) donations.

Girl about the Globe donates 10% of all profits to charities we believe in, and we believe War Child is a worthy cause.

Read about my visit to an orphanage in Colombia. 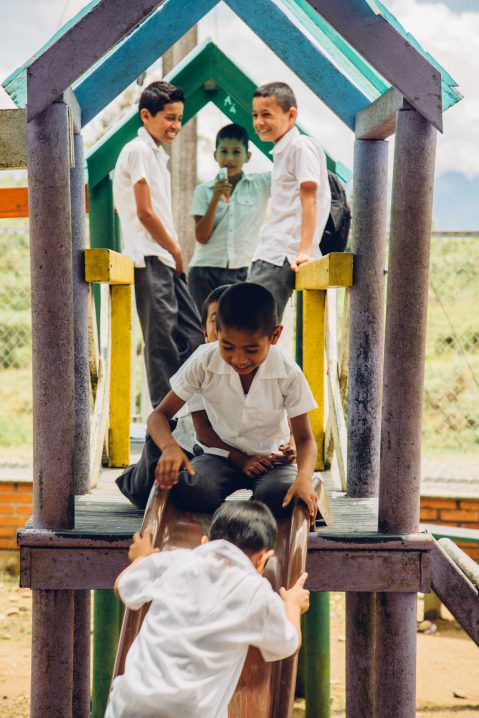