I spent a month living and working in Mongolia with a TV station. In this post, I share stories of my time volunteering in Mongolia

Now I know why this place is called the Land of the Blue Sky: every morning I wake up to another blue sky with the sun shining in this country so vast and rich in history.

It was in the thirteenth century when Genghis Khaan united all tribes in Mongolia to become the greatest empire ever known. Conquering the most powerful civilisations with an army of a hundred thousand horsemen, he made his mark on the land. The giant statue of Chinggis Khan (Genghis to us)

In the twentieth century, Mongolia was a land frozen in time and beyond the reach of tourists. But it has now opened itself up to tourism and 300 foreigners each year visit the country. Nowadays, over half of the population live in the capital and with over one million residents it continues to grow, cementing it’s place in the modern world. 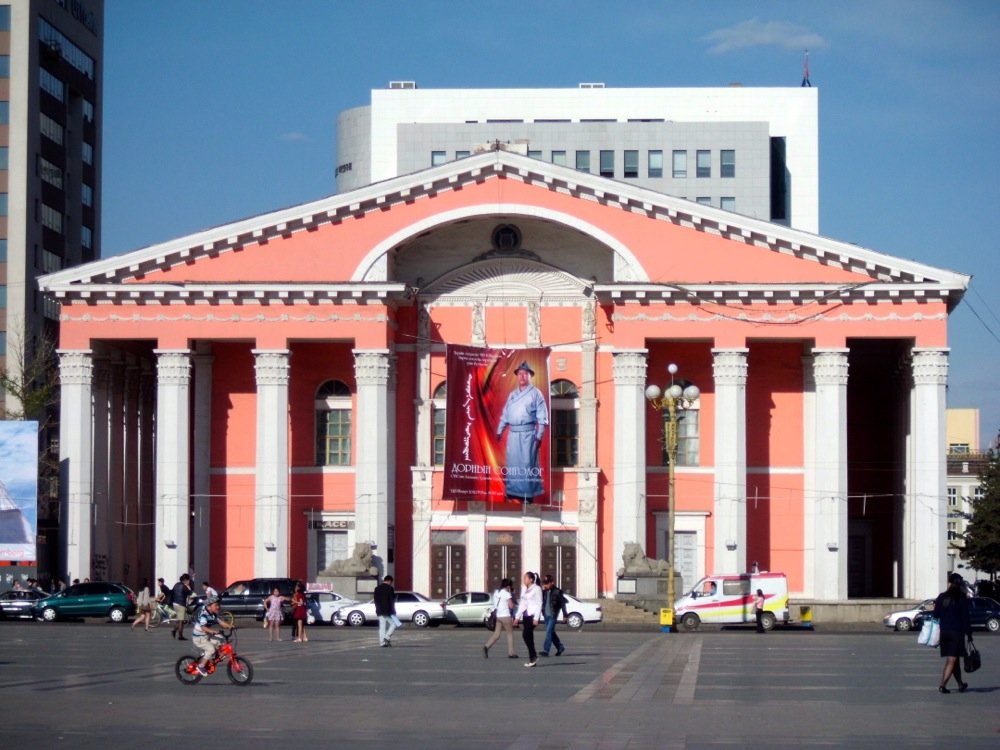 The National Academic Theatre of Opera and Ballet

Today I had my first hot shower in 4 days. Apparently, this is a recurring problem in Mongolia (in Ullaanbator where there is hot water), homes can go for weeks with no hot water. The water is too cold to even shower, so technically this is actually my first shower in 4 days.

‘But I start my new job tomorrow and my hair is greasy,’ I say to my host family panicking.

They laugh as if there is no urgency to the situation.

‘Your work will not mind,’ they reply.

And that is the difference that makes living in Mongolia’s capital a very strange experience that I still can’t get my head around.

‘But this would never happen in the UK.’ I think to myself.

But this isn’t the UK.

Although walking around the capital you could be fooled into thinking you were in a modern European city. This is Ullaanbator, the main city in Mongolia, where over half the population live in apartment blocks and work in the new skyscrapers that are rising across the city.

It’s a strange experience – so close to modern-day living yet… it’s not quite. 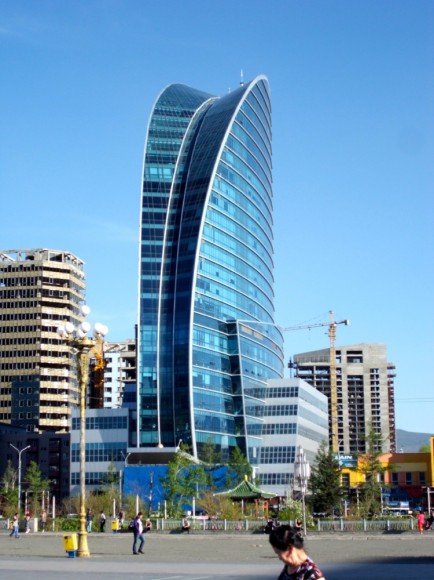 Today was the first day of my new job and I was to meet everyone at 9.30 am. Setting off on my 20-minute walk from my host family’s home, I grew anxious and excited at the prospect of meeting my new colleagues, including the Manager of Star TV and the Director of Arigu Media (their parent company).

But when I got there, there was no one there so I waited until 10 am then someone kindly let me into the office I would be working in.

Then I waited again, until 10.15 when my first colleague appeared. When asked what she would like me to do I was told that Hannas (my mentor) would be in later and to wait for her.

Finally at 11.15 am I was given my first task – to edit the Expat page of a Mongolian newspaper. When I asked about the meeting at 9.30 am, I was told ‘meeting now 2 pm,’ then 2 pm came and no meeting.

I left at 6 pm none the wiser about who the director or manager was but I have a strange feeling I am going to love it here! 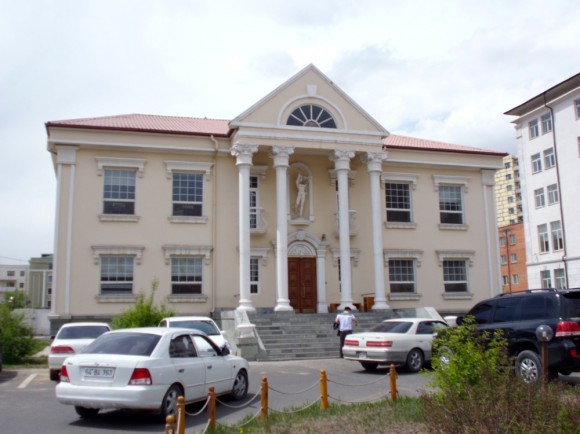 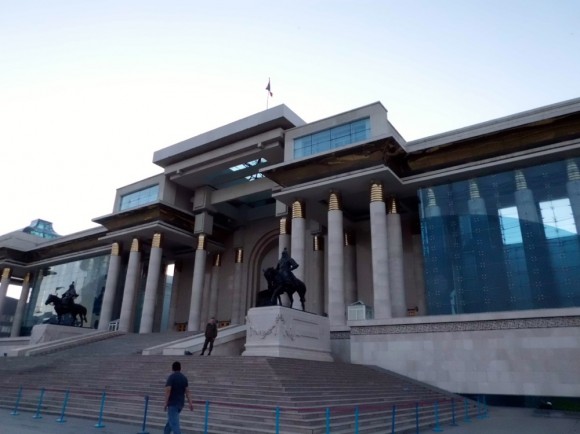 My body is still adjusting to the dust and dry heat (Mongolia has extreme temperatures, reaching -30 in the winter, accelerating to a red hot summer) and the Mongolian’s eat according to this weather; fatty meats and carbs to keep them going in all weathers.

There’s not much fruit or veg in their diet and my body’s had its' annual bread intake in a few days.

My host family’s son (who is 5) goes to bed later than I do and everyone sleeps in. It is definitely going to take some adapting to. 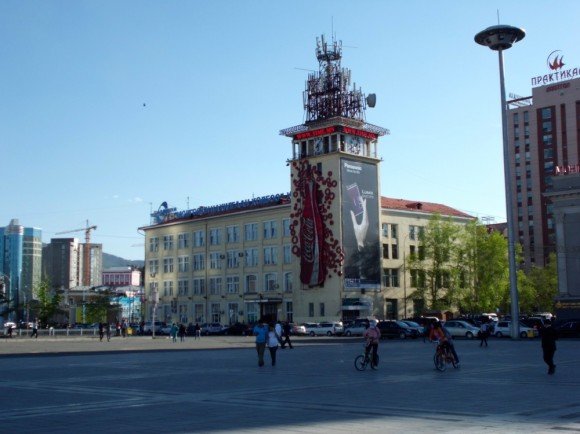 ‘It is tradition for a new person to sing,' said the Producer of the TV station I was working for.

It was the Director's birthday and myself and my colleagues were toasting her with red wine and an artificial birthday cake decorated with icing shaped dogs.

‘Really?' I asked, only half convinced.

The director nodded in agreement.

Standing in front of my new fellow workers, I delivered a pitch poor English version of Happy Birthday, praying that I would remember the recipient's name. Luckily for me, they all joined in just at the right time and drowned out my incorrect pronunciation. 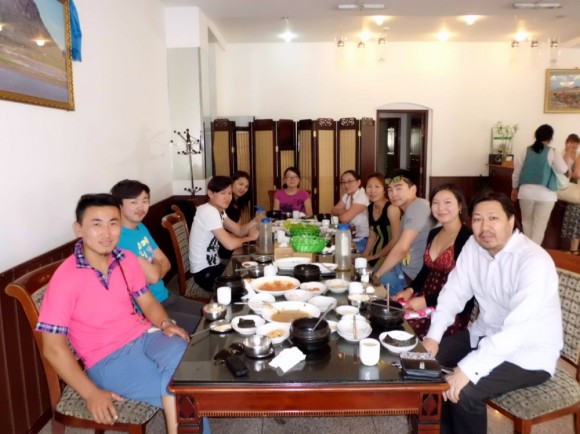 With just only one week to go until the elections on 28th June – political news is dominating the TV and there’s no shortage of parties to choose from. There’s the:

But not a raving looney in sight! 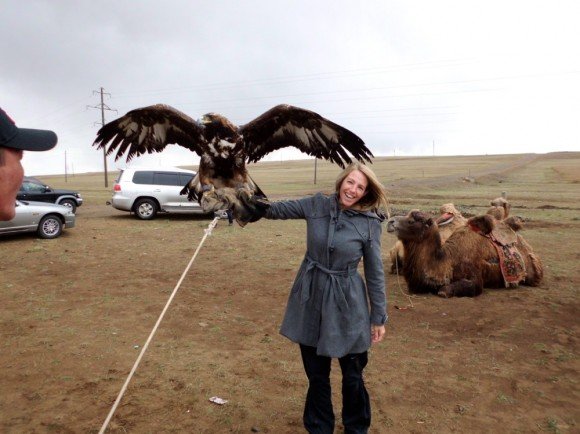 ‘Mongolia?' people had said when I told them that I was going there for a month. ‘Where's that?'

Before I left home it had got me thinking: why was I going to Mongolia?

Such an unusual destination to decide to live and work but I was drawn by the fascination of this unfamiliar place, to a country so vast and full of culture that I knew so very little about.

And as my month here comes to an end, I still wonder what drew me to this destination so very unknown. I would consider myself a robust type of traveller, adaptable and resourceful: someone who makes the most of any situation but living in Mongolia can challenge the best of us. 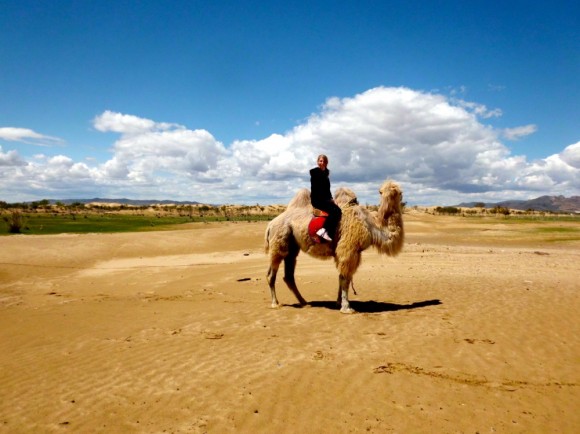 I've been spat on, nearly robbed and almost run over. I've survived with hardly any hot water, survived the fatty meat and salty tea and the glares from wary locals, afraid that westerners are coming here to take all their resources through the mining of their land. And it has been a harsh ride. 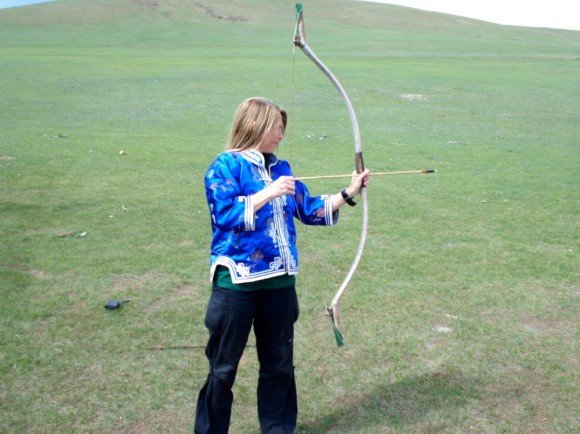 An attempt at archery in traditional costume…

On the other hand, I have made an adorable Mongolian little brother, learnt to talk a bit of lingo and immersed myself in this fascinating country and managed to turn my first impression into an incredible lasting one.