Lost in a Lost Civilisation

It is dark. All we can hear are footsteps and our voices as they echo from the canyon walls. There are no stars and the night sky barely lights the way. Just hours before, this ancient city of Petra in Jordan was bustling with hoards of tourists and sellers. Now, it is empty except for five Americans and one English girl.

I have just taken the last donkey ride (which was the most comfortable animal I have ever ridden) and the place is deserted.When I entered the ‘Red-Rose City' five hours ago, little did i know that I would be one of the last people to leave this historical site of sandstone carved monuments that is one of the seven wonders of the world. 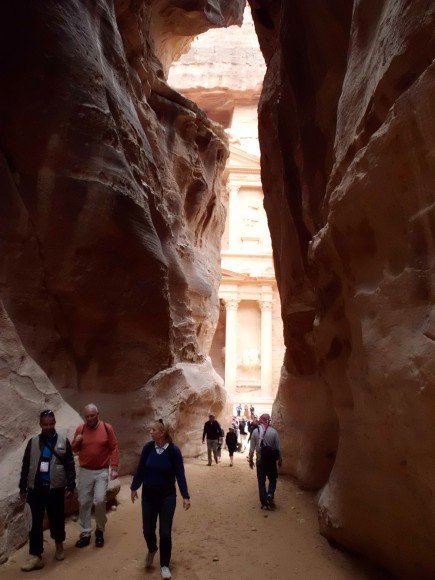 The entrance to the Treasury

This year celebrates the 2000th year of rediscovery of this magical site that belonged to the Nabataean civilisation. It is a place of timeless beauty with its kaleidoscope of colours. The Treasury itself is enough to leave you breathless before climbing the 800 steps to the Monastery that stands 50 metres tall. 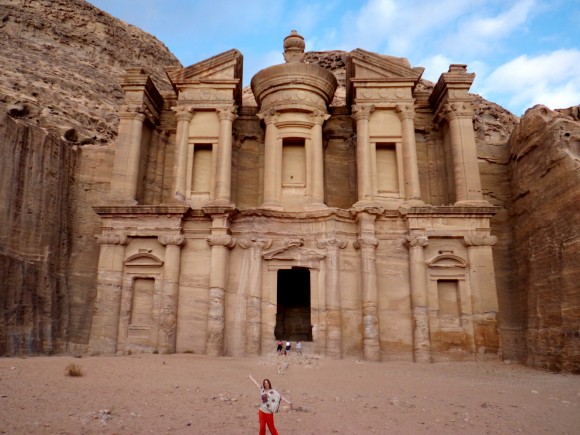 But if the hike around the sites are too much, take a leaf out of my book and take a leisurely donkey ride, only make sure that you actually leave enough time to get out before darkness sets on this vast historical city or you may find yourself as we did –

lost within a lost civilisation… 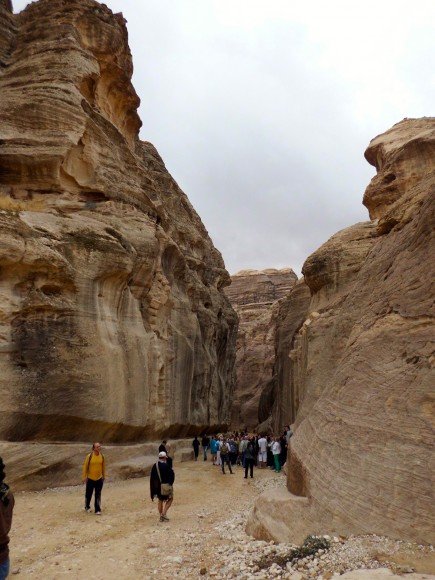 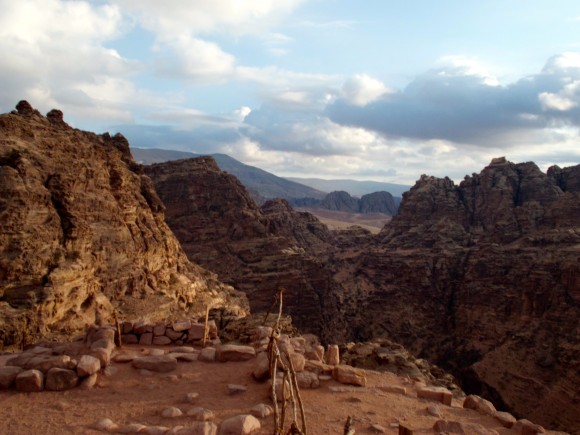