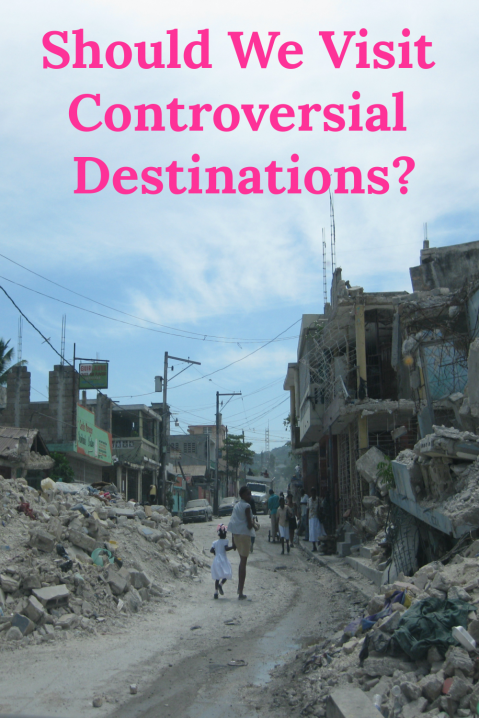 Travel is such an enriching experience with new cultures and new lessons to learn about the world and about ourselves at the same time. But as travel begins to slowly open up again, it begs the question, should we be travelling to controversial destinations?

There’s an argument about visiting countries where you don’t agree with what the government are doing but the main points are that it can be the local people who suffer from lack of tourism into the country. Admittedly you are still supporting the country but if we stopped going to a country because of what is happening there will it stop what is happening? Most likely, not. But going can raise an awareness of the country.

Rwanda, for example, had one of the worse genocides in the world and now they open tourists with open arms? Is it okay to visit these countries when atrocities aren’t taking place?

Ones that I really want to promote but ethically feel very uncomfortable about doing so is Myanmar. But with the news that the genocide against the Rohingya is being denied by the government, it's hard for me to talk about Myanmar because it feels so ethically wrong to visit this country at the moment but does that mean that in a few months time, we won't feel so bad about visiting it? 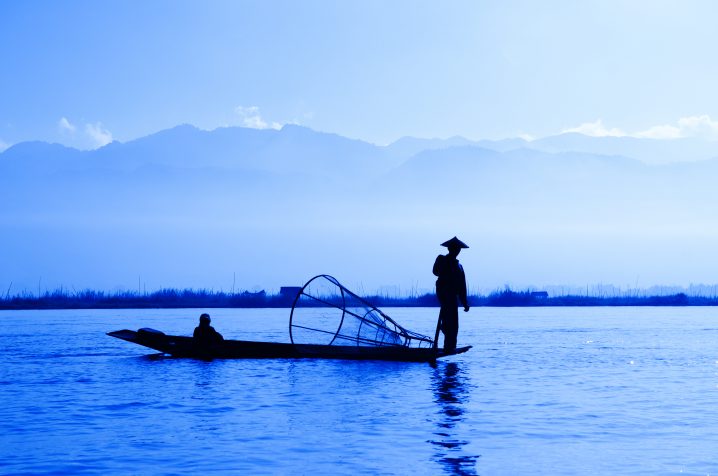 Intrepid Travel who are one of our solo female-friendly companies says on their website: “At a difficult period in the nation’s history, Myanmar reveals just why grassroots travel is so important. Despite recent unrest, Myanmar’s stunning gold pagodas, ancient towns and forested landscapes are still worthy of your attention. We believe there has never been a more important time to be fostering real exchanges between travellers and locals, whether that’s visiting a family-run workshop in Bagan, learning from a community project in Pakkoku, or simply mingling with villagers in Kalaw”

So, if one of the biggest tour companies believe that we should still visit countries where there are atrocities taking place, to help the locals. Is that good enough reason for us to go?

Even if the country is safe, especially for a solo female, should we really be travelling to a destination that holds women as second class citizens? .

What about places such as Saudi Arabia or Iran? Saudi Arabia have now made travel to their once difficult to enter country more accessible by offering evisas. Would you go to Saudi Arabia? There's also Israel, with their ongoing conflict against the Palestinians.

It’s no secret that countries in the Western World have supplied arms which have caused loss of lives in the Middle East so should we boycott the U.S. and the U.K. too? (which is obviously difficult when the UK is my home country).

There's also Dubai, where the daughter of the Dubai ruler, Sheikh Mohammed Bin Rashid Al Maktoum, Princess Letica, has not been seen since March 2018 when she apparently tried to escape the country, setting sail for India. It is said that she may have been kidnapped. With the ruler of Dubai not allowing rights for his own daughter, should we be visiting Dubai? 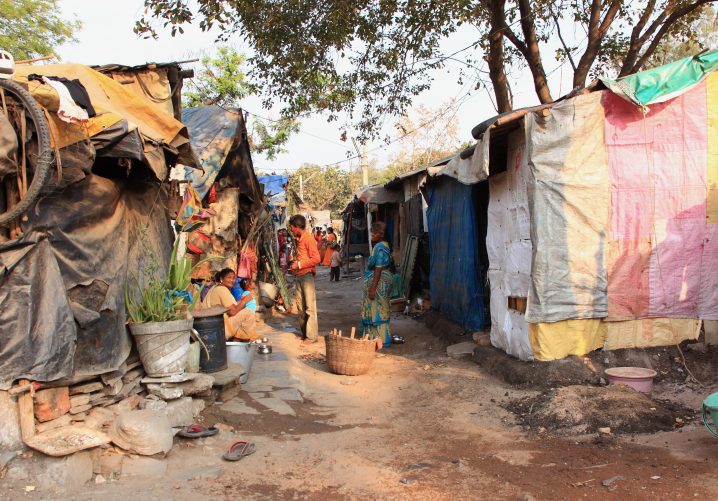 Should we boycott India, a country where women travel to for spirituality, knowing that today in that country, girls are at risk of being killed, abandoned or trafficked and more girls and women have been discriminated against and killed in the past century than any other modern-day genocide. According to The Guardian, more than 50 million girls are missing from India’s population.

What about Tibet or Hong Kong. If we visit these places are we saying that we agree with the Chinese government rule?

Then there's China who abduct people for organ transplanting, the Philippines who have a leader who gave orders for anyone to murder suspected drug dealers, Brazil who has a leader who sells off the Amazon Rainforest and thinks it’s okay to burn what people call the ‘lungs of our planet.’

What about America with one of the biggest human trafficking problems, Cyprus, where the locals seem to be against the refugees who live in the island’s asylum centre many of whom are women and children, who I have personally visited.

What about countries with a dictatorship? Which unfortunately includes many of the former Soviet States including Turkmenistan. Would you take a obvious propaganda tour to North Korea where people are thought be kept in death camps? 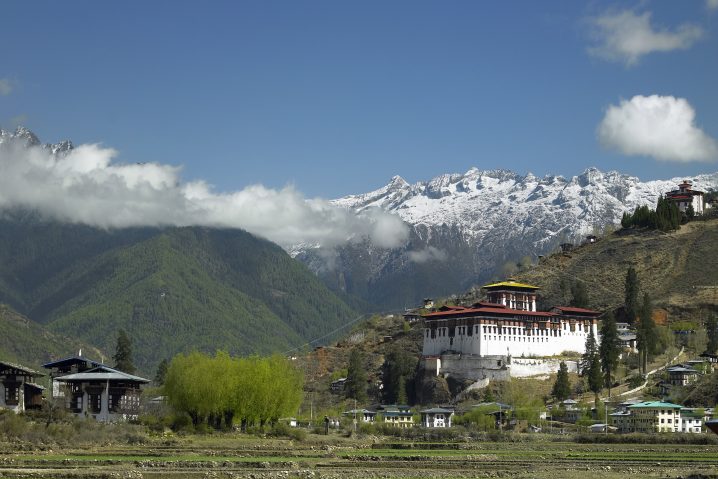 The peaceful country of Bhutan

If you travel to Bhutan, you are forced to take a tour and to pay the government approximately $250 a day. Bhutan is said to have the biggest gross happiness index in the world, and when I visited I thought that it was one of the most peaceful countries that I had ever been too. Yet, a Russian lady that I met during my trip had a completely different view. She felt as though Bhutan was very repressed and it reminded her of being under a former Soviet rule.

Then there’s freedom of speech. There are many countries that aren’t even gay friendly, for example, Russia. So should you avoid these?

And just because our lives aren’t in danger, should we turn a blind eye to what’s really happening to the locals just because we want to get an Instagram photo of one of all the temples at sunrise?

There are tourists who are going to Iraq and Afghanistan and companies (before Covid) who were entering Syria although the conflict there is far from over. If you look at the UK Foreign Office website, it will tell you that these countries are officially still dangerous to go to yet adrenalin junkies are still lining up to go there and take other tourists with them, to tick them off their bucket list.

Given all these examples, is there really any county that we could ethically visit? Yes to the Scandinavian countries but even the Faroe Islands, who are a part of Denmark, still hold their annual whaling festival where whales are killed for their meat.

But out of these countries, good things are happening. Micro loans are being given to women to enable them to start their businesses, organisations such the Malala Fund are helping girls get back into education, and projects such as Invisible Girl Project, a non-profit organisation that seeks to end the atrocity of gendercide in India, raise global awareness concerning the loss of female lives in India. They pursue justice, and assist in the rescue and care for girls.

Travelling to a country can bring awareness if it is done ethically with a respect for the people who live there. As a writer and blogger, I have filled in various visa applications with a different occupation just so I was guaranteed entry into a country (hello China), and left my journalist card at home just in case I was searched.

I have always aimed to show the local issues of a country on my solo destination guides and include projects that are helping the country. And because of this I would visit a country (except obviously Syria) because I want to report back and educate people on what is really happening beyond the pretty Instagram photos that others are taking. 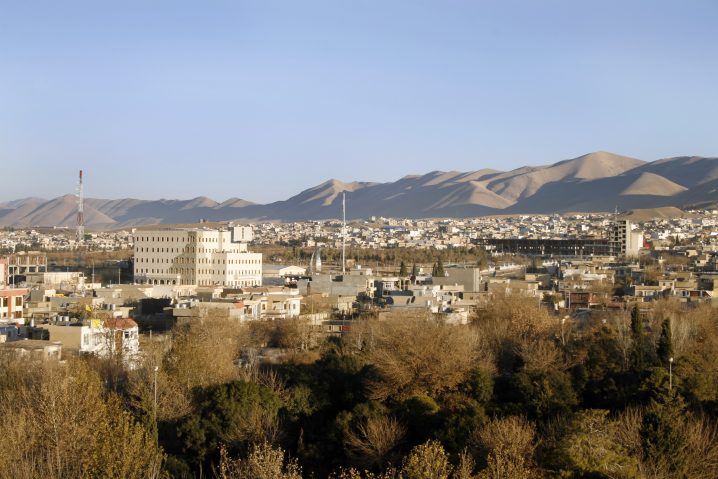 So, no matter whether you think yes I should go, or no you shouldn’t, Maybe there is no right answer and it really is a personal decision for every one of us? For me, raising awareness of what governments are doing and what is actually taking place within a country is most important but it would be very difficult for me to turn a blind eye against an atrocity that is currently taking place in the country.

But then again, as regards to being consumers, we still buy products from brands that have been associated with child labour, and unethical practices, (Apple for example, Johnson & Johnson, and Primark).

So, maybe it’s about travelling to these countries to raise awareness or to support projects that are helping women and children, and to put our dollar back into the local economy and help the locals who really need it.

This topic is probably the most controversial that I have ever included on the website. I have tried to be objective and thought-provoking and I’d love to know your thoughts. Would you visit any of the mentioned countries?