I am fascinated by Africa, by its people and its diversity of culture. A history of Apartheid, slavery and homogenous tribes. Africa is where mankind is thought to have begun, and 400,000 years after the emergence of Homo sapiens, this country still holds an aura of mystery and fascination.

Having read about the Himba tribe who live in Northern Namibia, I was intrigued to meet these tribeswomen, who cover their bodies and hair in red ochre, and are admired for their unique beauty. The Himba tribe are a semi-nomadic tribe who live within the Kaokoveld region.

I’d heard that they regularly visit the town of Swakopmund to sell their hand-made jewelry and I hoped that during my visit to Namibia, I would be lucky enough to meet them. 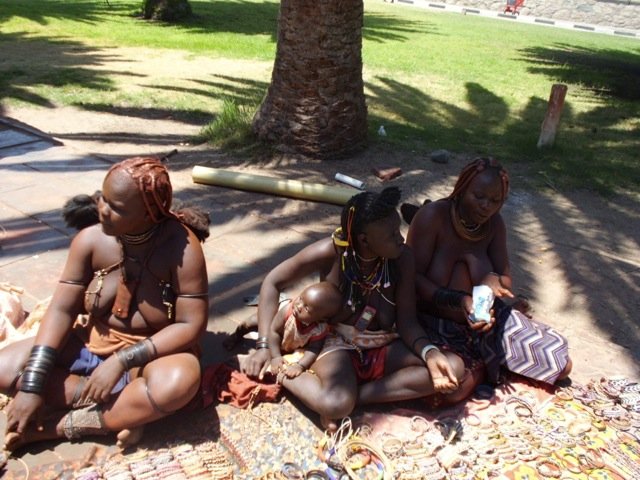 Walking around the German town, I could see a small group of woman with red dreadlocked hair and goat-skin loin cloths. My heart began to race. As much as I had read about this tribe, I was unaware of how their reddish appearance could be so striking.

I had seen pictures of them in books, and here I was, standing right in front of them. I was star-struck, unable to communicate. One by one they tied a bracelet around my wrists,  then another, until my arms were covered in the same red powdery stain as theirs. All the time speaking amongst themselves in a language that I could not comprehend.

This tribe were a far cry from their ancestors who I had encountered just a day before. A tribe who adorned themselves in Victorian dress and pointed hats and lived within modern houses in the townships. 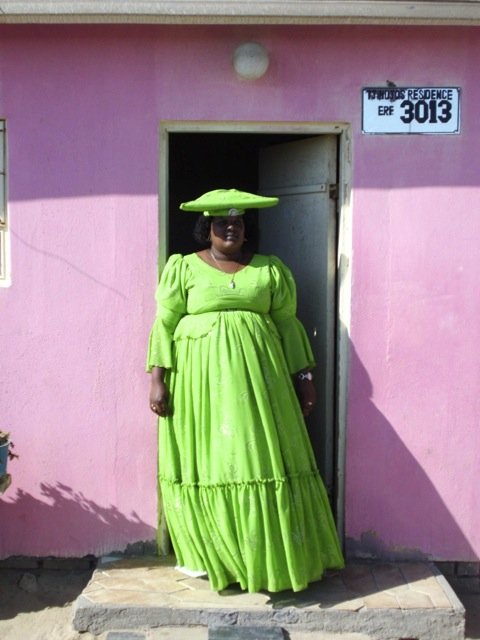 Could these really be the same people?

One tribe seemed so primal and the other so Victorian. They spoke the same Bantu language and shared the same holy fire custom yet were so different.

Both descendants from East Africa, the tribe had segregated two centuries before and many moved South and settled as cattle ranchers, becoming known as the Herero tribe. Upon arrival of the missionaries, the Herero tribe were encouraged to wear the clothes of that era, and wore victorian dresses and cow-horn hats, which have become their tribal landmark. 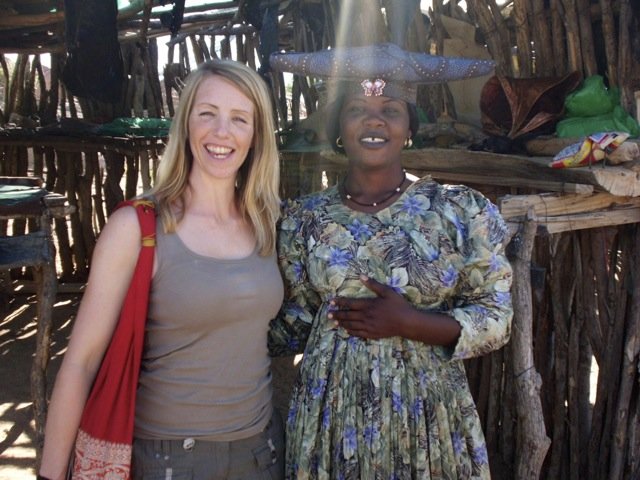 The warm smile of a Herero woman

Both had welcomed me with such warm smiles and had given me a glimpse into the strength of their culture: the Himba who had survived through adversity to maintain their traditional way of life and the Herero, once nomadic pastoralists who have preserved their way of life despite German rule.

One ancestry, two tribes, a total contrast from one another yet united in so many ways…