Pakistan may not be on the top of your bucket list or even appear at all, but this country definitely should be! Trekking in Pakistan delivers beautiful, staggering scenery and some of the world’s highest mountains, it's a hiker's paradise.

Pakistan may not be on the top of your bucket list or even appear at all, but this country definitely should be! With beautiful staggering scenery and some of the world’s highest mountains, it is a heavenly trekking destination. Rewind just a few years and it wasn’t that long ago that Pakistan was a thriving adventure tourist destination, full of eager trekkers coming to conquer the rugged Karakoram range, part of the Himalayas that lay in Northern Pakistan.

However, this country is no stranger to instability and since its long battle with India over Kashmir, these giant peaks have been left unconquered. It's only since 2012 when the Foreign Office lifted the travel advice for Kashmir that they are being rediscovered. K2: The most famous of them all If you are looking for the ultimate trekking in Pakistan challenge, try conquering the ‘Savage Mountain,’ the most famous of them all, but the second-highest mountain on earth doesn’t come without its challenges. One in four have reached their peril attempting to conquer K2 and this mountain should be avoided during winter. 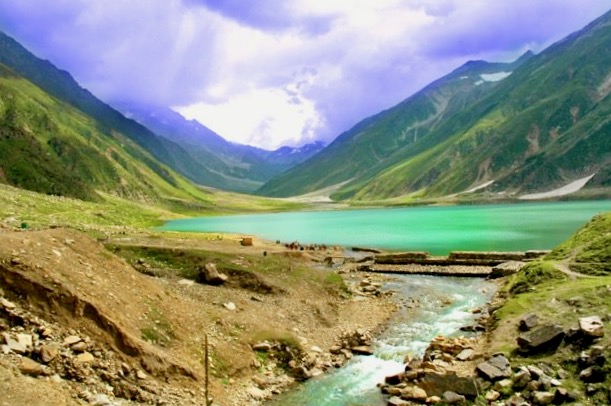 Needless to say, you don’t have to be an experienced trekker to climb this mountain to reach its dizzying heights. Although it peaks at 8,600 meters, treks don’t have to be followed all the way to the top to witness the breathtaking scenery that it brings. K2 is shaped like a giant diamond that rises from spectacular glaciers and is a dream for the passionate trekker.

Start the trek at Concordia Base Camp, the glacial junction, then ascend through the Boltoro and Austin Godwin Glaciers which unfold to Karakorum’s famous ‘eight thousanders’ summits. As you travel further along the Karakorum Highway to the border of Pakistan with China, the Nanga Parbat (known as the ‘Naked Mountain’) comes into view.

Trekking here will also you through the ancient Silk Route past the Indus and Hunza Rivers for lush scenery and snowy peaks. The ‘Killer Mountain’ According to experienced climbers, the Karakorum are known as the World’s wildest mountains. Their vast, untouched nature is unspoiled by tourism and has a remoteness that is hard to find anywhere else on the planet. Aside from K2, another classic trek is the Nanga Parbat Mazeno Pass but this route is extremely challenging and since it was first conquered in 1953, it has claimed more than 45 lives, giving it the nickname ‘the Killer Mountain.’ 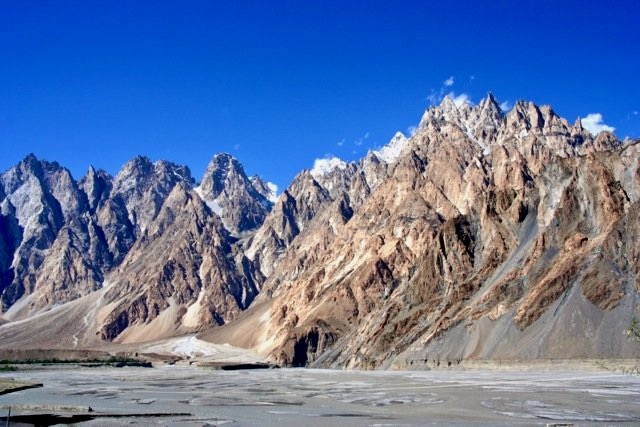 The trekking offers superb views but its slopes are so steep and bare of snow or any vegetation. Camping overnight is under the Rupal face: the largest wall in the world, which rises 5000 meters to the summit of Nanga Parbat. Other overnights include sleeping near the Mazeno and Rakhiot Glaciers. This trek is considered to be amongst the world’s greatest treks but enter at your peril. June to August is the best time for this trek where you trek for 5 to 6 hours a day. Up For a Challenge?

Let’s face it – pretty much every trekking route in Pakistan is challenging and requires a great deal of fitness. Pakistan has three zones for trekking and defines them as walking if they are below 6000m. The Shimshal Minglik sar and Chapchigal pass offers the best Himalayan views and takes you through the remotest part of Karakoram. These mountains are some of the toughest and will take you to 6,000 metres.

The trekking starts from Islamabad where you drive to Passu towards the upper part of Hunza for a jeep ride into the entrance of the valley. June to September is the best time for this trek. The locals here are excellent climbers and have climbed these monstrous beasts numerous times as porters, so you’ll definitely be in safe hands. As you trek past yaks, sheep and goats within the Shimshal’s high mountain towns, you can witness the Shimshali’s hospitality and proud traditions for yourself.

When to go? Allow at least three weeks for trekking in Pakistan. The trekking season is between May to October and can differ depending on your desired trekking route. If you want to combine your walking adventures with something of a lower altitude, the Himalayan mountains are perfect for motorbiking and mountain biking too.

The mountains that lie in this land have an awe-inspiring lure and wherever you choose to trek, you will be rewarded with unsurpassed scenery. Pakistan is the ultimate trekking destination and once word gets out, it will be on the top of every adventurer’s bucket list…

To book an adventure trek in Pakistan, check out Wild Frontiers, an award-winning ethical tour company that specialises in tours off the beaten path…

1 thought on “Trekking in Pakistan”