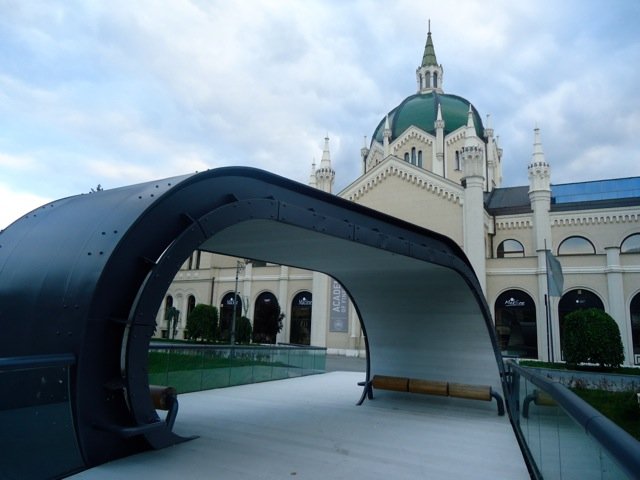 Nowhere has touched me more on my European trip than the city of Sarajevo. This Bosnian capital has moved me in a way that no other city has. Before I came, I knew little of the Bosnian War, I knew little of the city's inhabitants who for three and a half years spent each day in this city facing death.

Signs stating ‘watch out sniper run and rest in peace’ didn’t deter children who risked their lives to go to school, only instead of learning in their bombed out classrooms, they gathered wherever they could listening to the sound of bombs and gun shot happening around them.

The Siege of Sarajevo began on April 6th 1992 when the Yugoslav army surrounded the city. At first just the main business buildings were being shelled: the post office, schools and the electricity building, all with the aim of making the people of Sarajevo surrender.

But the people of Sarajevo didn't surrender. Instead as 300 grenades fell daily onto the city, the local people continued their lives, trying to blank out what was happening around them. Beauty contests continued and when U2 broadcast their song Miss Sarajevo with a sign in the background stating ‘Don’t let them kill us,’ the war became known to the rest of the world and their plea for help, a line for American journalists. 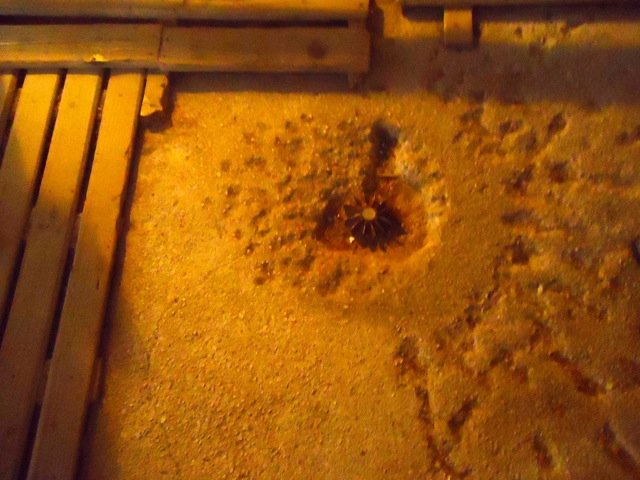 A grenade mark on the entrance of the tunnel 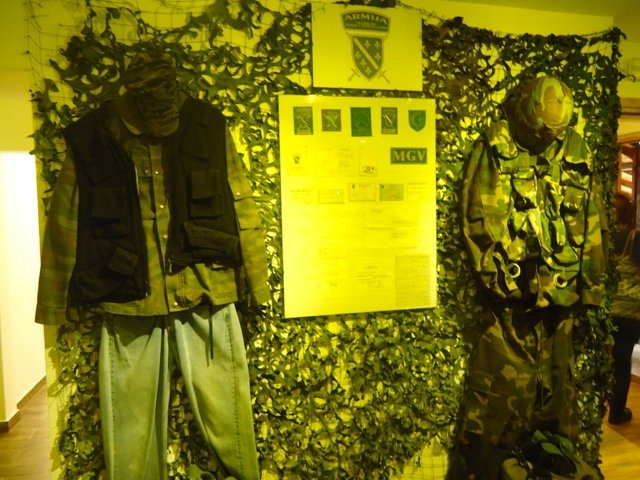 As the war continued, the city's stadium became a cemetery where people were buried at night. In total 11,541 Sarajevans died. On 14th December 1995 a deal was struck to end the three year war but this was after two massacres took place; one upon people queuing for their rations of bread. It is told that a musician stood at that spot for thirty days after and played every single day as a tribute to those who had died. 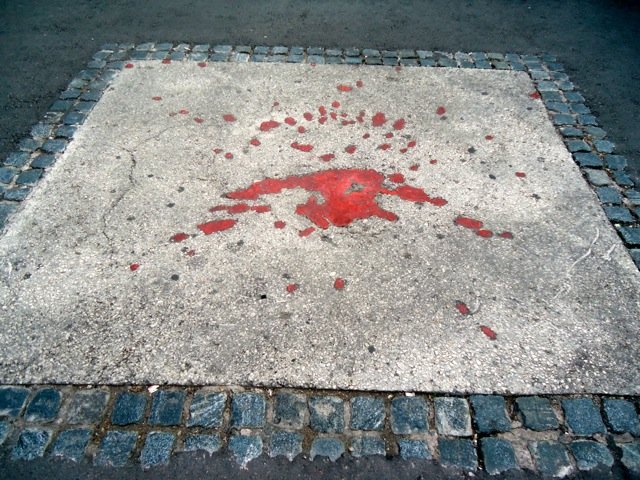 How could this happen to a country that in 1984 held the Olympics?

Sarajevo wasn't the only city to be bombed during the Bosnian War. Some say that the siege of Sarajevo was a way of deterring people from the grisly genocides of what was happening in the rest of Bosnia. All I know is that their strength, their solidarity and their resilience is astounding.

It has been nearly two decades since the Bosnian War but a recent event of anti-government protests must act as a grim reminder of the suffering that these people endured between 1992 and 1995.

Talking to the Bosnian people brings the history to the present and as much as they are willing to move on, emotional and physical scars remain. Beautiful monuments stand in the city in memory of the children who died. Names of all the Sarajevans murdered appear on stone scrolls and a water monument of stone symbolises the relationship between a mother and her child – together yet they are standing alone. 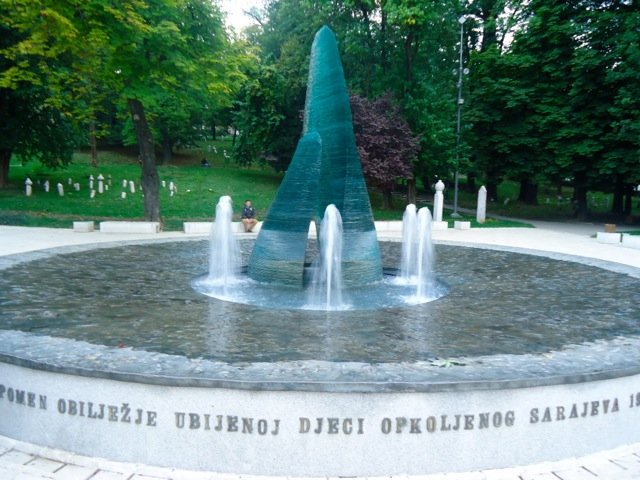 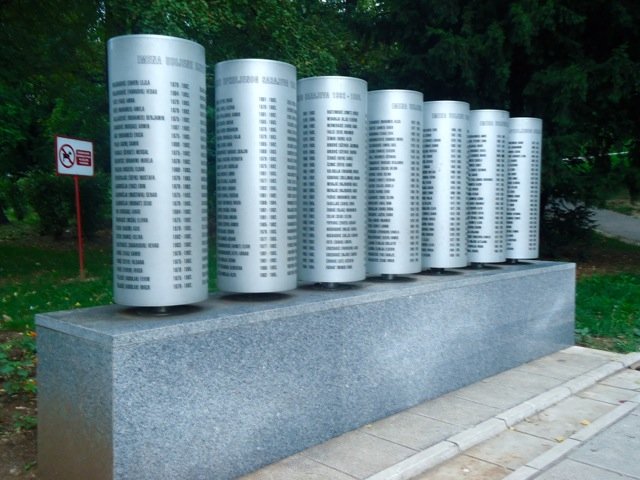 I met one woman who's father had been captured after his neighbours had turned against him because of his race. He was taken to a concentration camp and was later helped to escape to Germany. He took his family and fled to Australia, a safe haven from the war. His daughter says he is now a shadow of his former self and suffers from anxiety attacks.

He should be one of the lucky ones, but he believes he should be dead and cannot live with the guilt after he dodged a bullet meant for him. It killed the man behind. He made an emotional return to Sarajevo in 1996 when the war was over, to buildings once symbols of an Olympic city, now full of bullet holes. 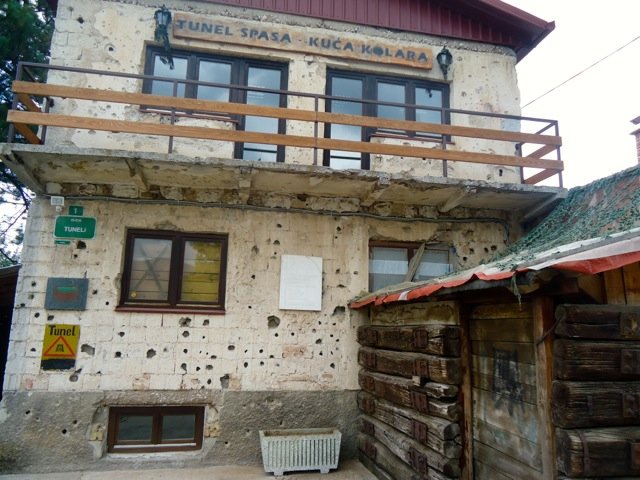 The people of Bosnia and especially Sarajevo have touched my heart and this city is one that will evoke all your emotions and although the Bosnian war played a huge part in its history, there is so much more to this heart-warming city.

Sarajevo was founded in 1462 and used to be the second most important town in the European empire. Areas such as Pigeon Square in the old town will transport you to the Turkish markets of Istanbul. 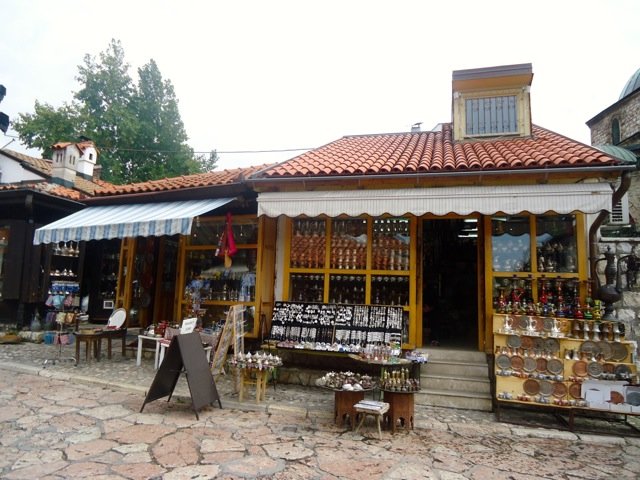 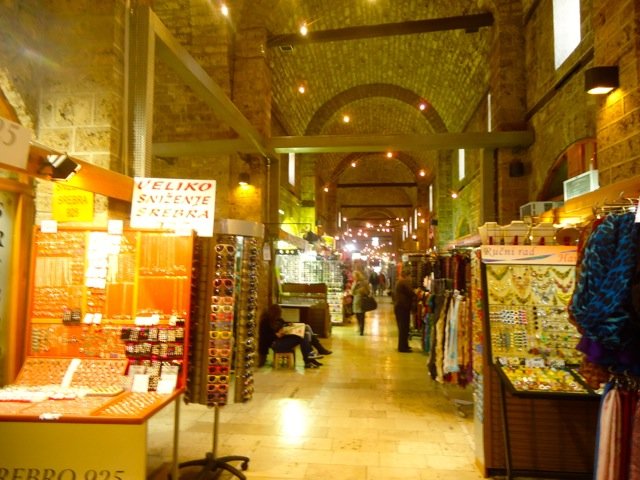 The other side of the main square has architecture that resembles buildings from Vienna and monuments that will make you stop and think about their grim past before a Sarajevan will walk past and smile at you, reminding you that this is now their present… 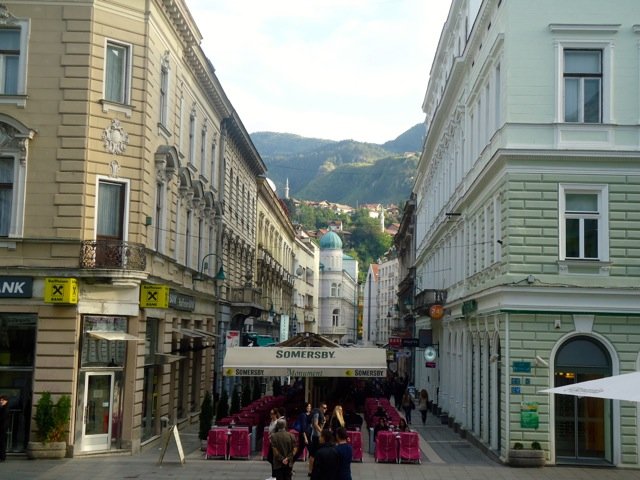 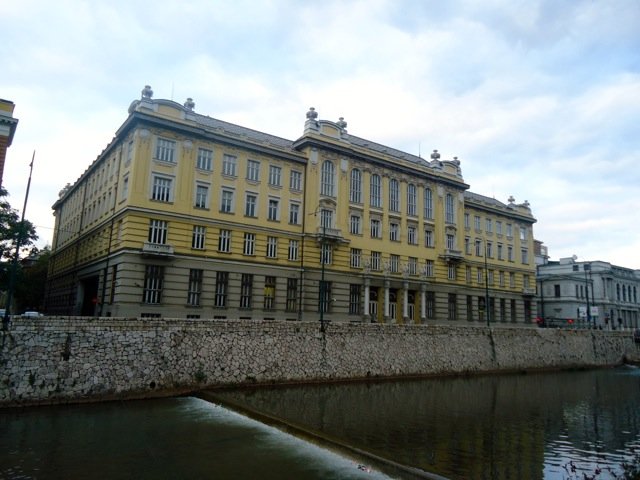 Travelling from Serbia to Sarajevo

I travelled by bus from Belgrade in Serbia which cost £25 for the 7 hour journey. Buses depart several times a time and you can purchase bus tickets from the bus station in Belgrade. Not too sure what to do in Serbia? Read 24 hours in Belgrade for ideas.

I stayed at Hostel City Center Sarajevo which is great if you're travelling solo to Sarajevo. The hostel was in the best area to sample the nightlife of the city. There are a few hostels here and a range of accommodation. The city can be reached by tram from the train and bus station. If you choose to take a taxi, make sure you barter as they can rip you off.

My tour to the Sarajevo tunnel was with Insider Tours. The 2 hour tour cost 30 Marks (€15) and includes the transport to the tunnel which is outside the city. The guide speaks English and is really informative. I definitely recommend this company.

I also took a walking tour around the city with Insider Tours. The tour is free and you just tip at the end depending on how you found the tour. You learn all about the city's history and meet other solos on the way. 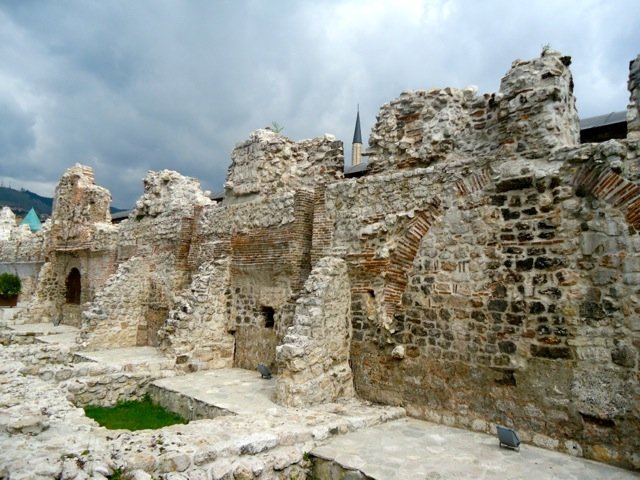 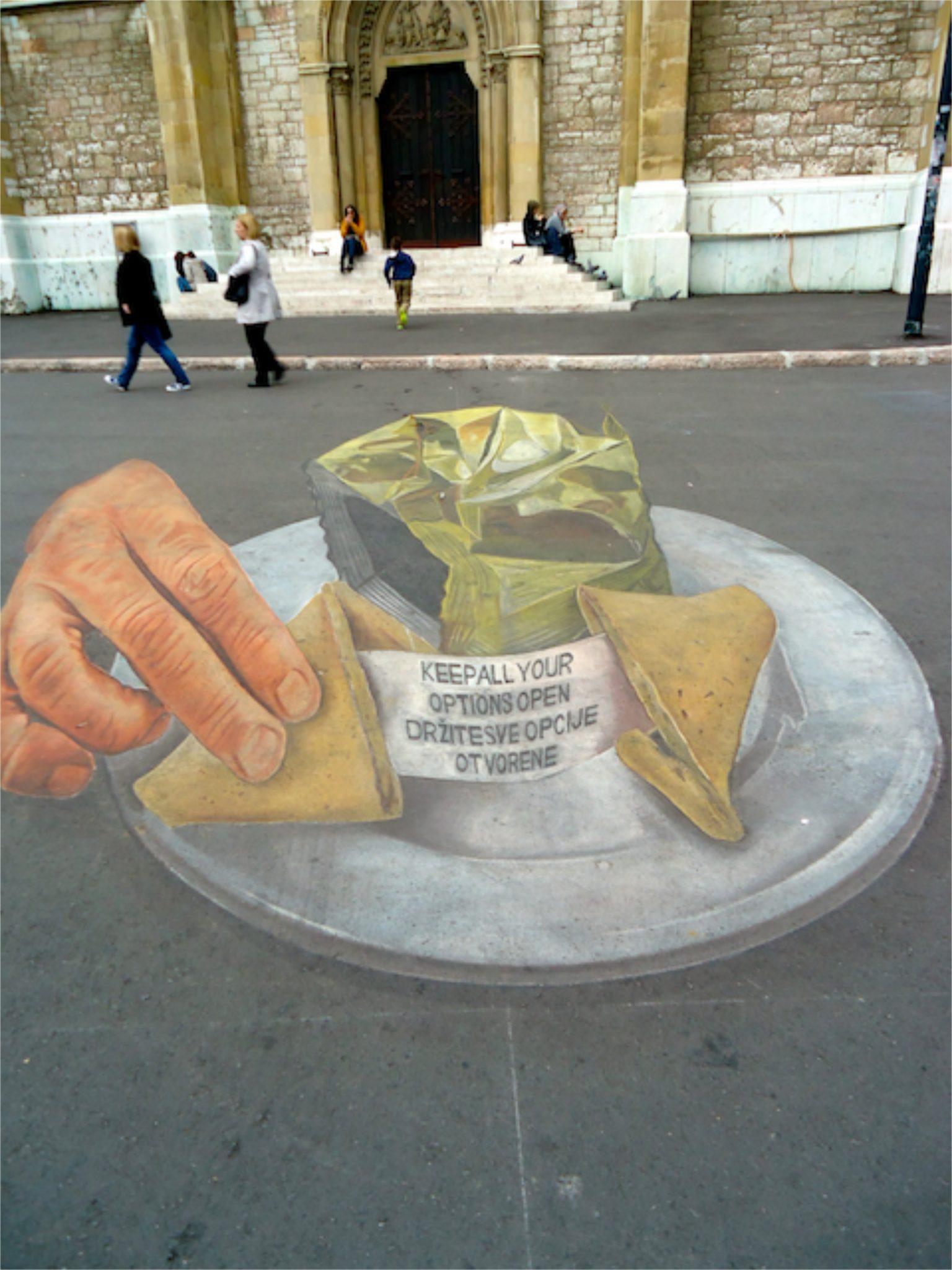 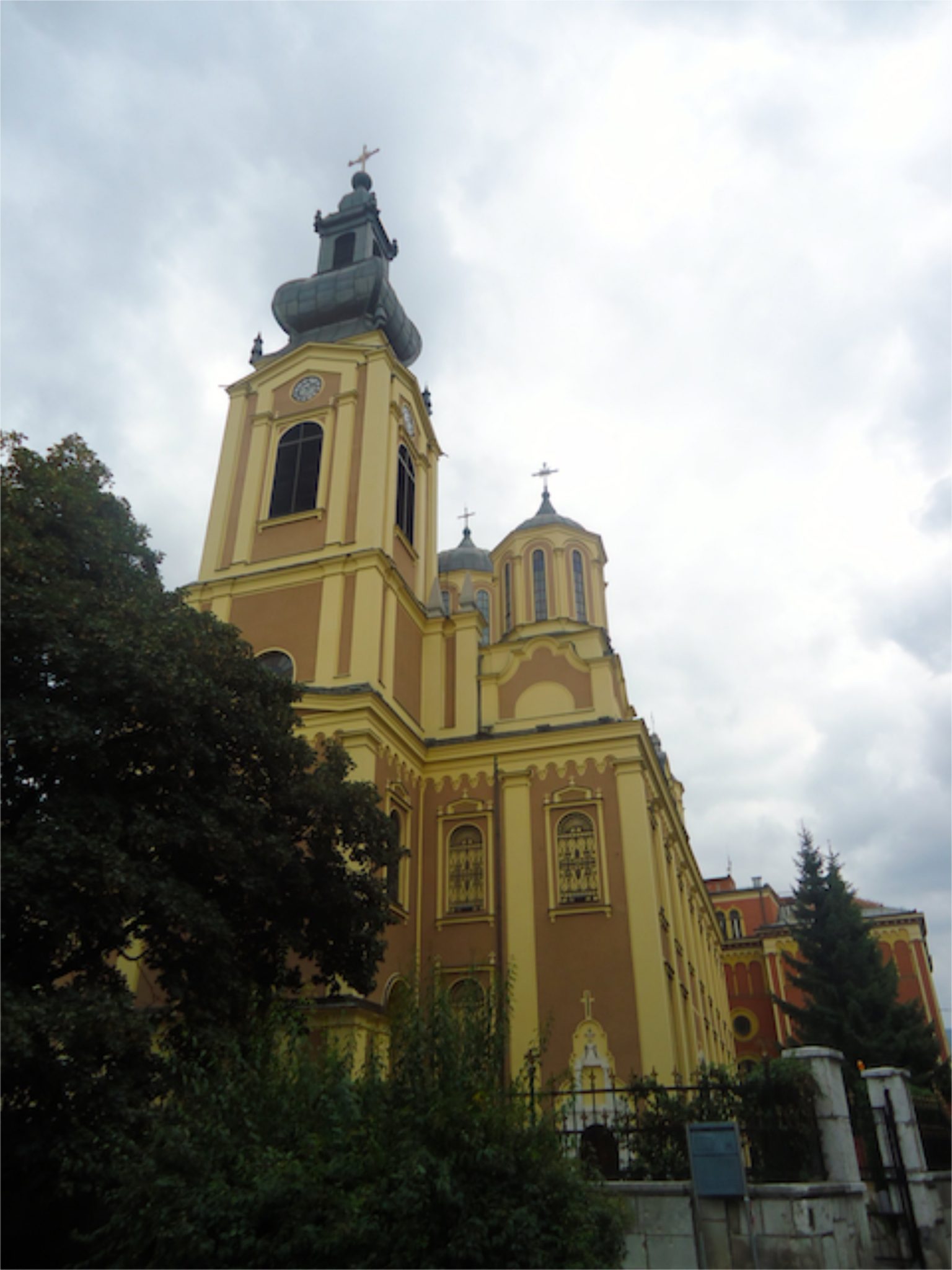 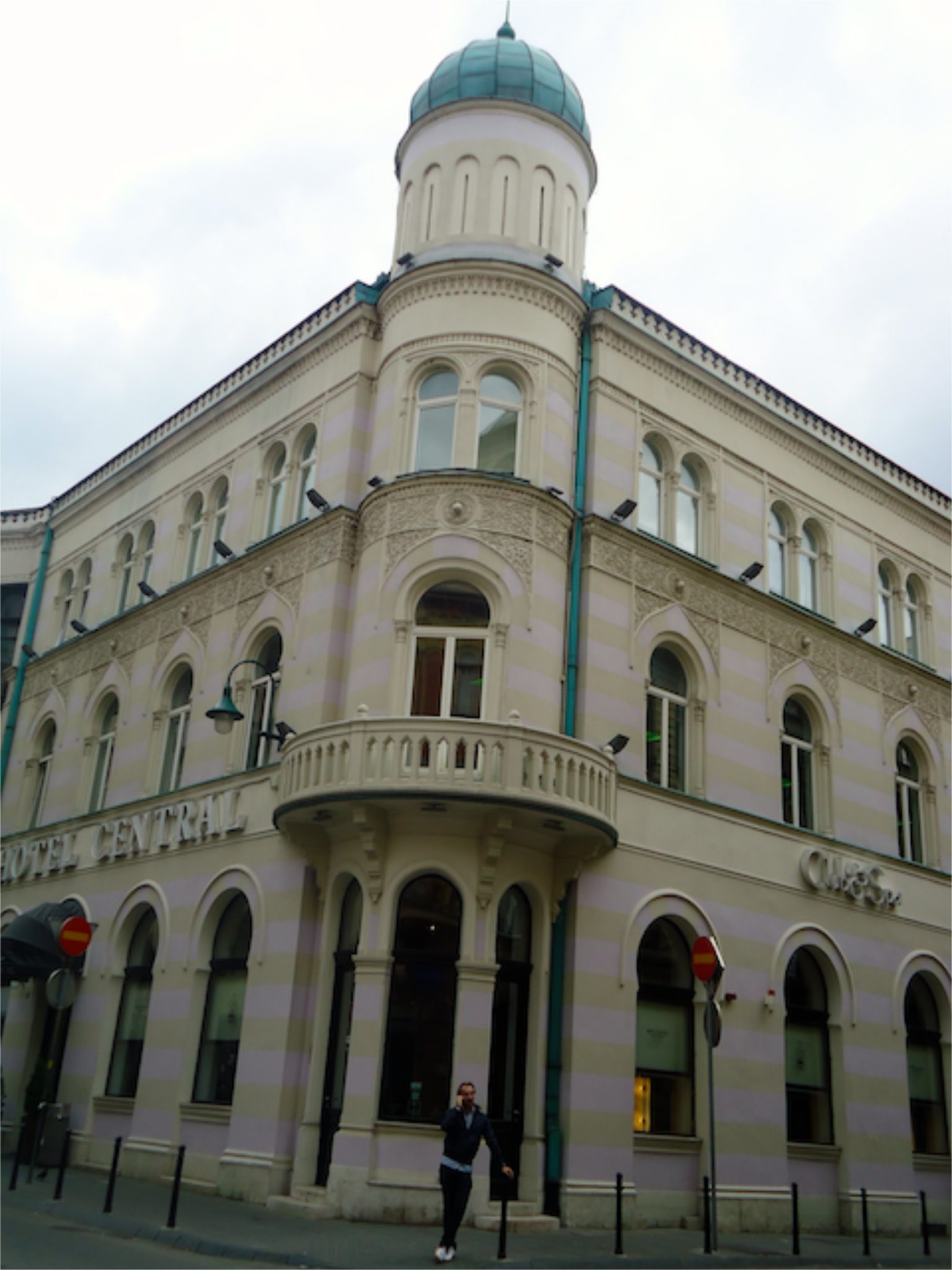 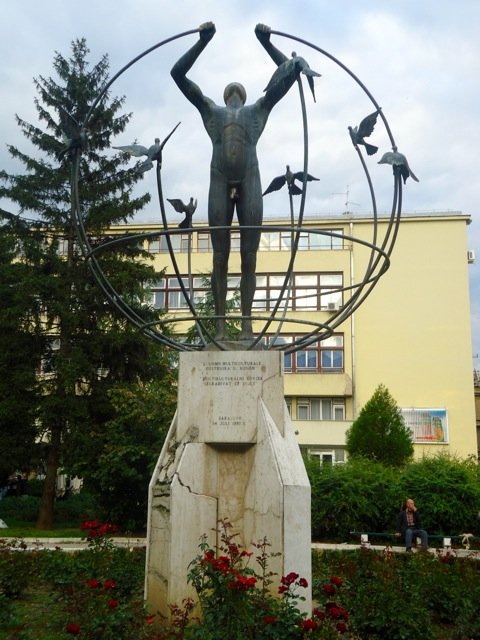 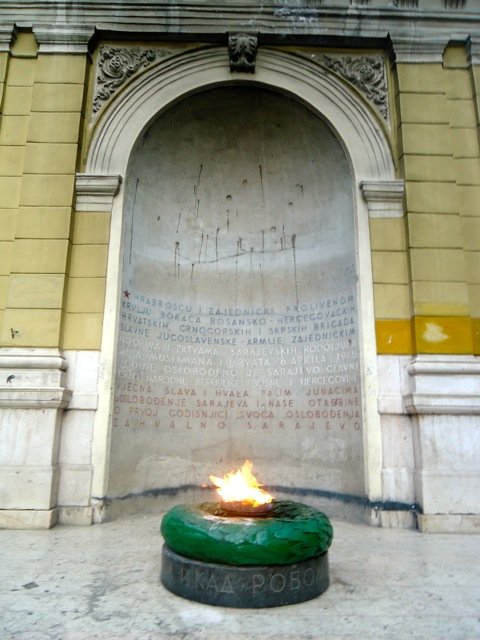 7 thoughts on “Touched by Sarajevo”