‘Where did you go travelling?’ asks the doctor during my regular health check.

‘Central America,’ I replied, listing the countries I had been lucky enough to visit.

‘Mexico?’ gasped the other nurse standing in the room. ‘That’s where they kill people and hang them up for others to see isn’t it!’

‘Is it?’ I asked, confused and slightly nervous that I didn’t know that before I left.

‘Yes, the drug people,’ she continued.

‘Oh,’ I said, now understanding. ‘That’s only in Northern Mexico above the capital that you mainly find the drug cartels.’

‘Well you wouldn’t get me going there,’ she retorted.

I thanked them and left the doctor's surgery. If they thought like this, how many other people did? Was Mexico really that bad and had I been foolish to travel by myself? I had recently discovered that three people had been shot dead in a bar in Cancun just weeks before I was there – would that have stopped me from going if I had known? Although it wasn’t in the tourist area and amongst the local people, would I have been in danger too? 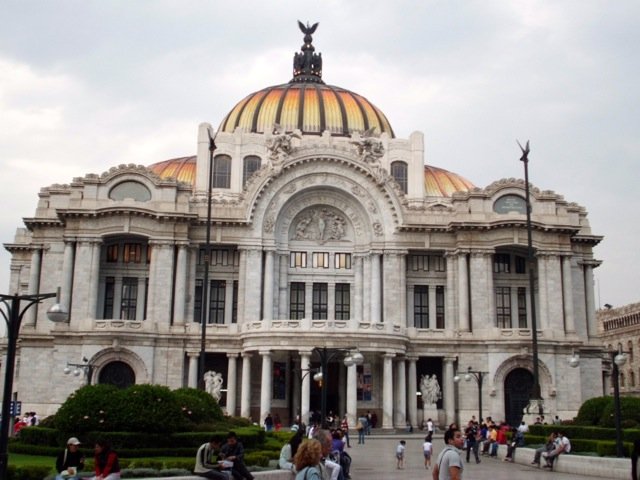 The World is Too Scary!

The world is full of scary people like robbers, murderers and gangs. We even get them in England, and only recently there had been a daylight murder of a soldier in an open London street. Admittedly this was an act of terror but it just goes to show that even where we perceive to be safe – is not.

I met a Mexican girl who lived in a town where the drug cartels ruled and the police were corrupt. As much as she didn’t enjoy living there, she had adapted her way of living. She didn’t walk the streets after dark and if she saw a policeman coming towards her, she would cross the road to deter being given a fine that she didn’t deserve.

She adapted to her situation and that is what we as travellers do – we adapt.

We judge each situation with open eyes, listen to our instinct and more importantly listen to the locals. Yes Guatemala does have gun crime and there is a well-known bar near the border with more shootings than anywhere else but listen to a local who lives there and you’ll be surprised to know that if you visit the bar before dusk on any day, you will have no trouble. Visit on a weekend night and you could get caught up in the drunken cowboys shooting their guns as they get drunk.

When you visit poorer countries with desperate people, crimes can happen. I enjoy the thrill of being in another country, of pushing my boundaries and straying from my comfort zone but I don’t take foolish risks. I don't wear expensive jewellery, or designer clothes or carry a handbag when I travel because I don't want to be a target.

I was warned not to go to Honduras as a solo female but after meeting other travellers who did, I did too. I stayed within areas that were relatively safe and tried to avoid the ones which were not. Tourism plays a huge part in the income of many countries and if the police can avoid tourist-related crimes they will. The negative press will damage their reputation and their livelihood. That’s why you see security guards with huge guns at the bus terminal in San Pedro Sula.

Most crimes we hear about are not tourist-related and if they are, they were possibly in the wrong place at the wrong time. Unfortunately, things do happen and that's a fact of life. The world is a scary place but only if you allow it to be….

Have you ever been too scared to visit a country?