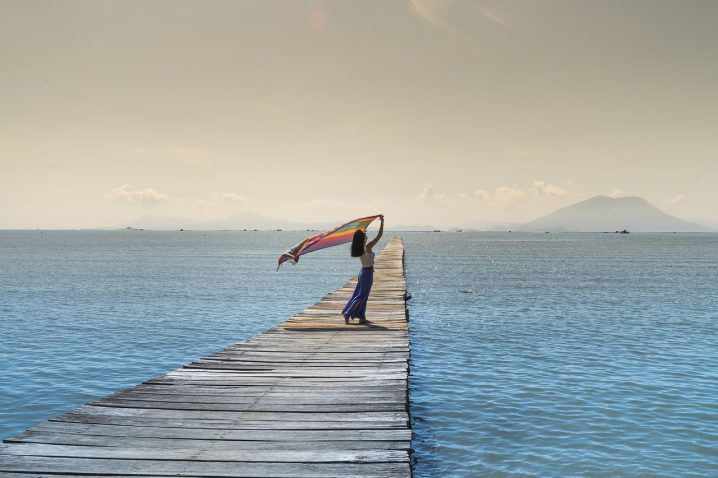 Once you’ve made the decision to go it alone, got past the roadblocks and accepted the downsides of travelling solo, there’s one more hurdle to jump as you’ll soon realise that not everyone will share the same enthusiasm for your big trip.

“Aren’t you too old? Aren’t you scared? How can you afford that? I wouldn’t go there if I were you!”

Be prepared that not everyone will see the world with the same passion that you have. They wouldn’t do it so they don’t understand others who do and are just projecting their fears onto you. Some may have never travelled solo or have even left the country, having a perspective of the world based on what they have seen in the news. Don’t let their fears become yours. As with each roadblock, there are travel myths to be crushed.

First thing’s first – you’re never too old to travel. That is an absolute myth. Whether you are in your twenties, thirties, forties or fifties, travel is ageless. I have met people on the road who are sixty plus. An age shouldn’t define you. More and more of us are looking to escape the rat race, opting for a more balanced way of life and realising that gap years aren’t just for students.

Travelling in your twenties may have a different purpose than a soul-searching trip in your later years, but there is something out there for everyone whether it’s culture, cuisine, wellness travel or just wanting to let your hair down and go wild in some coastal resort.

The travel industry caters to everyones needs and if you don’t have a desire to hang around with twenty year-old party goers, then avoid those kind of hostels and stay in hotels or homestays instead. Tour buses may be great for youngsters but if you prefer a maturer crowd, then a coach trip may be more suitable. Look for tours that fit in with your interests rather than your age. You’ll soon find that age on the road doesn’t really exist, it’s what you are like that matters.

“Travel is too expensive”

Travel is as expensive as you want it to be. If you pick expensive countries such as Western Europe, stay in five star hotels and eat out every night then yes, it is expensive and you’ll soon find that your money won’t go far. Fast travel will eat into your budget as you’ll want to experience each country and see as much as possible in a short amount of time. If you’re going to be away longer than a few weeks, consider picking up some work to supplement your travel funds. It’s not uncommon to see people travelling on a one-way flight and earning enough money when they are out there to buy a flight back home again.

You could fruit pick, work in a hostel or on an organic farm in exchange for accommodation or if you need an income then consider teaching English. There are plenty of opportunities.

“The world is a scary place”

Is it? Crime can happen anywhere. Admittedly some countries are much safer than others but if you listen to locals and avoid the places they advise not to go to, then travel will be no more scary than your own capital city.

Crimes can happen especially in poorer countries, but pickpocketing is so widespread that it can happen almost everywhere. The best way to minimise any trouble is to avoid wearing designer clothes, expensive watches or jewellery and you’ll adapt more to your surroundings and be less of a target.

Tourism plays a huge part in the income of many countries and if the police can avoid tourist-related crimes, they generally will. Negative press will damage their reputation, and possibly their livelihood, which many people depend on.

The reality is that there is a whole world out there and yes, some areas are lawless, some unfortunately have ongoing wars and some are so unstable that you just don’t know when something is going to escalate. But for every area that is out of bounds there are dozens more which aren’t. It is important to pay attention to any foreign office advice before you travel, but be aware that only certain areas may be affected and they may not be the places on your itinerary.

When you travel alone you’ll find that your instinct is heightened. Instead of being engrossed in a conversation with someone else, you become more aware of your surroundings as there are no distractions. You watch people and observe your environment more. You’ll be able to spot a potentially bad situation and avoid the unsavoury characters.

The world can be a scary place, but only if you let it…