My 4 Tips For Getting Around St Petersburg, Russia 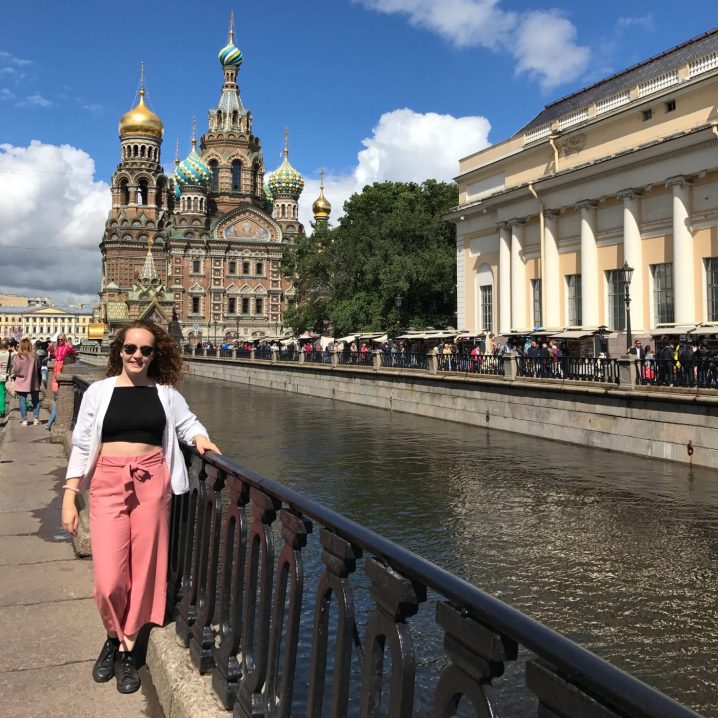 St Petersburg is a northern wonder on the Gulf of Finland; its many palaces line the canals, which stay illuminated into the night time, as it doesn’t ever really get properly dark during the summer months, thanks to the northern position of the city. St Petersburg was exquisitely built to act as Russia’s gateway to the west, and following my visit to Moscow it felt far more familiar and typically ‘western’ to me than colossal Moscow. However, there are times when it can be a little tricky to navigate St Petersburg, so here is a crash course in what you need to know for your visit to this one of a kind city.

Leaving Moscow and catching the speed train to St Petersburg felt a little like going through passport control in an airport – our passports were checked multiple times and so were our migration cards, which we were required to carry at all times. Acquiring a Russian visa can also be a long and stressful process; mine was finally sent back to me with less than a week before my flight out to Moscow, despite having started the application process for it months in advance.

In St Petersburg I was lucky enough to be staying on the famous Nevsky Prospekt, right in the heart of the city. The hostel that I stayed in was less than a minute from the Hermitage Museum on foot, which I was dying to tick off my bucket list. One thing that stood out to me at all the various museums that we visited was just how tight security was in every single gallery, metro station and shopping centre; it soon became apparent that Russia is a country that is no stranger to terrorist attacks. 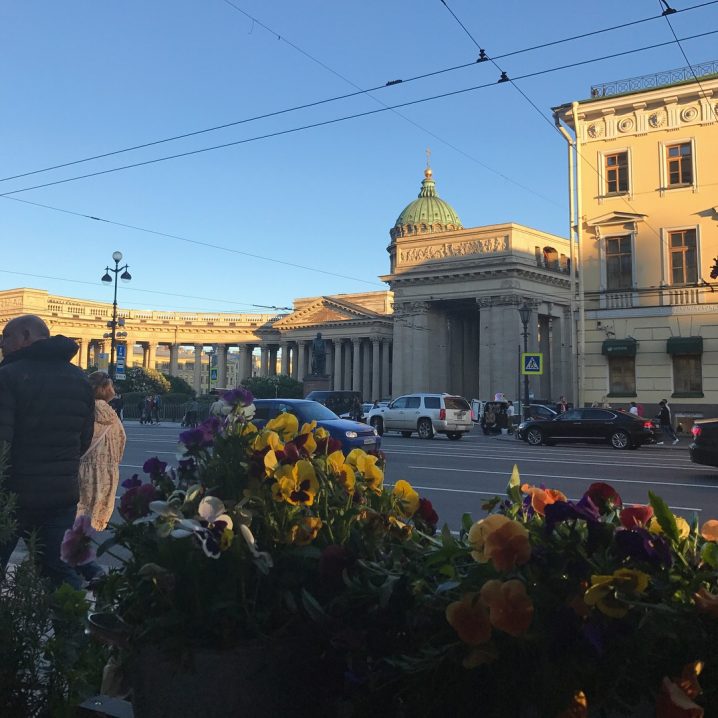 The St Petersburg metro is probably the fastest and cheapest way to get around the city. It only operates five lines and, like many worldwide underground rail networks, it is based on our own London Underground system, so getting around is easy enough for anyone who is familiar with the workings of other metro systems. Just be prepared for the station names to be written using the Cyrillic alphabet. It is a good idea to be prepared and take a metro map with an English Translation of the station names to help you navigate the St Petersburg metro.

Be advised that terrorist attacks are very likely to be carried out in Russia and an attack did take place on the St Petersburg metro in April 2017. Just remember to be vigilant and aware of your surroundings when navigating public transport such as the metro or visiting crowded museums such as the Hermitage. 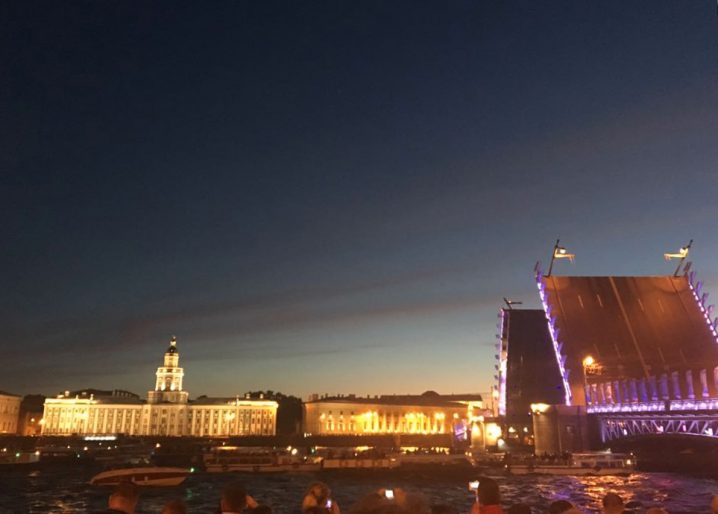 I visited St Petersburg during the summer season of the white nights when the sun only really begins to set at 1am; this transformed a summer evening sat outside a bar opposite Kazan Cathedral into a special evening with some great new friends. A beautiful evening in St Petersburg can be topped off with a visit to see the bridges being raised along the vast Neva River during the early hours of the morning. Every single evening during the summer, boats line up for when the bridges open to allow them through, bands play, and thousands of people line up alongside the river to watch the celebrations.

Just be aware that being drunk and smoking in public can make you stand out as a tourist, which makes you far more likely to be the victim of pickpocketing. When standing in the crowds of stunned tourists taking in the spectacle of the raising bridges, just make sure to carry your valuables in a safe place and be observant of your environment. Many of the locals don’t speak any English, so it really helps to learn at least a few words of Russian, as they will really appreciate this effort and be friendlier towards you!

If you’re heading to Russia for the 2018 world cup, be on the ball and consult the advice from the Foreign and Commonwealth Office.