I am in the holiest place on Earth – the Holy City of Jerusalem that appears to never sleep. Bars stay open until the last person leaves, people smoke Shisha on the open streets and a tram merrily makes its way up and down the main street carrying party revellers back home.

This of course is New Jerusalem, a large hilly city that is separated from the old religious city by its ancient wall. What lies the other side is a total contrast of two parts of the same city. 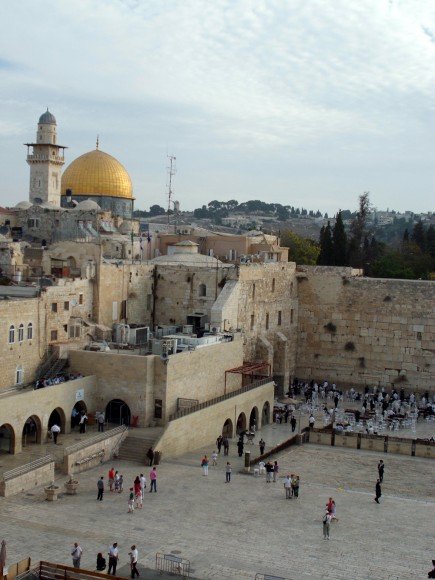 One is a religious place of pilgrimage with separate quarters for the Muslims, Christians, Jews and Armenians and the other; a great place for shopping, eating and partying.

I know which one I prefer! 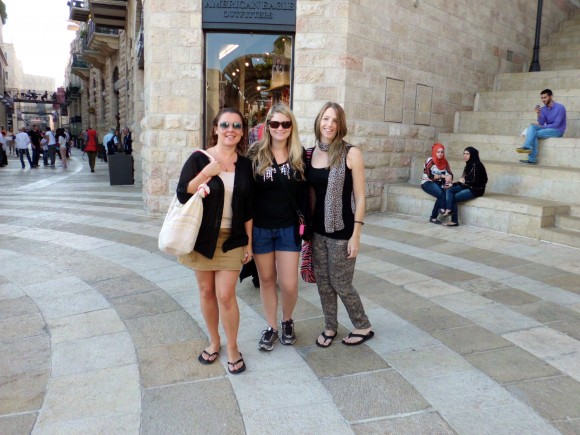 I can hear murmuring through the maze of stone walls, as I pass bearded men wearing top hats and tails, in the Jewish quarter of Old Jerusalem. I follow the wall around to an open square where Orthodox Jews gather for the morning prayers.

I watch in silence, my head covered in respect, as they stand close to the wall, nodding their heads several times whilst reciting their prayers. 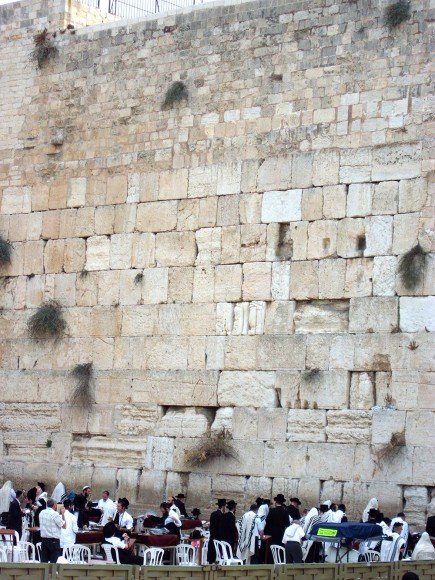 Praying at the wall

The wall is lined with small pieces of paper, each one containing a wish, a blessing or a prayer that have been fed into this holy Western Wall.

Beyond the towering stone wall, lies King Soloman's Temple, built 3000 years before. The original wall destroyed by the Romans. 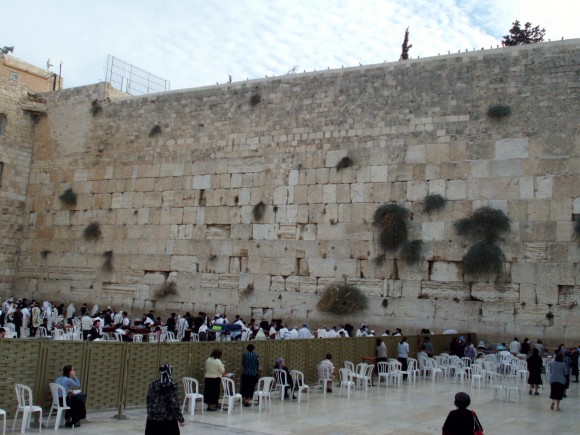 Jews have been coming here to pray for hundreds of years. Their belief – that the divine presence never moves from its holiness. It's an intriguing sight. But as I observe their daily ritual of nodding and reciting their holy words. It seems more like a ‘murmering wall' than a Wailing one. 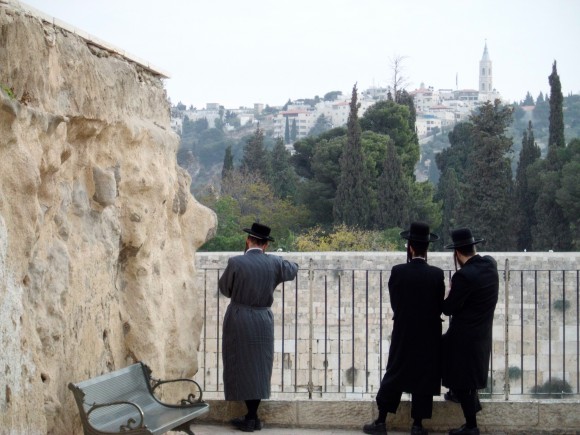 I travelled to Israel as a solo female. If you're looking to travel alone to Israel, there's lots of advice to help you plan your trip on the Girl about the Globe website.

1 thought on “Things To See in Jerusalem”