You could cut the atmosphere with a knife. My heart was starting to race and I felt fear, but this time it wasn't from a giant insect or a wild animal. It was fear from this man standing in front of us, staring straight at my Aussie friend.

He had followed us from the night market in Stone Town, a place that had been buzzing with hungry people. An array of smells drifting from every corner, tantalising your taste buds. Away from the maze of lanes that lined the streets of Stone Town, next to the harbour was every kind of seafood you would expect to find on a tropical island; lobster, crab, prawns and many more fishy delights. There was also pizza (otherwise known as a pancake) for those who couldn't steer themselves away from their western comforts but as it was Africa, you even had to barter for your food.

It had been whilst we were tucking into our island delights, that a local had decided to join us. Well, not really join us; just stand and stare out the American in our group. Not wanting to challenge this ‘worse for wear looking‘ African man, we had moved away, only to be followed and joined again.

His aura filled me with an uneasy feeling. Why was he just staring at us? After what felt like an uncomfortable age, he spoke.

‘Where are you from?' he asked in a stoned drawl, pointing his spiny finger at my friend.
‘Australia,' he answered.
‘And you?‘ he turned to my right hand side.

Everyone answered in turn, except me.

He didn't ask me and if he had I would have said England. Not knowing at that point that he hated Americans and the British. Not knowing, that anyone from those countries caused his blood to boil with rage as he wanted revenge. Revenge for his family in Nigeria who had been tortured and killed by Americans. (God knows, where England came into it).

With each word of his story, his voice was filled with more bitterness until he was practically hissing with hatred.
‘How dare they come over here, after what they have done.'

He edged closer to my friend, his hand twitching inside his pocket that could've been concealing a knife or even a gun. 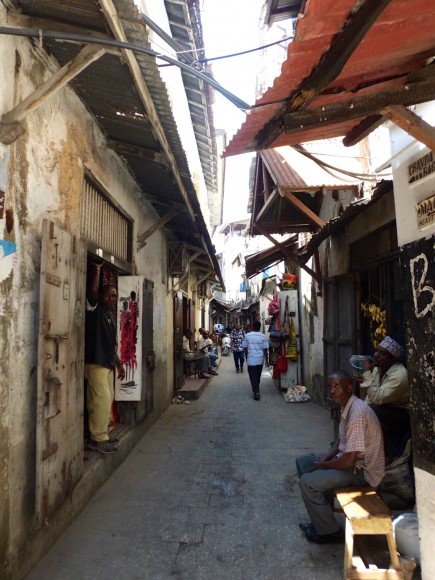 The maze of Stone Town

This wasn't the Zanzibar I had imagined.

I wanted sandy beaches, lovely people and a chilled out vibe;  the pristine beaches that beckoned you with their pure white innocence but here I was, frozen with fear at the hands of a local nutter, carrying a bible and sprouting off his hatred. I wanted to say something, wanted to say that it wasn't our fault what had happened to his family but as I looked around at the group's distressed faces, all I could see was fear and pity.

‘We're sorry for your loss,' said one of the group and beckoned for us all to stand up. We walked slowly past this man then picked up the pace as we turned the corner.

He was still following us and as we darted into the safety of our hotel's entrance, we all agreed that we couldn't wait to head north tomorrow to the Zanzibar that we had all been dreaming off. 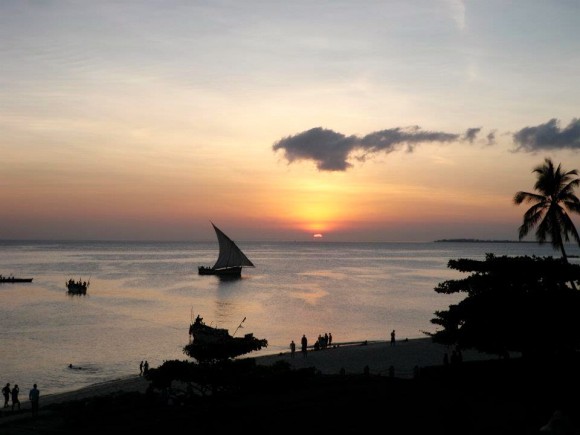 Sunset at the African Bar