‘What the hell am I doing?' I asked myself as I sat on the overnight train from Beijing to Xi'an, comprising of two bunk beds. There was barely enough room to swing a rat, let alone a cat and I had to share this space with three other strangers.

I was heading to Xi'an to see the Terracotta Warriors then back again on an overnight train to Beijing, which had seemed like a good way to save money at the time. But I craved the anonimity of a hotel room, some space where I could be alone.

I had had enough of China.

Had enough of the staring and loud voices and I didn't want to speak to anyone. I just wanted to close the door and shut out the world. Usually one for embracing adventure, all I could think was: ‘I want to go home.'

But I had reached the point of no return, barely 10 days into my mammoth journey –

There was no going home. 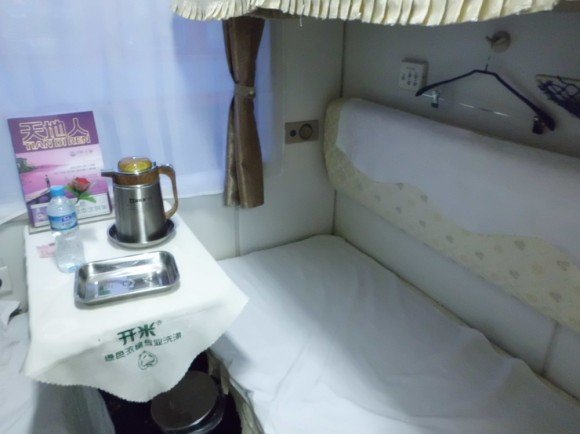 ‘Embrace it,' I told myself.

The lady on the bunk opposite me looked just as lost as I did. I made a ‘it's cold' sign in body language and pointed at the air conditioning. She smiled and nodded back in agreement.

‘Froid,' she said announcing she was French.
‘Oui,' I replied and proceeded to introduce myself in French. Then I opened my Chinese phrase book and introduced myself to the Chinese man sat on my top bunk. He laughed at my attempt at Chinese.

Suddenly I no longer wanted to hide away; the Chinese radio that was screeching in the background no longer irritated me and the men talking loudly outside felt strangely comforting.

I settled into my duvet and began to embrace my journey – well, for tonight anyway. 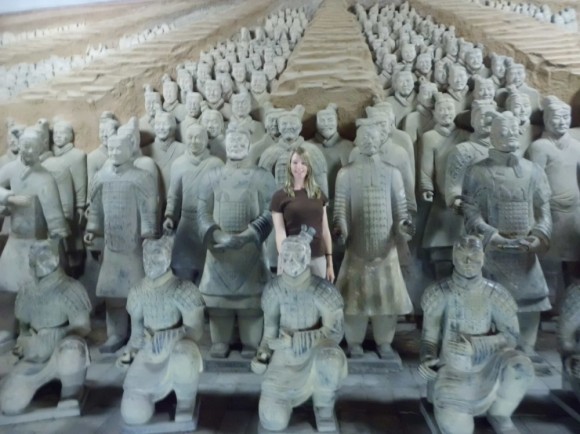 3 Chinese, an English Girl And a Pillow

Question: How many people does it take to deflate a travel pillow?

So I was on my overnight train journey back to Beijing but this time as an experienced overnight train traveller. I knew my slippers would be delivered at 9pm, I knew the radio would be turned off at 9.30pm and I also knew that a little Chinese lady would open my door and wake me up at 7am but what I didn't know was…

How to deflate my inflatable travel pillow!

After discreetly trying to pump the air out of it for 20 minutes, I gave up. This pillow wasn't going down without a fight. I looked to the 3 Chinese people whom I had woken to, all staring at me, and using the clever art of body language, I tried to resuscitate my cushion. They looked at me weirdly, (very used to that), so I put the cushion in front of them – after all, I had to get this thing deflated.

They each tried the same technique and were baffled why it wasn't going down. We all waved our arms in the air in confusion. And then the old lady (who I found out later was actually one of the men's wives – although he was younger than me and she was born in 1943 – work that one out!) had a Eureka moment and pulled a hair pin from her bun.

Sticking it in the hole of the cushion, there was a gush of air and the pillow finally collapsed to a carriage full of happy faces.

What a great ice-breaker! 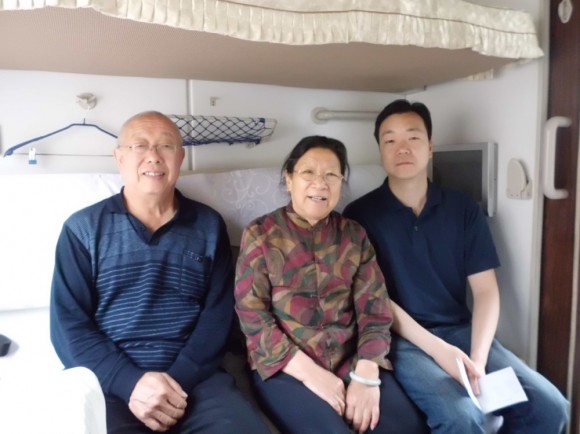