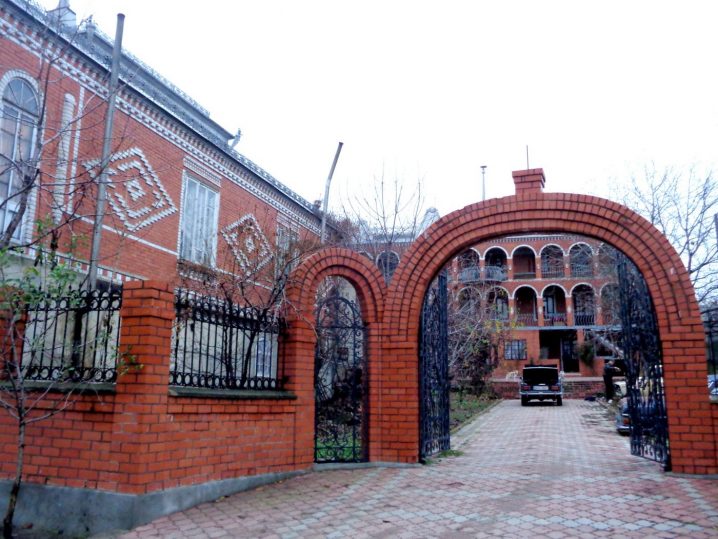 He stands there, his white beard bearing an uncanny resemblance to Santa Claus. The grand Moorish-looking palace behind him towering over his size.

In his yard sits a Czajka, a “Soviet Rolls-Royce,” once owned by the fourth General State of the Communist Party. In front of the gates, the pavement seems barely paved, yet inside is a completely different world.

A scraggly dog sits staring at me. I avoid its stony gaze, keeping my eye on the gypsy baron. Even in the distance he looks small, but for a little man, he has a lot of power. As the leader of the Roma gypsies, he projects the rights of his people and advises on their affairs to the Moldovan government and President.

This man makes the rules in the gypsy community, and no one can marry without his say so. Having ruled as the gypsy baron since succeeding his father, he has been standing on top of the structure since 1998, promoting the gypsy culture. 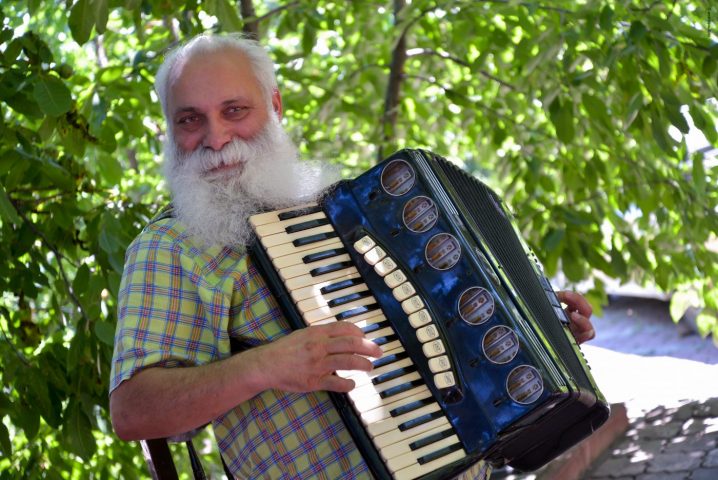 The gypsy baron playing his accordion

Soroca is home to the biggest percentage of the Moldovan Roma and is known as Gypsy Capital. Originally descendants from India, gypsies (also known as the Roma community) found it difficult to integrate and created their own community high on a hilltop in this area of Moldova, identified by a glittering gold dome.

Sitting on the Soroca hilltop are buildings fit for a king. But this white-bearded baron’s house isn’t the only elaborate residence here. Wanting to flaunt their financial successes, this residential area has more bling than anything else I’ve seen in Moldova with fairytale towers, Greek columns, and stone eagles and other animal structures perched on top of lavish villas. 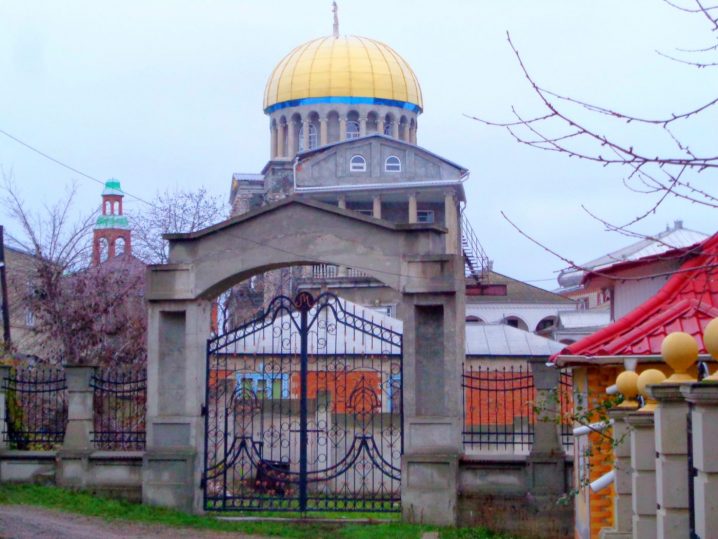 Picture St Peter’s Basilica and it’s here. Imagine the U.S. Capital Building and it’s here. Even the Bolshoi Theatre from Moscow has been erected here. The only difference is that these replicas aren’t necessarily complete, with the gypsies saving money on paying taxes for the unfinished residences.

They may have big houses to live in but as Andrei, my guide, points out, they don’t have the indoor plumbing or electricity due to the un-completed builds. Many of the buildings now lie empty as their owners have ventured to pastures new, earning a living elsewhere. 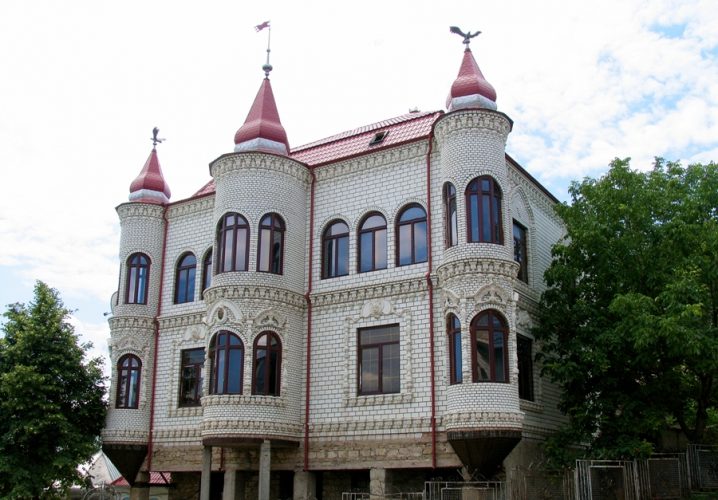 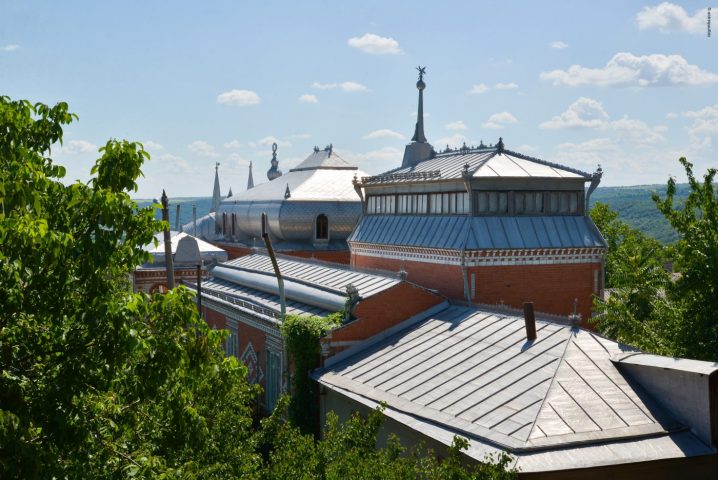 I wait patiently watching the body language between the gypsy baron and my guide. After what seemed like an age, Andrei returns.

Only agreeing to have his picture taken for a fee, I decline. Although admirable of his business sense, his fee was more than my week’s holiday in Moldova.

This guy is smart. His real name is Arthur Cerari and although he rules the gypsy kingdom, his business card reveals five other titles. He speaks seven languages and plays the piano and accordion. Inside his giant house is an extensive porcelain collection. 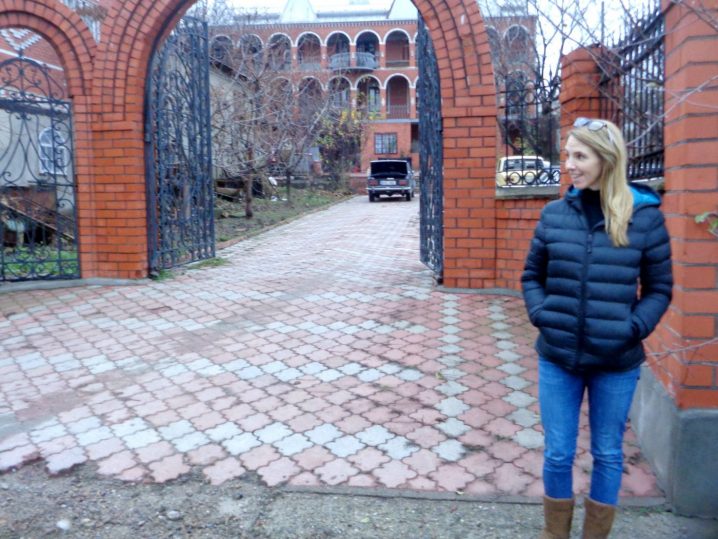 Taking a sneaky photo outside the gypsy baron's residence.

It is said that not dissimilar to the Egyptians, when gypsies die everything is buried with them including their laptops.

As we drive away from the theme park that is gypsy hill, my mind shifts from my fleeting passing with the most respected man in the gypsy kingdom to one of reflection…

… I wonder how they will fit a piano, his accordion, and his collection of porcelain with him when he passes on. 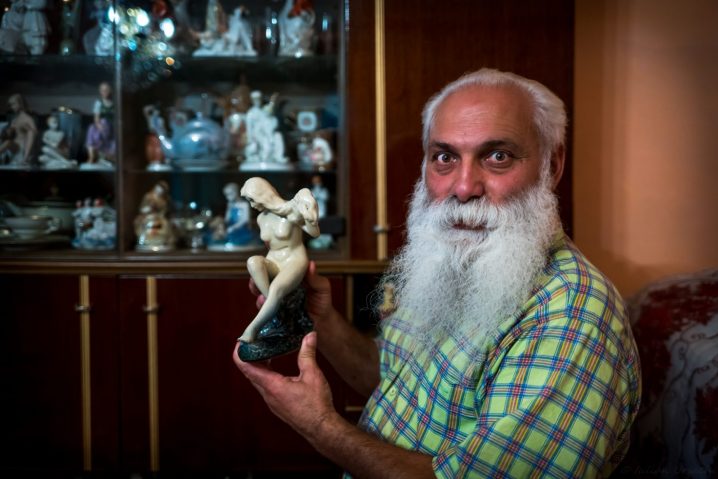 Showing off his porcelain collection.

N.b. My trip to Soroca was with Go Adventure Moldova. My guide, Andrei was amazing and felt more like a friend than a tour guide. The whole tour lasted all day and included the Curchi Monastery on the 2.5 hour journey to the Soroca Fortress and the Candle of Gratitude. There is also the option of stopping at Chateau Vartely Winery on the way back. Andrei picked me up and returned me to Chișinău, the capital. Although my tour was complimentary I only recommend companies which are solo-female friendly.