I watched as a skinny dark man walked off the bus closely followed by two serious-looking men wearing white shirts. Everyone stared as they walked past then disappeared into a building outside where the bus had stopped.

‘What’s going on?’ I asked the lady who sat next to me squashed into the three bags I had just carried across the border.

‘Checking him for drugs,’ she whispered. ‘People come across the border with them. It’s a big problem.'

‘Oh,’ I said remembering that I hadn't seen much security control as I went across the border. Customs was just one table and they had asked me a very short round of questioning.

‘Did I have any fruit on me?' to which I had answered, ‘no.' I didn't recall them questioning why I was only in Guatemala for 2 nights. I too could've been carrying stuff across the border.

‘They're trying to take our land too,‘ the lady continued, peering at me through her oversized sunglasses.

‘Yes, they want our islands as they have no sea and believe they have a right to the ports but it will be a big problem for both Guatemala and Belize. Many of them come here to work as there's no work in their country. The crime is bad in the city.'

She continued to tell me about the Guatemalan gangs and how her friend had had to close her local taco shop in Guatemala City as she was been threatened to pay ‘taxes' to the local gangs in exchange for their security.

‘It's a bad thing,‘ she tutted before the bus stopped again, further down the road.

Then she got up and was off quicker than that after giving me a rundown on the law of the land. What an interesting bus ride from the border! 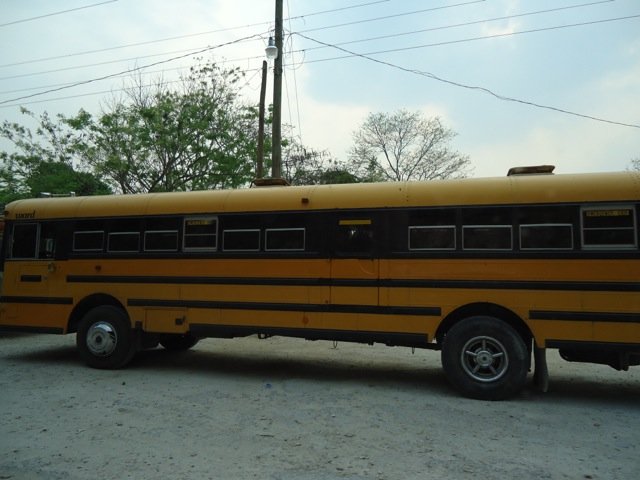 Although the majority of serious crime in Guatemala is gang-related, there are certain areas that you should avoid including the buses from Guatemala City to the border of El Salvador. Check the Foreign Office advice… Read more about Guatemala's claim on Belize here…