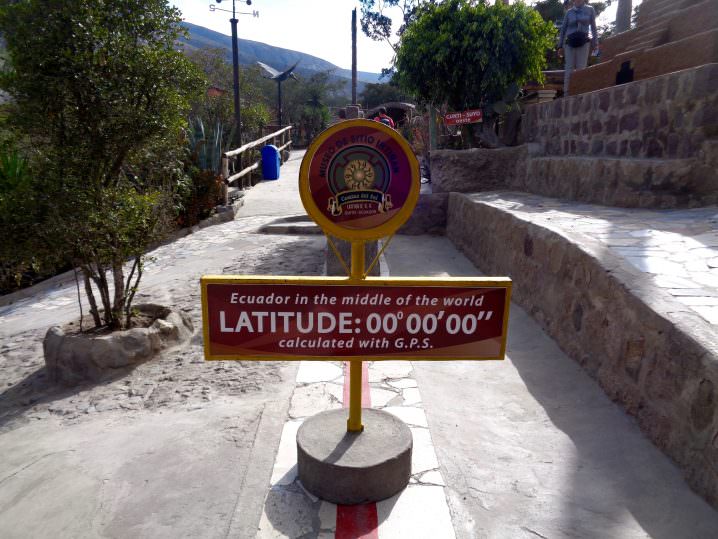 “If it squeals, you have bad energy,” said our guide, pointing at the guinea pig. As I got closer to take a picture of the furry animals I once had as a pet, the squealing began.

Guinea pigs are a delicacy in some countries in South America and are bred for consumption. Having left the desert in Colombia, I had flown into Quito, the capital of Ecuador and was now in the middle of the world, home to these squealing guinea pigs.

The Equator is the line which divides the northern and southern hemispheres. I was standing on the exact point at which 0’00’00 is located – in the middle of latitude and longitude. Here the sun rises at 6am and sets at 6pm every day, year-round.

In 1734 the French marked the exact point of the Equator line which runs though Ecuador, and erected an impressive monument to symbolise the middle of the world. Unfortunately it was realised years later that this was hundreds of meters away from the actual point (seen as though they measured the distance back in the 18th Century, they were close enough). 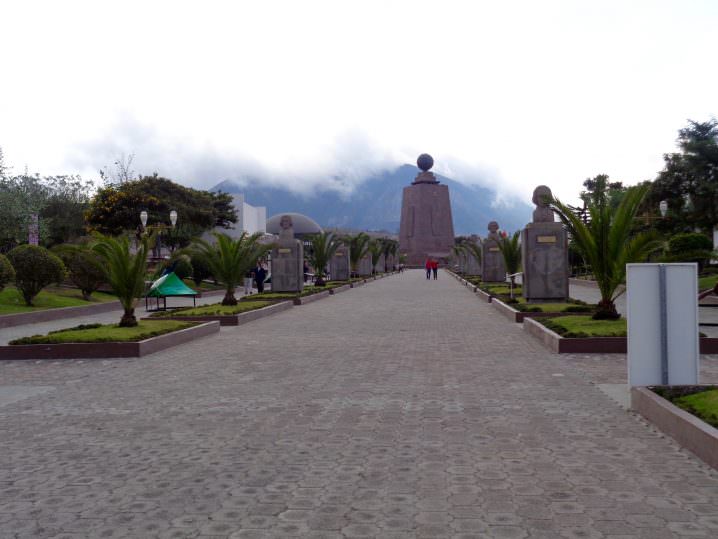 Visiting the Equator is touristy and you have to pay to enter (also to the French one) but the $4 entry fee includes the fees for a guide who explains everything in English. You can pay more to include Ecuadorian chocolate tasting. Once inside it’s fun and games as you follow your guide who explains everything you need to know about the Equator and seasons. (Did you know that Equinox means equal time, or that Ecuador is the highest point from the land to the sun?)

Walking along the Equator line with your eyes closed you get to feel the resistance of the north side of the line compared to the south which has less magnetism. You get to try to balance an egg on the line and feel how you lose some of your energy doing strength exercises with the guide.

The finale is a shrunken head of a 13 year old boy. Apparently their ancestors believed that the spirit remained in the person’s head and you get told the process of how they used to shrink them. This ritual was being carried out until 1960 (only last century), when they where prohibited to stop doing it with humans.

This tour is an eye-opener (where else can you see a shrunken head?) and definitely educational. Being one for leylines and energies, I found it fascinating.

It’s a really small area with totem polls and an old style Ecuadorian house which houses the squealing guinea pigs but I definitely recommend this for your Quito bucket list. Just when you venture inside the 19th Century house, pray that the guinea pigs don’t squeal for you. 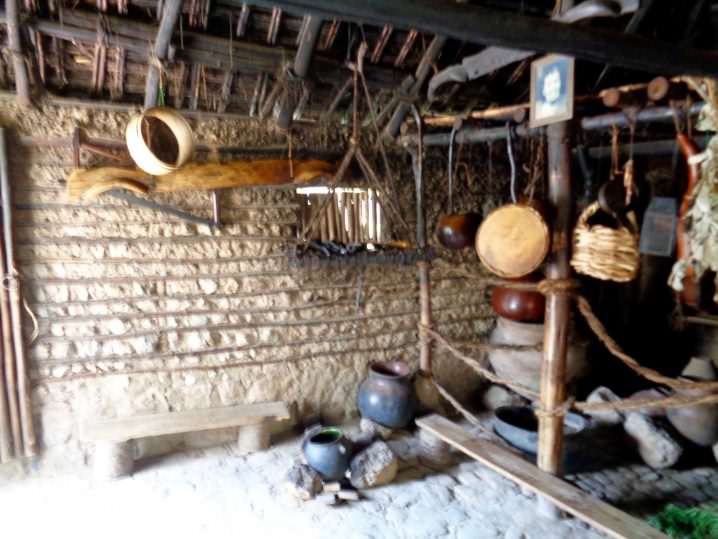 The home of the guinea pigs

Getting to the Middle of the World

Apparently there are local buses which run here but I booked through Community Travel Group who offer return transport for $10. The tour runs in the afternoons and they also take you to the original French monument.