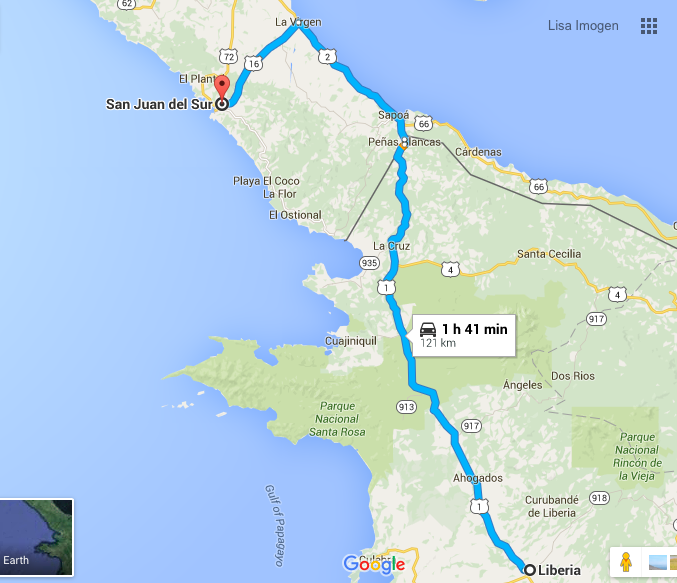 During my solo travels to Central America, I travelled from Costa Rica to Nicaragua. In this post, I share my story of the border crossing and explain how to cross the Costa Rica Nicaragua border from Liberia to Penas Blancas

As soon as I crossed the border from Costa Rica to Nicaragua, I felt different. Calmer somehow. As though everything was going to be alright. Don’t get me wrong, Costa Rica has been great and had given me so many new experiences but after nearly getting scammed and the man grabbing my arm in Liberia, it had left me feeling slightly vulnerable.

On a previous bus journey, I had been sat next to a man dressed in a long flowing robe with a bamboo walking stick and a mystical aura around him. Turns out that his attire was because he was exactly what he looked like – a preacher who had been roaming around Lain America for 17 years spreading the word of God. He had discussed the meaning of life with me a little too loudly as the rest of the bus had sat silent. Being spiritual and believing in the universe, I had listened out of courtesy before he had also grabbed my arm as he prayed for my journey in Nicaragua to be safe.

The landscape had changed and Nicaragua no longer had the immense greenery that Costa Rica had had in abundance.

My first stop was San Juan del Sur where I was due to stay with the parents of my flatmate who luckily for me had moved to Nicaragua and were keen to meet. Known as the party capital of Nicaragua, I was looking forward to this coastal town. I hadn’t sampled any nightlife since leaving Colombia and San Juan del Sur seemed the place to do it.

Crossing from Costa Rica to Nicaragua was a little confusing. The bus took me to the border where I had lived up to my ditsy blonde name and walked into the office to get the stamp for exiting the country before I had paid for my departure tax. As I was directed back outside I passed two women who looked like mother and daughter. I found the windows to pay and was beckoned by a chorus of local women waving at me shouting “venga, venga,” (come, come).

Not knowing which window of the two to choose I went to the one that the group of ladies had been calling me to. Paying $1 more than I should have for the tax, I realised that I had chosen the wrong window. After returning to the previous office where I now had paid my exit tax it was a long walk along a dusty road past trucks and other vehicles waiting patiently to get over the border. 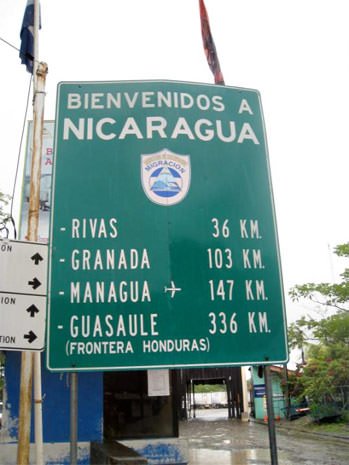 A make-shift open-air hut stood by the side of the road and a security guard checked my passport and then muttered the word “doctor.” By now I had caught up with the mother and daughter who looked just as confused as I was. We were waiting in line to see a lady wearing a white jacket. Standing on scales she weighed us and asked our nationality. Knowing more Spanish I helped the ladies as I translated the little Spanish I knew. After she stuck a tiny yellow circle to our passports, we could leave and crossed the road to yet another office – our last stop before actually entering Nicaragua.

We avoided the guy outside who was trying to charge us $1 for the immigration forms that I expected I could pick up inside for free. Then it was gringo central with people from Europe, the USA and Canada waiting to get stamped to enter the country. Only accepting US dollars and not the local currency, I had to go outside and find the money seller that I walked past earlier. I was not a fan of changing money with people on the street due to the fact that I knew the rate is always lower but needs must and I went back in and paid my $12 then waited for the others to enter.

As we turned left out of the building and through a fenced area, I spotted the buses. There was now a larger group of us, all heading for San Juan and looking for the best way to get there. Taxi drivers pounced on us all for our attention but with the promise of a taxi for $25 I was opting for the cheaper route and took a bus halfway there before being told to get off at the junction and find a cab.

Finally, as a group of three blonde women with my new travelling partners in tow, I arrived in San Juan and the beginning of my Nicaraguan adventures. 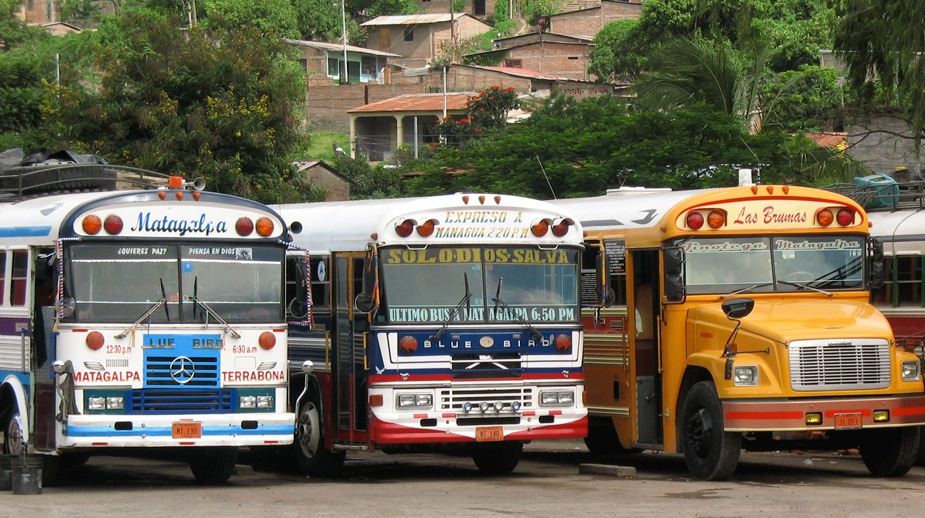 How to Get From Costa Rica to Nicaragua

I crossed the Costa Rica Nicaragua border from Liberia. I took the bus from Liberia in Costa Rica to Penas Blancas – the bus says ‘Frontera’ (the border) on the outside. This costs 1750 Costa Rican Colon (£2.20). The bus took 1 hour 45 minutes and drops you at the border. You then walk back on yourself and pay the exit tax at one of the 2 windows. This should be $7 but prepare to pay $8. Then walk back over to the office to exit the country and take a departure form from the security guard outside to fill in before you take it to the counter.

After exiting Costa Rica, walk 20 metres forward to the first security guard who checks passports and sends you to the doctor, asks about your nationality, and gives you a tiny stamp. Walk straight out to the left to the office. They only accept dollars for the entry fee. The cost is $17 North American, $12 European. Go left at the exit of the building then through a fenced part to the buses. You can either share a taxi for $25 with others or opt for the bus route.

You need to take two buses to San Juan. The easiest way to get dropped off is at the junction in the middle of the road where the two roads split. One takes you to Rivas and the other to San Juan. There is no bus stop and you are just waiting on the road but from here either wait for a bus to pass or flag down a taxi. There are lots of hostels in San Juan costing approx $10 a night so just walk around and check availability.

If you are looking for some company on all or part of your trip, both G Adventures and Intrepid Travel are responsible tour companies and have group tours which include Costa Rica and Nicaragua from 8 days to 33 days with prices starting at £450.

* Discover all tours, itineraries and prices for Costa Rica tours