The Best Mountains To Climb

If you are a keen mountain climber, there are so many great climbs in this world to choose from. Planning when to go is key for mountain climbing. For example, the winter is not the best time for climbing in Canada, while the spring is ideal. So during the winter, you may want to focus more on training, which could include some bouldering. This will help to improve your endurance so that when spring arrives you will be ready to take on more climbs.

You may want to pack in a lot of climbing in the spring, and then calm down a bit in the summer. It will depend on what the climate is like in the areas you want to climb, but the summer can get very hot, and you could burn out after a full-on spring of climbing.

It's easy to get enthusiastic and start planning for three or four-day trips of hard climbing, so be realistic. Know your limits, and know how much rest you need for each day of climbing. Then structure your schedule accordingly. Likewise, be realistic when planning different trips. If you plan to go somewhere particularly challenging one week, plan a more easy-going climb the following week. To help you to choose where to go, here is a list of the best destinations for mountain climbing: 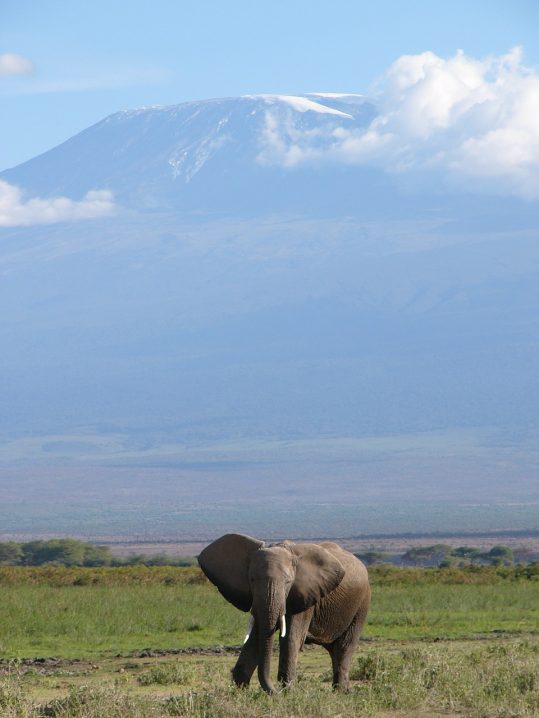 The rooftop of Africa and the world’s highest freestanding mountain. To climb Kilimanjaro is a once in a lifetime experience and a must for any adventure bucket list. The Shira route is a 5-7 day camping route that hugs the western rim of the volcano and offers spectacular 360-degree views. Starting off at Arusha or Moshi, the trek begins with Mount Meru – Africa’s fifth highest mountain – after which you trek across the Shira plateau filled with sub-alpine forests.

Once above the clouds, the sunrise are amazing and the ascent takes shape with the Arrow Glacier on one side and the Western Breach on the other. Ice sculptures and ash pits within the crater are other attractions of the ascent, finally ending at the Uhuru Peak, 19,430 feet above the bedrock of human civilisation. 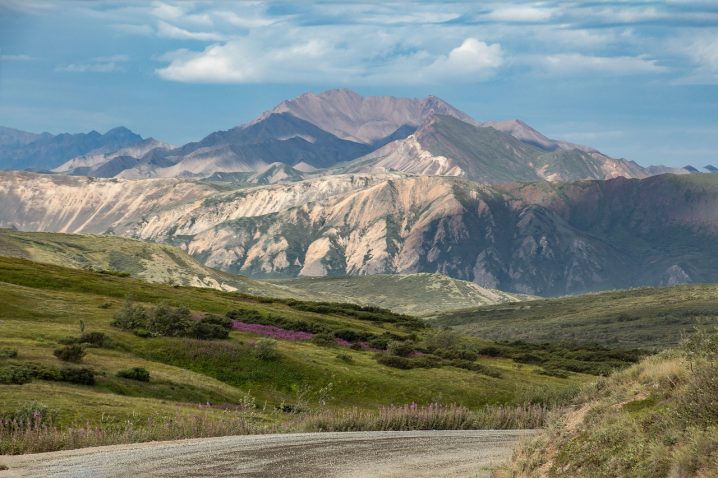 At 6,194 metres Denali in Alaska stands as the highest peak in North America. It is also one of the most difficult of the seven summits to climb. Slashing gusts of snow accompanied by patches of extreme steep climbs, the trek is not one that amateurs can brave one summer. However, with various routes for the ascent, it is easy to find a route for any type of climber.

The West Buttress route, for example, is a steady and gradual climb with no rock or vertical ice climb at any juncture. This reduces the difficulty of the trek and also allows for gradual acclimatisation during the hike. The route also offers spectacular views throughout the climb with crevasses, gushing rivers and cascading waterfalls, as well as a trip up close to the stunning Kahiltna Glacier at the top of Denali. 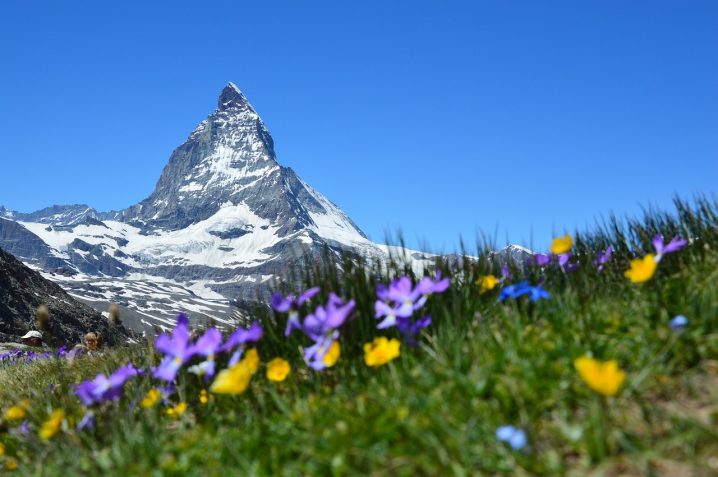 One of the most famous geographical landmarks of Europe is the historic shape that caps the gigantic Matterhorn. The roughly chiselled, almost perfect pyramid-like symmetry of this mountain is recognised all over the world, and makes for a tremendous climb. Tucked comfortably behind the town of Zermatt amid the Swiss Alps, the 4,478 metre Matterhorn is one of the most iconic climbs in Europe. While being one of the most beautiful peaks in the world, it is also one of the more challenging climbs out there.

The climb entirely takes approximately one week, and the view from the top has an added tinge of surreality with the lights of Zermatt town hazily visible from the peak. Because of its difficulty, it is recommended to consult one of the climbing companies along the face of the mountain for their professional guidance. If you do choose to climb the Matterhorn, you are guaranteed some serenity within the heart of Switzerland. 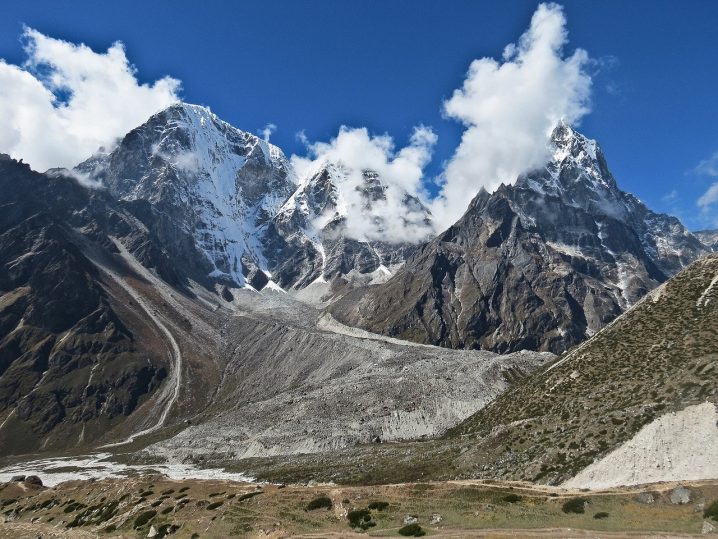 While this mountain requires no introduction, it is certainly not one of those mountains that you climb on a whim. Climbing and trekking Mount Everest requires excessive planning and climbing practice prior to the climb. Recently, the success rate of climbing the peak has risen to more than 55%. Mount Everest also happens to be a very popular climbing destination, being the highest peak in the world standing at a towering 8,848 metres.

The base camp is located at approximately 5400 meters, which attracts a myriad of climbers and experts. You don't have to hike all the way to the peak as even just making it to base camp is reward enough. From base camp, camp 1 and 2 are located at 6400 metres.

A massive ice flat filled with crevasses and wind gusts characterises this area. The ascent gets steeper and harder from here with the air becoming less and less dense. Camp 4 is the deathzone at 8000 metres – the final halt in daylight before the finals ascent to the summit.

From here it feels as though you are the closest place on Earth to space with the sky turning an unusual blue tinge and winds blowing incessantly over the face of the summit. The view and the feeling from the top is indescribable, and certainly makes for the most life-changing ascent you will ever experience.

The month of May is referred to as ‘the window' among Everest enthusiasts, as this represents the ideal time to plot your assault on the world's tallest peak. During this time the climate stabilises and the wind speeds tend to drop, creating a good environment to climb safely.

This is particularly important for first-timer climbers to Everest as favourable climate conditions can make the difference between a successful attempt and one that ultimately fails. Ultimately, climbing Mount Everest is not for the faint hearted but it is definitely one for the adventurous solo bucket list. 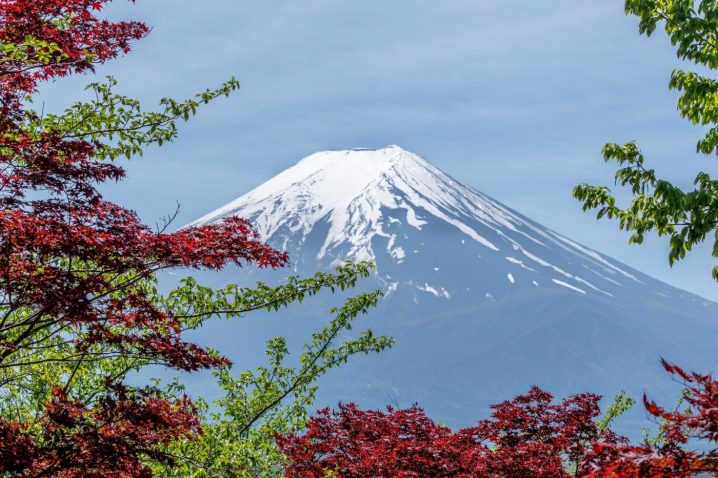 There are of course plenty of other climbs. If you’ve never climbed before then maybe start somewhere smaller such as Mount Snowden in the UK or the French Alps. Further afield are Mount Fuji, Pikes Peak, and Oregon's Mt Hood. You could combine your trip with some sightseeing at the beginning or the end too.

Whichever mountain you decide to conquer make sure that you have all the recommended equipment needed. If you have climbed before, check your kit and if something needs replacing, do it before you start your trip for the following year to ensure that you don't have to cancel any trips because your gear is not in top condition. Then book your flights and start planning. Happy climbing.