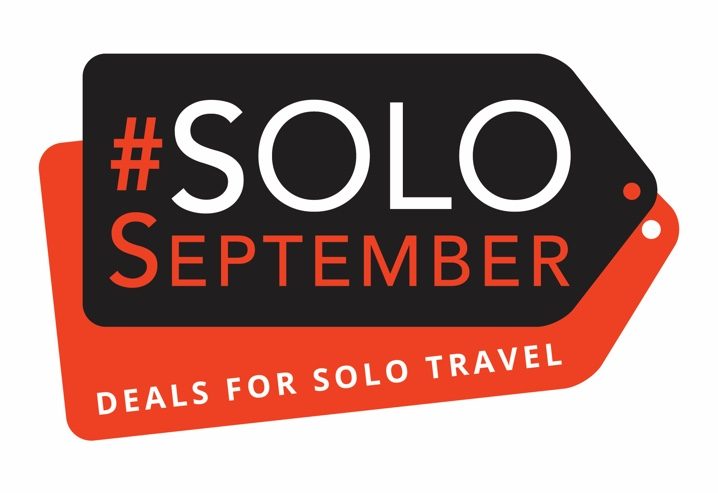 This September, Girl about the Globe is proud to have joined an industry-wide campaign to provide better deals and opportunities for solo travellers called #SoloSeptember.

Solo travel isn’t just for backpackers in their twenties. Nowadays, women all over the world are taking the plunge and going solo, and they are not all single either.

According to Travelzoo, 60% of solo travellers are either married or in a relationship. Showing that women who want to travel are not being held back by partners who are unable to go away with them.

British women are also taking the plunge. Travelzoo also revealed that over three-quarters of Brits have either travelled alone or are considering doing so in the future.

Many travel solo to recharge their batteries, take time for themselves, and as a way of self-discovery.

Having been solo travelling since the age of twenty-one, I am such an advocate for solo female travel. I’ve seen the personal transformation that it brings and the confidence that it builds.

Travelling solo gives you the freedom to choose your schedule, go where you want and with who you want. There’s no one to answer to and if you decide you don’t like somewhere, you can just move on or stay longer if you love it. There are so many more people choosing to travel by themselves so you’re never short of people to meet if you crave company. But for those who prefer their own space, it’s perfect!

Who is solo travel for?

Anyone! Women from the ages of 18 to over 60’s are going solo. Anyone can do it and it doesn’t matter what travelling style you prefer either. Backpacking is no longer for the twenty-something student. Nowadays hostels are more boutique and a meeting place for more mature travellers who don’t just want to visit a destination to party.

Although hostels do have private rooms, one of the biggest downfalls to solo travel seems to be the dreaded single-supplement.

Launching #SoloSeptember, Joel Brandon-Bravo from Travelzoo said: “Travelling alone is a choice made by a growing number of travellers but many feel penalised for choosing to travel solo. We want to rally the travel industry to see solo travel as an opportunity, and to help people choosing to travel alone feel as valued a customer as they would while travelling with others.”

The #SoloSeptember campaign aims to establish a coalition of businesses offering discounts and deals to the increasing number of people choosing to holiday alone. The aim to support solo travellers. 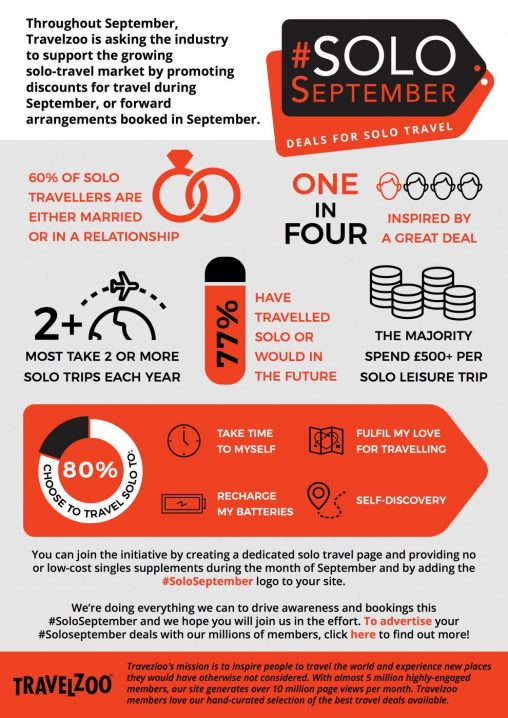