Solo Travel in My Fifties 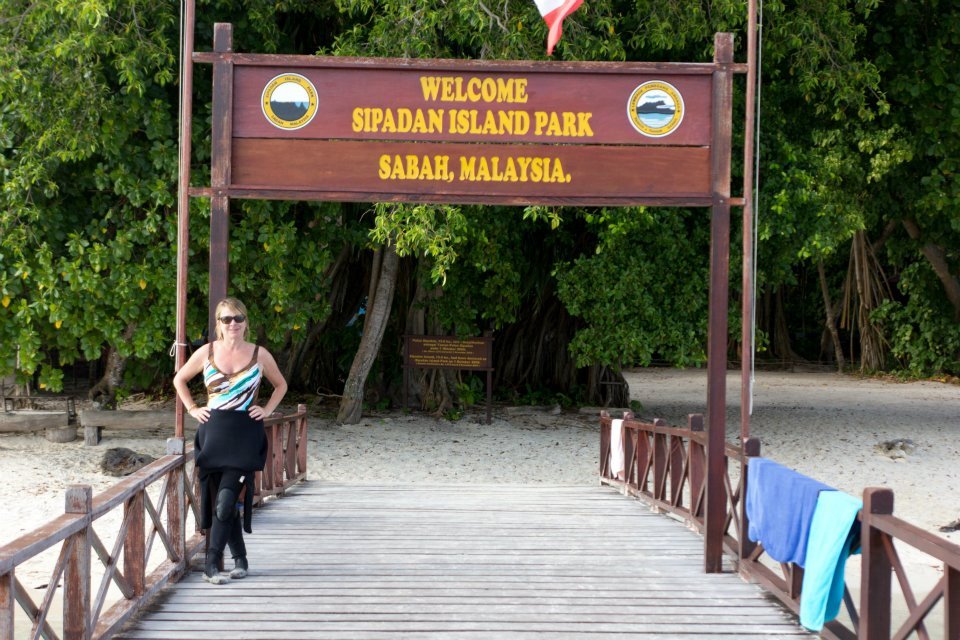 Does My Bum Bag Look Big in This?

How that first, scary solo trip can turn into the time of your life

I’m not quite sure why I decided that I absolutely had to have a bum bag for my first ever solo trip. Not just any old bum bag and certainly nothing like the stylish, classy ones that are all over the high street at the moment. No, this was enormous, boringly brown and very practical. It had hundreds of slots and partitions into which I stashed all my travel documents, money, cards, passport, and lists of places to see; you name it, it was in there.

Certainly, when I travelled with my ex I didn’t see the need to have one but then this was my first holiday alone; no group just me, and as I sat nervously at Heathrow T3 waiting to board my flight I spent my time opening, checking and rechecking the contents hoping that it would in some way make me feel less anxious. It didn’t.

Prior to my divorce, I had booked a ‘must do’ trip for two to Borneo including a hop over to Sipadan Island, which is on every divers hot list. As there was no way that I was going to lose my deposit, I suddenly decided sod everything! I was absolutely going to go on the trip that I’d already planned, and I’d go by myself even though I was staring 50 in the face! I remember sitting at the airport feeling absolutely petrified, looking and feeling like a nervous wreck with my great, big bum bag, wondering why the hell I had thought it was such a good idea. I called a couple of friends and my sister and then I was off.

It was such a long journey, changing planes twice and ending up on some small regional flight to Sandakan – I was starting out in Sepilok to see the orangoutangs – and as I waited for my luggage to show I remember thinking if I walk out of this airport and there’s no one waiting for me with my name on a card then I’m in serious trouble! Luckily there was and from then on I could relax and start to really enjoy the experience. 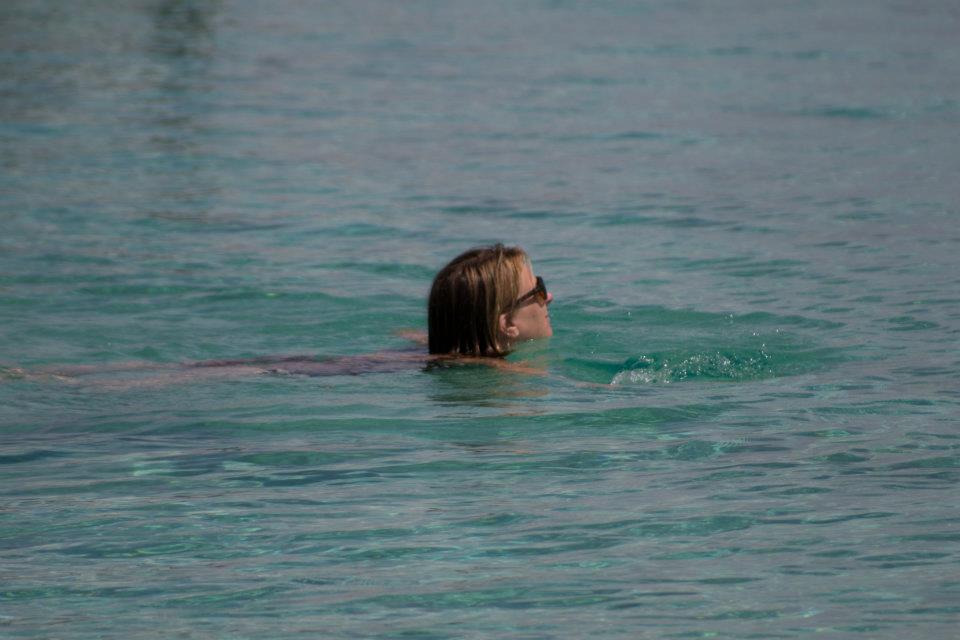 It’s not all highs on your first solo trip; expect some lows too.

There were so many highs and plenty of lows on that first solo trip. The wildlife was amazing, I stayed in some fabulous places tucked away in the jungle and I met some wonderful people. I also became strangely comfortable getting into Toyota vans and trucks and being driven for miles and miles by complete strangers, some of whom spoke no English. I was amazed at how quickly that became absolutely routine.

At this point, I would normally share some incredible photos of the proboscis monkeys, orangoutangs and the other stunning wildlife that I’d seen along the way but unfortunately, I dropped my camera over the side of the boat on the ride to Sipidan island, not only losing my camera but all my photos as well. That was a major low! 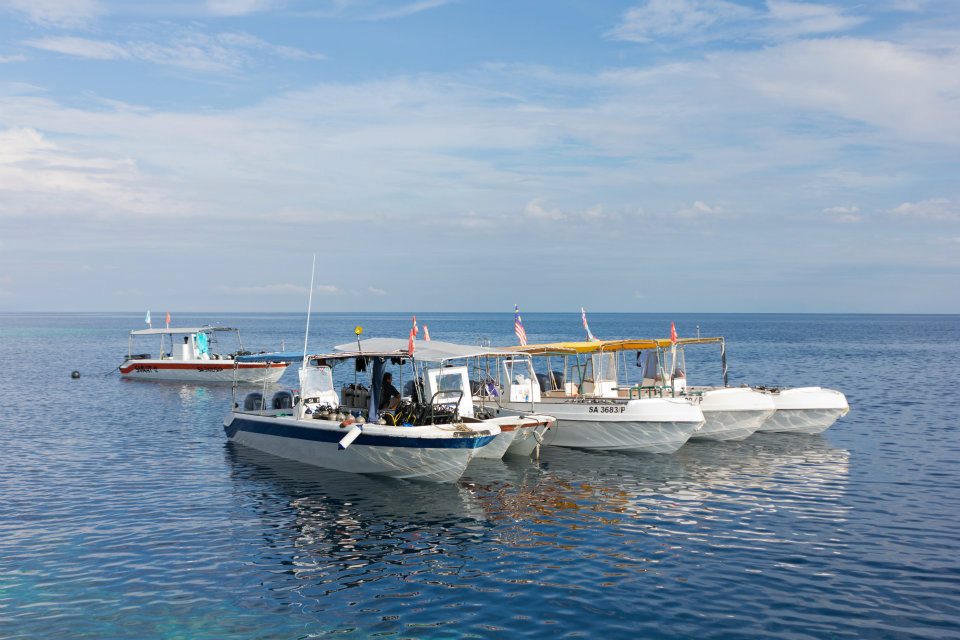 Other difficult moments included travelling for hours through the most stunning jungle scenery and ending up in a fabulous resort in the middle of nowhere only to find that I was the only guest! It was like The Shining! I wept for hours on the first night there but then the staff were incredible and after bonding with the safari guide over an unfortunate incident with a leech (let’s leave it there!) the 3 safari drives and walks that I did each day/evening were just me and the guide and I ended up having a very personal and special experience which will stay with me forever. How totally different it all would have been had the resort been full!

When I finally arrived at Sipadan, bereft after having dropped my camera in the sea, it was so beautiful and so special that I couldn’t help having a moment of thinking how I should have been there with my ex. That was especially difficult but then I started diving and it was all so unbelievably wonderful and a group of divers from Melbourne turned up who was so much fun that I ended up having the best time ever. 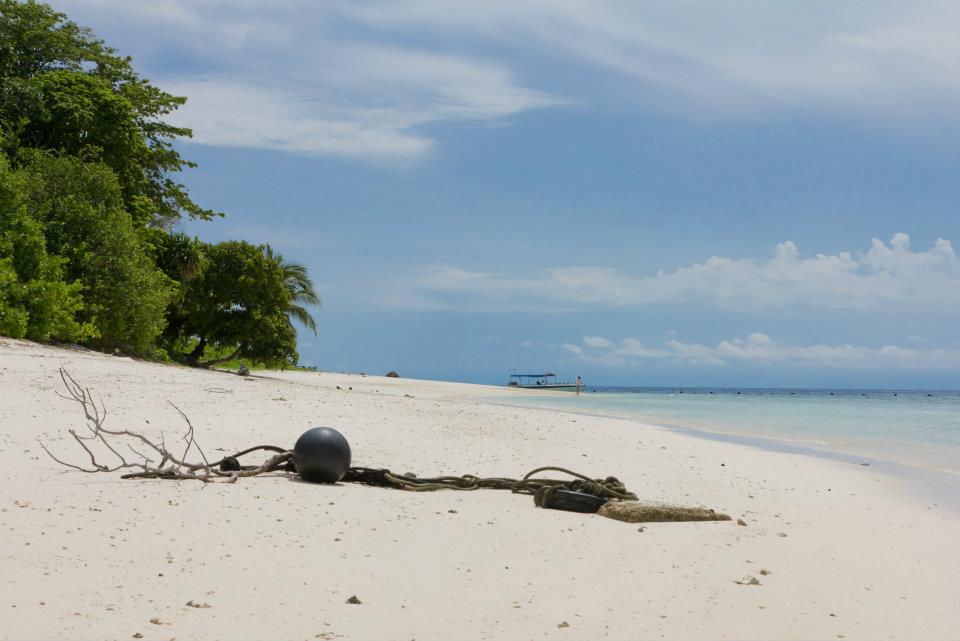 This holiday stays with me for so many reasons. It was extremely special and afterwards, I was completely bitten by the solo travel bug.  The world was my oyster. I had the confidence to choose whatever holiday I wanted (although I met 2 ladies along the way who told me how amazing Argentina was and so that was my next trip – not so successful for lots of reasons and many lessons learnt from that holiday that have helped me since, but that’s another story!)

I have long since ditched the bum bag but I still remember the feeling of excitement I had on that first ever independent solo trip. Even now, many years on, I get a huge buzz from my travels and if I’m ever in need of cheering up I think back to that holiday and remember how important it was to me then, and still is today, to make my own travel memories. I look at the only 4 photos I have from my time in Sipadan – yes, a nice couple I met there took pity on me and sent me a few snaps – just in case I need reminding! 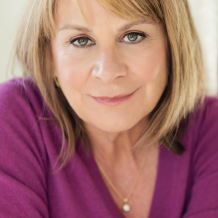 Deborah is a 50 something solo traveller. That wasn’t always the case. She came to it later in life after a very unexpected divorce. Finding herself left with a booking for 2 on a trip of a lifetime to Borneo, Deborah decided, sod it, she wasn’t going to lose the deposit, she would go alone. That first solo trip turned out to be one of the most inspirational and fabulous adventures of Deborah’s life and she's been travelling solo ever since. Deborah started Solo In Style, as the voice of the over 50 independent solo female traveller, where she writes about her travels and shares experiences which she hopes will inspire women who, for whatever reason, may be looking to travel solo for the first time later in life. Deborah also contributes content for other luxury and travel online publications.