After spending time in Cuba, I was ready for my next adventure and just a short hop (well 3.5 hours) across the water was Colombia, my next stop.

If you’re going to Colombia – book accommodation before you travel (I learnt the hard way). They won’t allow you access into the country without having any booked and they require a name, address and phone number.

When I told people I was going to Colombia, I received mixed responses. Some were scared for me, a very few excited, and some just couldn't understand why I would want to go to there at all. I could just about understand their concern. Known for its civil war which has been continuous since 1948 (read Aljazeera's article here), certain parts of the country are still out of bounds and less than fifteen years ago, no tourists even dared come to Colombia. 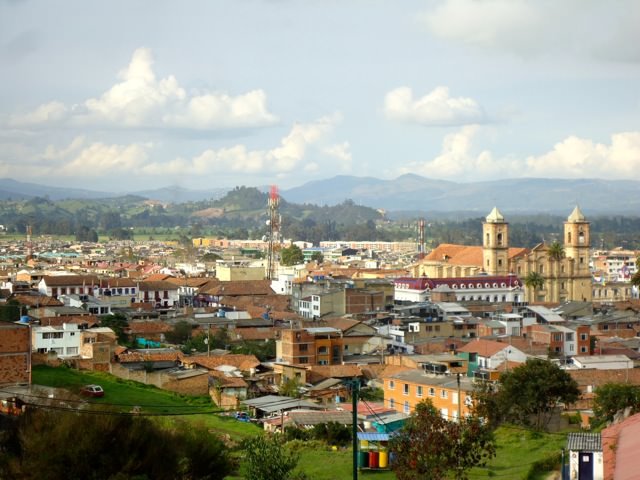 Back then, the capital Bogota had one hostel – today it has 70. And it's now defining itself as a tourist-friendly destination with the allure of coffee plantations and beaches on the Caribbean Sea. Bus routes are now safer and Medellin, once home to the drug lord Pablo Escobar is now one of the largest attractions in the country as people come to learn about the life and death of one of Colombia's most notorious drug lords. 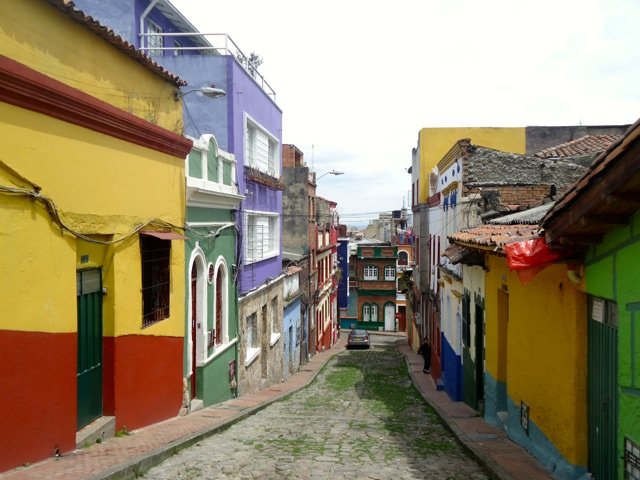 What does remain is the brutality of the police and the corruption.

In the town of Saint Augustin, an archaeological site that I had hoped to visit with hundreds of stone statues, protests were taking place and roads leading out of the town were being blocked. Rumour had it that the police were about to come in with tear gas and being Colombia, it was not uncommon for them to shoot into the crowds. So, no visiting there then. 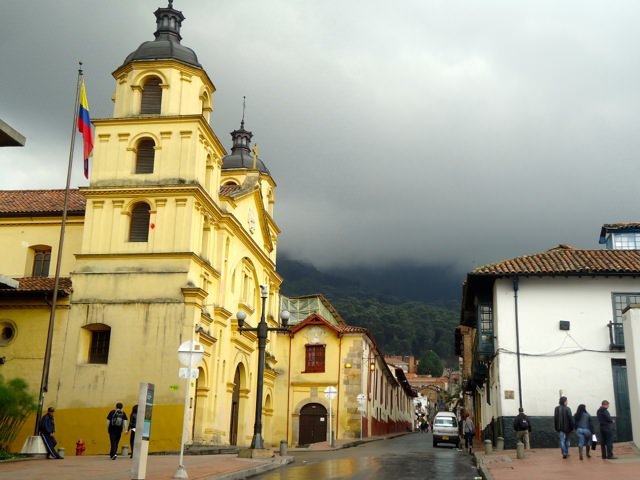 My first stop in Colombia was the capital Bogota, one of the most dangerous cities but with the presence of security on nearly every corner, walking around during the day is fine with a buzzy vibe of any other capital city. At night it is a different story and even walking in a group, I felt like a walking target. 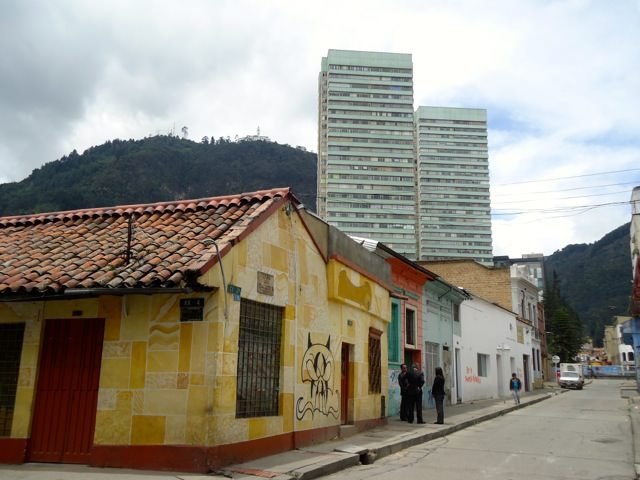 With shanty towns popping up on the city outskirts of Bogota and Medellin we were told to avoid the area from Calle 11 that leads to the mountain which apparently has amazing views of the city. Visiting on the weekends is safer then during week as I heard stories of tourists being chased by men with machetes who then stole their shoes (they did replace them with old ones so they could walk back down the mountain). 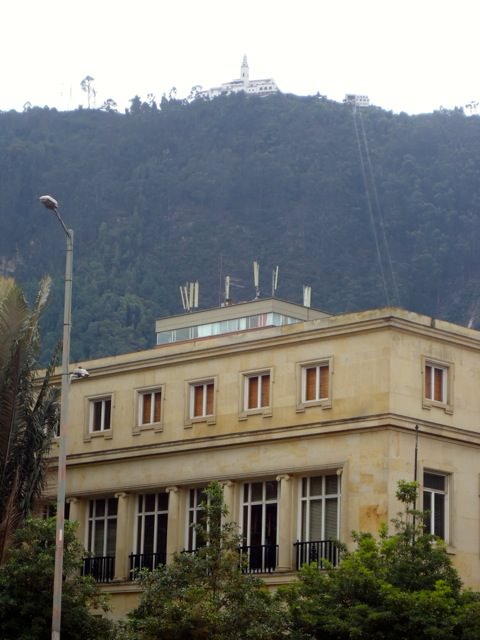 I avoided the mountain and took the Bogota's graffiti and street art tour instead. Showing a different side of the city, I was impressed by La Candelaria area and vibrant art scene of a city I had been dubious about seeing. The bike city tour is also meant to be amazing as they stop off at colourful markets and show you a larger area of the capital. (It's a few hours long though). 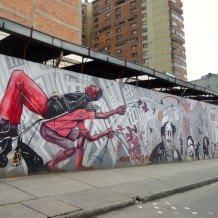 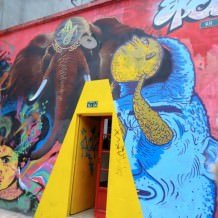 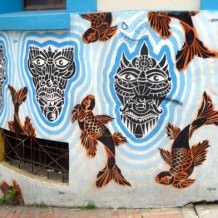 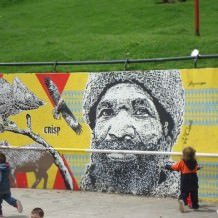 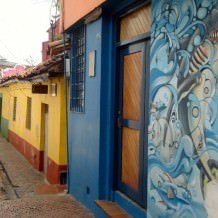 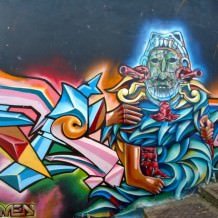 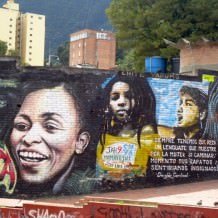 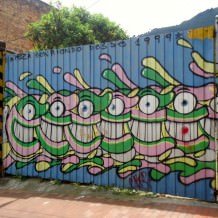 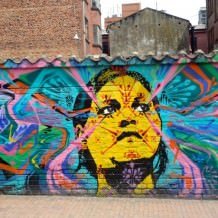 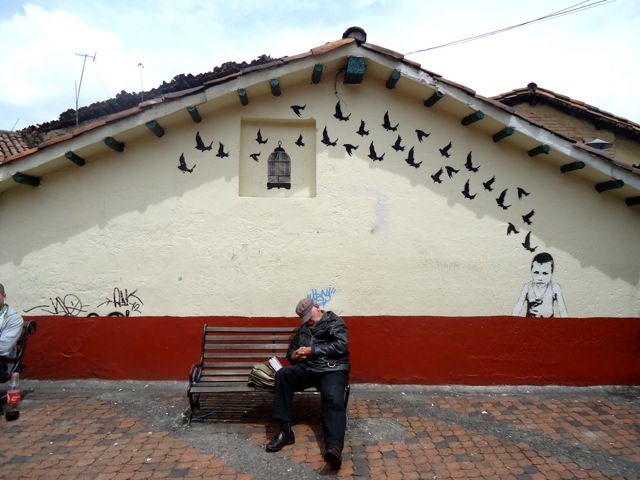 Then there's the Gold museum which is free on a Sunday and the Museo Botero – a collection of paintings and sculptures by a Colombian artist who is known for his images of people in exaggerated forms (larger than normal). The Salt Cathedral is also great for a day trip but it is difficult to get to alone so consider taking a tour unless you're in a group. 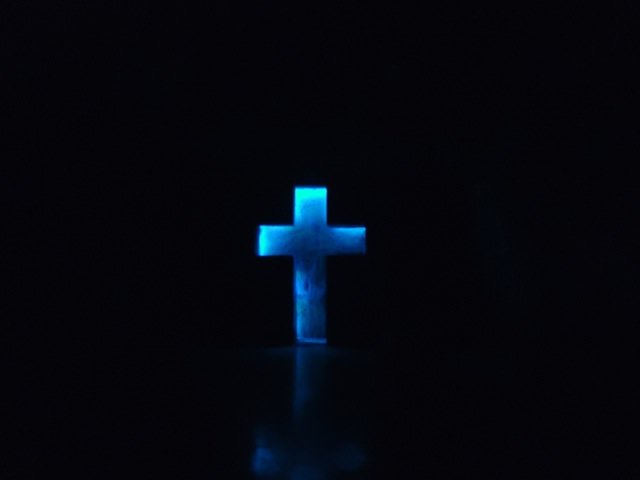 My verdict – Come to Bogota but if you're travelling solo here, you may feel much safer in a group. Staying in one of the hostels guarantees you company so you can explore the city with no fear.

I stayed at the Musicology hostel which was really cheap and included breakfast and dinner each day (except on Sundays). It's a great place to meet lots of other like-minded travellers too.

3 thoughts on “Solo Travel in Bogota”