“Six feet,” I wanted to scream. “That's taller than me!' But I couldn't lose face and as this was a complimentary snorkel, I had to do it.

Climbing down the side of the boat, I grabbed the instructors hand (I wasn't going to let him go until I'd caught sight of my first shark) and there it was, a grey coloured nurse shark swimming past me with its baby. After my first sighting I felt the urge to see another one and let go of the safety of the instructor and began investigating the underwater world of the Belize Cayes. 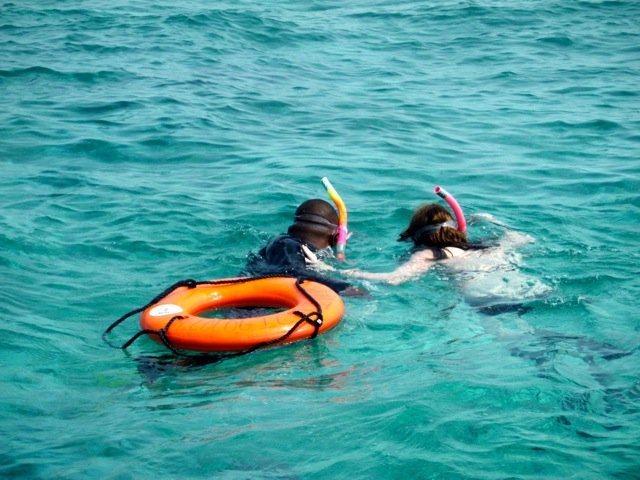 Within minutes of being in the water there was commotion, a stingray had trapped another shark within the shallow waters and the shark was fighting to get out. I bobbed about watching in awe, praying for the little baby to beat the ray until another ray turned up and joined in creating a whirlpool at the bottom of the sea.

This was Shark Ray Alley named so because of the abundance of nurse sharks (and rays) that swim within the area. Hol Chan Marine Park and Shark Ray Alley are the most popular diving sites in Belize but you don't even need to dive here as much of the marine life is within a few feet and viewable with just a snorkel. 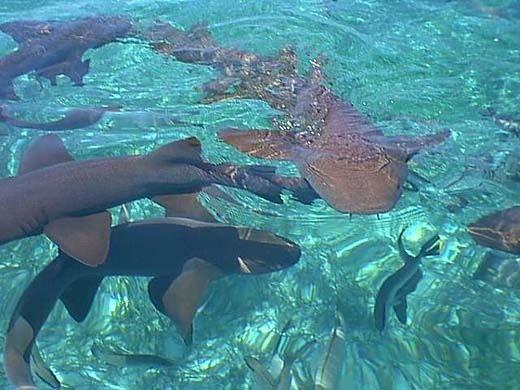 This is what I could have been entering!

By the time we arrived at our second stop, Hol Chan, I threw myself into the water, desperate for some more Belizean marine life. I didn't have to wait long until I spotted a turtle lurking below, then another and another until there were four turtles swimming in the same sea as me, just yards away! Snapper fish swam past me (a little too close for my liking), examining me with their beady little eyes and I was truly one with the ocean.

That was until a large shadow decided to come in for the kill and wrapped itself around my legs. I spluttered gasping for air and tried to wriggle free – was it a shark, an eel or a large manta ray trying to pull me down? 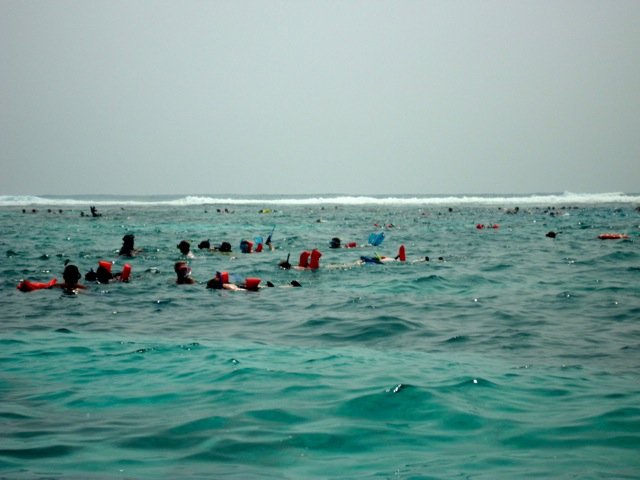 You may have to avoid the rush hour though!

Turns out it was just a young boy from the boat who thought he was a male mermaid and was manoeuvring in and out of the waves like an annoying whale! He must have been following my scent as everywhere I turned, there he was, either submerging up from the ocean floor or diving down in front of my face. Ironically out of everything I had encountered in the sea that morning, he was the one I most wanted to avoid…

Bring on snorkelling with whale sharks!

You can reach both these diving sites from San Pedro or Caye Caulker on the Ambergris Caye. My snorkelling trip was with Ecological Divers in San Pedro who were great for people who aren't too confident in the water.