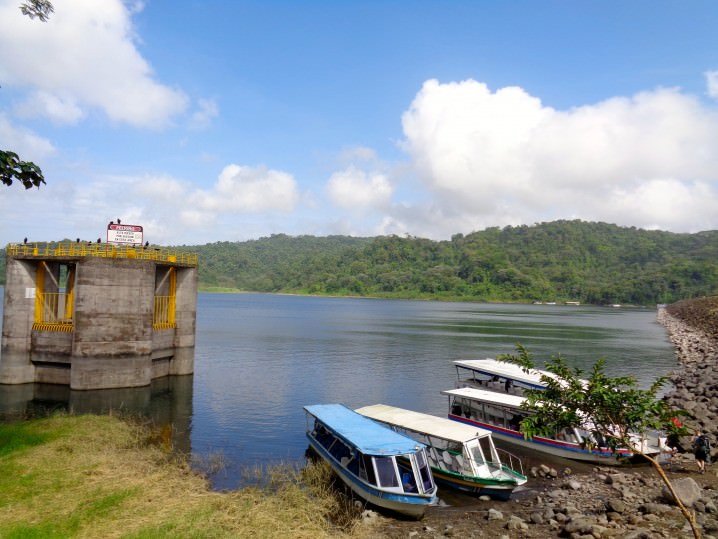 I had left La Fortuna and was heading to Monteverde. It was time for more of Costa Rica’s rainforest and the thing that I was most excited about – seeing a sloth.

Getting to Monteverde from La Fortuna was a delightful mission in itself. A bus ride and a boat then another bus ride which was originally called a ‘jeep-boat-jeep” but because the demand had grown so much, they now offered mini-buses both ways. Costing $20 for the whole way, the boat ride across Laguna de Arenal was so tranquil with the Arenal Volcano as a backdrop. I finally got to see the top of it after hiking through a cloud forest the previous day to not be able to snap a decent picture. 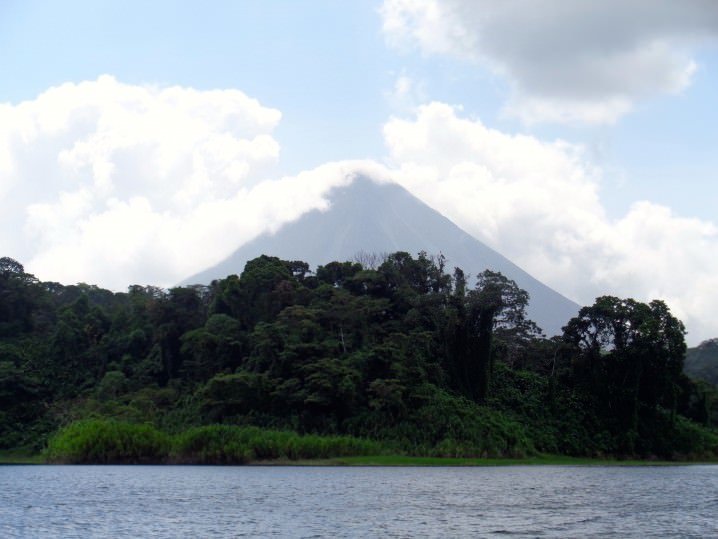 The bus ride the other side took longer and after four hours we arrived in Monteverde and I checked into The Sloth Backpackers, which according to the rumour I had heard, didn’t actually have a sloth there.

Monteverde is nestled between two primary cloud reserves and was found in the 1950’s by Quaker families. It’s a small town and is one of the ecotourism destinations that everyone visits with lots to do from adventure activities to bird and animal watching. 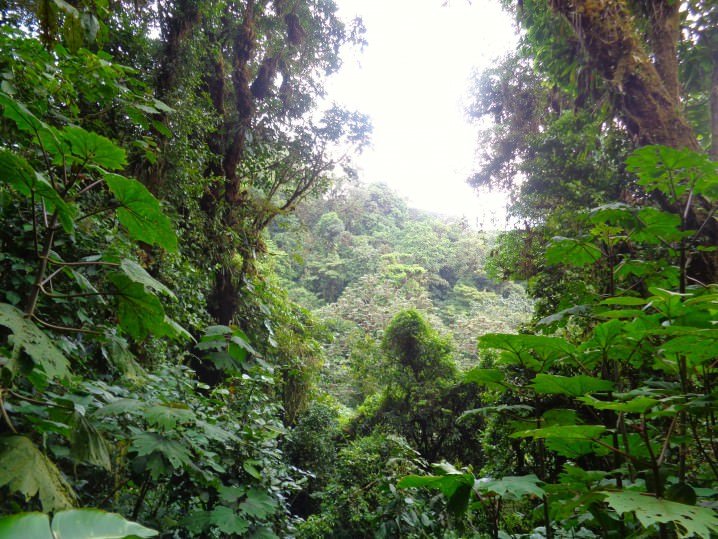 With only one night in the area, I had a full-packed day. The canopy bridges in the afternoon and a night tour two hours later, where I was guaranteed to see a sloth.

According to the guide in La Fortuna, Monteverde had the best canopy bridges and here was also the famous zip line. Having experienced extreme adventure in Belize previously and being on a budget, I opted against flinging myself along one of the world’s longest zip lines to video others doing it instead and set off for a less adventurous day of hiking in the Santa Elena Cloud Forest instead. 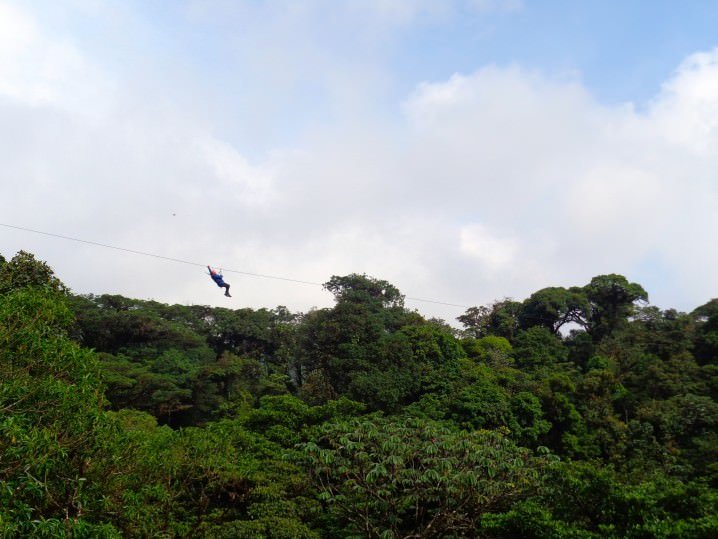 A zip-liner flying through the forest.

The Sky Walk takes you through the Monteverde rainforest into the upper level of the forest canopy across six bridges with the longest being 984 feet. Only being 2.5km meant that we could walk at a leisurely pace, admiring the orchids and some of the world’s most complex ecosystems, and listening to the screams of the zip-liners and the whizzing of the wires as they flew past. 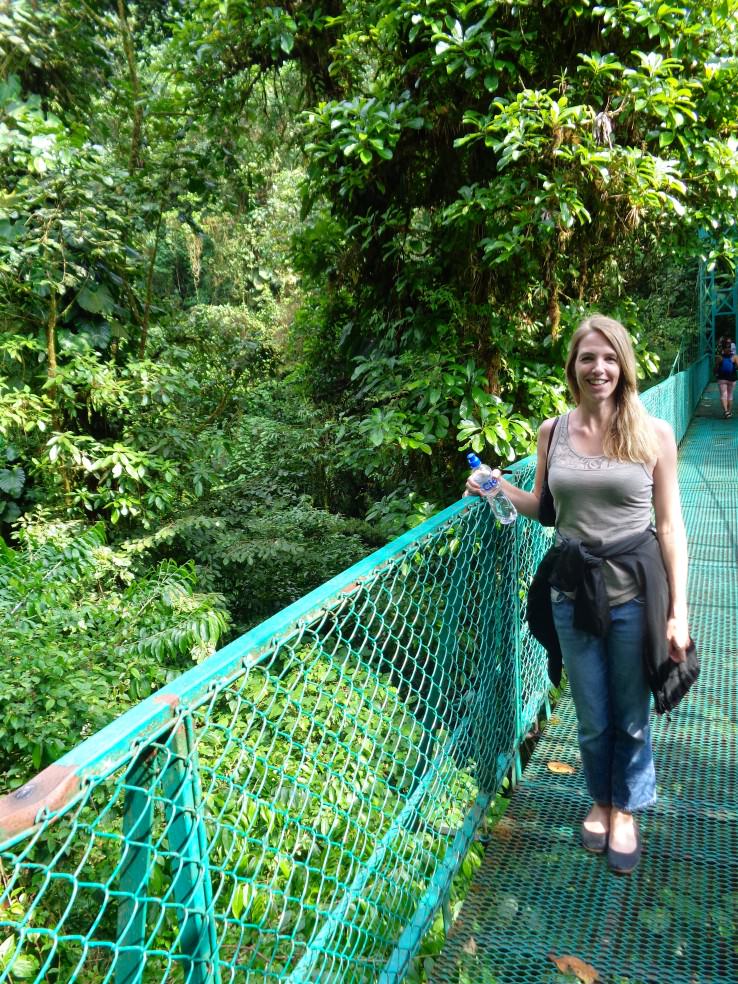 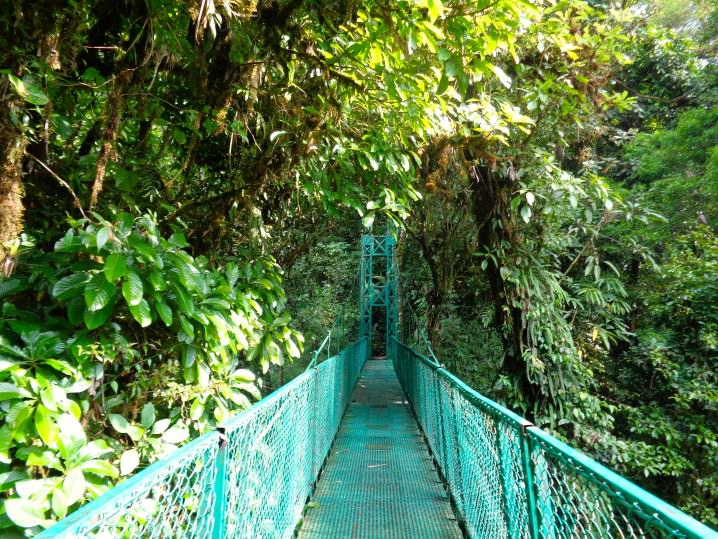 One of the canopy bridges 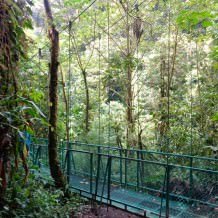 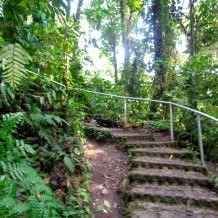 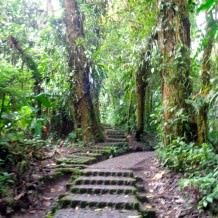 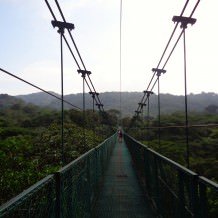 Then as day turned to night, it was time to do some nocturnal animal spotting on the Hidden Valley Night tour. Armed with my head torch so I was hands-free for photo opportunities, we ventured into the forest, like a walking convoy.

Seeing an older British couple, I joined forces to find out what was happening back home. After putting British politics to rights and completely forgetting that we were on a night tour looking for native animals, we heard a voice come over the walkie talkie.

“Sloth,” was the only word that I picked up and my excitement bubbled as I quickly followed the rest of the group to the viewing point.

And there it was. I had only been on the tour for less time than it took to get my notebook and pad out of my handbag when a sloth had appeared, slowly climbing the tall tree in front of us. It was one of those moments that I will never forget. 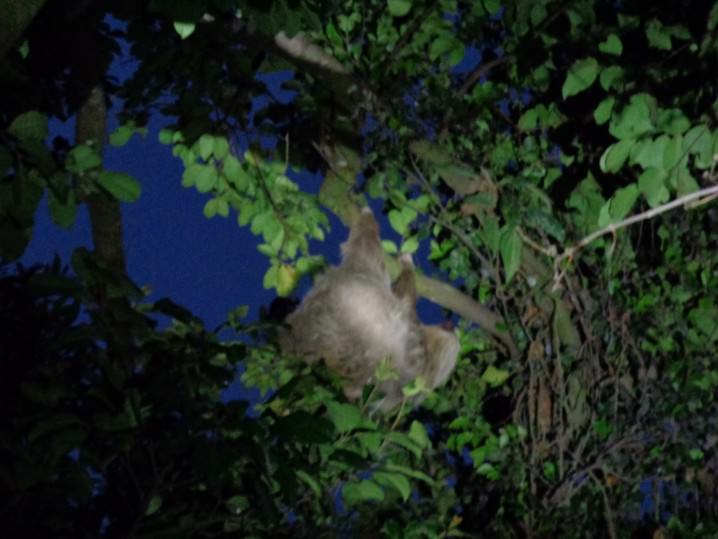 Sloths live in Central and South America and spend most of their time in trees, as their long claws prevent then from walking on the ground easily. There are two different species, the two-toed sloth and three-toed sloth (which is smaller) and both spend time in their tree homes sleeping and eating except climbing down whenever they need the bathroom or fancy a swim. It’s said that they are excellent swimmers (that is next on my list).

All that was left now was to see a frog. Costa Rica is known for having the largest variety of frogs in the world and next on my list was one of the tiny colourful ones (that are actually poisonous). I kept my eyes peeled for any sudden movement.

As we continued our walk into the dark depths of the forest, the guide stopped in front of a bright green vine hanging from a tree which when it started to move, I realised was actually a snake of the viper variety. Exciting yes, but I was still hung up on the sloth. 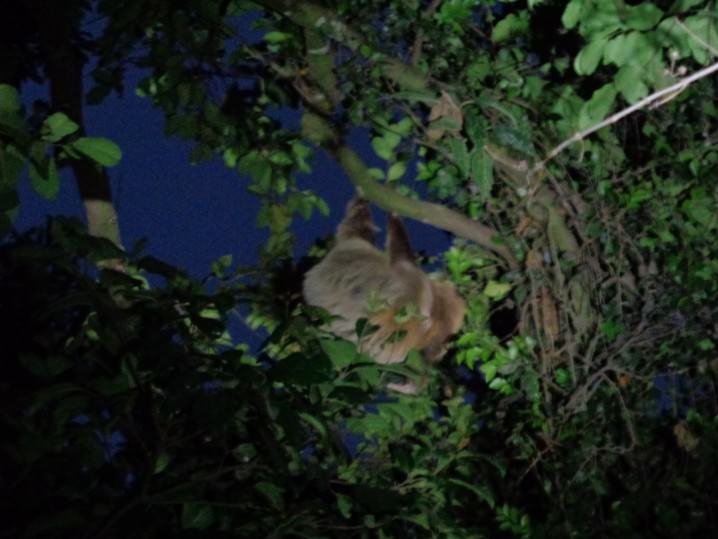 Then, the yellow beak of a toucan sitting high up in the trees caught people’s flashlights and we all stared up at the wooden-looking bird that didn’t even look like it was breathing.

“Why is it not blinking?” one of the group asked.

“It’s asleep,” replied the tour leader, although I was unsure that I would be able to sleep with five torches shining directly at me.

Being skeptical that the toucan was actually real and just placed there for the tour (do they really sleep with their eyes wide open?) we were off to another part of the forest, shining our torches in the direction of everyone else and giggling when everyone got excited when the tour guide stopped and shone their torches on a tree only to realise there was nothing there.

After camping in the African desert, I was hardened to giant insects and I surprised myself as I heard a rather calm version of me saying, “Can I see it?”

An orangey brown tarantula was cowering in the corner of a tree branch, looking a little scared of the humans. The tables had finally turned as I reached even closer and got a better look. Being a spider native to Costa Rica made it more special than the regular tarantula I had seen running along a hillside in Panama.

Then we made our way slowly back to the starting point, shining our torches everywhere for something else. But there was nothing else to see. No red poisonous tiny frogs or metallic beetles to be seen anywhere but I couldn’t stop smiling. I had seen my sloth…

For anyone wanting to see a frog. There is in fact a frog pond in the area which I only found out after I had left. I guess it’s a great reason for going back. 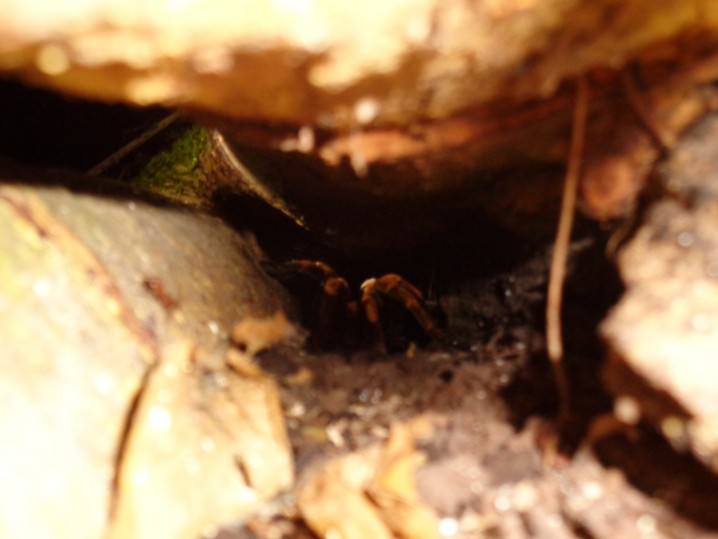 Monteverde is a really cute town with an ice-cream parlour which sells amazing hotdogs. I stayed at the Sloth Backpackers which was quite cramped with a not-very-friendly owner. The hostel next door called Sleepers Sleep Cheaper Hostel was more spacious and cheaper. 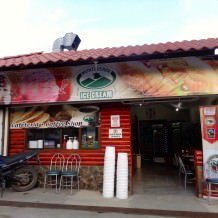 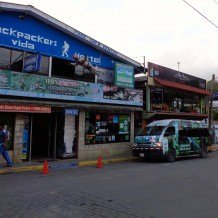 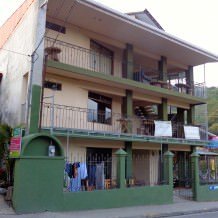 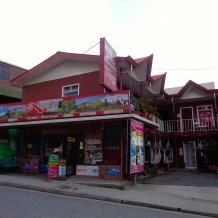 2 thoughts on “Searching For Sloths in Monteverde Costa Rica”