I bit into my cheese and ham sandwich whilst looking for some shade from the blazing sun.

‘Many died from lack of food,’ said the tour guide who was one of the most knowledgable I had come across. As he spoke about skinning rats and strangling dogs, my appetite decreased with each sentence. I had not chosen the best time to eat my lunch and considering where I was, it didn’t really feel appropriate to be eating at all. 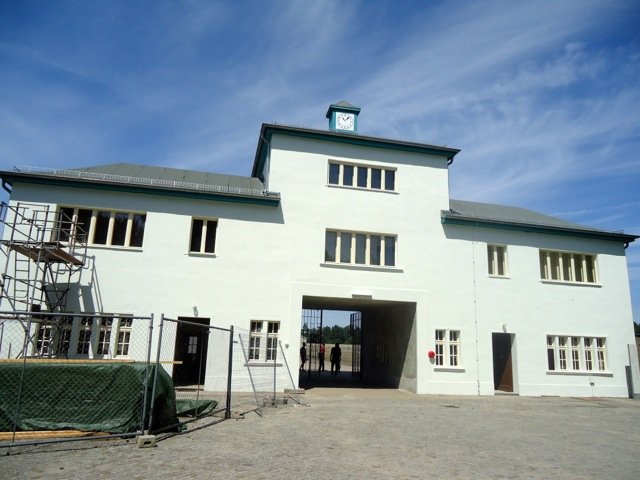 This was an intense history lesson and as I walked around the bleak camp with no shelter from the blistering heat, I had a sombre feeling that maybe I shouldn’t really be here.

Sachsenhausen Concentration Camp is near the city of Berlin and was just one of more than 2,000 camps across Europe. Thousands of prisoners came through the gates; varying groups of people at first; the unemployed, the homosexuals and the layabouts before eighteen nationalities of jews. 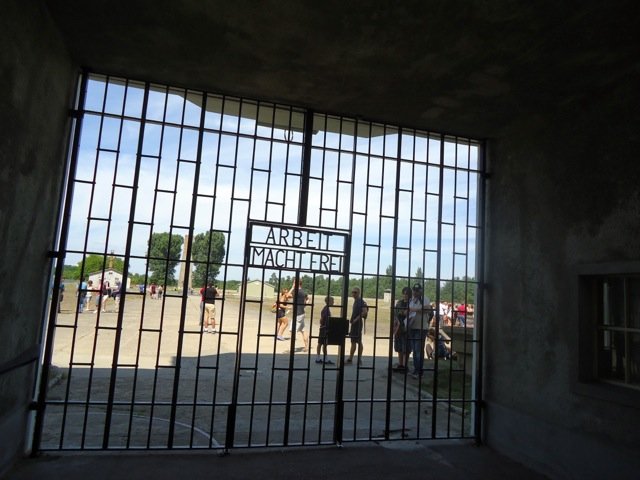 Upon arrival the prisoners would be taken to the inner courtyard where the selection would take place. If you were educated enough to have been a doctor or a dentist you would survive a long time. Others were worked to the bone and many died from being underfed.

No one could escape. The fence contained 11,000 volts and before it lay the ‘neutral zone’ where prisoners would be shot without warning if they stepped within the zone. So many prisoners committed suicide here that the guards had to turn off the reachable rungs of the fence. No one died until they said so. 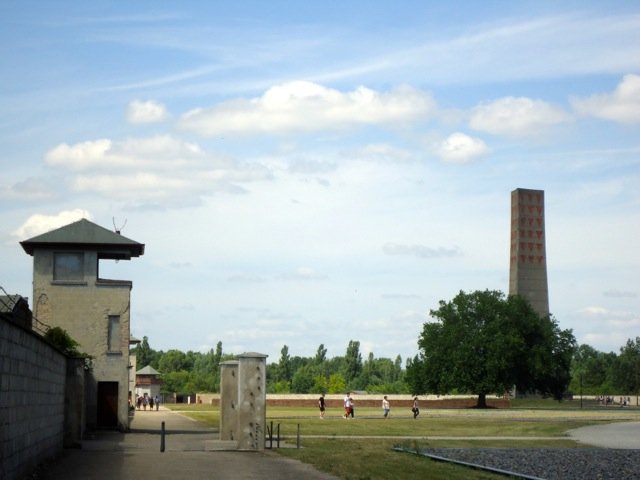 Buildings that were designed for 120 prisoners contained up to 400 with nine people per bed block. The overcrowding and heat exhaustion alone was a killer. One of the former prison huts (Hut 38) now stands as a Jewish museum and you can see the wooden beds, toilets and washrooms where the prisoners had been kept. 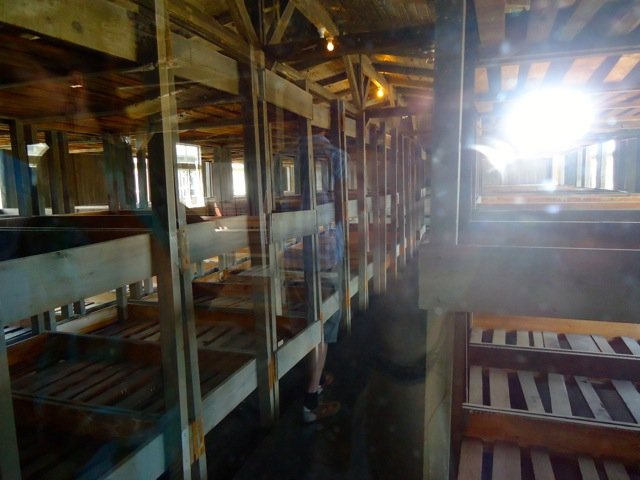 We passed instruments that were used as weapons of torture, designed to dislocate arms and for other inhumane acts by the SS guards. It wasn’t just male guards here either, one in ten were female but they weren’t the only women, some women were even brought here for prostitution. 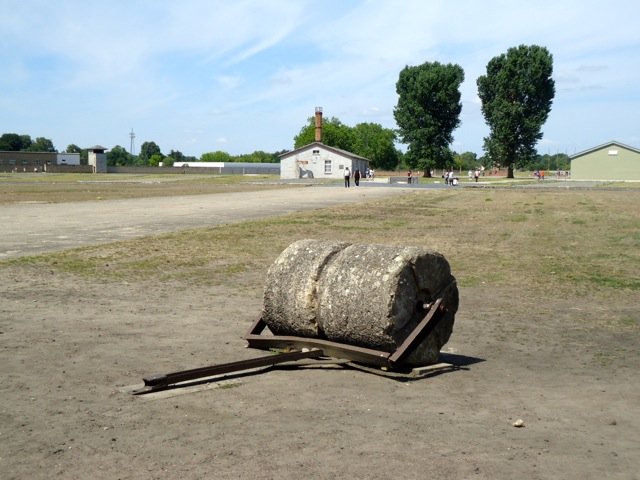 The camp opened in July 1936 and even had a concentration camp open day with the main street open to the public during daylight hours. A flyer showed an invitation to an evening dance being held at the camp and residents lived in houses just minutes away from the torture who were told to ‘not ask the question to which you do not want to know the answer.’

A prison existed within its walls, where prisoners went sent for solitary confinement. Georg Elser, the man who attempted to kill Hitler was kept within this prison before being shot. Two famous British spies were also held captive here and made to sit on the floor for six months wearing nothing but shackles to their feet. 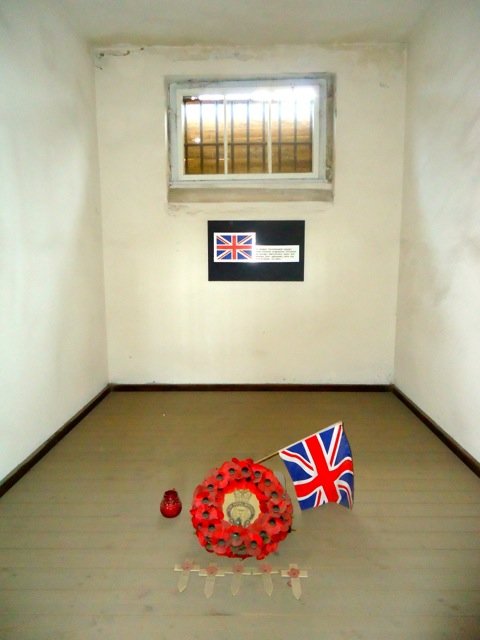 Medical experiments took place in Sachsenhausen Concentration Camp to see how effective nerve agents were. Plans to drop the gas on the cities of New York and London never took place but they were tested here as well as cyanide gas in its liquid form.

Approximately 55,000 people died here at Sachsenhausen Concentration Camp and as I left the camp I had mixed feelings about what I had just learnt. It seemed wrong to be visiting as a tourist and taking pictures of such a place with a horrific, incomprehensible past, but for me it was vital to learn about the conditions, to gain more of an understanding of the holocaust and to really hope that mankind had learnt from places like this. 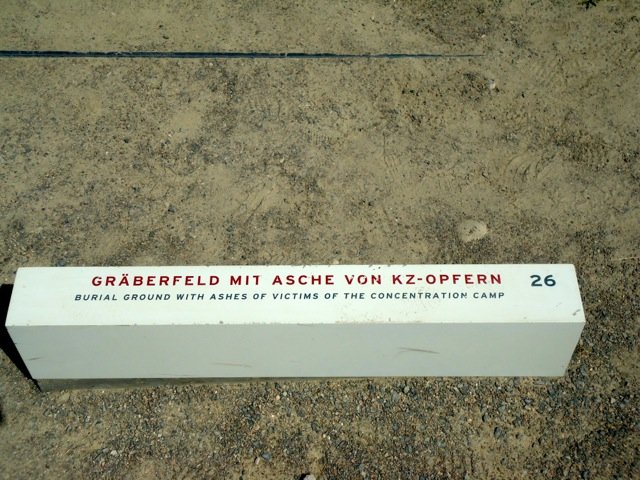 This is just a short account of what happened here. I have left out many details which are too shocking to even comprehend and was even unsure whether this should be posted but it is a glimpse into the history of Sachsenhausen and many are already aware of what happened within concentration camps like this.