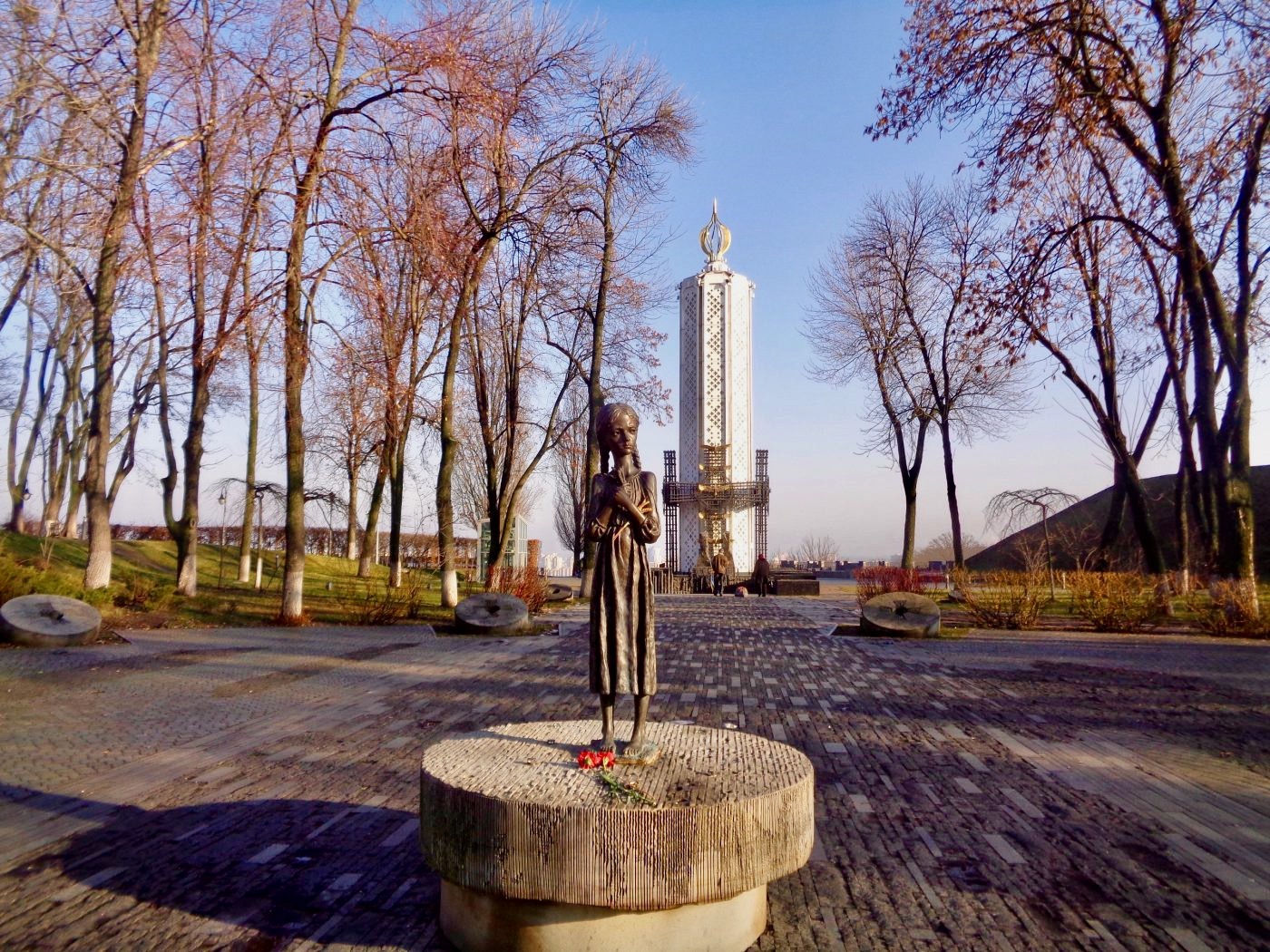 For this month's solo insight, I look back at my time in Ukraine and the reason why I was inspired to visit this fascinating country.

Remembering My Time in Ukraine

“That… is the World’s most travelled man,” said my newfound friend at the London networking event I was attending.

I looked to where their head was nudging to see a distinguished-looking gentleman sitting at one of the tables.

“That is Fred Finn,” they said. “He’s the Guinness World Record Holder for the World’s most-travelled person!”

I was in awe. Travel was my passion and although I had added a few air miles to my continuing, flow of fully stamped passports, being acclaimed by the Guinness Book of World Records for being the most travelled person was a long (if not unattainable), way off.

Having just started my solo female blog, I was full of excitement and that newly-found confidence of starting something new to inspire women to travel. I needed interviews for my blog and to be able to interview Fred Finn, would be such a privilege. At the time I had travelled to less than 80 countries and Fred had been to 136! I wanted to shake hands with this man and find out more about him.

Feeling a push to go over, I approached Fred and handed him my pink business card with outward confidence. I introduced myself, asking if I could interview him for my new blog. 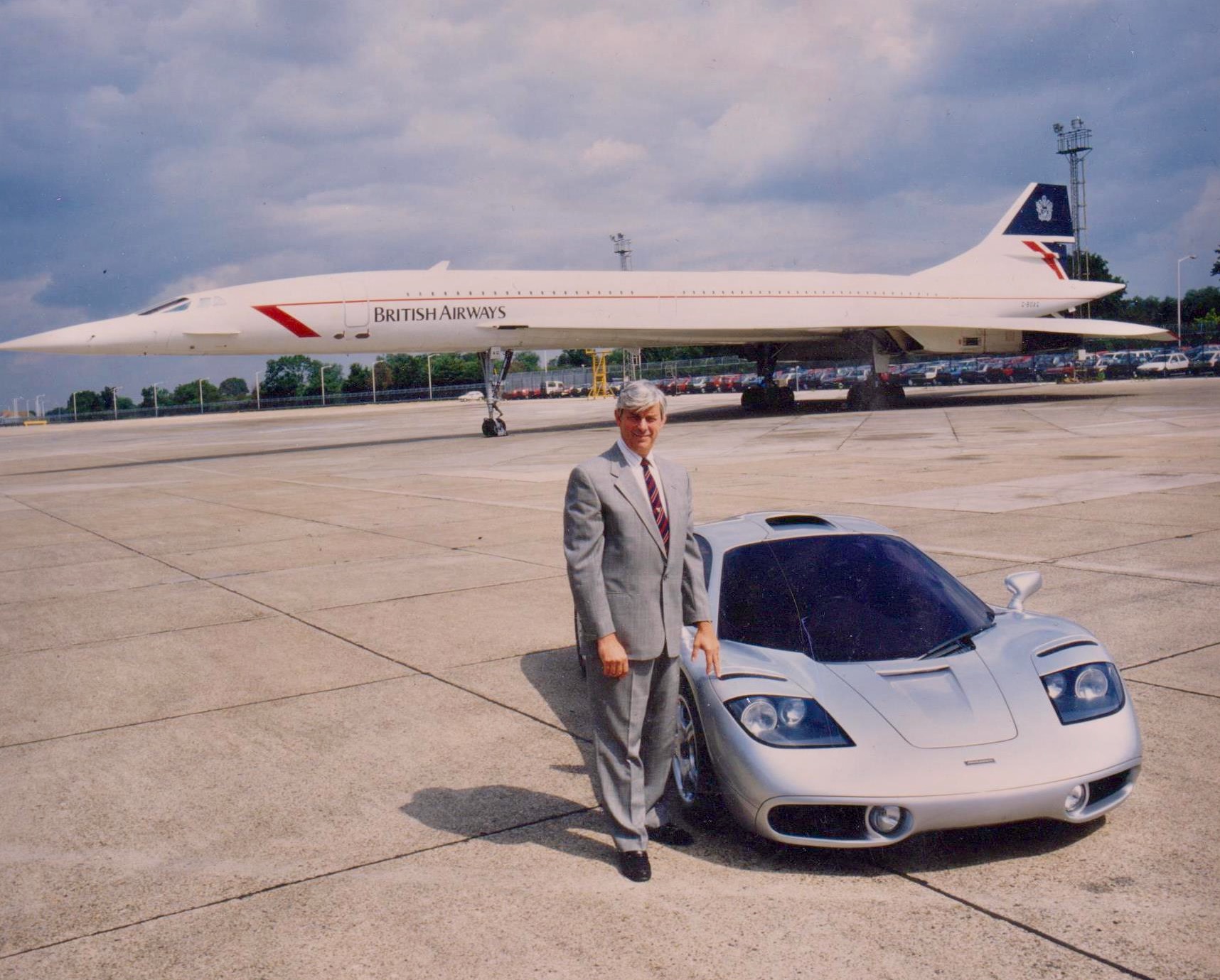 Fred Finn and the concorde that he used to travel on. (Photo @ Lounge Buddy)

A few weeks later, I sat on a Skype call looking in on the lounge of Fred Finn. A picture of a carp that he had caught in Florida, staring back at me from behind his chair. I needn’t have worried about being nervous as Fred was (what I now know to be), his usual chatty self and I instantly felt at ease interviewing someone so important.

Fredd was the most-travelled Concorde passenger who had taken 718 flights and had been on the first and last ever flight that Concorde had flown. The closest I had ever got to a Concorde was seeing one take off as I was sat on a Boeing 747 waiting to taxi onto the runway.

As I listened, I was fascinated by his stories. A man who like me loved to travel and was inspiring me with his love of Kenya and the fact that he had been there 600 times. His story of his aerobatics with the Red Arrows and business lunch with Richard Branson.

His tale of having breakfast in NYC, dinner in London and then back in New York, as he flew between New York and London 3 times in one day. His excitement about flying and travel was definitely contagious.

“I relax on the plane!” he answers. 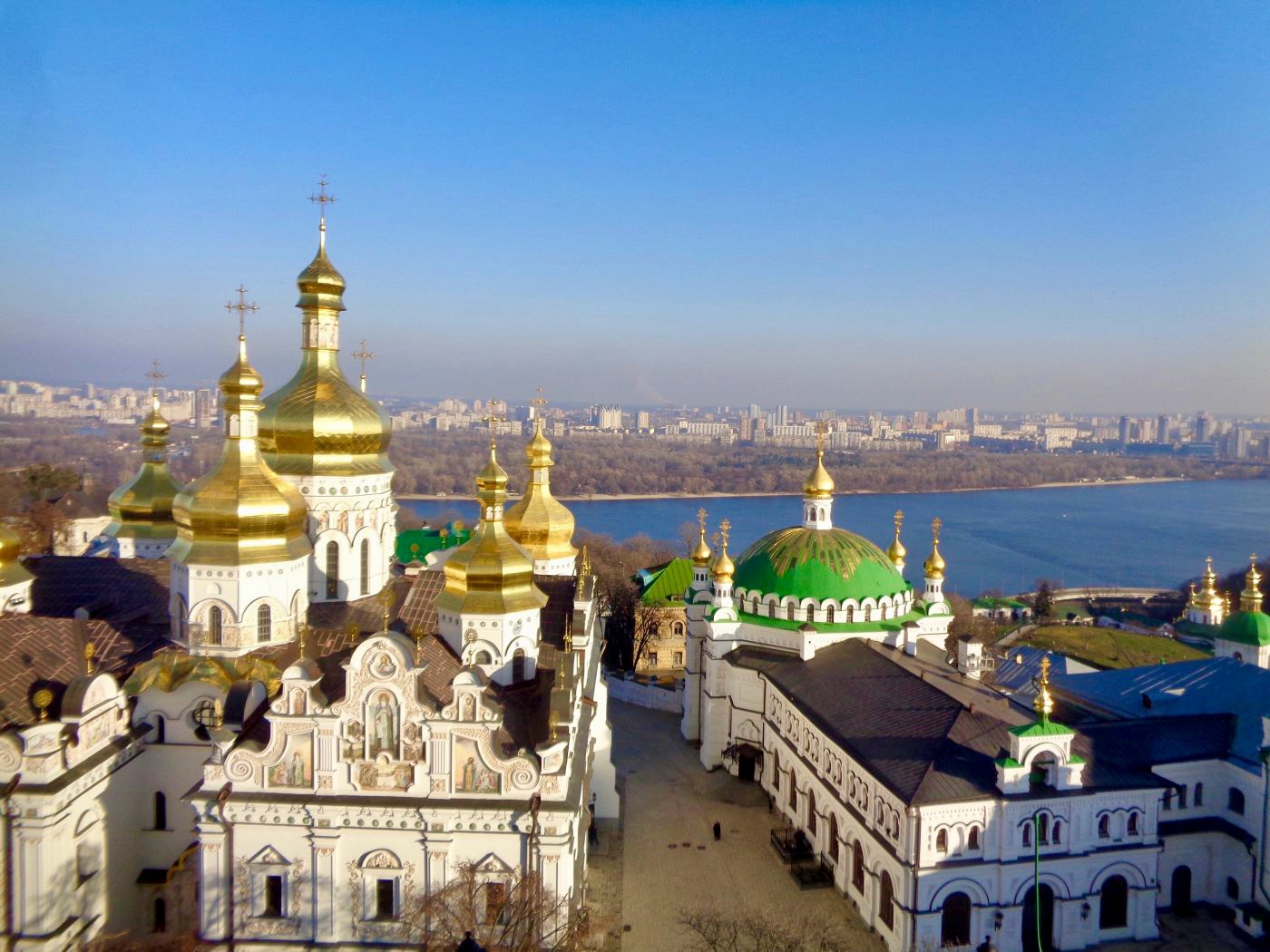 We became friends and I visited Fred the next time I was in London and he showed me around his local area. But I couldn’t forget the interest that he had sparked in me about Ukraine from our first conversation.

Tales of where he lived with his Ukrainian wife, in a country with white beaches and the Black Sea. How he had described Kyiv as one of the most beautiful cities in Europe with golden domes and churches and how ladies were treated with respect.

After several more conversations about it, I felt inspired to take a trip to the country. And armed with an address of a restaurant in Kyiv that Fred said I should pop along to when I was there, I put on my best outfit that I had in my backpack at the time and opened the door to The Kitchen 21 to be greeted by Robert McNeil, the most friendly owner who had been expecting me. 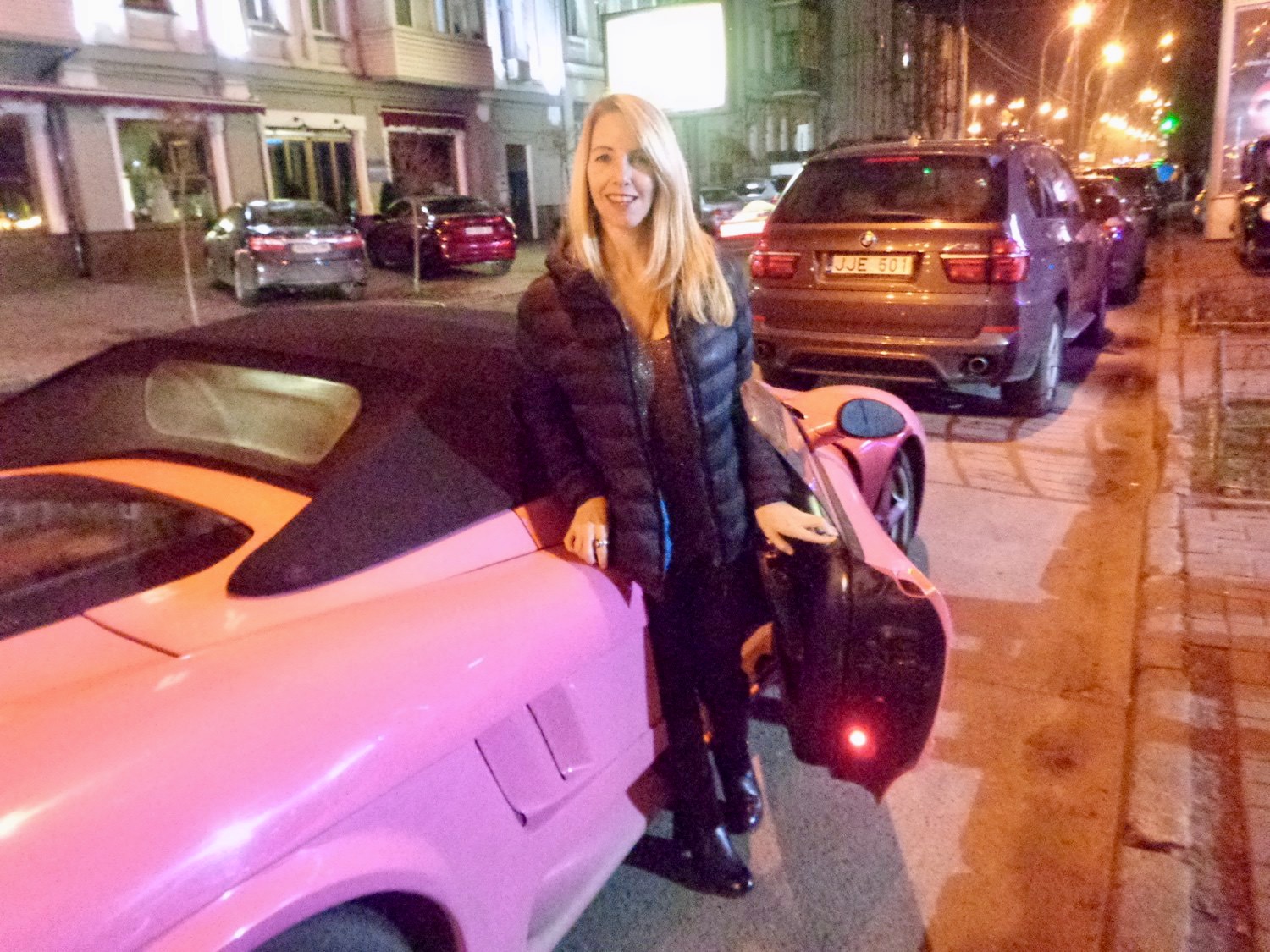 That night I dined with journalists and VIPs and was treated to an 8-course meal, each one paired with its own wine. They all spoke so highly of Fred and said that any friend of his, was also a friend of theirs.

I was then whisked off to a Kyiv nightclub also owned by Robert, and Irantha Duwage. And as I stepped into a pink Ferrari, I felt as though I was in a parallel universe; a world away from my usual globe-trotting backpacker reality. The night continued to flow with free champagne until the early hours when I was driven back to my accommodation by their private driver.

That night was a glimpse into Fred’s world and I’ll always remember that evening in Ukraine. Fred had been right, Kiev was one of the most beautiful capitals that I had visited and being there in the winter was so magical.

It’s been 9 years since I met Fred. If I had never had gone to that networking event, or had the courage all those years before to introduce myself to the world’s most travelled man, would I have been inspired to have travelled to Ukraine? 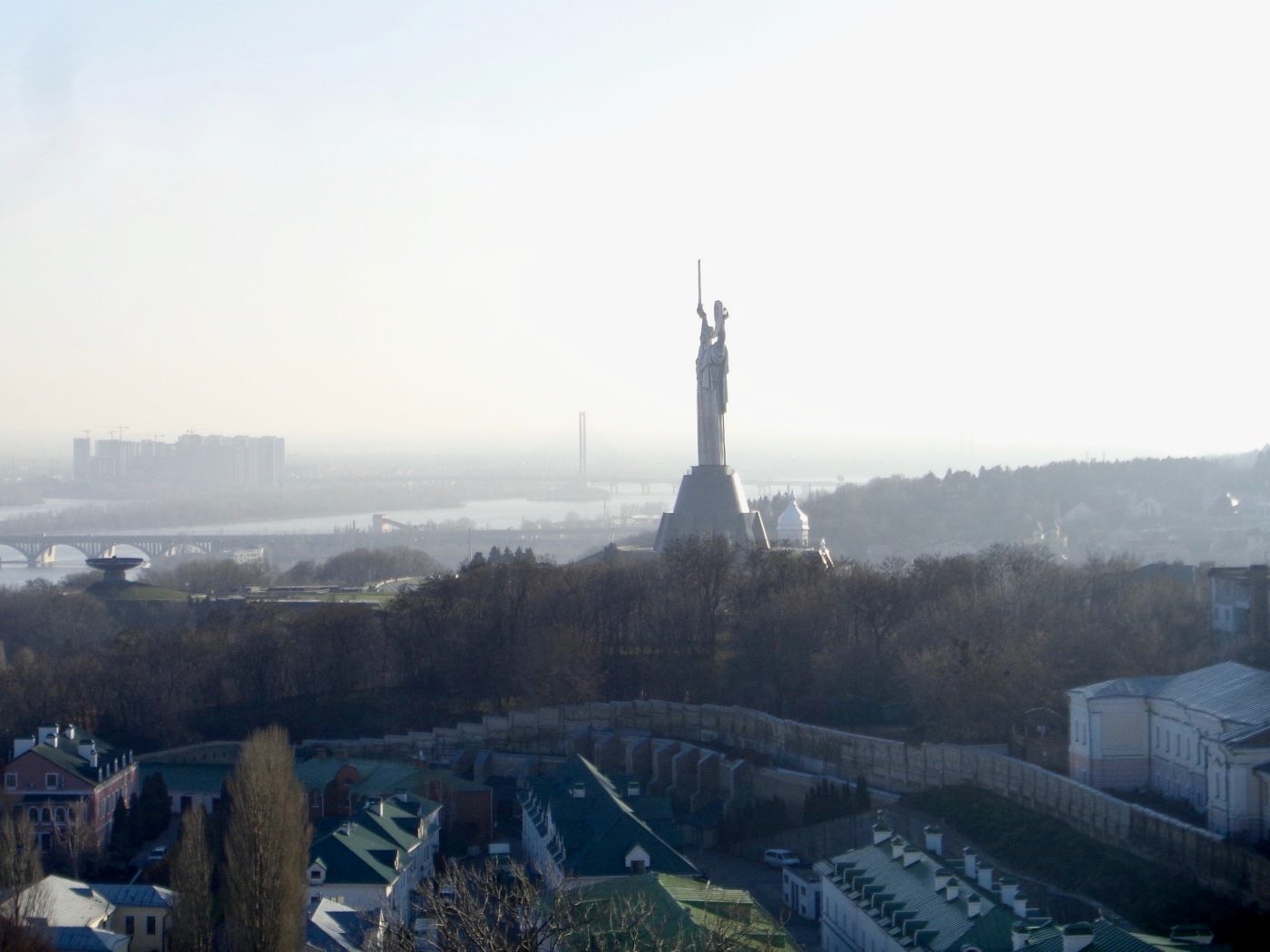 The Motherland Monument in Kiev

Maybe I would have but I never would have met the most wonderful, generous people there who had made Ukraine their home. I would have passed through it, taking tours and meeting other travellers in the hostel in Odessa and not had the chance to witness what the country meant for a handful of ex-pats who had shown me first-hand why they fell in love with the country.

I wouldn’t have met the local women who showed me around or learnt more about their culture and I definitely wouldn’t be following the updates of the journalist that I met there who has since fled.

It breaks my heart to see what’s happening in Ukraine. And as I look back on my time in this magical European city, I can only pray for peace to return to this country and for the strong, resilient Ukrainians and those who call Ukraine home, to be shown as much love, compassion and kindness as they once showed me. 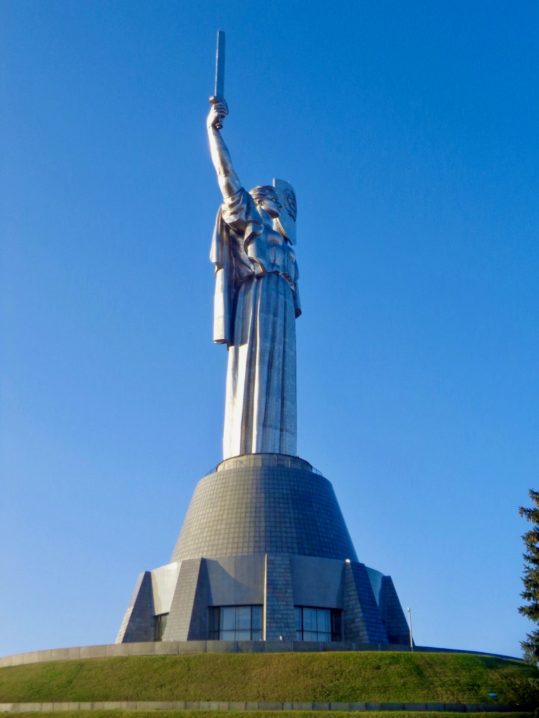 N.b. This month I am donating 10% of Girl about the Globe's net profits to War Child who are on the ground working with refugees fleeing Ukraine.