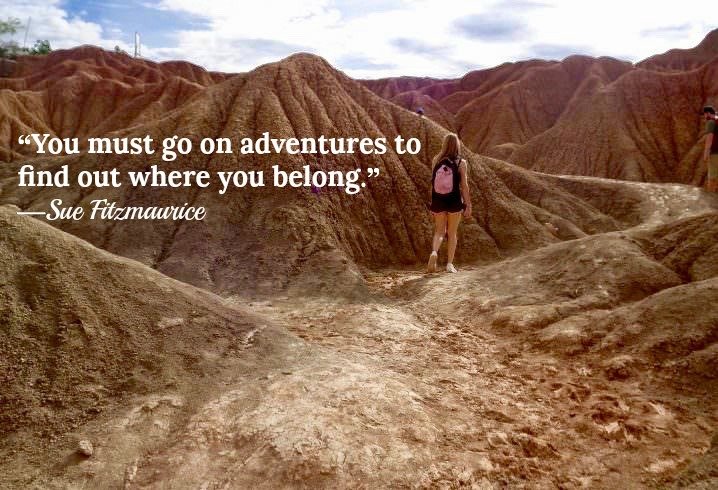 It feels so strange talking about travel at the moment. This period has been such a rollercoaster of emotions from being in survival mode to finally feeling that there may be a light at the end of the tunnel. Being forced to stay still has given me the opportunity to really throw myself into work, creating a Bounce Back Plan, a podcast and offering distance Reiki to my community.

It’s been six years since I stayed this long in England. I’m usually bouncing between here and Barcelona and travelling around, constantly planning my next trip and looking for my next base.

If anything, the last nine weeks have showed me how much I took travel for granted. Being forced to stay still has brought lots of past memories to life, especially as I'm looking through my notes and writing content from my past travels.

Visions of travelling are being replayed in my head, like scenes of a movie. Some of it doesn’t even feel real. Did I really travel to Ghana, Cote d’Ivoire and Senegal by myself? Did I navigate my way around Central America not knowing any Spanish? Jump of a bridge with a bungee rope in my twenties, or snorkel with whale sharks in my thirties?

The long periods of travel. Journeys that now make me turn green with rough seas and windy roads.

Spending three months island hopping solo in the Caribbean (on a budget of course). Travelling on a bus for 27 hours from Brazil to Paraguay (the longest bus journey I have ever taken). My four month trip in Europe travelling from London to Istanbul using buses and trains. Living and working in Australia, then exploring the length and breath of New Zealand for a month, and spending 20 months straight in Latin America.

My travels around Central Asia, my time visiting the Himalayan countries of Bhutan, Nepal and India, and having to change my plans for the bullet train to Tibet because the Chinese government changed the entry rules overnight. 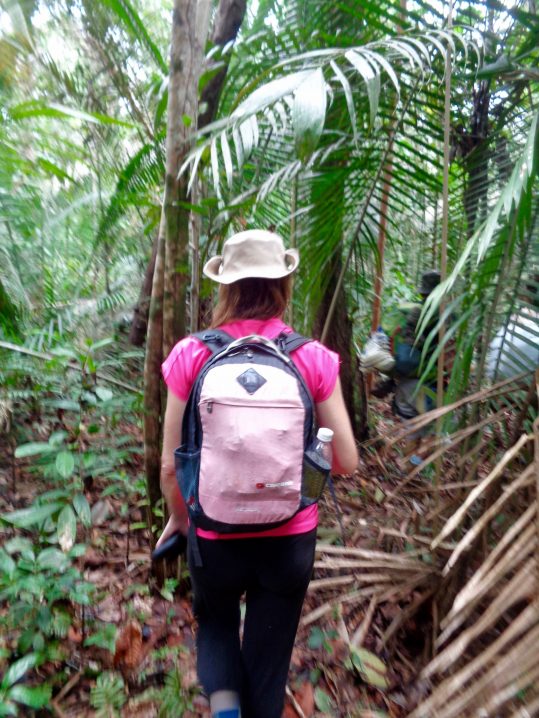 There have been so many adventures in my life and so many times I have pushed myself out of my comfort zone.

Sleeping rough in the Amazon for 5 days and finding a tick somewhere that it shouldn’t have been. Crossing the border from Vietnam to Laos and meeting some fantastic girls to share a drink with me on my birthday. Serving cocktails on a cruise ship and sailing through the Bermuda triangle, teaching Buddhist nuns and living in a monastery. Drinking vodka in Russia in secret bars that look like derelict buildings.

Meeting the Nessie hunter at Loch Ness and learning how to dance Scottish style. Being shown by a young girl how to dance at a voodoo ceremony, being taught how to dance around a fire by tribesmen in Botswana. Having a dance off with a Benin dancer in West Africa.

Sleeping in a safari park petrified by the sound of the hippo in the river below. Washing plates in the river with Mayan ladies, drinking cava with Fijians in a cava ceremony. Picking olives with the Palestinians and learning how life is for them under Israeli occupation. Visiting places that have completely surprised me such as Dharavi, the second largest slum in the world, and Beirut in Lebanon.

And being lucky enough to have seen all Seven Wonders of the World. 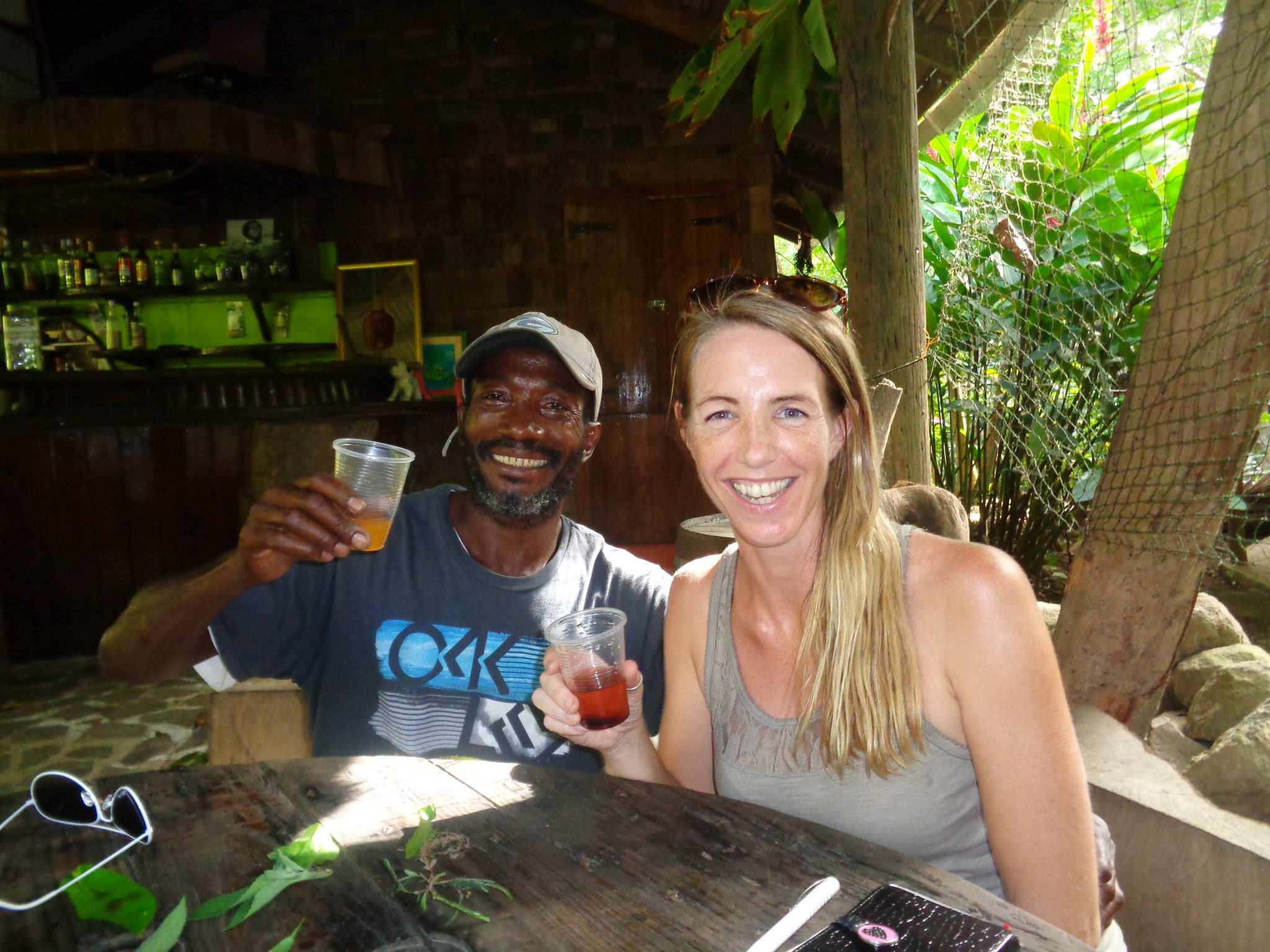 Having a drink and chat with a local in Dominica

The kindness of strangers

The kindness of strangers who I met, of the Turkish receptionist who I went on a morning run with along the magical Pigeon Valley in Cappadocia, who then invited me to stay with her mum in Istanbul where I was taken Turkish dancing.

Spending a New Year in Panama City and being invited to a private NY party to the owner of a hotel who had his own firework display on the bay! When I really thought I would have to spend New Year alone.

The kind bank teller in South Korea who used his Google translate to help a distressed backpacker pay for her new flight out, after missing her first one. And many kind taxi drivers who have stayed with me whilst looking for my accommodation.

Being brought to tears in an Asylum Centre in Cyprus, the three girls with different nationalities that I met in a Lebanese refugee camp, the stories of the girls who lived in an orphanage in Colombia, that are so difficult to hear and imagine.

And the fleeting connections with people that you never see again. 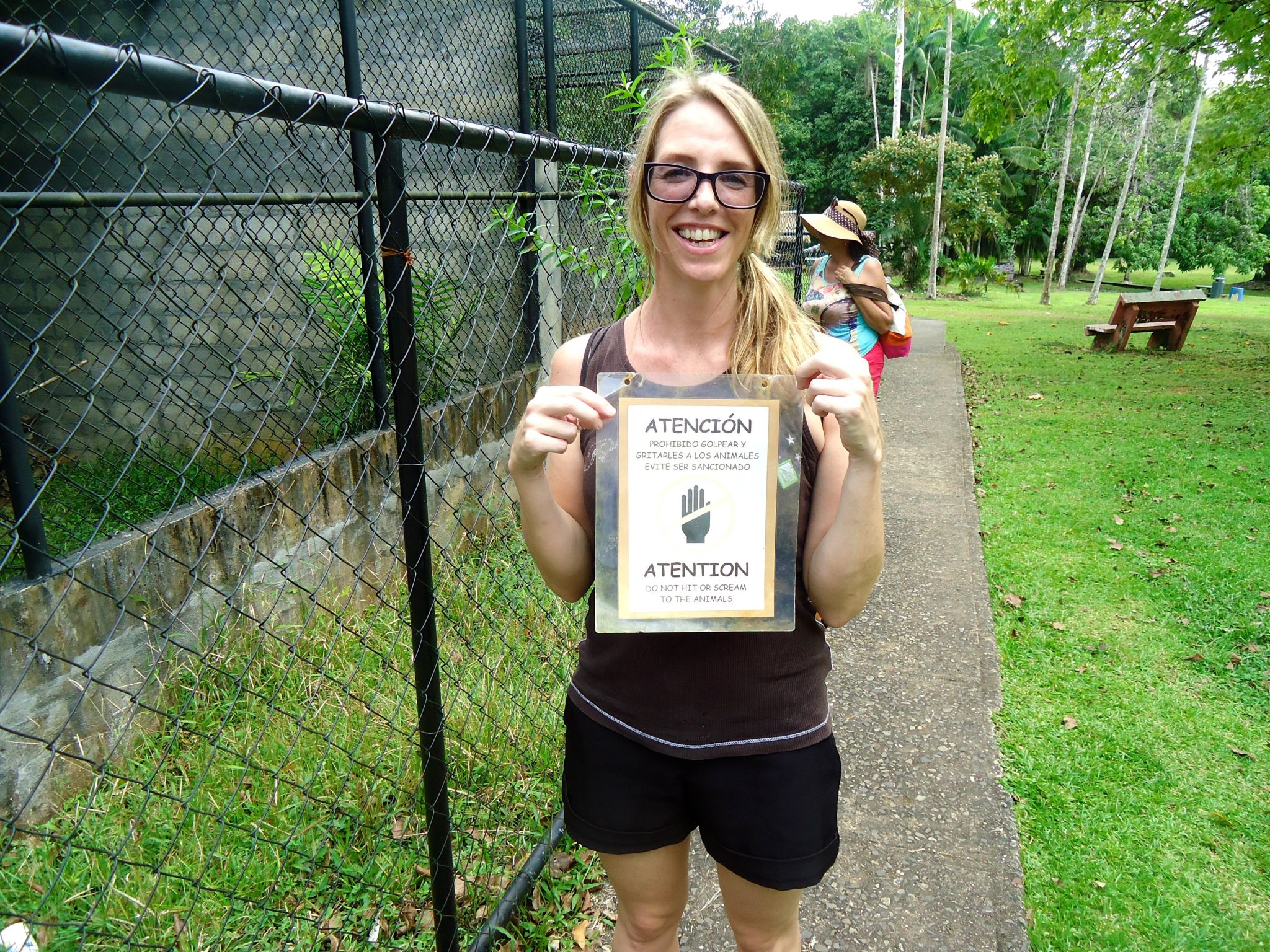 And the challenging times

And with each memory comes a new appreciation of the woman that I have become. The hustling that I have taken bartering with taxi drivers, or changing money on borders, the locals that I trusted and took a risk with, and then the challenges that I had to overcome.

Sharing a dorm room in a hostel in Panama City with a constant influx of strangers for 5 weeks until I was allowed back into Colombia, and having to spend Christmas Day alone. How I coped when I arrived in an airport in Chile to realise that my flight had left the day before and I had to quickly revise my plans.

Aborting my Central American trip after a series of food poisoning, losing my camera and glasses, whilst grieving. To be able to go back a few months later and travel the country stronger and with a different mindset when it was the right time (you really do need to listen to your body when you’re on your own).

And even last year, when a trip into the Belarusian countryside could have gone very wrong but two strangers came to my rescue and turning up at the wrong place lead me to join two wonderful ladies who – by chance – had a spare ticket to opera in a castle that I wouldn’t have had the time to see if I hadn’t had gone to the wrong place.

My old expat life in Colombia

Watching Race Around The World has given me such fond memories of Latin America and especially Colombia, which I used to call home, and a gratitude for how much of the world I have left a footprint on. It's reminded me of how travel makes you grow, of how it makes you feel alive, and what travel really means; making connections and having experiences.

I feel really lucky to reached 100 countries solo at the end of last year but there is so much of the world still to explore. Travel gives me a thirst for knowledge and desire to know more. Travel has so many layers to it and it reminds me of how small we all are in this huge world.

This is what I miss: the adventure, the spontaneity, the overland travel where you’re crossing borders and don’t really know what lies the other side, the uncertainty, the unknown, the serendipities, the ‘figuring it out as you go along.’ The kindness of strangers, the moments you know you will never experience again in your lifetime, and most of all, the new version of yourself that emerges stronger, wiser, with a desire to conquer the world.

That’s what I miss….

What do you miss about travel?