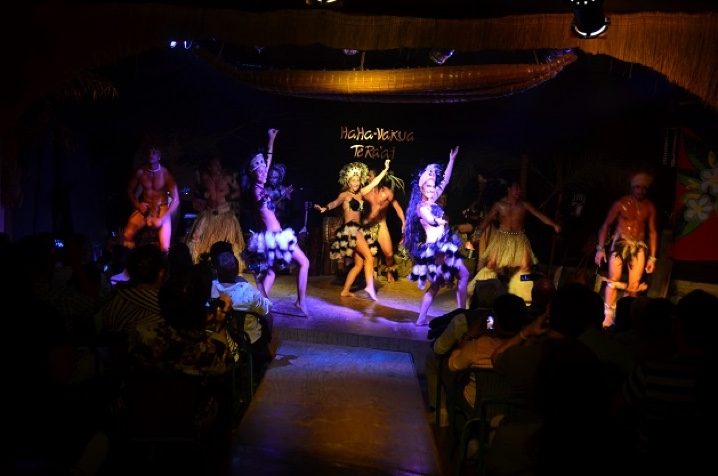 I couldn’t come to Easter Island without experiencing some true Rapa Nui culture. After spending two days exploring the island with my Easter Island Travel guide, I was ready for some traditional dancing.

Where better to enjoy some traditional dancing than at Tera’ai – an authentic gastronomy and Rapa Nui experience based on the island's culture. This ancestral cultural group performs an artistic show which spans through the history and culture of this magical island, known for its large Maoi statues.

It’s an island which is literally in the middle of nowhere. Six hours from Chile, and the same distance from Tahiti. To delve deeper into the ancestral culture of Easter Island, you simply have to see a show.

Only a few of the Rapa Nui now remain on the island. The rest of the islanders are either Chileans or other Latinos who relocated from the mainland. Like many cultures they have now become more modern, but that doesn’t mean that their ancient traditions are lost. 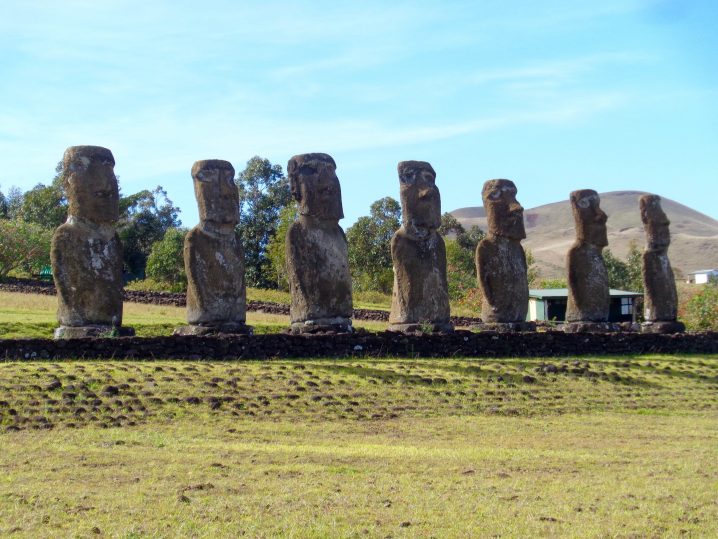 Inviting two others I had met to the show, we were picked up by a minibus along with other tourists staying on this amazing island.

Having gone for dinner beforehand, we had missed the “Rapa nui Curanto” the Earth Oven. This is the traditional way that their ancestors used to cook, underground with volcanic heat. A “Umu Pae” usually consists of either meat such as chicken, ribs, or sausages with sweet potato, squash, carrots, taro, potatoes, and seasonal vegetables. Sometimes fish is cooked too. After two hours of being cooked underground, the dish is served with ‘inaki’ (meaning accompaniments) of salads, rice, sauces and bread. 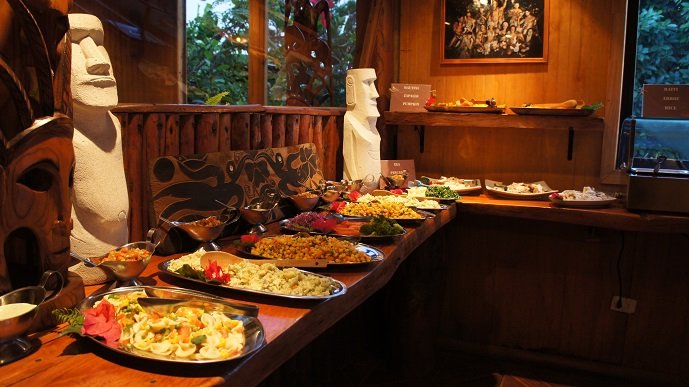 If you do come earlier to experience the dinner buffet, you also get desert as well as wine or fruit juice before experiencing a Curanto ceremony. This traditional reception covers a brief history of the Umu Pae and its meaning before culminating in a basic lesson of island dancing.

You can see the giant hole that it’s cooked in as you sit having your pre-show drink. Being handed a very welcome ‘welcome drink,’ we waited for our faces to be painted in the traditional art of ‘Takona.’ As half of my face was adorned with white stripes, I was beginning to get into the spirit of Easter Island, chatting to excited tourists getting ready for the show. 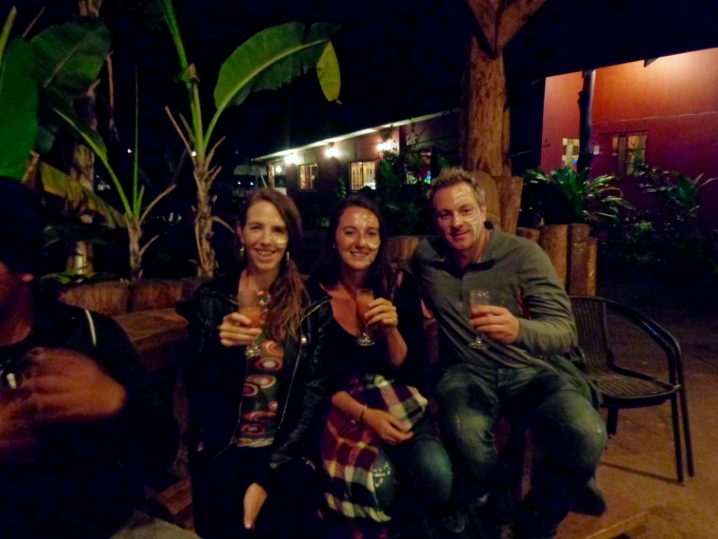 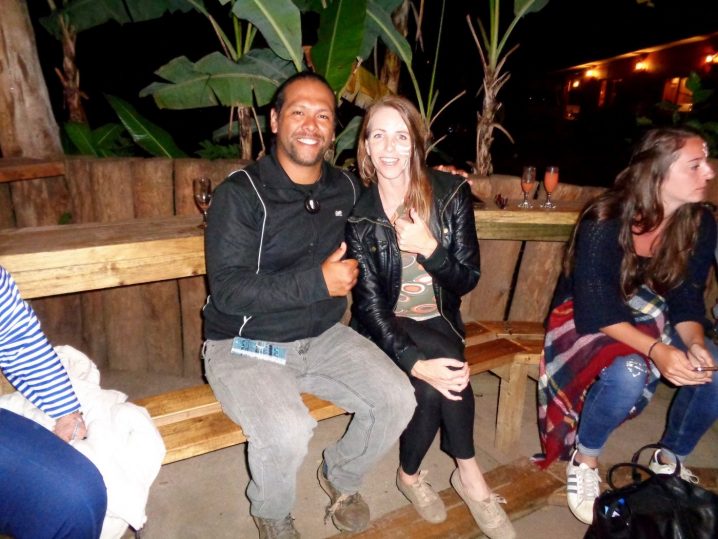 Then it was into the ballroom for the Ha-ha Varua, the traditional show. As I watched hunky men and beautiful women dressed in grass skirts with feathered headpieces, I was taken on a journey of the myths and legends of Easter Island. Each scene described beforehand so the historical figures and Rapa Nui memories could be brought to life.

As oiled-up chests were being banged to the beats, one of the songs reminded me of the Haka, a traditional war cry performed by the Maoris and also the All Blacks, New Zealand’s rugby team. Being part of the three islands which makes up the Polynesian Triangle, along with Hawaii and New Zealand, it made absolute sense. 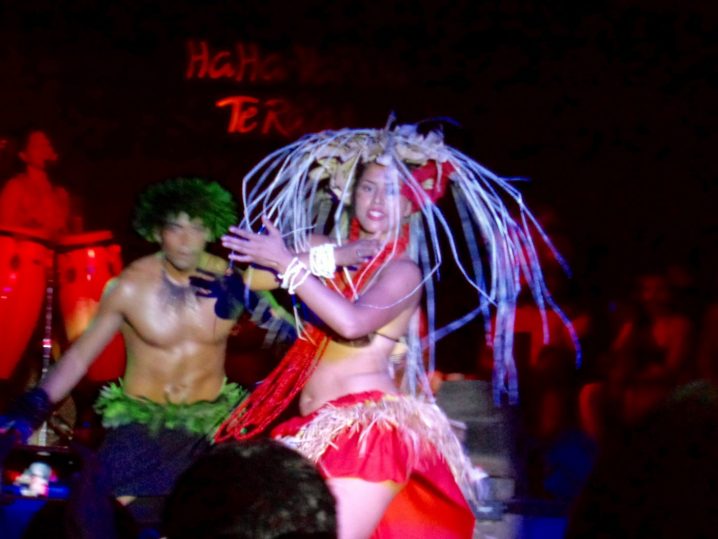 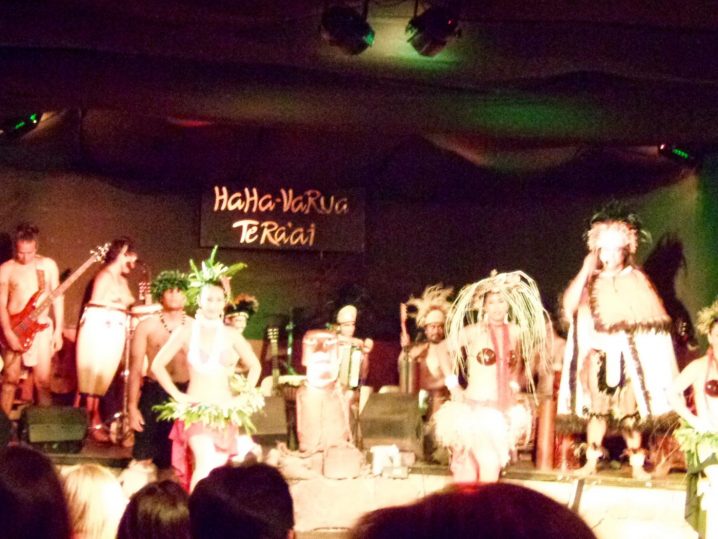 Beautiful dances came and went as the show reenacted stories from mythical times to the present day, capturing the audience with their movements and sounds. Even songs of love were aesthetically performed around a Maoi statue, the focal point for most of the performances.

At the end, if you’re as excited as I was to get my photo taken with one particular dancer, you’ll love the chance to go on stage and have your photo opportunity (yes I did choose the oiled-up one).

If oiled up men wearing grass skirts are your thing, then I definitely recommend coming to see this show – a musical insight into the myths and legends of the Rapa Nui people. 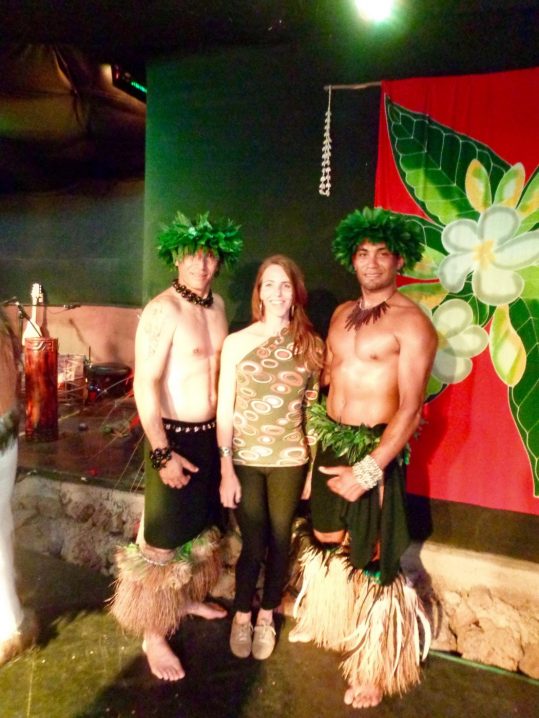 The Tera'ai show lasts for an hour and is a great insight into the traditions on the island. The commentary was in English but they also speak Spanish, Portuguese, Italian, and French. You can pre-book a minibus to collect and return you for a small additional cost. The show runs every Monday, Wednesday and Friday evening and costs 20,000 Pesos or 50,000 to include dinner. 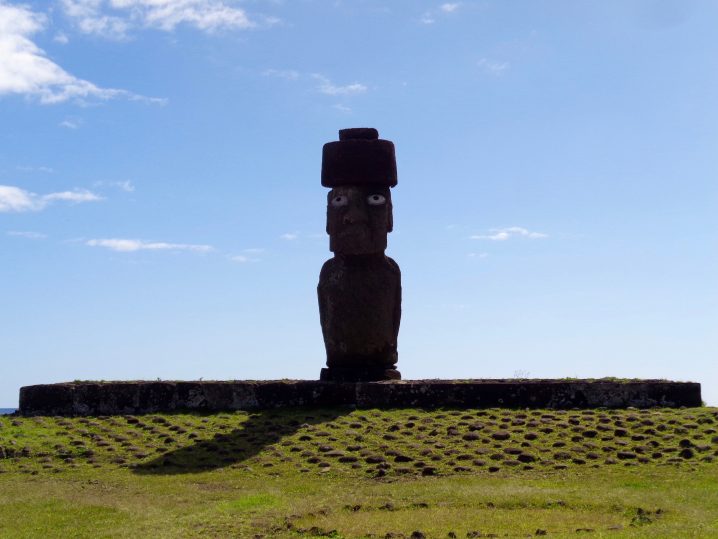 Where To Stay on Easter Island

Accommodation isn’t that cheap on Easter Island. I stayed at Hostal Mihira’s, which although was one of the cheapest at the time ($30 a night) and also clean, it was really noisy at night with dogs barking. I would look at alternatives such as Hare o Ahani from £28 a night for a single room with a shared bathroom.

N.b The hotel links are affiliate links. These are of no extra charge to you and Girl about the Globe gives 10% of all profits to children’s charities such as Save The Children and War Child. Thanks for helping x