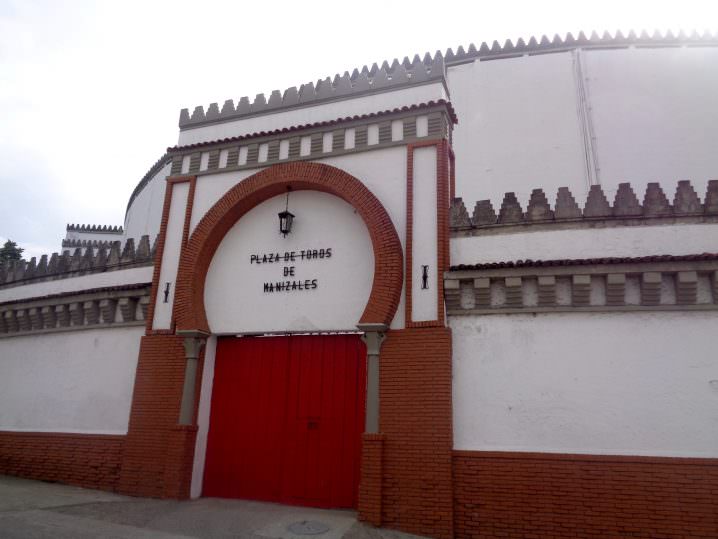 Bullfighting was introduced to Colombia in the 16th Century. I visited Plaza de Toros Manizales to find out more about bullfighting and its history.

Bullfighting was introduced to South America in the 16th Century with Colombia as one of the most important countries, but more recently popularity of the ‘sport’ has decreased and due to an anti-bullfighting movement, only four cities in Colombia still practice bullfighting. Manizales is one of those cities…

Being told to ring the bell by one of the administration staff, I found myself standing in front of two huge, red doors. Beckoned in by Juan Manuel who actually lives in the bull ring (along with his 3 children and 2 dogs), I intrepidly entered the Plaza de Toros de Manizales. 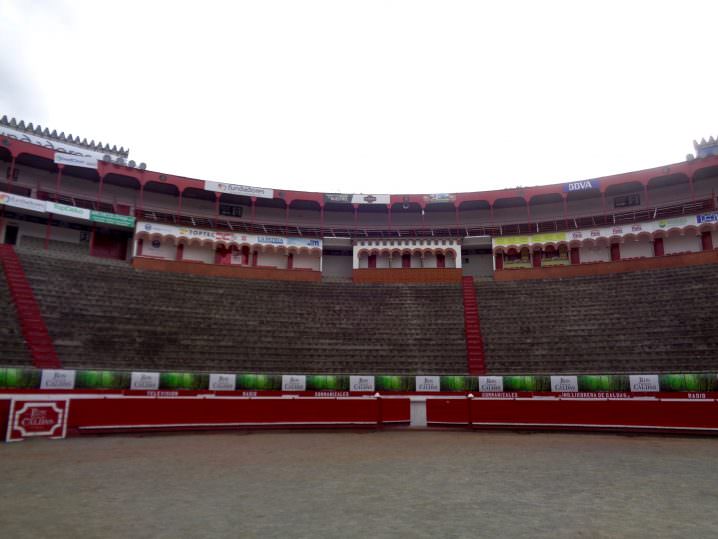 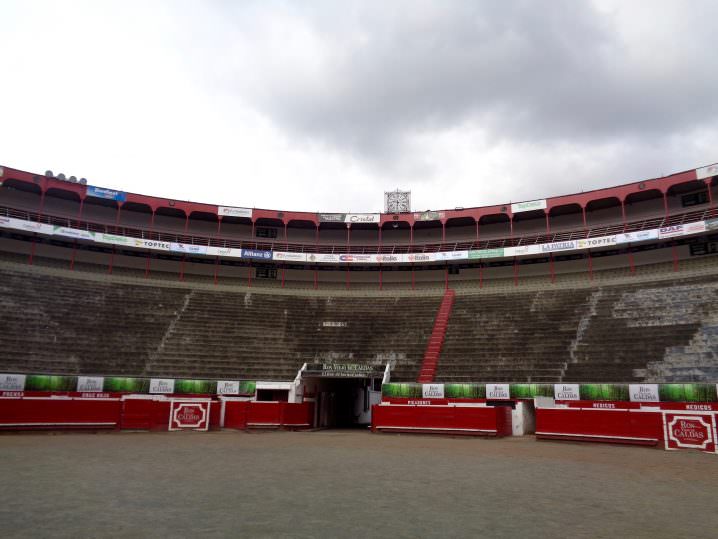 As I walked into the middle of the ring, I felt a strange quietness and an immense peace. I had a glimpse of the life of a matador, standing in the centre surrounded by a stadium of cheering fans. A huge clock stood high in the stadium facing the centre of the ring.

Moving away from the openness, I found myself being drawn to a dark corridor, the area where the bulls were kept before they were let loose to run out of their pen and into the auditorium. As I approached the door, the energy changed. I could immediately feel stress and anguish as I moved through the dark tunnel. Opening the thick stone door, I peered into the dark, dank room with only a small hole in the top for air. It felt like a haunted prison. I could feel the stress, the anguish that these animals would have endured for days before their fight. 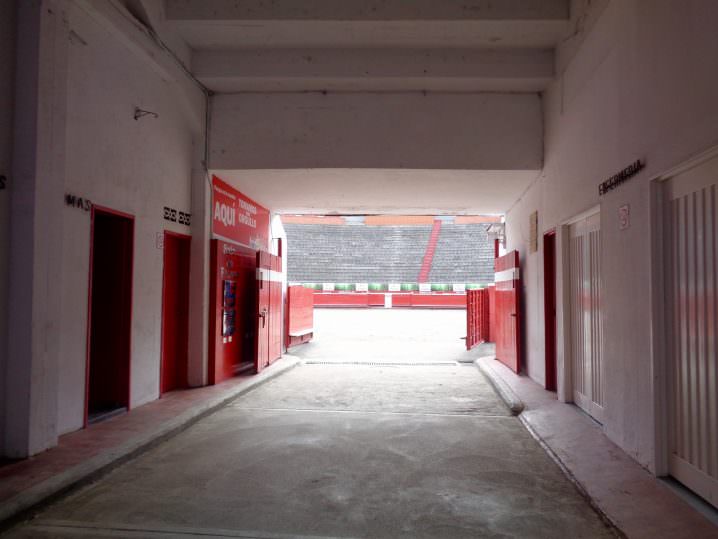 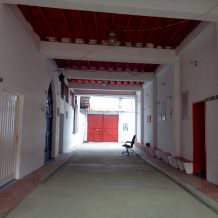 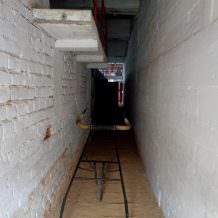 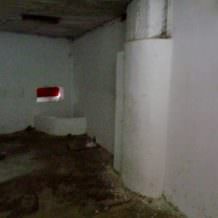 According to Stop Bull Fighting, the bulls are kept in dark rooms for days before the fight and abused to the point that they come running out angrily ready for the fight. The abuse they claim is vaseline being rubbed into his eyes to blur his vision, his respiration cut off due to cotton being stuffed up his nostrils and needles stuck into his genitals, as well as laxatives and other drugs administered to slow him down.

They say that “the bull that is seen in a bullfight is no longer healthy but a half-blinded, weakened and mentally destroyed version, whose chances of harming his tormentors is virtually nil.” 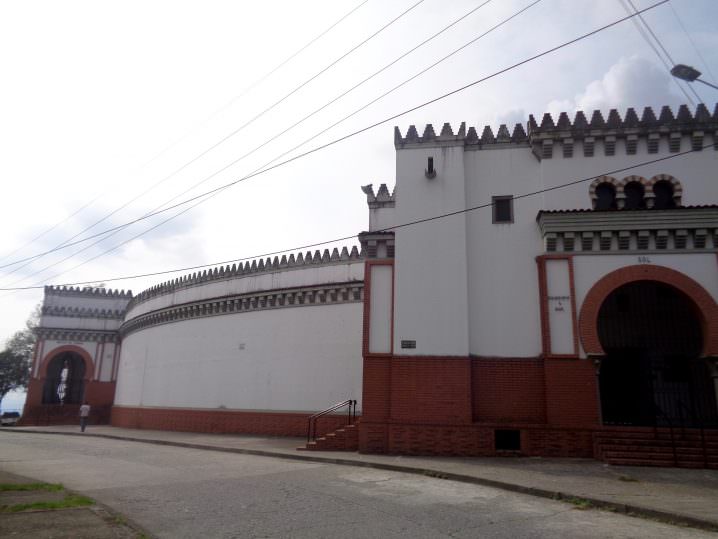 Claimed as an ancient sport, bullfighting dates back to the days of Ancient Rome. According to Spanish Fiestas, a bullfight is comprised of six bulls, two acts for the three matadors. A bull has to be at least 4 years old to take part in a bullfight.

Each fight lasts 15 – 20 minutes and consists of 5 different stages.

Wearing a silk jacket with tight trousers and a hat called a montera, the matador enters the ring, marching into the Paso double (the dance that you may have seen on Strictly Come Dancing/Dancing with the Stars), accompanied by the banderilleros.

As the bull comes out of its pen into the stadium, the matador uses his cape to create manoeuvres to greet the bull called ‘verónicas,’

The bull charges for the cloth, not because of its colour but because it is a moving target. Apparently, bulls are colour-blind.

This is where the picador comes in on a horse wearing a similar costume to the matador. They bear lances and after three lancings they place their coloured sticks (known as banderillas) in the bull’s shoulders.

A trumpet indicates the final part. Most of the gorings happen at this stage. The last act of the bullfight is called the faena. The matador tries to get closer and closer to the bull’s horns to provide more entertainment for the spectators. This is the act where the bull is killed. A blade must go between the shoulder blades of the bull as the matador hurtles over the horns. Most matadors learn the art of bullfighting at an early age and plunging the sword into the aorta region is called the “moment of truth.”

After knowing these facts, should bullfighting really be a ‘sport?’ 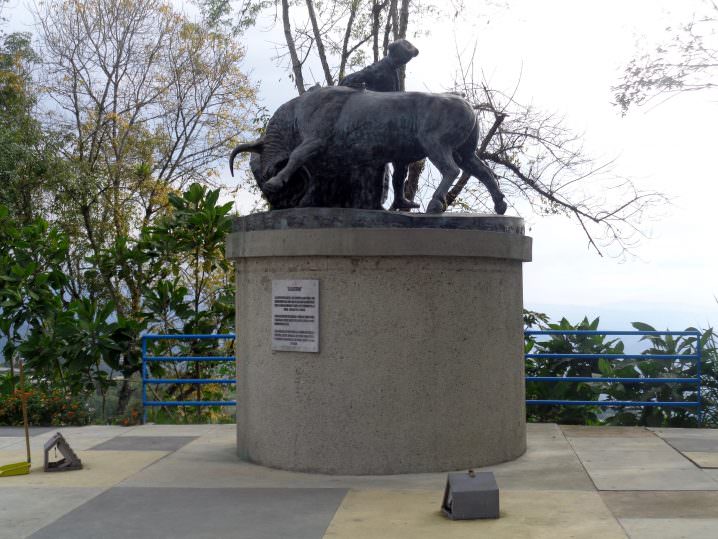 According to Right Tourism (who I work closely with), 13,300 bulls are killed in official bullfights each year. That’s the equivalent of 36 bulls a day. This doesn’t include the 200 horses which get gored by the bulls. Bullfighting currently takes part in Spain, Portugal, France, Colombia, Mexico, Venezuela, Peru, Guatemala, and surprisingly the USA.

I personally don't agree with bullfighting, and as I left the ring and said goodbye to Juan Manuel and his family, I couldn’t help but wonder if I should have really visited this stadium. Admittedly I didn’t hand over any money and I am not planning to ever witness a bullfight, or attend a running of the bulls. My visit here was to gain an insight into this ‘sport’ and a better understanding of what bullfighting is about.