It was once one of the poorest areas in Medellin but walking around the neighbourhood of Comuna Trece admiring the street art, I tried to picture what it must have been like for the residents just three years before.

As well as one of the poorest, this had also been one of the most dangerous areas in Colombia's second biggest city. Cut off from the rest of the city, the 12,000 residents felt like outsiders until a giant regeneration project took place and transformed the area to one of the most colourful. 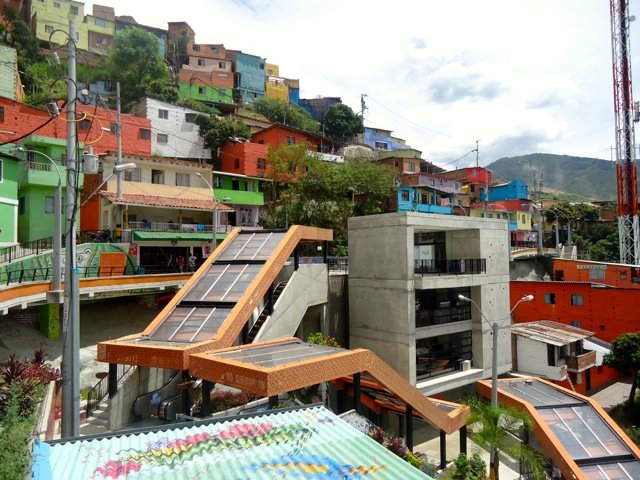 Many residents were paid to leave the area as houses were knocked down to make way for a 385 metre escalator, providing a well-needed transport system for the residents of the comuna (a term given to describe one of the toughest area of the city). Now the residents are made to feel part of the city and also safer in their own homes. 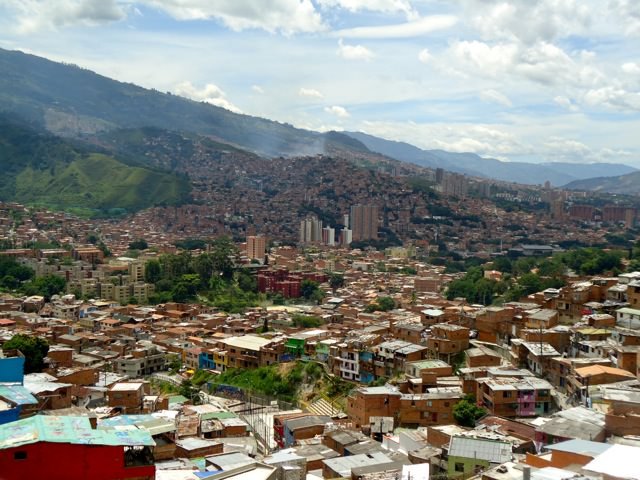 From here, the views of the city are simply amazing. We pass children as they say “buenas” and continue their journey up, one that is only a mere six minutes ride inside of a climb, the equivalent of a 28 storey building as it was once before. 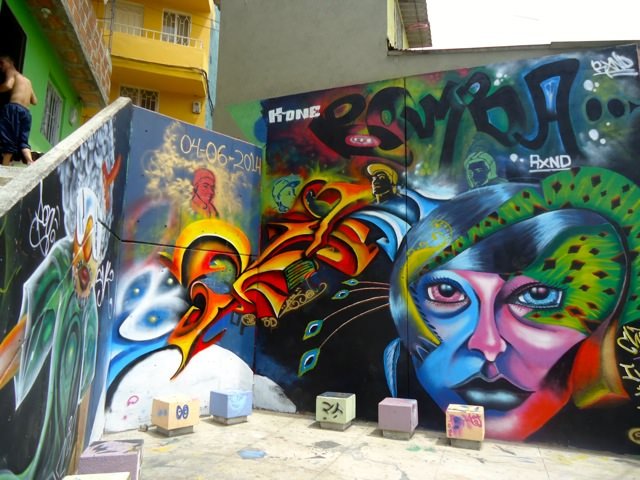 The project cost £4 million but the six section escalator isn't an overnight success as petty crime still lingers here, but the area feels safe and looking at the street murals, it's also incredibly creative. 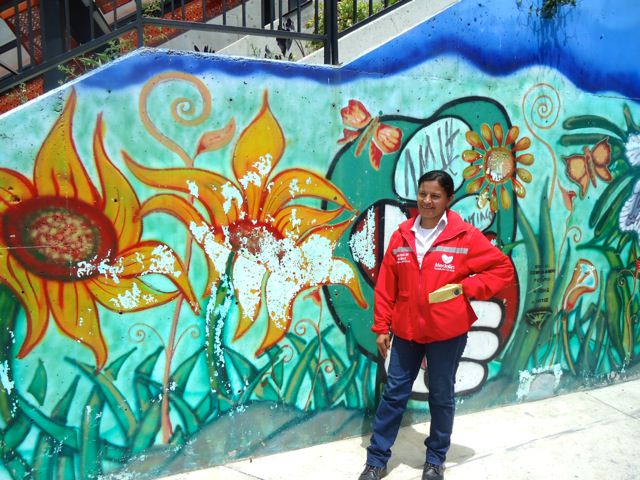 Ada, the security guard taking us around (I teamed up with another solo traveller for this day trip) explained more about the art, and some of the artists had come all the way from Mexico to paint the concrete walls. This mural of a lady's face took three days by a Mexican artist (and it's pretty tall). 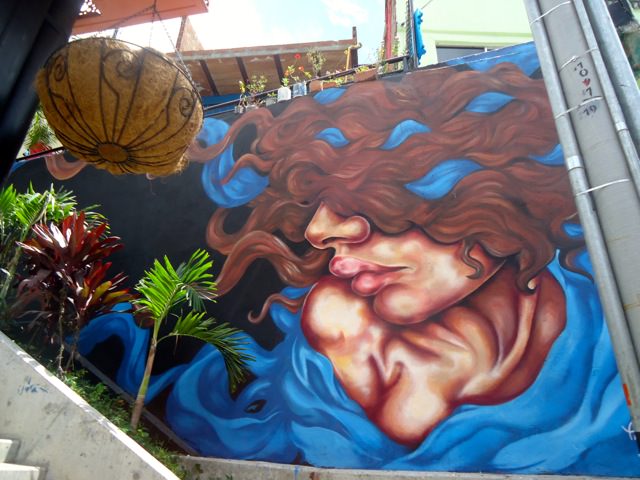 But they also kept some of it within the comuna. A 24 year old local girl called Kiki produced this colourful peacock. And it didn't stop there, even an image that resembled a Banksy was present on the walls. 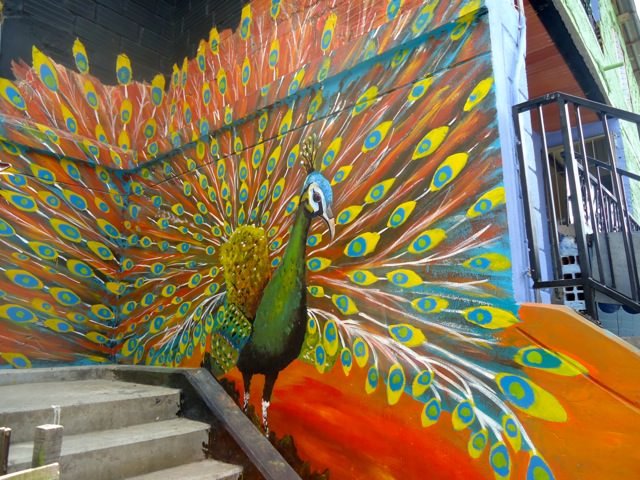 But there was no more time for art, as I spotted a giant slide that was just longing to be slid down and giving into my inner child I dragged Ada in her security outfit with me and after a “Uno, dos, tres, vamos,” we were off gliding down to the bottom.

Then in no time at all, we’re back up at the top of the outdoor escalators, and wanting to go back down and experience it all again. So we did… 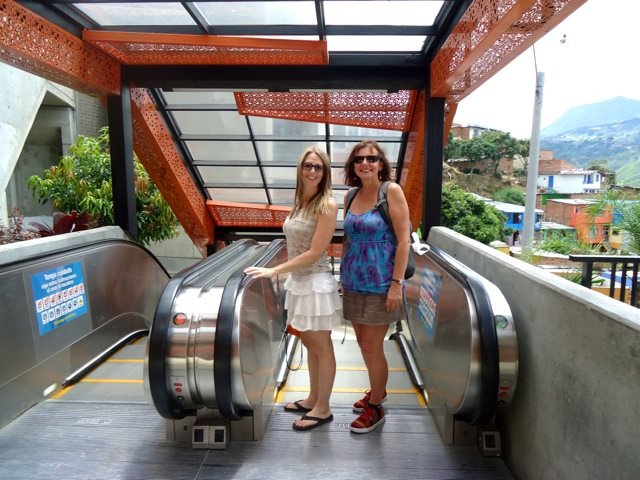 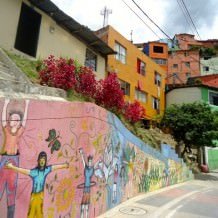 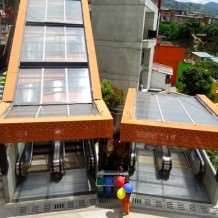 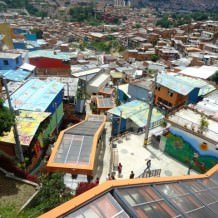 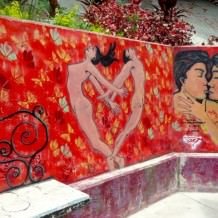 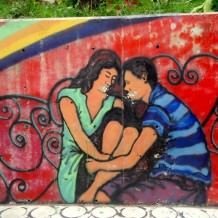 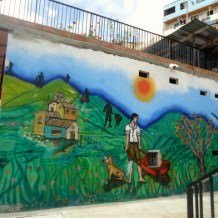 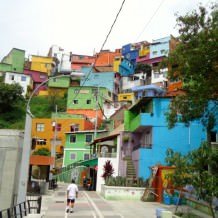 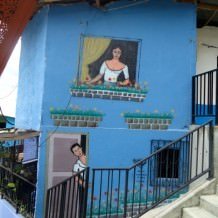 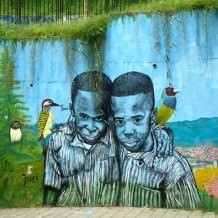 How to get there:

From Medellin, take the metro to Santa Elena, then switch to San Javier also on a metro line. You then have to take a local bus to the area so cross the road for the buses heading to the right and ask the driver if he goes to the “escaleras mecánicas.” The escalators are free to use and if you're lucky, you may get a security guard to accompany you.