This week’s expert interview is with Sarah Arnold. Sarah is originally from Co. Fermanagh and has lived in Northern Ireland for the last 26 years. She gives her advice as a woman travelling alone to NI.

I am a part-time statistician and I do freelance work around this. I started The Sarah Story after travelling around Australia and south-east Asia when I realised the negative perceptions people have about my home country. I have travelled alone, as a couple and with friends. Aside from N.I, my favourite place is New York City; I spent time here when I travelled solo in 2011. 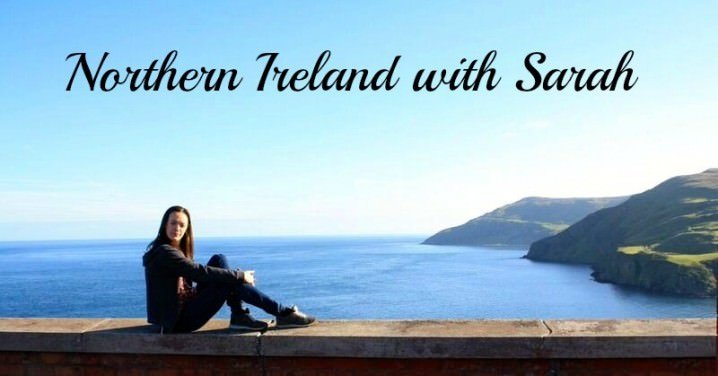 What drew you to Northern Ireland?

I guess my parents did. I did not have a lot of choice, but I choose to have Belfast Ireland as my base now. I love how you are never more than five minutes from beautiful scenery and I may be biased but I do not think there are friendlier people in the world. 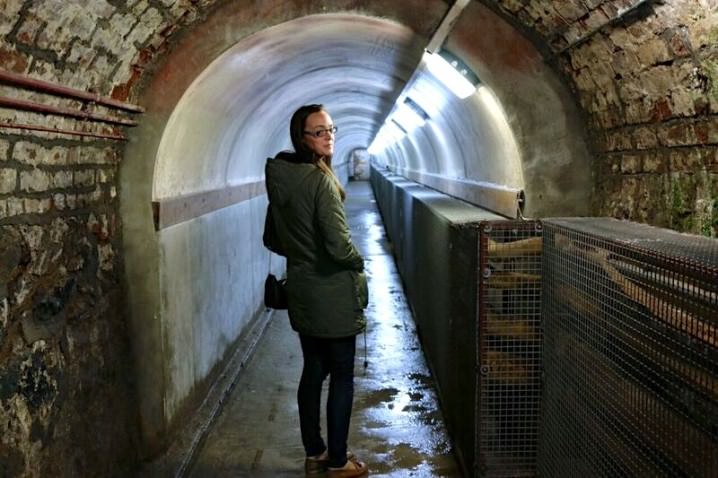 Northern Ireland is cheaper (unless you are purchasing fuel). Dublin is an expensive city; Belfast is peanuts in comparison. Northern Ireland is still relatively new for travellers to explore, but there are new museums, restaurants and tour operators opening their doors all the time. Also, Game of Thrones is predominately filmed in NI…. I believe that sways some people to visit.

Northern Ireland has had a turbulent past. How is the political situation now?

Like everywhere, most people are moderate. There are some people with extreme views, but they are not supported by the majority, so their voice is minimal. N.I. is now worlds apart from what the country was like in the 70s and 80s.

Titanic Quarter in Belfast with Samson and Goliath (the cranes that helped build Titanic), Titanic Belfast (the museum shaped like and about the ship) and two large oil rigs that Harland and Wolff have been working on (the company that built Titanic).

It makes me happy to see other women walking around Belfast with backpacks. I notice how they have increased as well. Northern Ireland is a great place to come and relax.

I would recommend each traveller to spend time away from Belfast. Most people go to the north coast to see the Giants Causeway, but the Fermanagh Lakelands are a must see. There are three stunning National Trust properties and the Marble Arch Caves rival any other formation worldwide. 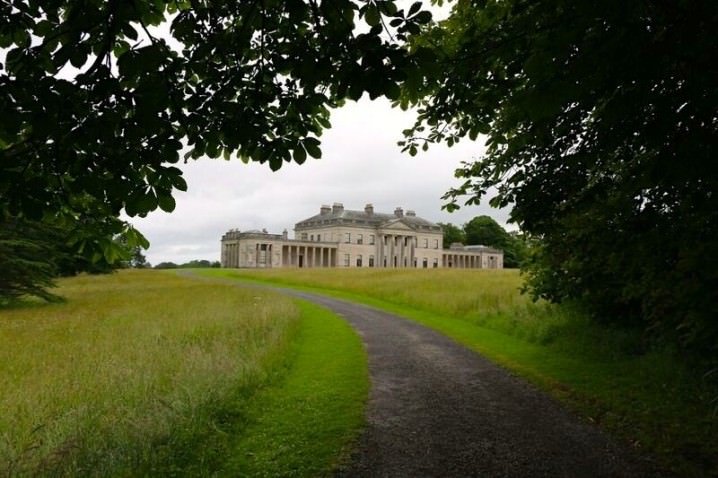 I am interested in history and the great outdoors (I am also a massive Game of Thrones fan), so my itinerary would suit others with similar interests.

I would begin my trip by spending a few days in Belfast, visiting places such as the Crumlin Road Gaol and delving into some Titanic history. As well as Titanic Belfast you can get a tour of the dry dock the ship stayed in before its launch and you may avail of a tour of the SS Nomadic (another White Star Line ship that transferred passengers to the Titanic at Cherbourg).

In the evening, you can spend your time in some traditional Irish bars if you want an Irish feel. Otherwise, there are many comedy clubs with local talent. The Queen's Film Theatre is Northern Ireland's only independent cinema and there is always something different there.

I would drive up the Causeway Coastal Route to get to the north coast, stopping off at Torr Head along the way (you should be able to see Scotland). Here there are multiple sites around including the Giants Causeway and Carrick-a-rede rope bridge.

Game of Thrones fans will want to visit Ballintoy (Pyke) and they will instantly recognise some of the landscapes. I recommend a sunset trip to ‘The Dark Hedges'. There are also many beautiful restaurants to choose from here.

I would recommend then visiting Co. Fermanagh, but not before stopping in Londonderry to walk the Derry walls. In Fermanagh, it would be a great idea to stop at the Lough Erne Resort for some well-deserved spa time. When you are rejuvenated, visit Florence Court house before going to the Marble Arch Caves. If you still have some energy, walk up the new path in the Cuilcagh Mountains. 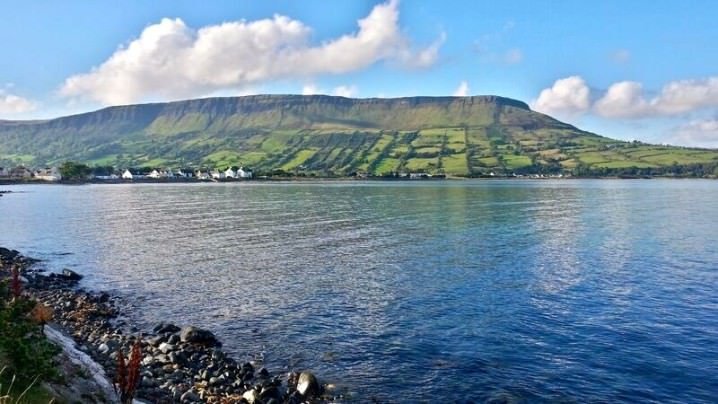 Glenariff, a village along the Causeway Coastal route

If you are driving, you can get anywhere in the country within 90 minutes. Public transport is reasonable; Translink provides rail and bus services throughout the country. The real winner is the Belfast bikes (£5 for three days, £20 for a year) situated around Belfast city centre. Belfast is a small city that is easy to walk around.

Plenty! I love going to see films, and usually, do that alone. People are friendly, so if you go somewhere alone, chances are you will not be solo for long. 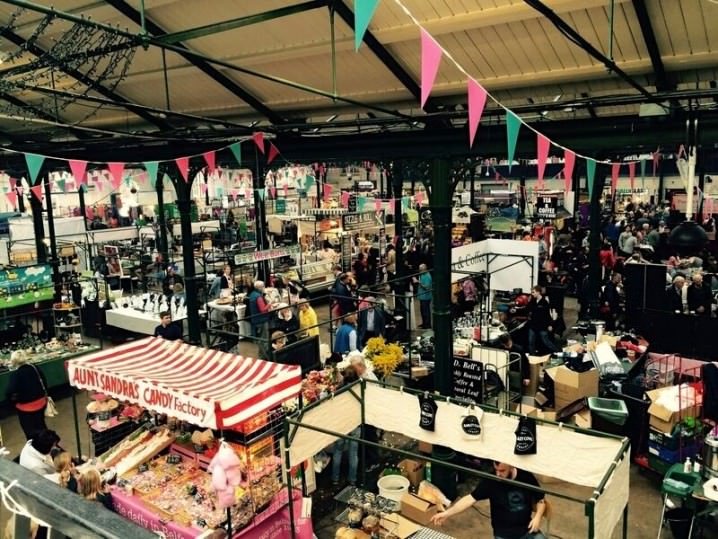 A view of St. George's Market in Belfast

Hostels are often full of travellers with many people travelling solo. There are a wide variety of travellers in Northern Ireland.

I personally don't like ‘Troubles tourism'. I don't like the tours around the ‘peace walls' and murals. These tours can skew the view of the traveller (it is not an accurate representation of Northern Ireland), and leave a negative vibe.

What would you say to someone who is looking to go to Northern Ireland alone for the first time?

Go; it will be great craic! Send me an email if you do go and I'll help you in any way I can. 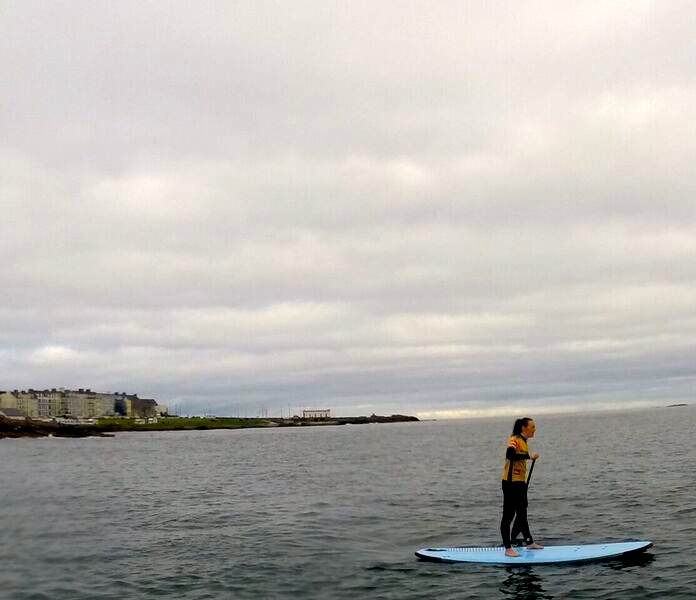 I want to continue my dream of working remotely so I can go to all ends of the globe. It's looking good! 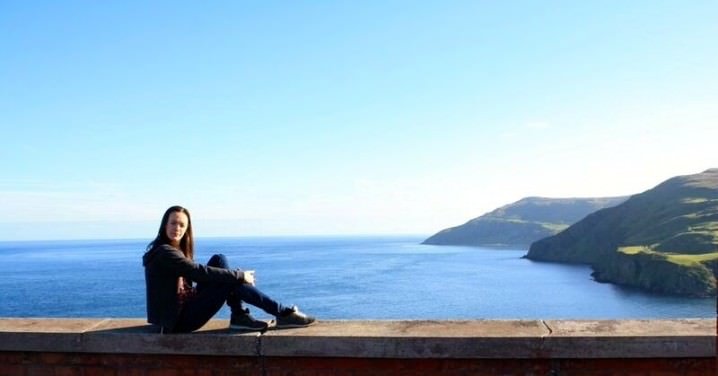 Me, chilling out at Torr Head.

2 thoughts on “Northern Ireland with Sarah”