Nepal is an amazing country for trekking. In this article, I share my experience of trekking in Nepal. From yoga trekking to hiking Nagarkot. Get a discount on Everest Base Camp treks too!

‘Have I got a leech?’ asked one of our group calmly.

Our tour guide lifted up her trouser leg to the sight of congealed blood that covered her sock.
‘Yes,’ he said. ‘You have.’

Leeches are really common in Nepal and the worrying thing is that you don’t even feel them. The only way to remove their glued-on bodies is by burning them off your skin. Luckily for two of our group the leeches had already fallen and were nowhere to be seen.

We were on a two-day tour of Nagarkot, taking in the sights and trekking this lush area. Out of the rainy season, it’s possible to see the peak of Mount Everest from this viewpoint but today this famous mountain was hidden amongst clouds. 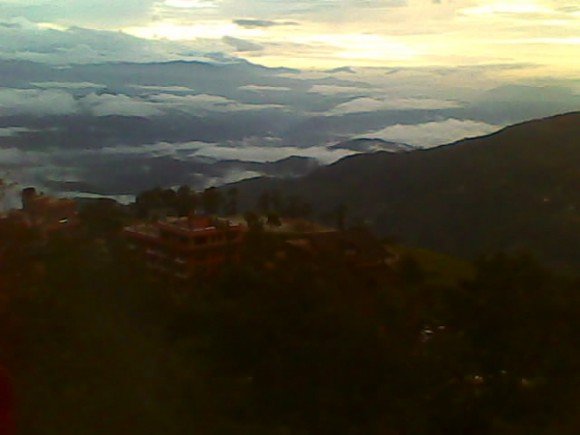 We had been trekking all day past small villages with cows, chickens and goats and other trekkers. We had nearly made it to our final stop to get the bus back to Kathmandu when the rain came and with it the chance of more leeches. 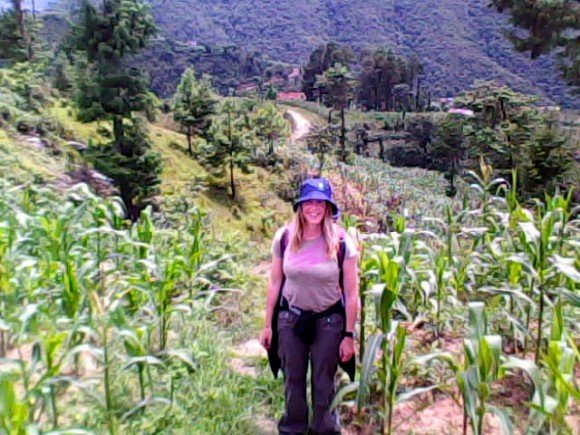 In amongst the corn in Nagarkot (whilst it was sunny)

The ground turned into muddy rivers that soaked our feet and we each walked slowly manoeuvring around the rocks and slippery mud. It had started so warm and sunny but now the heavens had opened and monsoonal rain flowed through the plains.

Finally, we made it to our destination soaked and covered in muddy wet clothes. Still, that’s why it’s called the rainy season! 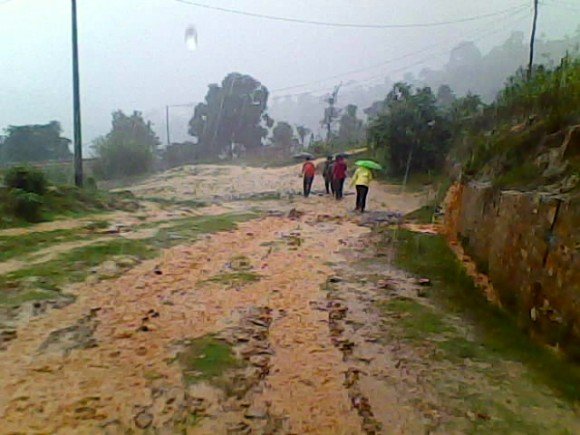 Picture the scene: a scruffy-looking English girl running aimlessly through the streets of Nepal, closely followed by a long-haired bearded fellow in a flowing orange robe. We were Nepal's answer to Batman and Robin only instead of searching for crime, we were searching for the tourist bus to Pokhara. It was 7.20 am and the bus was due to depart at 7 am but this was Nepal where even tourist buses run on Nepali time.

I had signed up for four days of yoga trekking in Nepal. Always one to try something new I was intrigued about this relatively new concept, which came with a tour guide and my very own yogi. We were off to explore Pokhara, a beautiful part of Nepal surrounding a peaceful lake.

For the whole four days, I was immersed in yoga philosophy and practice, waking each morning at 5.30 am to practice yoga as the sun rose over the mountains. In the evening it was meditation and some well-deserved relaxation after hours of trekking. We stayed in local tea houses, ate local food, travelled by local buses and also managed to squeeze in a bit of sightseeing. And after four days I was ready to go back to the nunnery, refreshed and peaceful with aching limbs. I definitely recommend it. 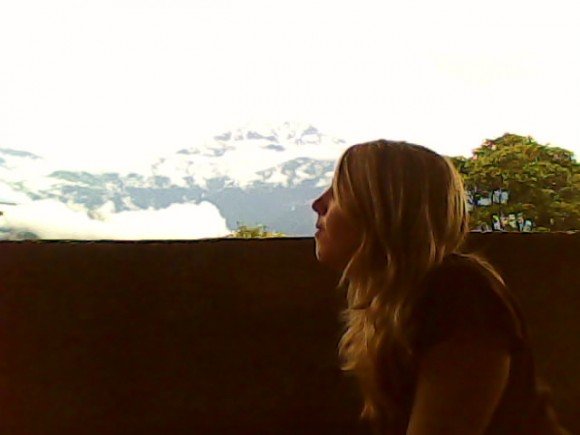 Yoga by the Himalayas

Standing amongst fluffy clouds as they drifted gently past my nose I was mesmerised. The sound of donkey bells gently rang in the distance and a crickets orchestra sounded beneath me.

Then one by one the mountainous peaks of the Annapurna Himalayas revealed themselves to me. Each one different from the next, standing taller than the sky, higher than I have ever seen. Sheer cliffs of rock towering at the top of the world dusted with creamy peaks enticing you to climb these monstrous beasts.

Trekking in Nepal is more than just Mount Everest. The country is a trekker's paradise and has 8 of the 14 Himalayan ranges. Since it opened its doors to tourism in the 1950s many brave souls have come to conquer some of the most dramatic landscapes on Earth. But some cannot be conquered although many have tried and tragically failed. 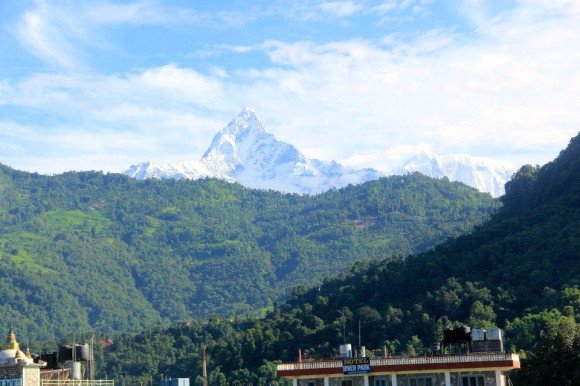 Fish Tale – the largest mountain in the Annapurna Himalayas

Trekking in Nepal is really special and if you do go to Nepal to conquer Everest (Everest base camp that is), Heaven Himalaya offers Everest adventures from 5 days to one month. The trip includes the Khumbu district of Nepal and a trip to Lukla passing sherpa towns along the route. Included is your return flight from Kathmandu to Lukla, ground transportation, accommodation and 12 daily meals plus permits and National Parks.

Trekking Everest Base Camp is a once-in-a-lifetime experience. Their 14-day trek costs from $1350 and you can save $40 on each trip when you mention ‘Girl about the Globe.'

* Check details for the Everest Base Camp Trek