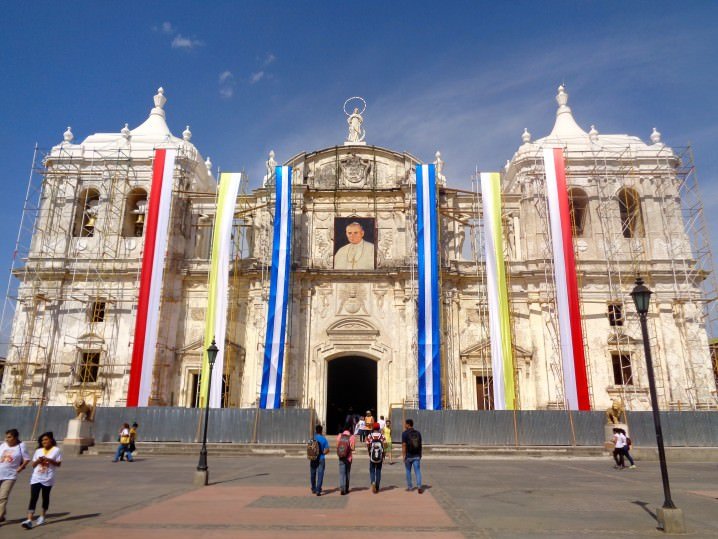 Deciding to bypass Managua meant that I had more time to spend in Nicaragua’s second largest city – Leon.

Leon was founded in the early 16th century and is one of the oldest cities in the country. As much as I love Granada, Leon comes a very close second on my Nicaraguan travels. With a large university, Leon has a student feel and attracts backpackers. There are many volunteering projects here which also makes it popular with those wanting to give something back to this Central American country.

With so many churches and cathedrals to explore, what else is there to do in this colonial city? Here are my top 5 things to do in Leon:

1. Be Blinded by the Leon Cathedral 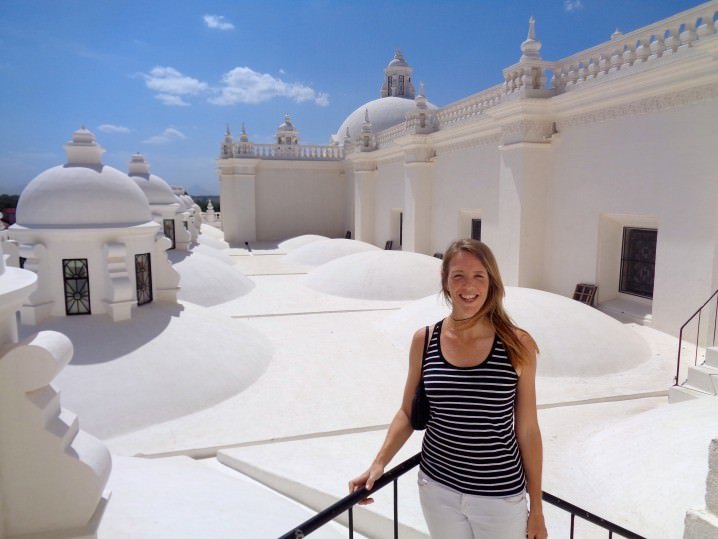 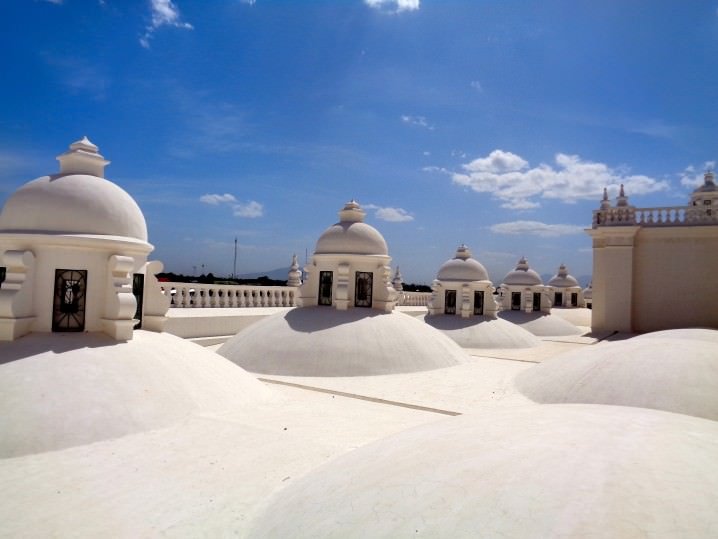 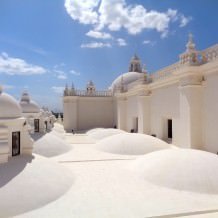 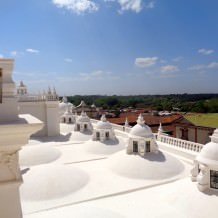 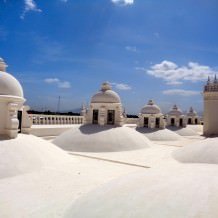 Okay so it is a cathedral but with Basilicia Catedral de la Asuncion being the main focal point in Leon, you simply have to visit it. Apparently it took a whole century to build and is the largest church in Central America. Even if cathedrals aren’t your thing, the top is just breathtaking.

You can see all the volcanos in the distance, including Volcan Telica (the one which erupted the day before I had arrived) but the best thing is that you can remove your shoes and walk along the roof of the cathedral and feel as though you have been transported to some other world.

Not being so blinded since I visited the Salt Flats in Bolivia, the surface of the roof is just so white that the whiteness will dazzle you. Just don’t forget your sunglasses! There is a door to the left of the cathedral which you need to knock on to pay to go to the top. 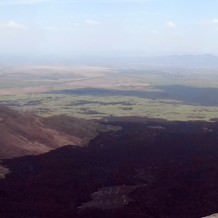 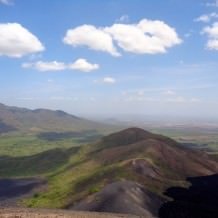 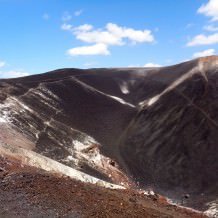 You simply can’t come to Leon and not volcano board. Not for the faint heartened, if you are an adventurous solo, a visit to Cerro Negro should definitely be on your bucket list. Over 700 metres high, it takes an hour to climb Cerro Negro, an active volcano, and less than five minutes to board back down. If you are staying in a hostel, ask your hostel to arrange the trip or book online. Check out my video and volcano pictures in Leon here.

3. Visit the Myths and Legends Museum 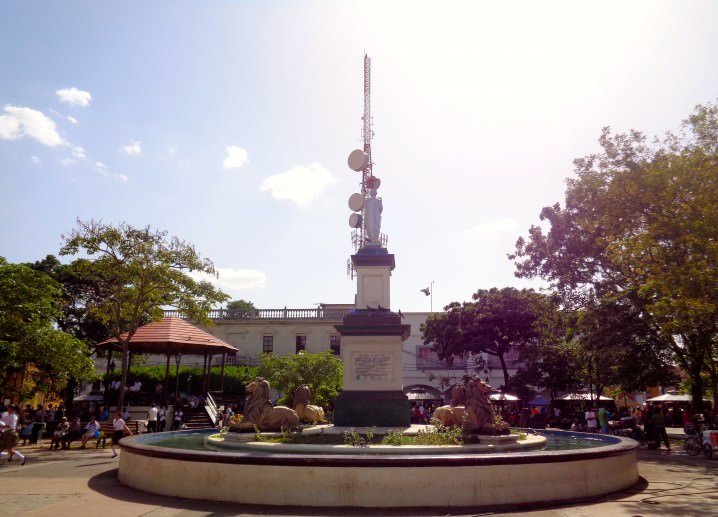 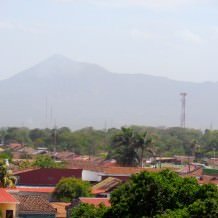 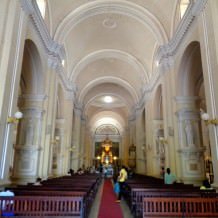 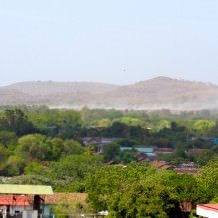 The Myths and Legends museum is the brain child of a local woman who founded the museum to educate the generations about the traditions of Nicaragua. You’ll find puppets of Nicaraguan legends such as the witch-pig and the golden crocodile. But what makes this museum even more interesting is that the building it is situated in was used as a prison from 1921 to 1979. As history tells it, these were the most brutal years within the former prison walls and paintings on the prison walls depict this. Discover legends and tales that are centuries old within this fascinating museum.

4. Spend Time in the Museum of the Revolution 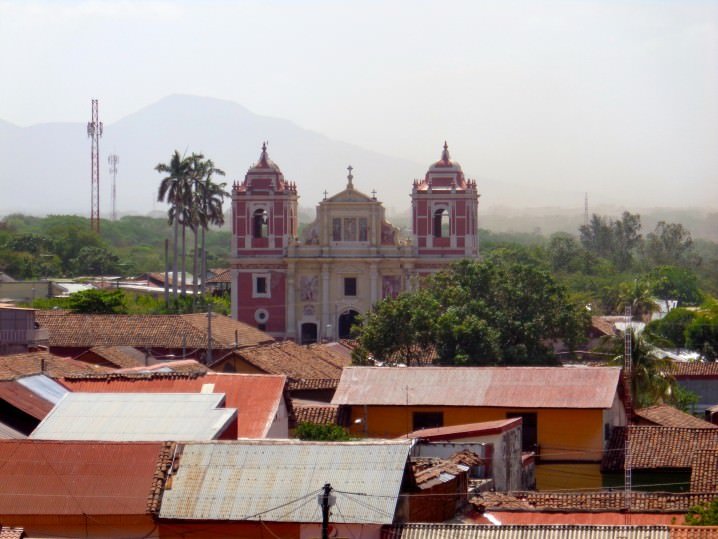 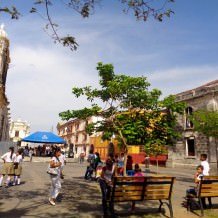 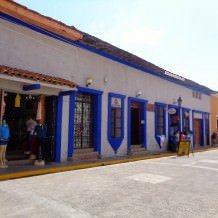 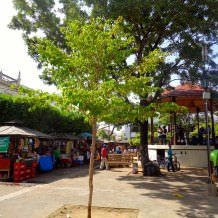 If you fancy a history lesson about Nicaragua, the Museum of the Revolution is a museum dedicated to the bravery of the revolutionaries who fought to liberate their country. Located in the centre of Leon, opposite the cathedral, the museum is a former palace which belonged to the Somoza dictatorship, a political dynasty who once ruled Nicaragua between 1936 to 1979. Veterans who fought in the revolution act as tour guides and will show you the photos, books and other memorabilia of this nation’s history. 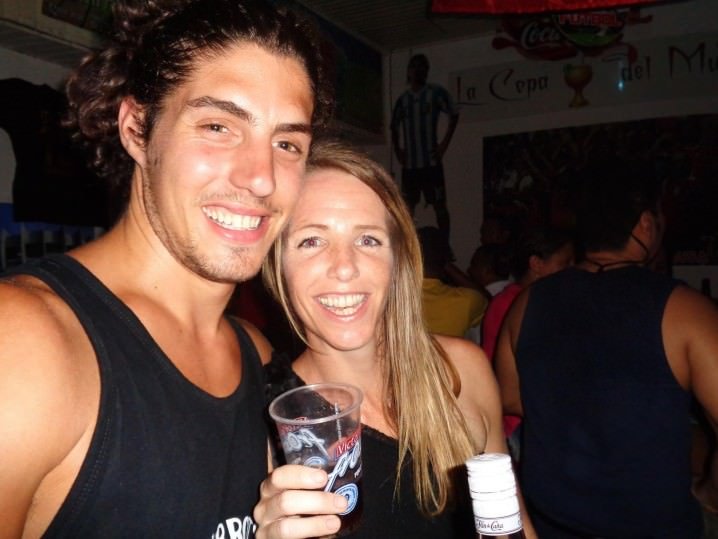 You don’t have to arrive in Leon on a Friday night to experience the nightlife of this university town. Thanks to the hoards of students living here, going out isn’t just limited to the weekends. If you prefer live performances, the Teatro Municipal is the best place and offers live music as well as theatre shows, or pop down to the Snake Bar with live music on Tuesdays and Wednesdays.

Some bars show live sports during the day so you can start even earlier and meet others to bar crawl with. Most bars are open until 2am and play a mix of Reggaeton, bachata and pop music. Be beware, Nicaraguan rum (the clear one) is strong! 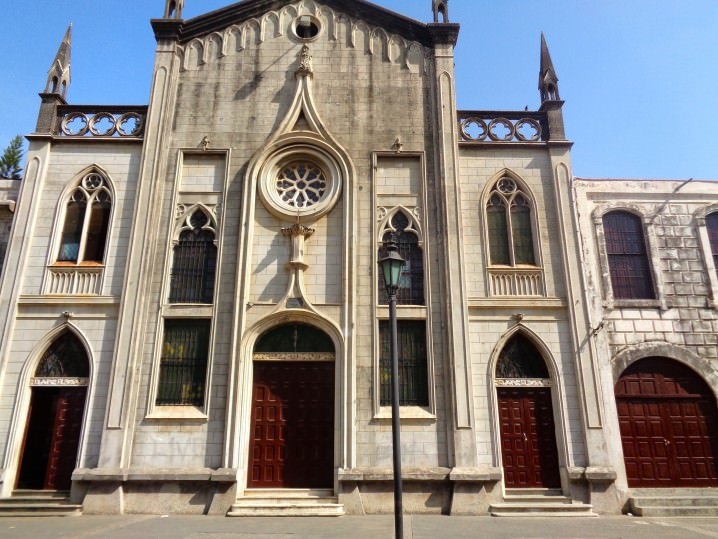 Did you know that there is a beach here? Neither did I but the Surfing Turtle Lodge arranges daily beach shuttles for when you want to cool off from the city. Apparently they arrange beach parties too!

Being a solo woman in Leon, I found I attracted more attention here than in the other places I visited in Nicaragua. Even the school boys would make gestures. Just ignore the cat calls to avoid any attention.