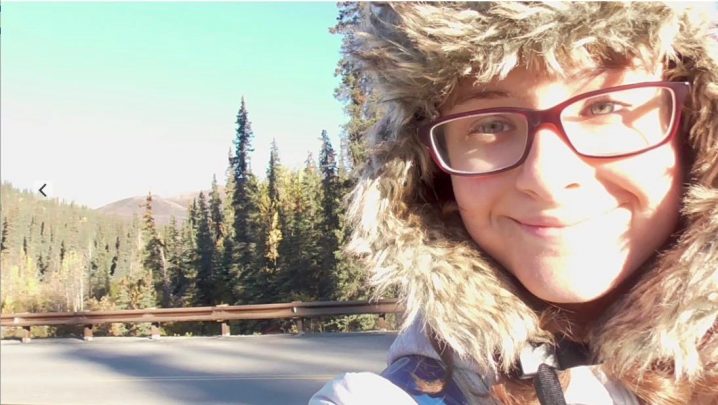 This summer I embarked on an interrail trip of Western Europe. Armed with my mum’s twenty five year old backpack, I planned to go from Munich to Barcelona with a handful of stops in between.

Interrailing is fantastic as you can experience completely different cultures and a whole host of interesting people in such a short space of time.

But for this article, I want to talk about my least favourite stop: Montpellier. It’s not so much the city’s fault that I had a negative experience there, it was my series of unfortunate events that made for a difficult time. Hopefully you can learn from my mistakes, as I work out what I could have done to be more #TravelAware.

I travelled to Montpellier from Luxembourg. The trip had two changes, but I was held up from the get go as thunderstorms delayed all trains. What’s more, I had to pay extra as reserved seats were mandatory on these trains; no standing allowed. This is most certainly something I should have researched first!

TRAVEL TIP: Print out travel details before starting your journey.

“No matter”, I thought, “Plenty of time.”. I stood for twenty minutes while the kind lady at the ticket office found me seats on a series of trains to France.

I reached the station of Metz, where the first delay hit. Two nervous brioches later, a train finally appeared, and I was en route to Paris D’Est. I sat nervously on the train, knowing that the changeover window was getting shorter and shorter. At Paris D’Est I had to catch the final train from Gare de Lyon, on the other side of the city. I was nervous, and irrationally angry at myself for my bad planning.

TIP: Always leave enough time in between trains and have enough money available for emergencies.

Finally, my train pulled in; I had twenty minutes to reach Gare de Lyon to catch my connecting train.

It's important to note in busy stations to keep a close eye on your belongings. In stations such as Paris, pickpockets can thrive. I reached the metro station and floundered magnificently, hopping between different ticket queues before finally settling on what I believed to be the fastest one. Spoiler alert: it wasn’t. Finally I bought a metro ticket and confidently strode through the barriers. My ticket was rejected so all I succeeded doing was head-butting the metal bar. The throbbing bruise on my head echoed the aggressive thumping of my heart – I now had less than fifteen minutes until the last train to Montpellier left.

TIP: The world doesn't revolve around you, acknowledge when things go wrong and don’t take it out on others or yourself!

I sped up the stairs to platform 1 from which my metro departed. Eight minutes left to the train. Feeling rather like Keanu Reeves, I contorted my body and backpack in one graceful motion to get through the doors before they shut. I breathed, and sat down…

Only to shoot back up as I realised I was on the metro going the opposite way.

Swearing to myself, and sweating buckets in the Parisian heat, I got off at the next stop and caught the right metro from the opposite side of the platform. Five minutes until the last train to Montpellier.

At this moment I was convinced I was going to miss the train and be stuck in Paris. Having no idea about hostel availability this late in the day, I was mentally planning the best way to camp out in a 24 hour McDonald's all night.

Channelling my inner Usain Bolt, I ran like I had never run before. Elderly people, small children, dogs on leads – my heavy-footed, ungraceful charge had people darting out the way, possibly fearing for their lives.

Now things were a blur as time trickled down. Thirty seconds. Up the stairs, towards the sign for platform 4. The crowds cleared…

And there was an empty platform. My heart dropped. I dejectedly looked at the departures board, assuming I had misjudged the time by a few minutes….

…Only to find out the train was delayed two hours. I could have saved myself a lot of stress if I had just checked the travel information updates on the train ride from Luxembourg instead of using up my battery to listen to the La La Land soundtrack on repeat.

TIP: Invest in a portable charger.

I arrived in town at around 11pm, and was initially excited by the busy streets and electric vibe of the city. As the streets got more deserted I eventually found my hostel down an alley. Arriving late meant there was a lot of people loitering near the door and I was clearly struggling to find the entrance so felt rather vulnerable.

I think it is integral as a woman travelling alone to take logical precautions before travelling. Even in somewhere like Europe which often feels quite familiar, it can still feel scary as a lone woman when things seem to be going wrong. There’s some great advice for women travelling alone, so read up before you go!

TIP: Arrive at your hostel early if you can, and try to find as central one as possible.

I found an unlocked door and an unmanned reception. After waiting around I was eventually checked in and given a dorm room. Initially I had to return downstairs as they had forgotten to give me sheets, then I passed out after the day’s adventures.

The next day I went to shower in perhaps one of the foulest rooms I’d ever been in. I stood in a layer of dirt for my shower, and wished I’d invested in flip-flops. There was no gender segregation for bathrooms or bedrooms. The next night four boys were put into my dorm and noisily came back having lost their key at 4am.

TIP: Have the confidence to ask to be moved somewhere difference: it's the hostel’s job to accommodate you!

After being awoken at 6am by someone being violently sick in the bathroom, I decided to sign out early, and catch an early train to Perpignan where I was fortunate enough to have the best hostel experience of my trip. 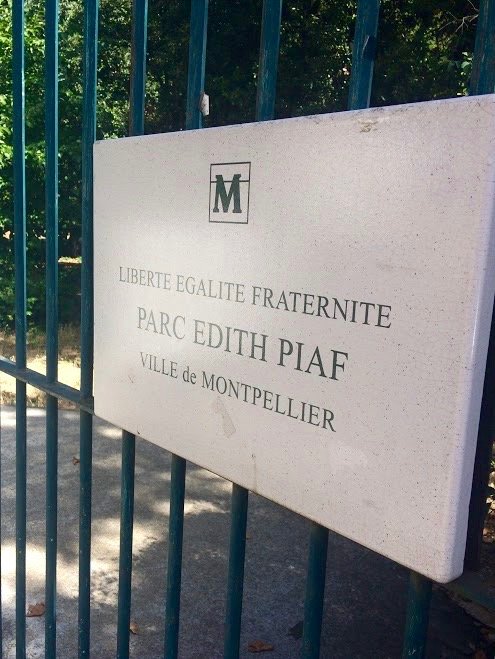 Travelling is fantastic, but the inevitable burn out does happen. Mine happened after an hour walk to Montpellier Zoo; I wasn’t used to the intense heat and the action-packed days had finally caught up with me. Sunstroke had me wasting two and a half hours chugging sparkling water in the shade of the zoo’s giftshop.

The next day I wasted a substantial amount of time walking to Parc Edith Piaf. I am a massive fan of the famed French singer, and eager to experience some sort of link to her on my visit. I walked out the touristy centre of Montpellier, and discovered that the grand sounding Parc Edith Piaf was in fact in quite a dodgy area.

Day drinkers greeted me, rather than modern day chanteuses! It was a bit of a let-down as I felt like I’d wasted my short time in the city. There's a nifty Lonely Planet guide to the city, which I wish I’d thought to have read.

TIP: Research before you go to make the most of your time.

On my way back from Parc Edith Piaf, I managed to catch a beautiful view from the Opera House. There’s always a silver lining to each situation, and it's important to see the good wherever you go, even if things aren’t going exactly to plan! I learnt a lot from my mishaps that will certainly help in my future travels. 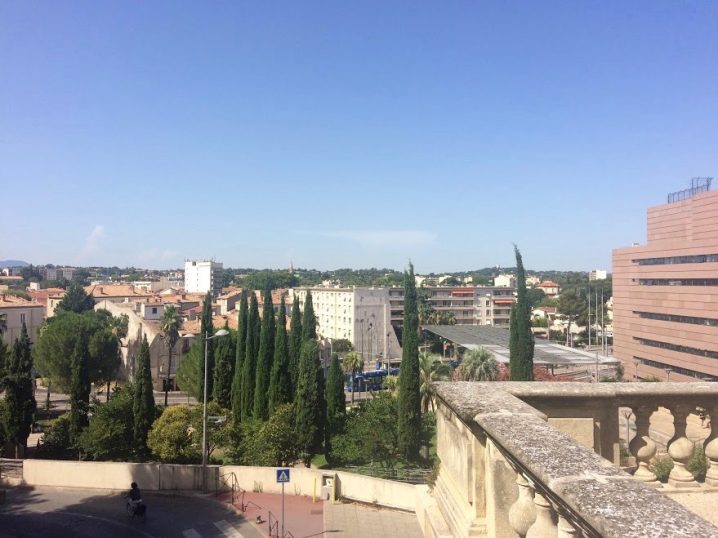 Make sure to check out the Foreign Commonwealth's Travel Aware website for the best tips before you go! 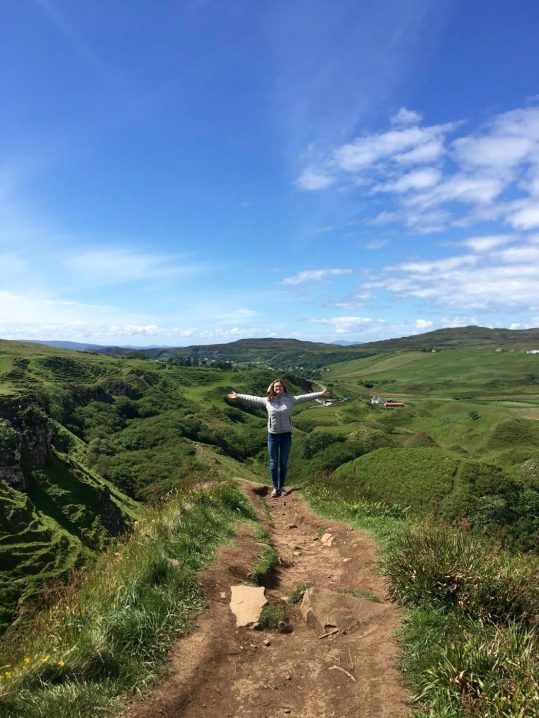 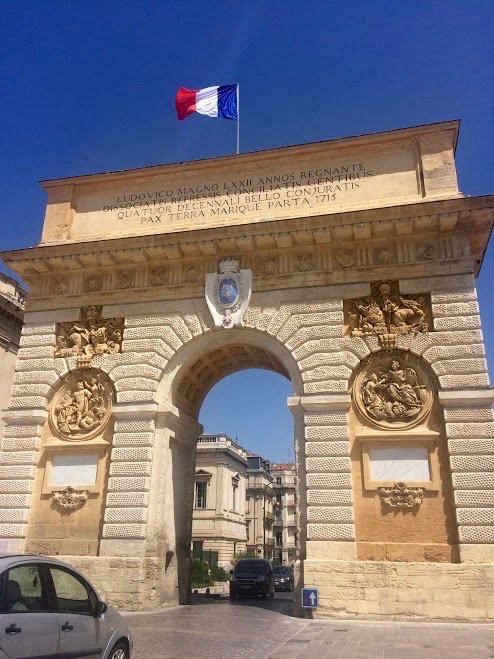 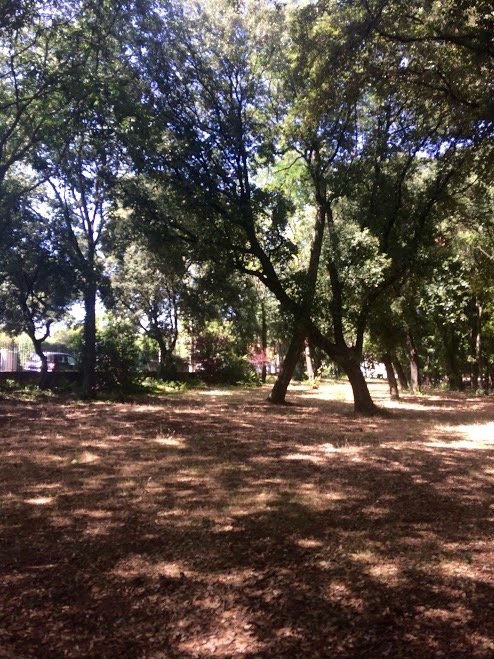 This article is written by Kirsten Robertson. Kirsten is an avid solo traveller and a Student Ambassador for the UK Foreign Commonwealth Office Travel Aware campaign. For more information about how to #TravelAware, visit the Foreign Commonwealth's website.