My first 24 hours in Mexico City didn't exactly go according to plan. Here's the funny story of my Mexico experience and being a gringo in Mexico City.

When they said: ´Be careful walking in Mexico City at night.´ – I took a cab from the airport.

When they said: ´Mexican men love blondes and will throw themselves at you,´ – I reverted back to being a brunette.

But within 24 hours of landing in Mexico City, both had happened!

I seem to have a habit of picking cab drivers who don't really know where they are taking me. I got dropped off, he pointed, I got lost and found myself wandering the streets of Mexico City at night until a very drunken local escorted me to the hostel (he seemed perfectly fine when I asked him for directions), then swaying and swearing he took me to where I needed to go.

So my plan of yet again being taken ‘door to door‘ backfired! 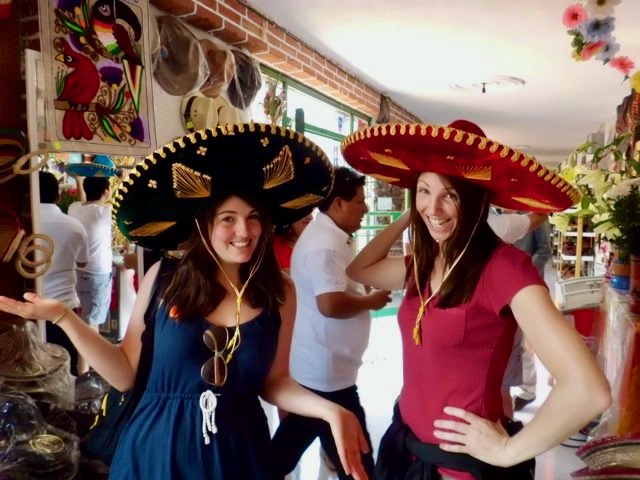 And the second Mexico experience…

Well rather than a Mexican man throwing himself at me, technically I threw myself at him. It happened during a ride on the metro when the train decided to jolt suddenly as I took a handful of nuts from my bag and was flung across the carriage towards an amused-looking Mexican man.

In true chimpanzee style, I grabbed hold of the bar and pulled back with all my might and was left swinging with one arm (the other hand still holding the nuts – peanuts that is!) in front of the face of the Mexican man. Luckily no body contact had been made which says more than the incident which happened only 10 minutes before… 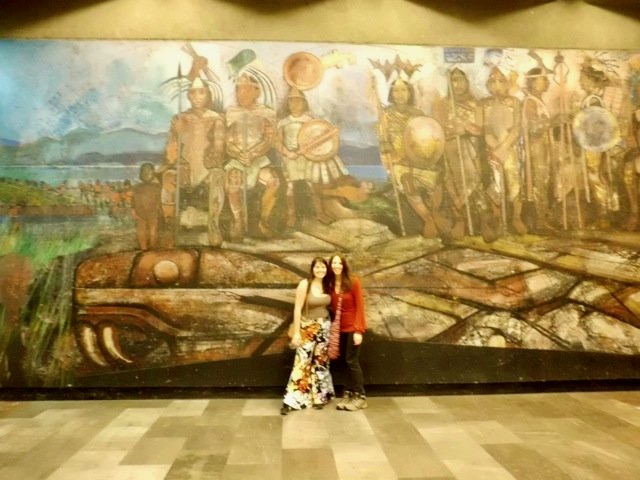 Now, I've been in my fair share of metros and I know that I have to ‘mind the gap' if there is one, I know that there's no ‘underground etiquette,' and everyone forgets their manners and pushes on, and I also know that when the beep sounds, the doors are about to close. But all of that totally goes out the window when the people you are with jump onto the carriage and you are about to get left stranded on the platform.

In my panic, I forgot my manners – I had to get on that train and as the beeps sounded I pushed on (my pet hate!) and squeezed myself between the locals and then the doors closed, only they didn't fully close because something was jammed in the door – MY FOOT!

Admittedly, I didn't feel anything as I was breaking in my new trekking boots in (now well and truly broken in!) I pulled my leg to free it but my foot was well and truly jammed and had to be rescued by two men standing next to me who prised my foot out of the way then the doors promptly slammed and the train was off.

What a way to start your first 24 hours in Mexico!

N.b. The Mexican metro is so cool!  Instead of names, they have pretty pictures for the stops and they even have a pink line! (It's only 3 Pesos too = 15p)