During my travels in Belize, I stayed in a Mayan village and share my experience in this post

It had been a two-hour journey. I had taken a bus through dirt roads in Belize to a Mayan village just five miles from the Guatemalan border. After a quick motorbike ride and a walk through a small creek, I entered the village to a strange moaning sound and the villagers standing around a white animal with crimson pouring from its throat. I had just arrived to a freshly slaughtered pig and a man bent down stroking it gently as it took its last dying breaths. 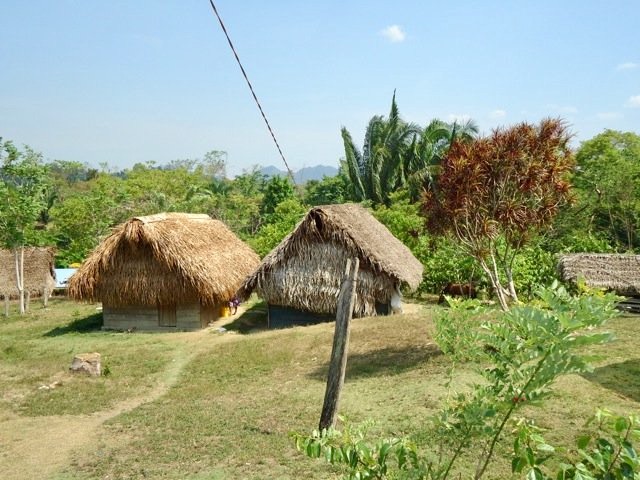 ‘Sit,' said the grandmother, one of the ten families who took part in the homestay, beckoning me to a hammock hanging in the kitchen. Within minutes I had fallen asleep, knocked out by the fresh air, amongst the chickens roaming around beneath my hammock. 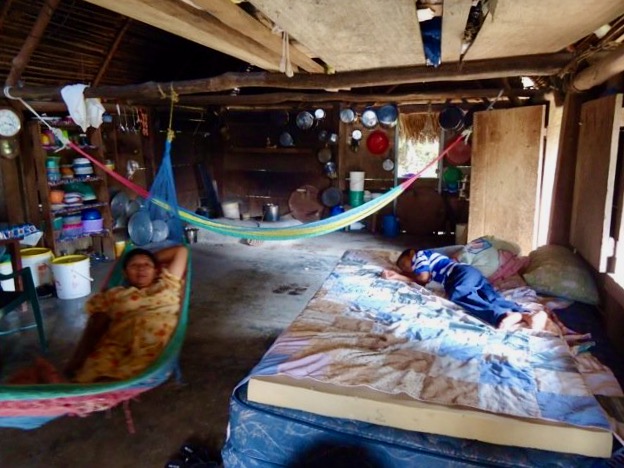 As night fell, I played matchstick games with the young children and danced with the teenagers then I slept and was awoken in the morning by the Mayan grandfather as he prepared himself for the three-mile walk to the Cocoa field to harvest the chocolate seeds. 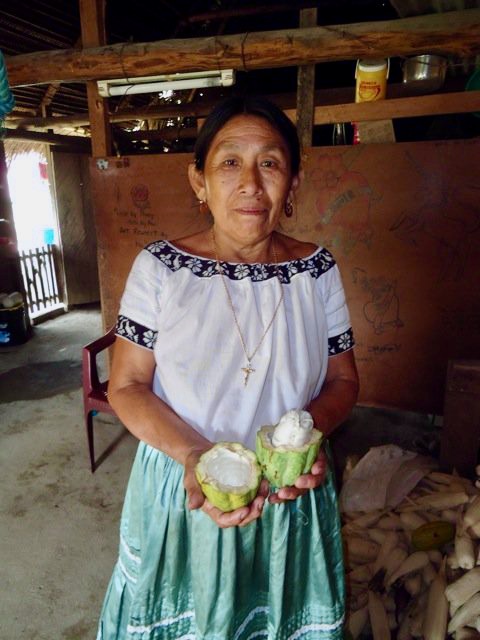 In the modern world, he would be retired but in the Mayan culture, there was no rest for an ageing worker. This was their livelihood and once a week they took their fresh produce to the nearest town to sell. I would be accompanying them on the 5 am bus in two days' time. 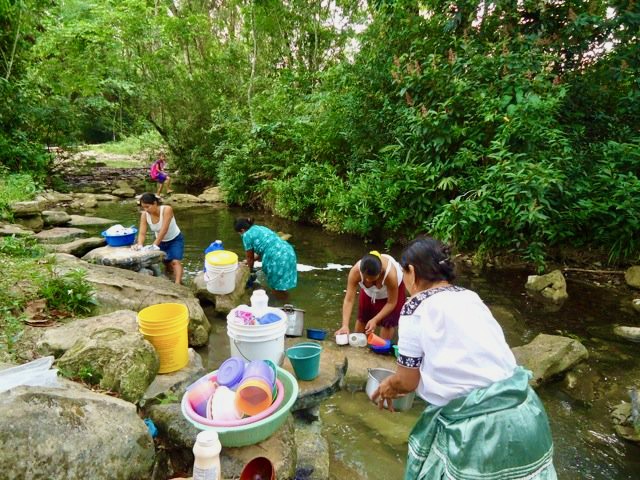 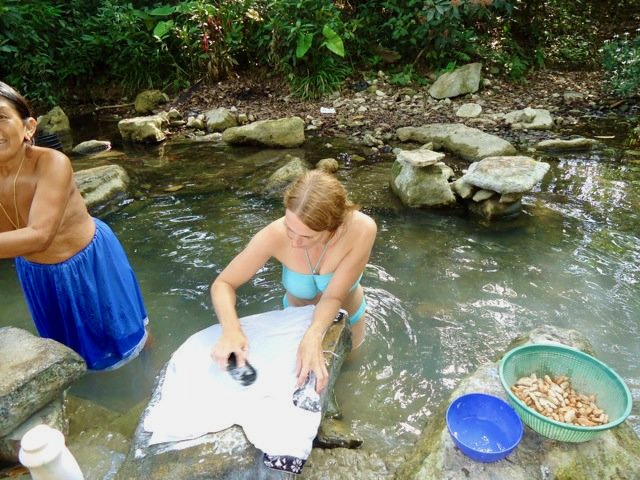 Pulling my weight and helping out 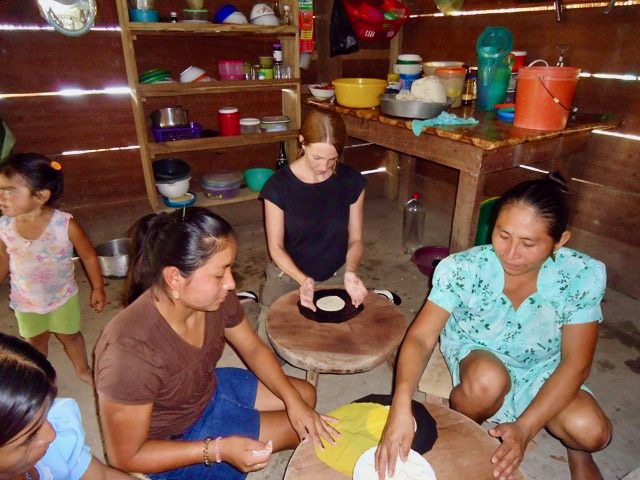 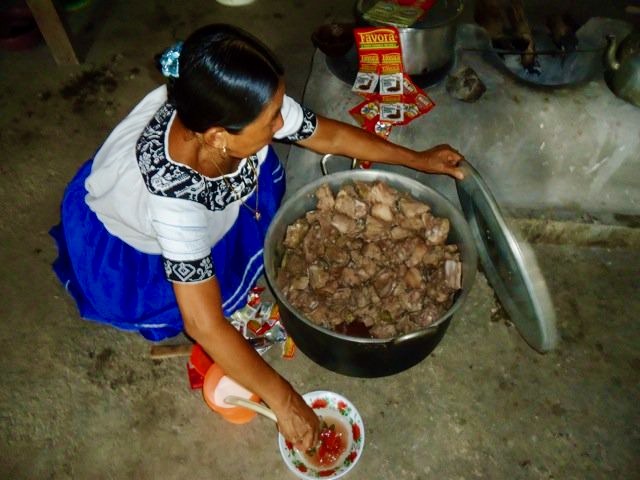 You can't get fresher pork!

Then it was time to sleep ready for our 4 am start. 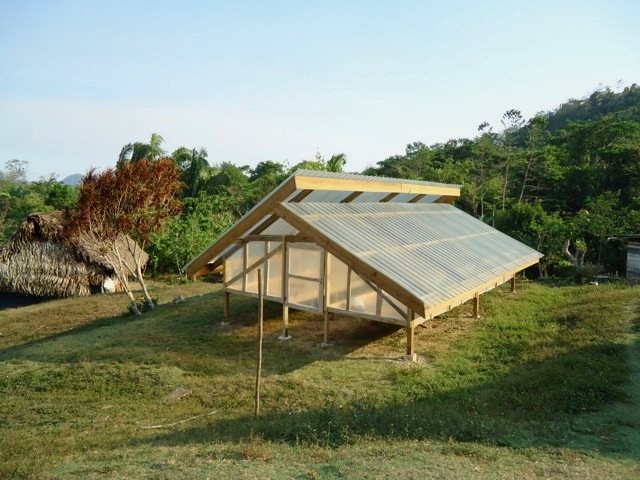 The drying of the chocolate seeds takes 7 days

The grandmother wearing flip-flops was as nimble as a mountain goat carrying my daypack uphill and across the river as I shone the light of my torch in her path to the spot where the bus would stop. 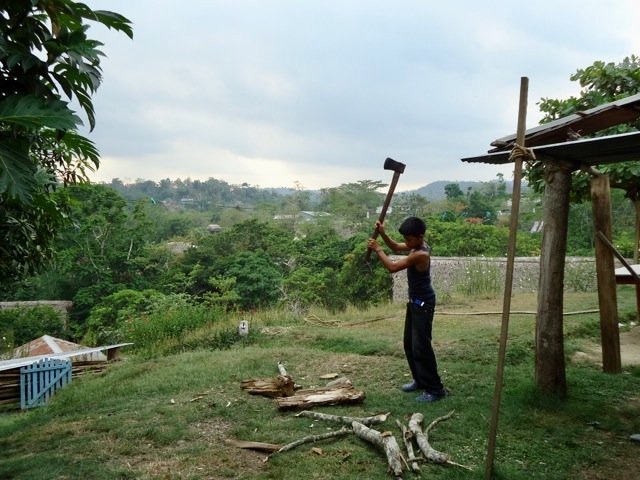 It had only been a brief glimpse into their sustainable way of life and their basic way of living. Family and faith play a large part in the Mayan culture and although modern-day living is beginning to influence their lifestyle with mobile phones and electricity, I have no doubt that they will continue to maintain their rich Mayan heritage far into the future… 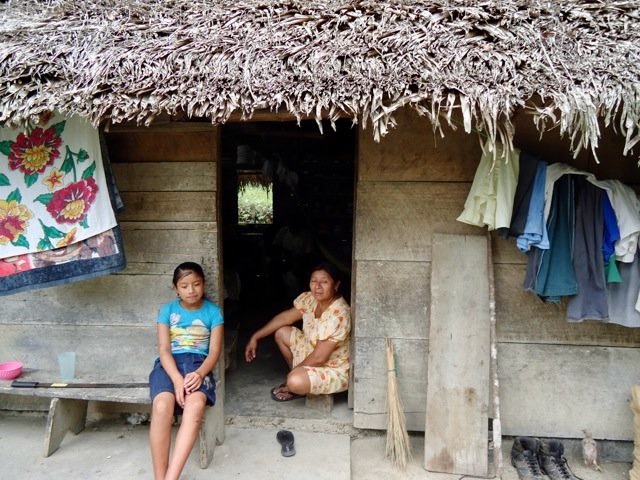 I took part in the Mayan Immersion programme through Belize Travel Services. All proceeds from my Mayan Village experience go to the Mayan community to help sustain their way of life.

5 thoughts on “My Mayan Village Experience”