‘You smoke?' says the taxi driver who has just picked me up from the airport and is taking me to downtown Amman.
‘No thanks,' I reply as he proceeds to light a cigarette and drive at the same time.
Forty five minutes later we arrive downtown. 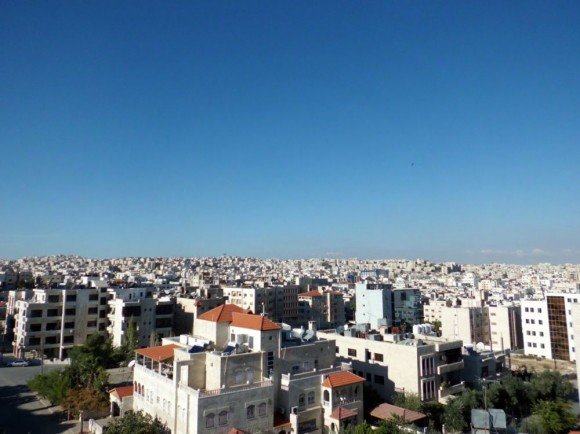 The city centre in Amman is actually quite small. You can walk around it in less than a day and see all of the sights by foot. The Turkish Mosque is a must-see, beautifully decorated, you cannot actually go inside but just gawp at its stunning design from the outskirts. 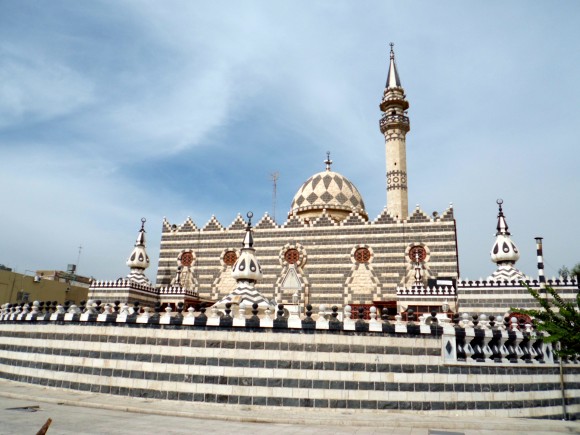 The Roman Theatre is a great architectual feat. Sit and obeserve how it must have been  back in  the Gladiator days. There's even a folklore museum where the lions used to be kept  until released  in the arena for battle. 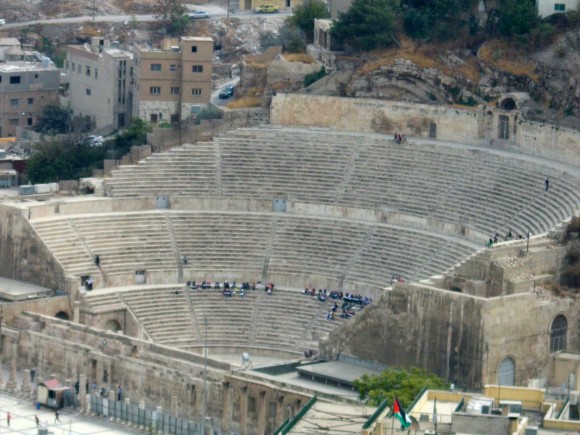 The Citadel sits on a hill above the city and is the perfect place for panoramic views of Amman. It's peaceful, historic and the best place to people watch. The museum has artifacts dating back centuries and will take you back through the years, teaching you all about the Islamic and Jordanian culture. 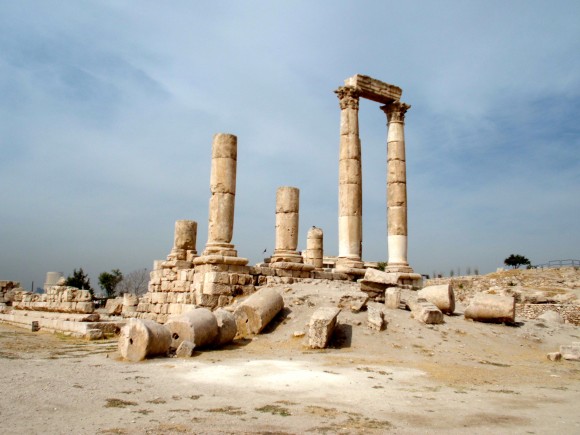 On The Verge of a Revolution?

The mood has changed. The tyres burning in the middle of the road are an indication of the unrest in the town. We all reach for our scarves and wrap them around our heads careful not to draw attention to ourselves. People line the street chanting and waving sticks. We drive past slowly, one of the party taking pictures from the window.

‘Put it away,' says another.

We drive through the small town in silence. Neither of us wanting to say anything. This is the second protest we have seen in less than an hour.

There are protests happening across the country of Jordan in reaction to the sudden increase in the price of fuel. The people are not happy with the decision and two cars have been set alight in my next port of call. 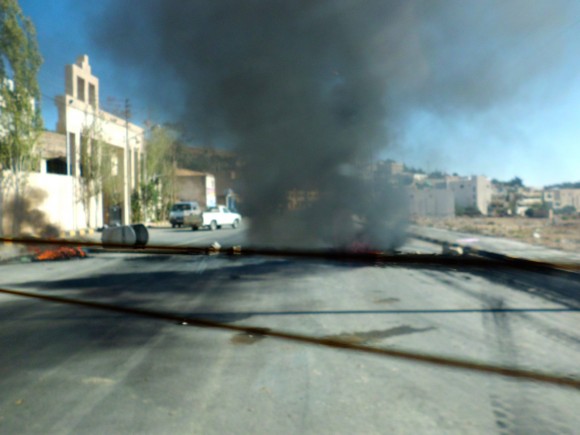 The road is blocked by flames

Last night I received a call from the manager of the hotel I was staying at.

‘You cannot travel tomorrow,' he says. ‘It is too dangerous for a woman by herself. We cannot take you to Karak.'

I go to sleep and wonder how I going to get back to Amman when I wake. Luckily I am not alone, an American family I have been to Petra with are heading in the same direction. They give me a ride and I am so grateful that I am not alone.

As we approach Jordan's capital, the Foreign Office warns of protests in the city and all entry is blocked. I am invited to stay with the American family on the outskirts. The news is calling it the beginning of an uprising in the last neutral Arab state. How true this is, we do not know.

What happens tonight will reveal whether I have just witnessed the start of a revolution or just a day of angry protests.

Either way I am glad I am leaving tomorrow… 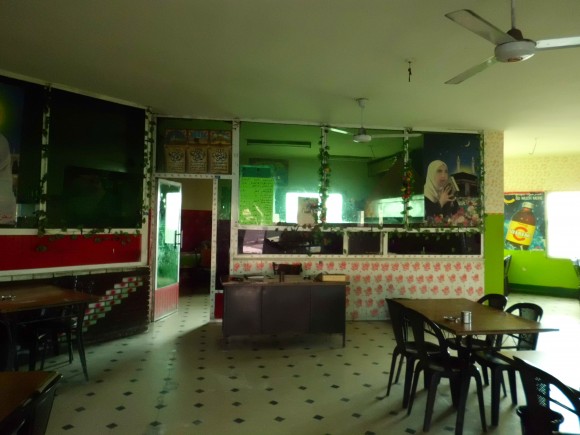 Things Are Getting a Little Strange

On the road from Wadi Rum to Petra, we stop in a restaurant for some coffee. There is a strange atmosphere.

Pictures of women with their heads covered praying adorn every wall; the Koran is playing in Islam over the television and there is a separate room for the women to eat!

Needless to say, we did not stay around. 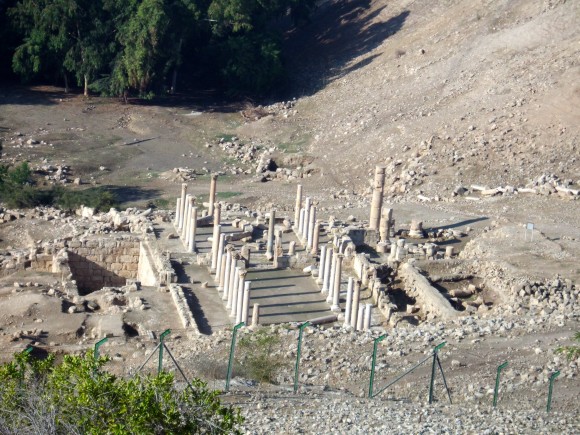 Wow, what a day my final day in Jordan has been. Haven woken ready to leave this turbulent country, I am now sad to depart.

My first stop was Jerash – the second most popular tourist destination after Petra, known as ‘a Rome away from Rome' with its ancient Roman ruins. 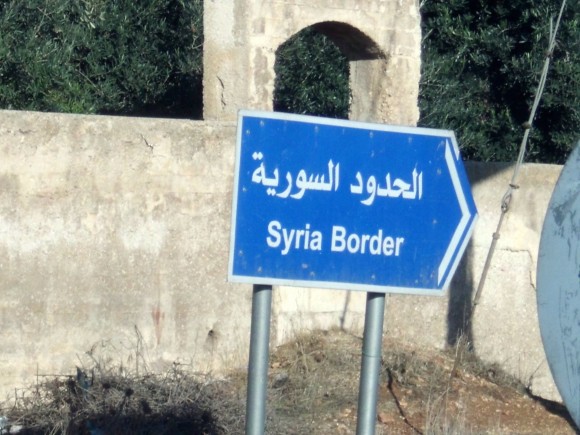 Umm Qais is 110km north of Amman and is the perfect viewpoint to see the surrounding borders; the Sea of Galilee in Israel, Syria and Lebanon. The old Decapolis city is made out of black basalt and is the only place that has a black and white amphitheatre and church.

For anyone visiting Jordan, this place is a must see and shouldn't be overlooked. 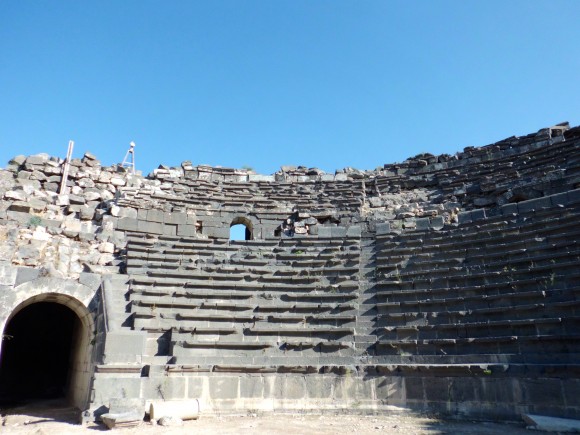 The black and white Amphitheatre 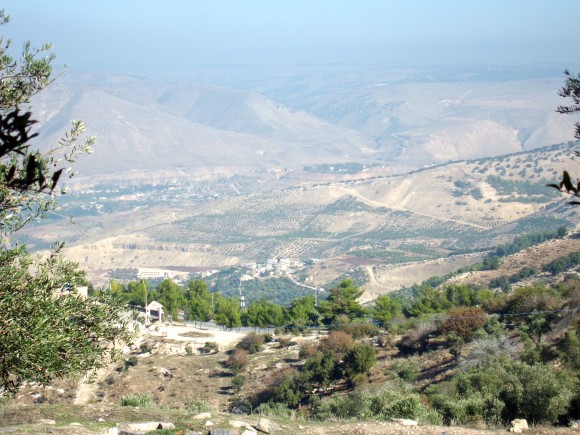 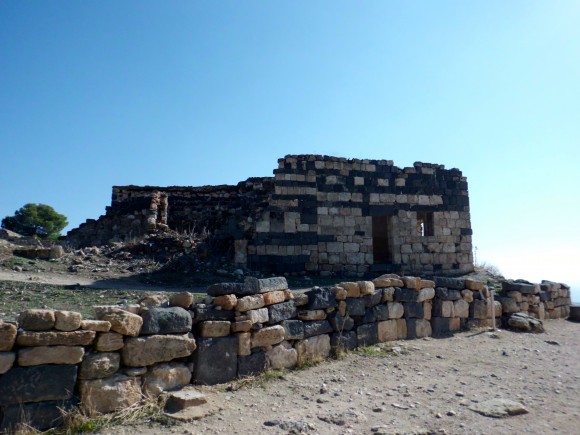 With only 45 minutes until I had to leave for the airport, I threw myself straight into the lowest spot on Earth and bobbed about, smiling and laughing at the dead sea monsters entering the sea (careful not to swallow any salt). The Dead Sea is lined with luxurious 5 star hotels all cashing in on its natural health spa properties. Some even charge the equivalent of £50 for access to their private sections of the sea. As a backpacker, I chose Amman Beach, a private beach that is more suited to a traveller's budget of £15. 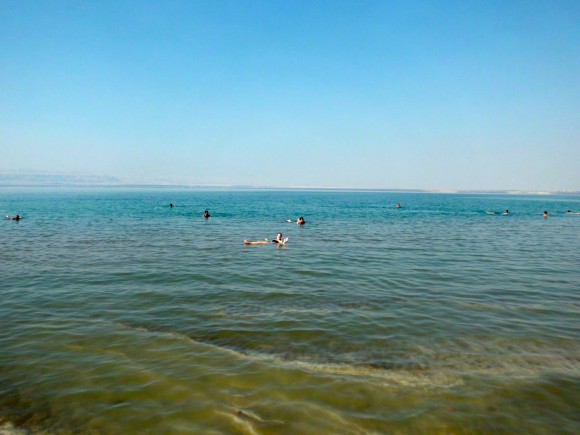 You may need a magnifying glass but I'm the one waving

With the sun beating down and cooking my face, it was time to wash off my salty muddy mask before heading off to the airport. Just before I was in the safety of the airport, we passed the burnt out embers of a car in the motorway – evidence of the protests the day before. Eight hours after my tour began, I left Jordan happy that I had accomplished my sightseeing mission and happy that I was still in one piece. 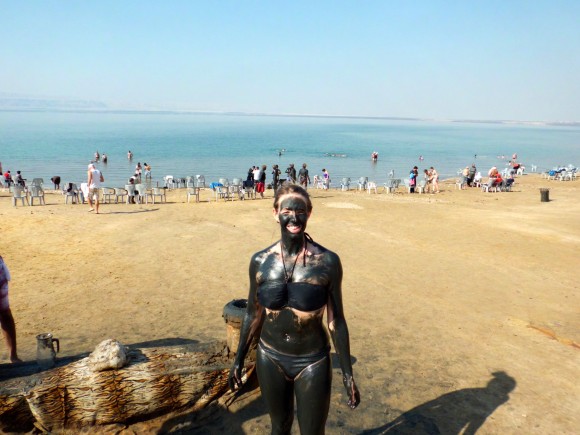 I travelled to Jordan as a solo female. If you're looking to travel alone to Jordan, there is lots of advice to help you plan your trip on the Girl about the Globe website. Read: Solo Travel in Jordan