Going into San Pedro Sula on the bus, a man sat opposite who I had been viewing suspiciously as a would-be robber, took his fancy necklace and put it in his bag.

This was an indication of the dodgy city we were about to go into if a local even took off his expensive jewellery. I'd heard about the capital; about the buses that could get held up at gunpoint and I must admit I was a bit afraid.

‘Don't go outside the bus terminal,' I had been warned.

This city is known as the most violent city in the world and the Guardian has even run a recent story about the danger of the Honduaran capital. 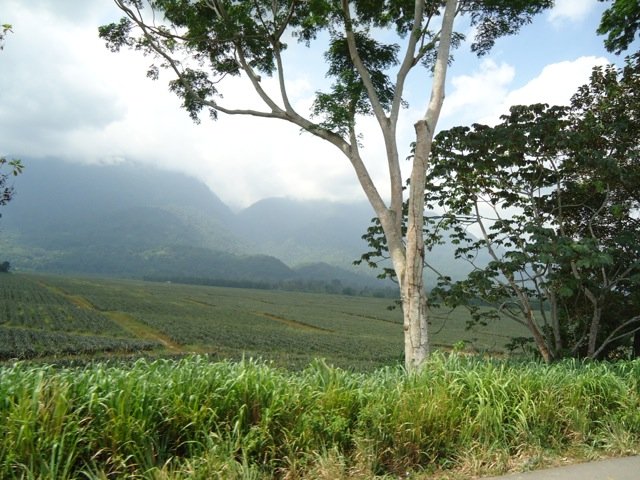 The lush landscape changed as we grew closer to the capital and as we drove through the streets, my heart flipped as I noticed a body laying face down on the floor in a homicide position that I've only ever seen on CSI. We weren't even in the centre and I had just seen my first dead body, then thankfully he moved! But this hadn't done anything for my nerves and I was scared of being stranded in this city overnight, where hostels were regularly broken into whilst people slept.

Once we got to the terminal, one of the men on the bus grabbed my bag and started to walk fast with it over his head through the bus station. I followed closely along with the few other westerners on the bus. We had to catch that last bus to the port. There was no way we were going to get caught in the city.

I pointed to the little Honduran man who was rushing up the escalator with it. We ran to keep up with him. Luckily it only contained my clothes and shoes; my valuables were always kept close in my daypack. 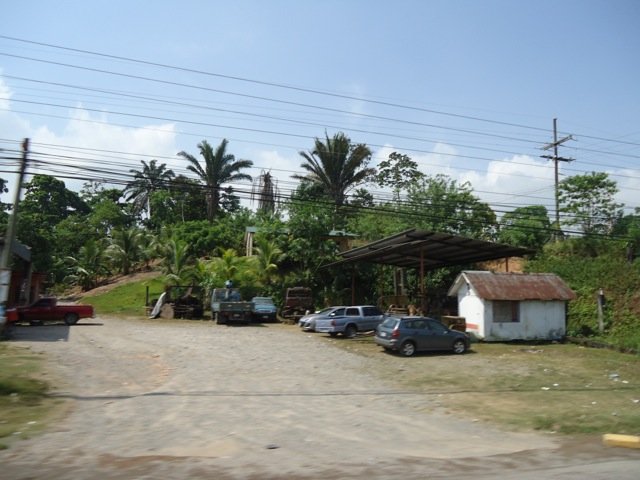 The terminal was full of security guards with big guns, adding to my paranoia. Then after what felt like an age of following him, he stopped and pointed. He had brought us to the terminal for the bus we needed to get to the port and he was hurrying as we only had 5 minutes before the last bus left!

So, if you're travelling through San Pedro Sula, just be careful and stay in the terminal, but you may be lucky enough to get a nice friendly bus boy like me, who will escort you to your next destination…