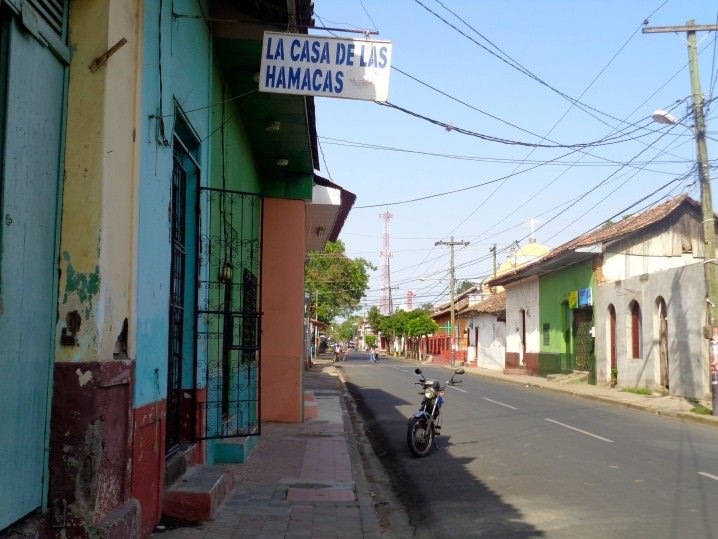 There are some places you arrive at and immediately think “why did I come here?” Not because the place is dangerous but because it really wasn’t what you expected.

Leaving Lake Ometepe, I travelled onwards to Masaya. After flicking through an outdated Nicaraguan guide book in the hostel in Liberia, I had landed on the page for Masaya. Listed as a city with a unique flair, I was lured by the artisan market, the colourful hammocks, tranquil lake and of course – the active volcano. 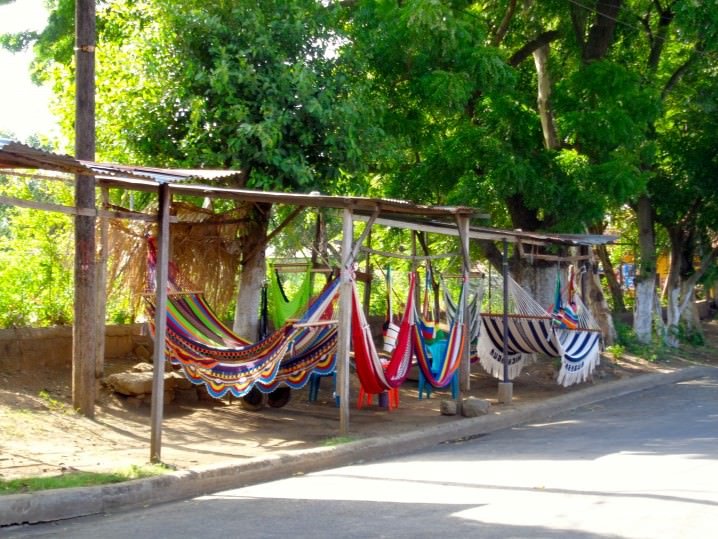 The bus dropped me off in what I had presumed would have been a bus station but instead, it was at the side of a roundabout. I had no idea where I was, or even in which direction the city was. Seeing an old woman (the only other person who had climbed off the back of the bus) jump in a taxi, I followed her. Squashed in the back with my bags I indicated that I was heading to the centre – accommodation unknown.

After dropping the lady off in a residential area he pulled into a wide street and stopped outside a building that resembled a guest house. He pointed at the sign, helped me with my bags, and off he went. Unlike other places I had stayed in Nicaragua, this was dark and the rooms had no light. My room was basic, dark, with a tiny window which opened into the building and a huge noisy fan. With only one night here I set out to explore and see if this place really lived up to the guide book. 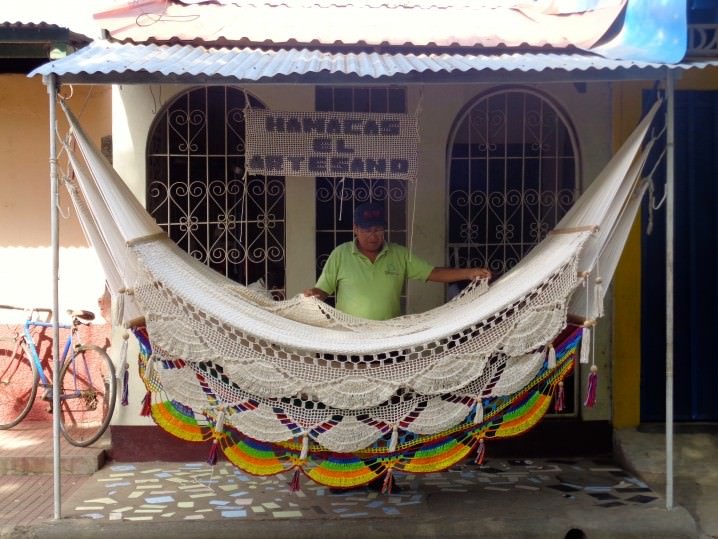 Following the road to the river, it was slowly dawning on me that maybe this wasn’t the place to really come at all. The nearer I got to the river, the more I seemed to move away from people and civilisation. Stopping to ask a security guard if this place was dangerous, he smiled back at the obviously stupid question, shook his head and pointed the way to the river.

I passed what appeared to be the artisan shops with hammocks all colours of the rainbow. Taking a left-hand turn, I found the lake. 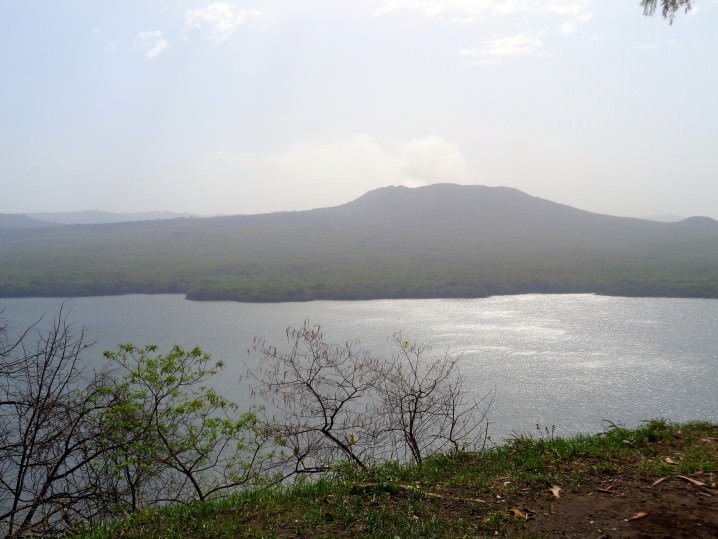 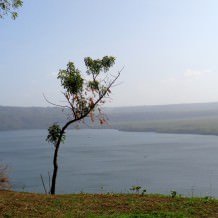 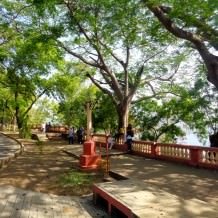 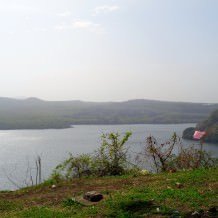 Teenagers and couples lined the lake and I tried to squeeze past to take a photo of the view, I felt as though I shouldn’t really be there.

Walking back I passed through a square and was approached by a man offering to show me around the city. He claimed he was a tour guide and showed me his business card. So using it as an opportunity to find out more about Masaya and possibly change my opinion of the city, he showed me around the main areas before inviting me back to his place for ‘payment’ in exchange for his services as a guide.

Seeming confused when I rejected his ‘proposition,’ he eventually took my offer of cash and cycled away leaving me wishing I had declined his tour in the first place. 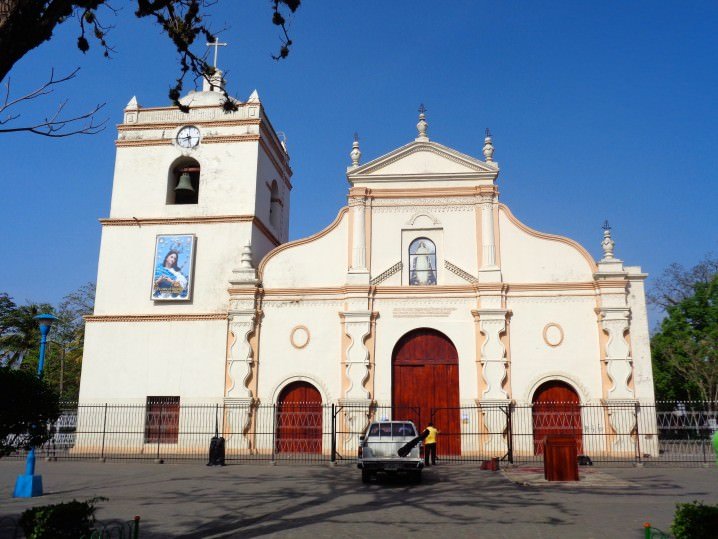 That evening I found what resembled a restaurant and ate what resembled a chow mien, thankful for Fear Factor being shown on the huge tv. For an hour or so I lost myself in some normality and escapism from the city that I had chosen to visit. Maybe if I had been with someone else it wouldn’t have been that bad, but being alone I was ready to leave.

Masaya does have an active volcano and a cute colonial square but I really did feel as though I stuck out with my blonde hair and pale European skin. If you need some peace and quiet for a night or two then yes, stop here. But if you’re looking for company and more, then maybe bypass Masaya (unless you want to look up my ‘friendly' tour guide). Sorry Masaya!

* Obviously this is just my opinion and others may find it an amazing place. I did find a really friendly shopkeeper so don’t let me put you off travelling here. I’d love to hear your opinions of Masaya below. 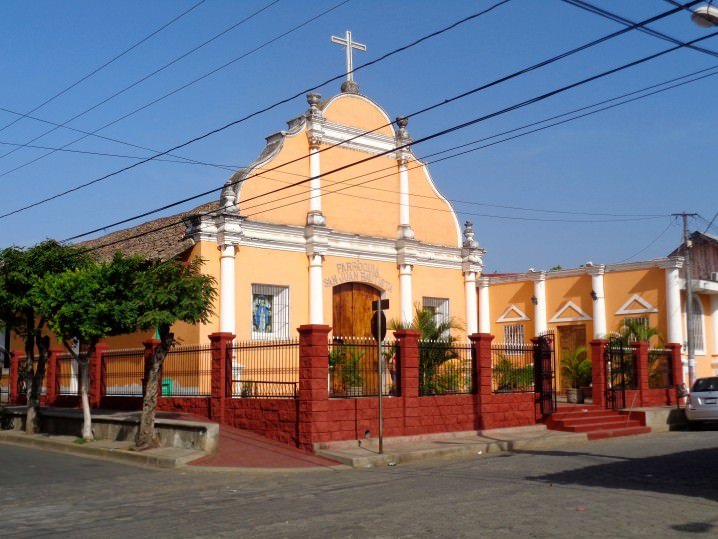 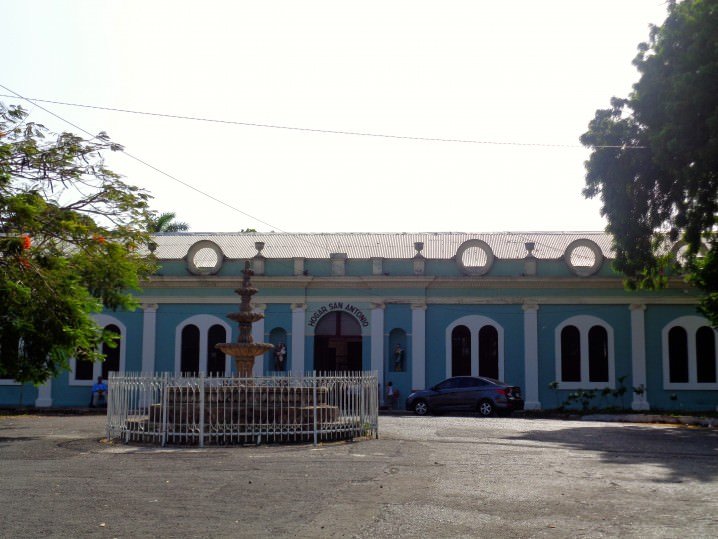 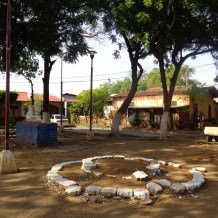 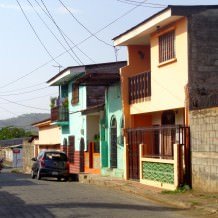