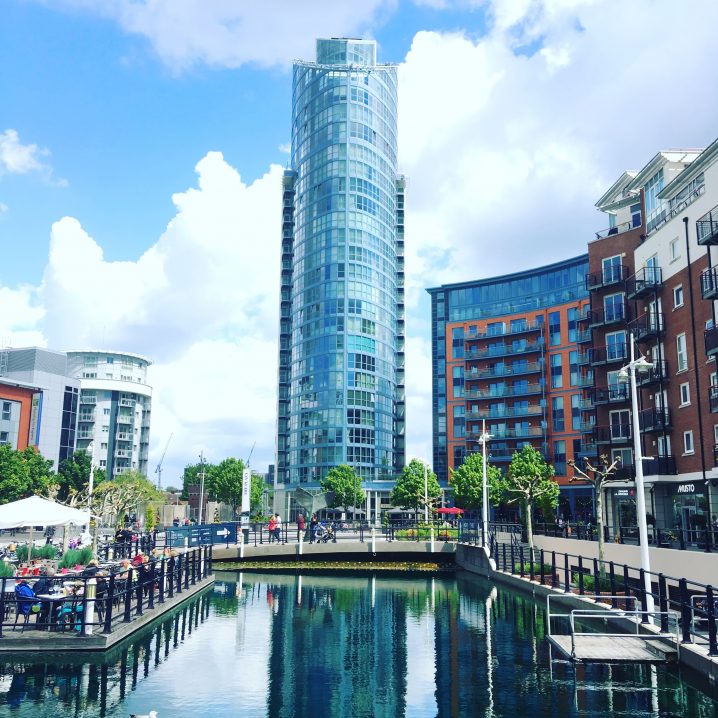 Every month I share an update of what is happening in my life and share a life lesson that may help you wherever you are in your journey.

May was the launch of Solo Summer. With my goal to get as many women on the road as possible every month for Solo Summer I am launching a new product or special offer to encourage women to go solo. This month’s offer is coming next week (3rd June 2019). Join our Facebook group or sign up to our newsletter to get notified when the offer starts.

We can’t always afford to travel, so in those moments when we can't, we can learn to appreciate our own country. This month I’ve been doing just that and exploring my own backyard on a staycation. 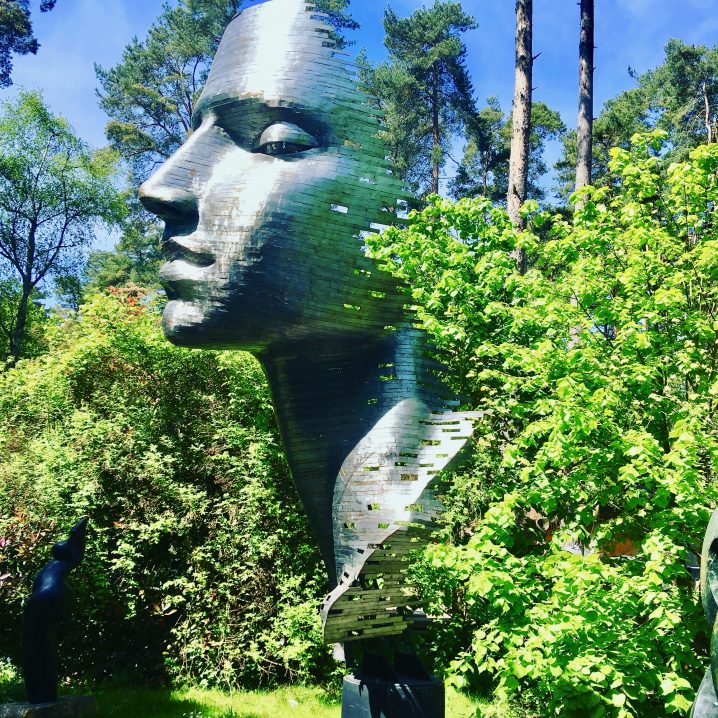 The Sculpture Park, near Farnham

Staycations are also a great way of testing yourself for a solo trip. You can experience what it’s like to be a traveller for the day, do something touristy, find a cafe by yourself and just enjoy your own company. If you’ve never been abroad before, this can give you the confidence to book a trip by yourself.

I’ve discovered places that I didn’t even know existed before such as the Sculpture Park in Surrey, visited places that I’ve always wanted to go and never had the chance to before – the Solent Forts – and re-visited an island that was once a place for my childhood holidays (the Isle of Wight). And I’ve gained a new appreciation for my roots, especially seeing it from the panoramic platform at the top of the Spinnaker Tower. In fact, where I was born is actually pretty cool!

Portsmouth is a port city on the coast of the south of England. It is rich in maritime history and also literary history with famous authors such as Charles Dickens, Rudyard Kipling and H. G Wells all having previously lived here. Being on the coast, it is only 10 minutes away from the Isle of Wight by hovercraft and there are international ferries to France, Spain and the Channel Islands (where I once lived and worked). 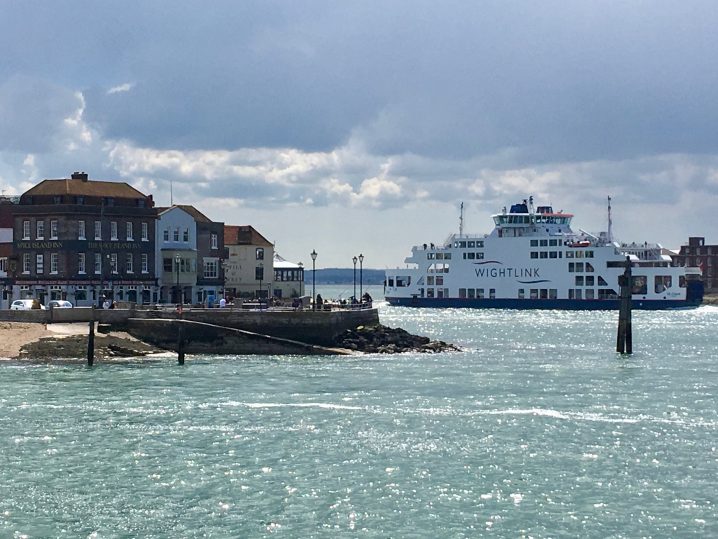 A ferry to the Isle of Wight passing by Old Portsmouth

It has so much maritime history. Portsmouth Dockyards are home to HMS Victory (Lord Nelson’s ship), the HMS Warrior (the largest and most powerful warship of her day), and the Mary Rose – the warship of the Tudor King, Henry VIII. It is said that Southsea Castle is where Henry VIII apparently watched his beloved ship, the Mary Rose, sink to the bottom of the water.

Across the harbour in Gosport is the Royal Navy Submarine Museum, where you can see the only remaining Second World War era submarine (and look through the periscope!)

The city has so many forts to explore such as Fort Nelson, a defensive fort on the top of Portsdown Hill (which I used to call “Chalk Mountain” when I was a kid), with tunnels and artillery to discover. 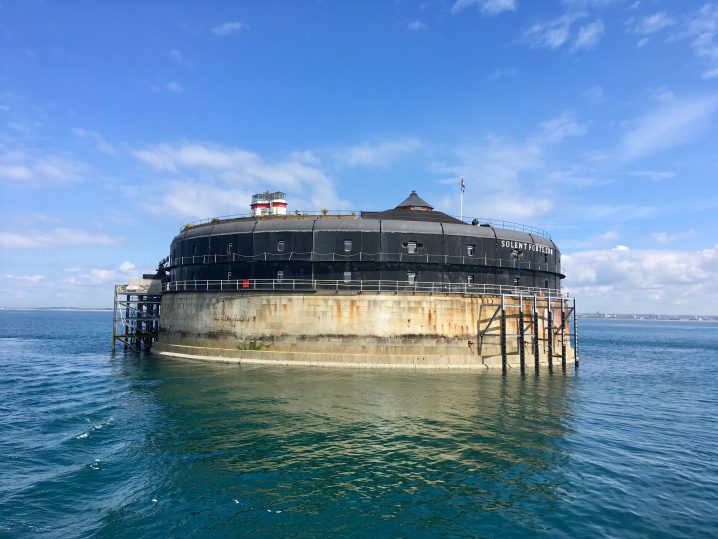 But the best forts are the ones in the Solent. You can’t beat taking a boat ride from Gunwharf Quays to one of the three forts in the Solent off the coast (there are four but one is privately owned), which was built to protect Portsmouth Harbour from the enemy. You can pop across for an afternoon tea, take part in a cocktail mixing class or just relax in the hot top on the upper level and watch the cruise ships sail past.

This month, Portsmouth is hosting the country’s national event to mark the 75th Anniversary of the Battle of Normandy and the D-Day Landings, and apparently the President of the United States is attending (no comment). 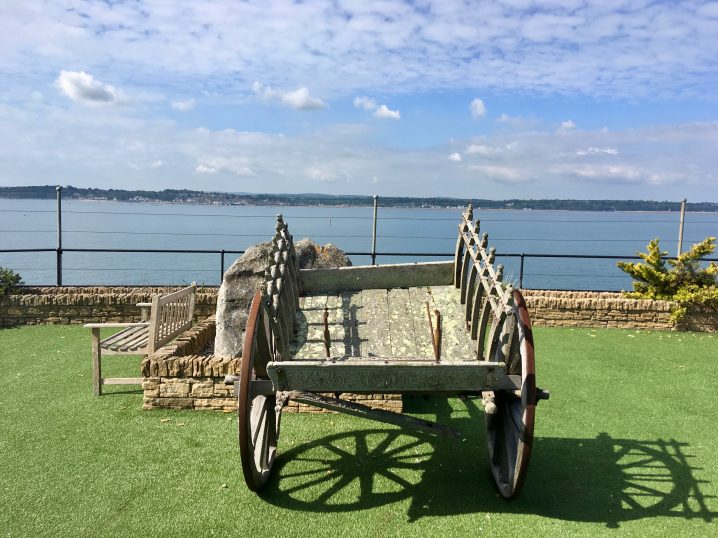 On top of No Man's Fort in the Solent

It’s so surprising what’s in your home town when you start researching. I spent years travelling and living abroad and wanting to escape my home town. Being back this year has given me a new appreciation of my roots.

Summer is also the perfect time to try something new. Never really one for water sports (I’m more of a land girl), I tried sailing for the first time and was at the steering wheel of a RIB, thanks to an open day at my local sailing club. Having grown up by the sea I have never taken advantage of the Solent. And it made me realise that there’s a whole world out there just on my doorstop. 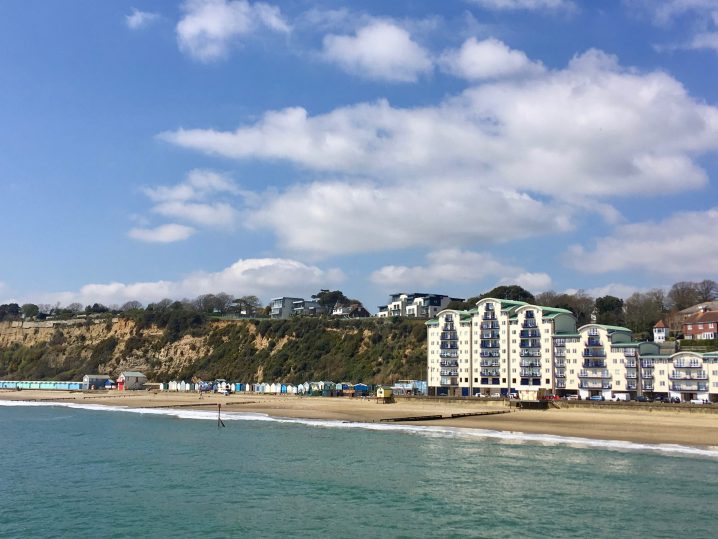 Sandown on the Isle of Wight

So the lesson for this month is that there’s always a new way to see a place, whether it’s up high in a tower with a panoramic view or whether you’re trying something new such as exploring it from the waters edge on a boat.

If you’re unable to travel abroad this summer, is there somewhere in your home country that you’ve always wanted to go? Maybe you could go on a day trip, or try a new activity for the first time? There’s always an experience to be had… 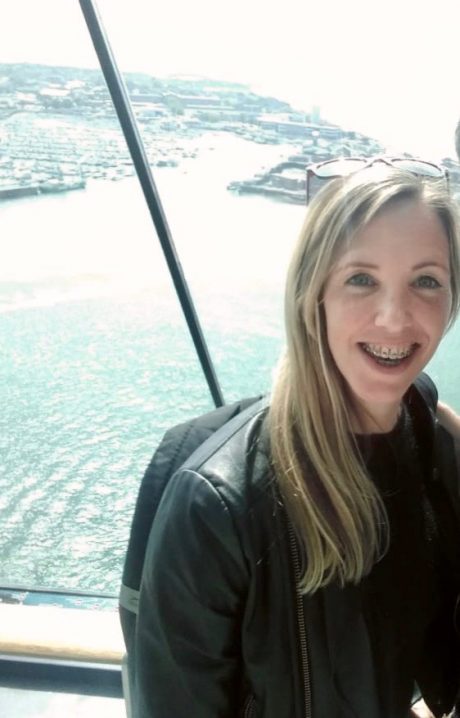 At the top of the Spinnaker Tower in Portsmouth

I am so sad to end the post on a devastating note. I didn’t know whether to include this on my post but I wanted to honour the life of a wonderful travel blogger. Rachel Jones from Hippie in Heels tragically passed away this month. Although I had never met Rachel in person she kindly agreed to do an interview for my site and I also did one for hers. We exchanged numerous emails and her warm, friendly personality shone through. Rachel was a beautiful soul who inspired so many women to travel to India and I feel so blessed to have crossed paths with her. She will be so missed. Lisa x

2 thoughts on “Monthly Update – Having a Staycation”