Sitting in the VIP room of the best Turkish restaurant in Ulaanbaatar, we’re surrounded by video cameras, each focusing in on the face of the Turkish Ambassador.

The staff are patiently waiting for his cue. Plates of shiny apples, grapes and oranges line the table. I wasn’t aware Mongolia had so much fruit.

And then the feast arrives, bowls of green salad, grilled zucchini and piece of tender chicken, beef, lamb and potato fries. We tuck in and A. Asum ARAR, the current Turkish Ambassador for Mongolian begins his story. 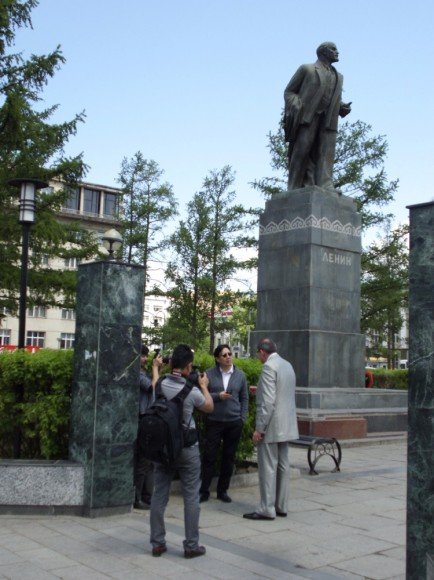 Asum began his political career with the Government in Turkey and moved to Mongolia in 2008. During his four terms in Mongolia, Asum has seen many changes, the most important being the rise in Mongolian economy.

We take a walk through the Turkey/French friendship garden, a little oasis in the centre of the dusty city. Remnants of the harsh winter are evident in cracks appearing in the patriotic statues. ‘Every year we have this problem,’ he says, ‘and I have to speak to the French Ambassador to get it rectified.' 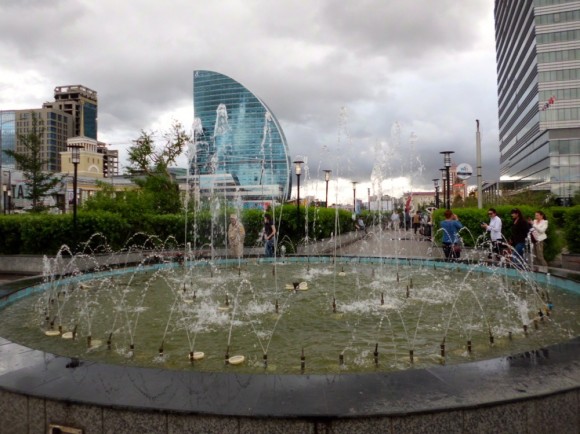 A fountain in the Turkey/French friendship garden

There are many monuments around the city symbolising the links between Turkey and Mongolia and there is a long history between the two countries. Mongolia is the original homeland of both Turks and Mongols and Turks once roamed this vast land. Over 400 turkish period human-like stone statues still stand inside Mongolia. 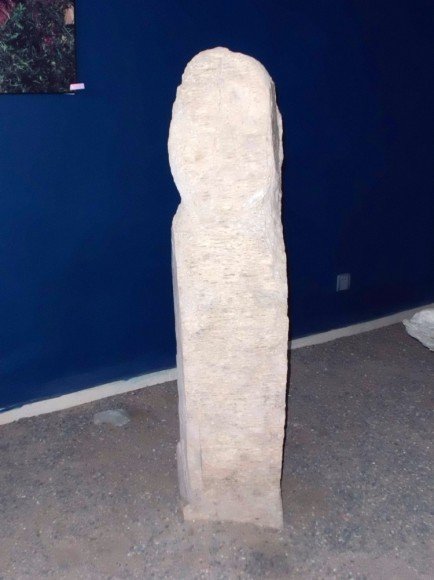 One of the turkish period human-like stone statues

Relations are strong but Asum’s four year term is about to come to an end next month. When asked about his future, the Ambassador is unsure. He is more confident on the future of Mongolia. With the new airline link of Turkish Airlines into Ulaanbatar, the opportunities for growth are endless.

‘It’s a great opportunity for Mongolia,’ he says with pride. ‘Mongolia is placing itself on the map and it just needs the infrastructure and links to be in place then we can take it forward.'

‘These are exciting times.‘ 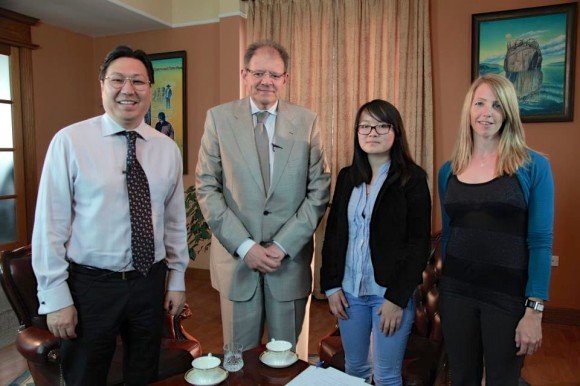 Hobnobbing with the Turkish Ambassador